The funding announced this week by Gov. Eric Holcomb would be part of a broader mix of public and private money envisioned for 21 ideas in Clark, Floyd, Jefferson, Scott and Washington counties. It comes from the American Rescue Plan coronavirus-relief package, which Congress approved earlier this year.

“We couldn't be more excited. This is a very historic moment—and a moment honestly that we didn't miss,” said Dana Huber, chair of Our Southern Indiana, the regional development authority that submitted the proposal.

She said guidance from the Indiana Economic Development Corp. that is expected early next year will help “more accurately figure out where we start.”

But state officials want the federal funds to make up no more than 20 percent of project costs, said Wendy Dant Chesser, executive staffer for the authority. Dant Chesser also is president and CEO of the One Southern Indiana chamber of commerce.

The $50 million grant represents a fraction of the projects’ combined $1.1 billion price tag, according to the proposal. That means private and other government funds will be needed to complete the work on each project. 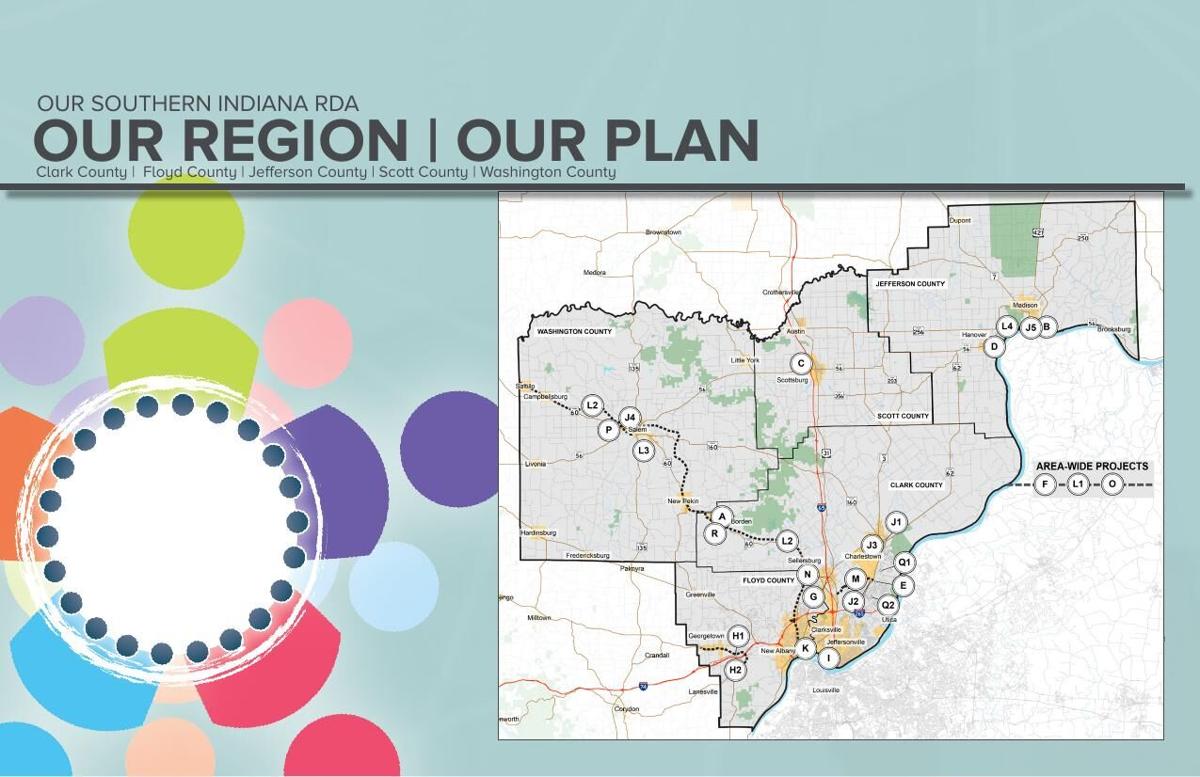 For example, using $2.9 million in the recently approved funds for an early childhood center and workforce training program at the River Ridge Commerce Center in Jeffersonville would amount to roughly 4 percent of the $74.9 million overall cost.

Among the projects the federal funds would support are a $192.5 million mixed-use development in Clarksville; the 110-acre first phase of Origin Park along the Ohio River; a new road connecting River Ridge and Interstate 65; and a youth sports complex in Scott County.

Other counties in southern Indiana also received funding this week. Projects in Bartholomew, Jackson and Jennings counties were approved for $30 million, while Harrison County was among a five-county group that will get $15 million for its proposals.