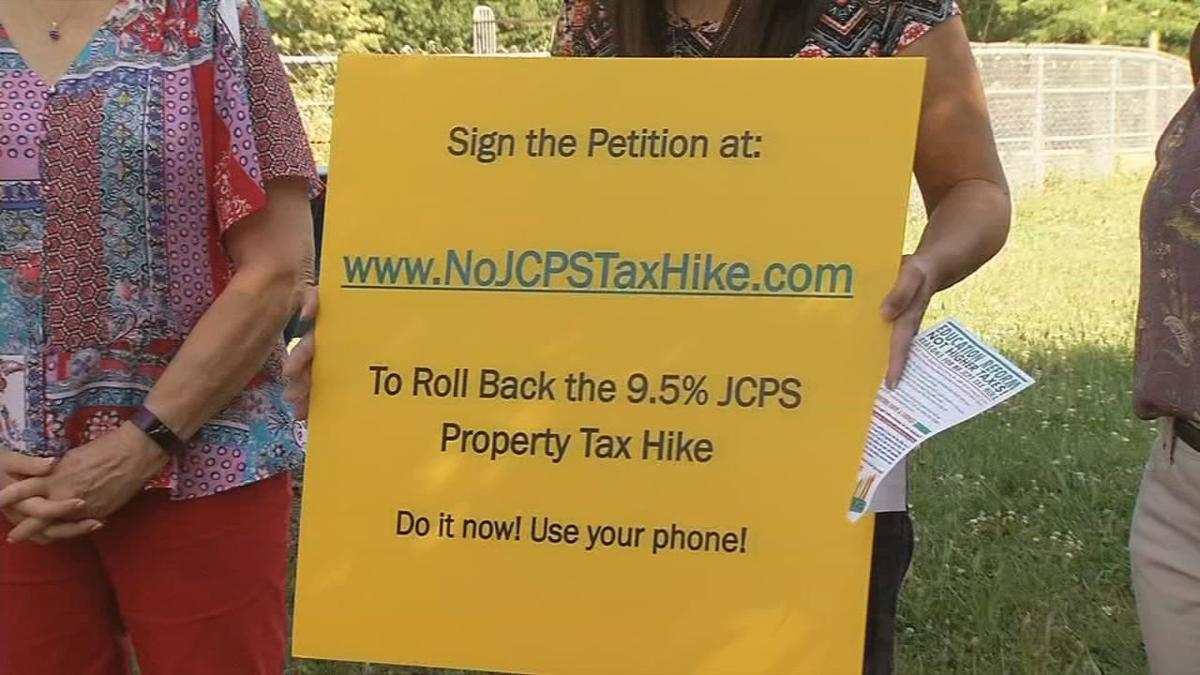 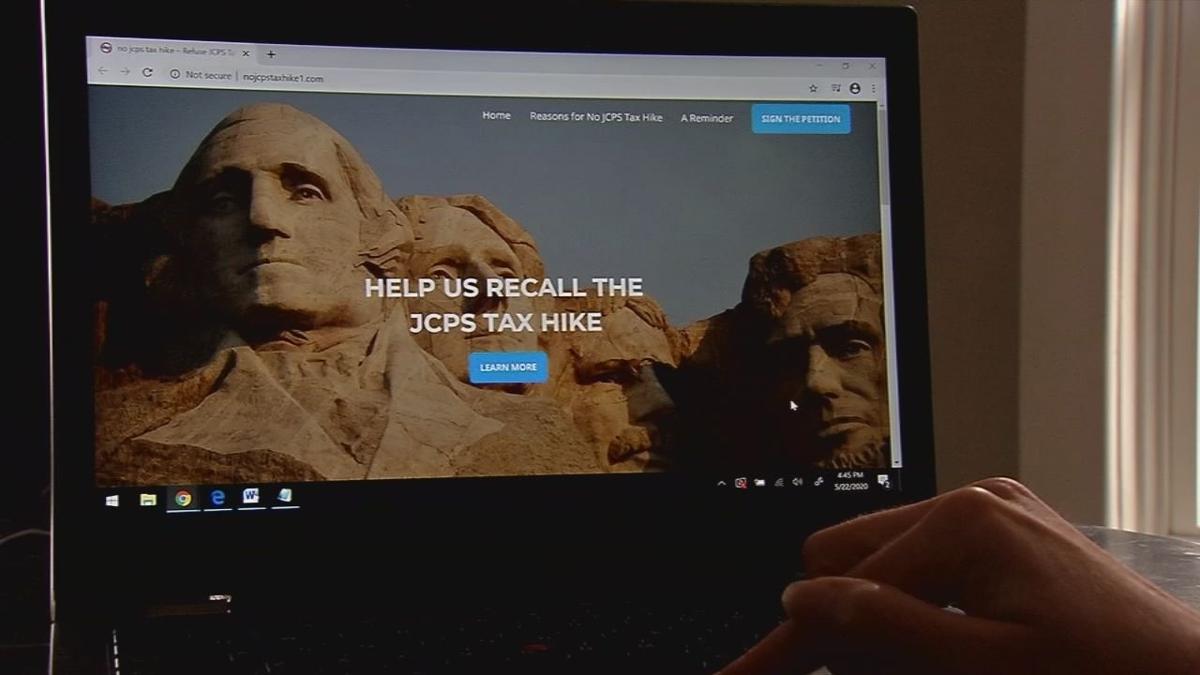 LOUISVILLE, Ky. (WDRB) -- The group petitioning local voters to challenge a property tax rate increase passed by the Jefferson County Board of Education has gathered more than 39,000 signatures but needs thousands more to meet the Friday deadline, one of the leaders of the recall effort said Monday.

Theresa Camoriano, president of the Louisville Tea Party, said the committee formed in opposition to the 7-cent property tax rate passed by the school board May 21 hoped to turn in about 43,000 signatures to the Jefferson County Clerk’s Office on Friday.

The group, called No JCPS Tax Hike, needs 35,615 valid signatures from voters in the Jefferson County Public Schools taxing district to put the rate increase before voters this fall.

Camoriano, an Anchorage resident who is handling the committee’s paperwork and acting as administrator for two anti-tax Facebook groups, said not all signatures gathered by the group online and in-person are “solid.”

Americans for Prosperity Kentucky has volunteered to help spread word of the anti-tax petition in recent weeks, and Republican Secretary of State Michael Adams became the first statewide elected official to voice his support for the effort to put the property tax rate increase, which is expected to generate 9.5% more revenue for Jefferson County Public Schools, to a vote in November.

“Like many of you I’m frustrated by all the problems we’ve had in the Jefferson County Public Schools, and like many of you I’m frustrated that the Jefferson County school board just voted to increase our taxes even higher to pay for their latest wish list,” Adams said in the video posted on his unofficial Facebook page on Friday.

Adams’s late endorsement of the recall petition struck a nerve with James Craig, a school board member who represents District 3 and said the secretary of state never contacted anyone with JCPS ahead of his recording.

“It’s malpractice to wade into a public debate like this without having all the facts,” he said. “The benefit of being a constitutional officer in this state is that everybody will answer your call.”

Craig says he has spent “hours and hours on the phone” with members of the Louisville Metro Council and Kentucky General Assembly in the past three months explaining the rationale behind the 7-cent property tax rate increase, which is expected to generate $51.5 million more in annual revenue.

“The cursory criticisms belie that he hasn’t thought deeply about any of the real issues affecting public education in Louisville,” Craig said. “… It seems to me that he is oblivious to the real challenges on the ground.”

Adams, one of Craig's constituents, said his school board member's comments "reflect the arrogance we’ve come to except from Jefferson County’s out-of-touch school board."

"Mr. Craig thinks only the education establishment is ‘informed’ enough to have opinions about education policy and higher taxes," Adams said in a statement. "On that we disagree: I respect the intelligence of all voters in Jefferson County, and respect their right to decide whether their school board should raise taxes during a recession."

The latter was a point echoed by Camoriano.

“There are a lot of people that are having tough time just staying in their homes, and they don't need this to boot,” she said.

“They're getting plenty of money to do the job,” she added, referring to JCPS. “They just need to reduce their bloated bureaucracy and direct the money and their attention to educating students.”

Craig said district leaders “aren’t looking to Anchorage attorneys for instruction on how to rearrange” the district’s $1.8 billion budget, referring to Camoriano.

Another point of budgetary contention for the group is the cost of transportation for more than 98,000 JCPS students.

JCPS has proposed a revised student assignment plan that would effectively end mandatory busing from west Louisville to middle and high schools throughout Jefferson County and give families in those areas a choice to send their children to schools closer to home.

But to make that plan work, JCPS Superintendent Marty Pollio has said the district needs to build at least one new high school and two new middle schools in Louisville’s West End. He’s estimated that would cost JCPS $139 million and made that a selling point in the district's pursuit of higher tax revenues.

Exactly how much JCPS will save in transportation expenses if the student assignment revisions are approved by the board is unclear.

“It’s believed there would be cost savings under the proposed changes to the student assignment plan,” JCPS Communications Director Renee Murphy wrote in an email to WDRB News. “We don’t know what that amount would be at this time because we don’t know how many families would select the closer to home option, if approved.”

Craig, who said transportation spending as a percentage of the overall JCPS budget is comparable to other school districts in Kentucky, doesn’t expect the change will save much, if any, money.

As the Friday deadline approaches, Camoriano isn’t surprised that the anti-tax committee is still looking for signatures for its recall petition.

“I knew this was going to be a tough battle,” she said. “When I brought the affidavit in to the county clerk's office, they told me nobody has ever done it, so that tells you right off the bat, that it's not an easy thing to do.”