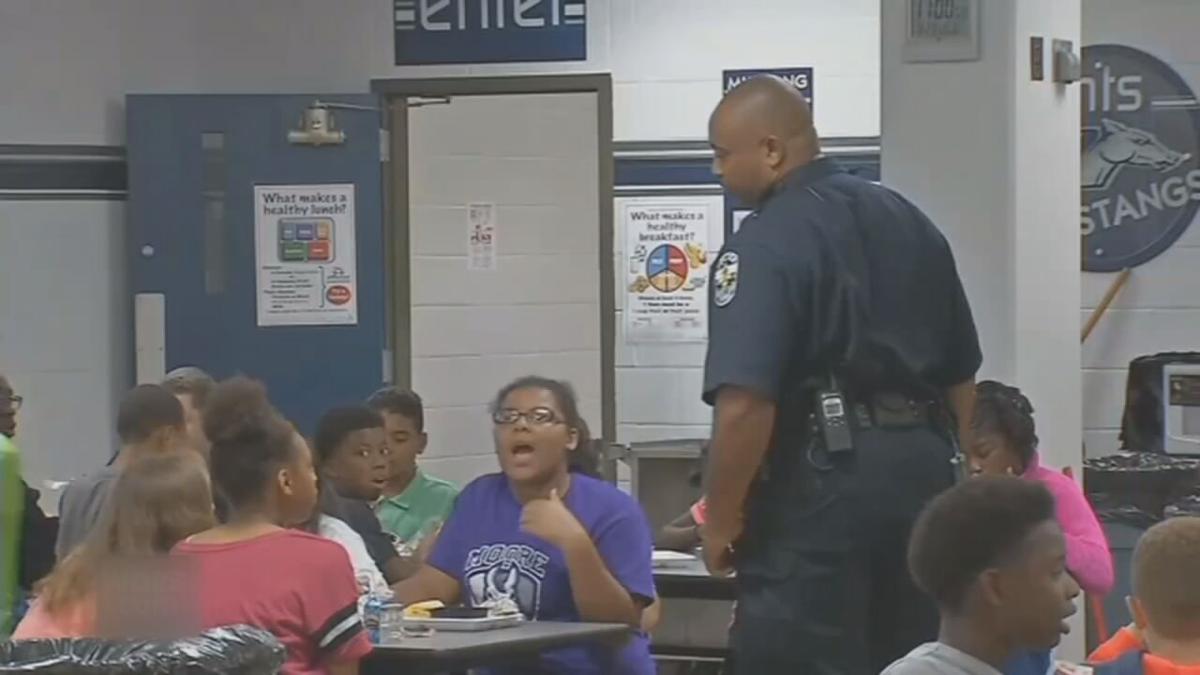 An LMPD officers walks through a JCPS cafeteria. 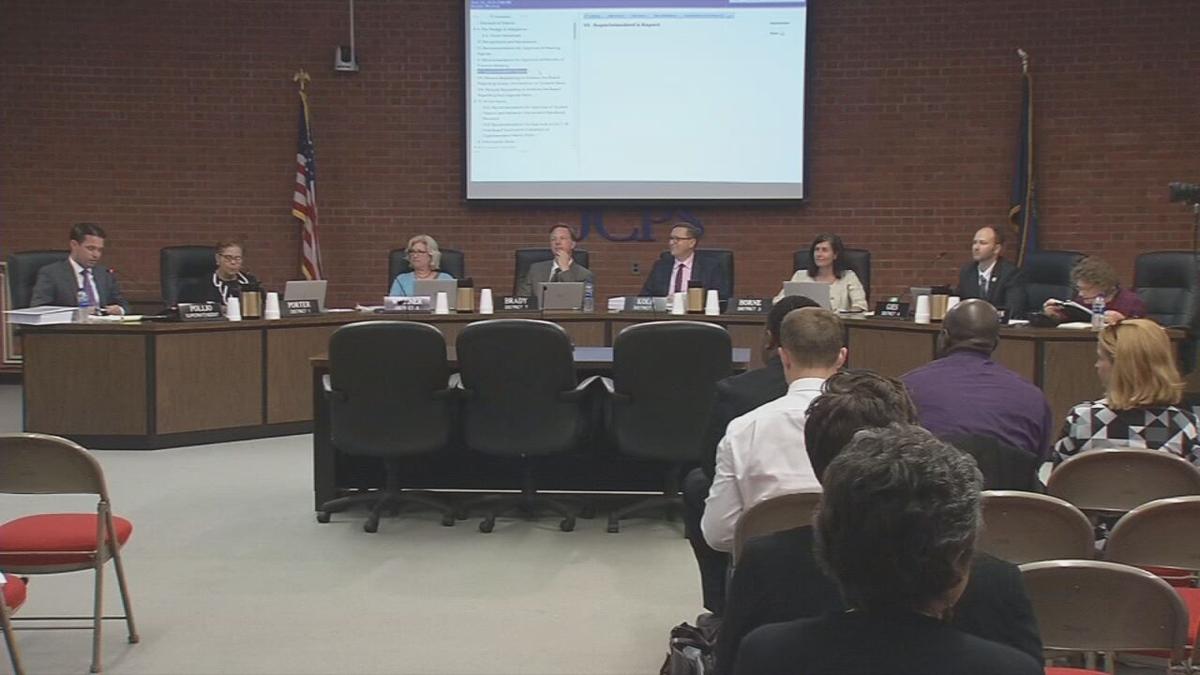 Jefferson County Board of Education meeting. 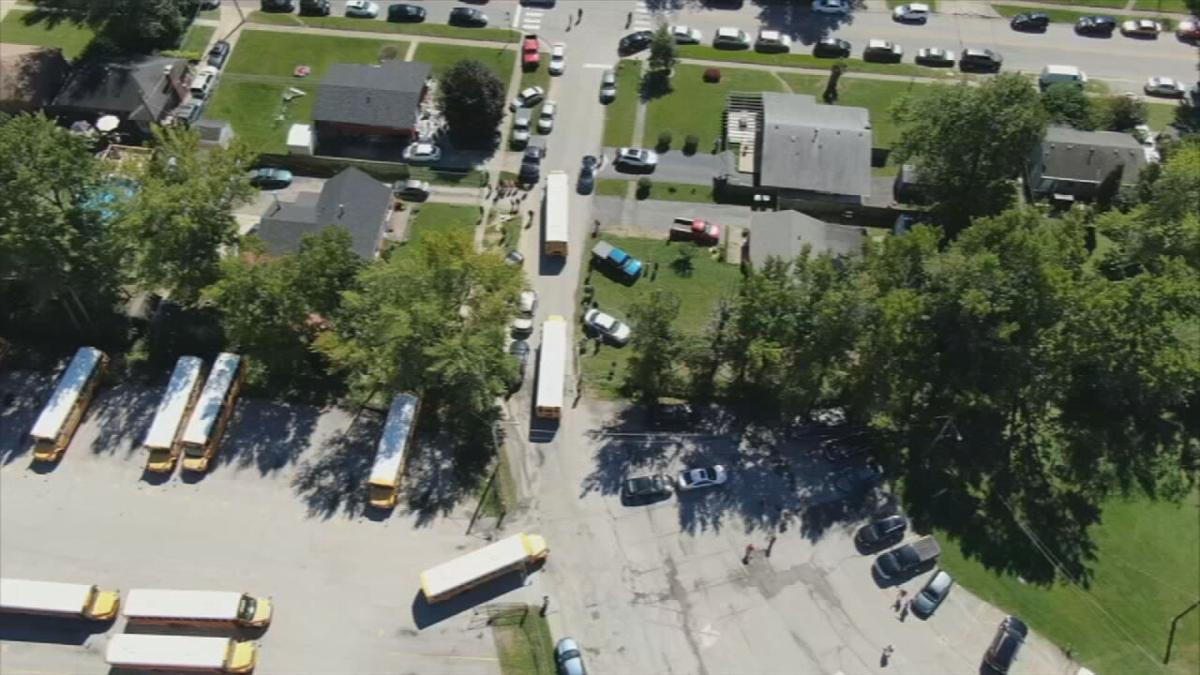 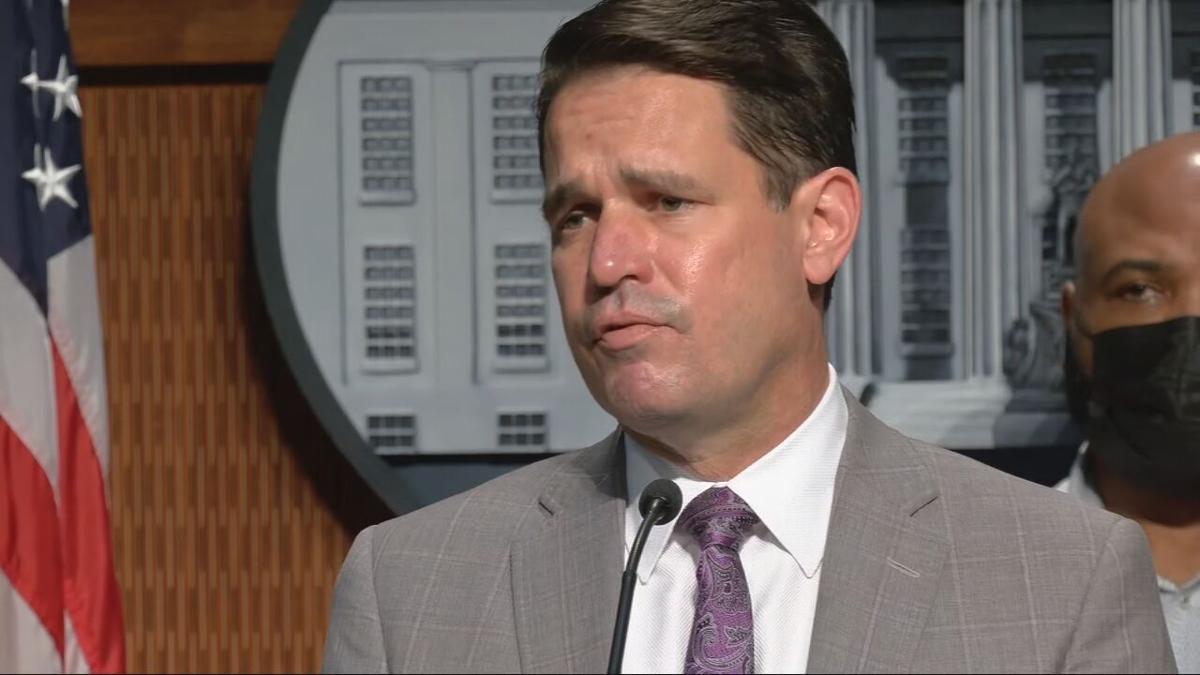 An LMPD officers walks through a JCPS cafeteria.

Jefferson County Board of Education meeting.

LOUISVILLE, Ky. (WDRB) -- A member of the Jefferson County Board of Education hopes to soon continue discussions of creating a school security force for Kentucky’s largest school district.

Board member Linda Duncan, who represents District 5 and has frequently backed plans for school security officers in Jefferson County Public Schools, says she wants the board to schedule a work session to resume talks of starting a school security team at JCPS, which has been without school resource officers since the 2019-20 school year.

“I think we’re pretty much finished with the policy,” she said during an interview Friday. “We worked several months on the policy that we wanted to use to structure our own police force, and I think it’s pretty much ready to come to the board.”

Duncan’s comments come days after Louisville Metro Police Chief Erika Shields said she would “be leaning in on the board” at JCPS to develop an internal security team.

Talks to create a force of armed school security officers at JCPS stalled at the onset of the COVID-19 pandemic, which prompted the district to shutter classrooms for about a year. The 2021-22 school year is the first since the pandemic began that JCPS schools are holding in-person classes on traditional schedules.

“We are dealing with a very difficult gang issue in the city. Many of our gang members go to these schools,” Shields said during a news conference Wednesday after a drive-by shooting at a bus stop that killed 16-year-old Tyree Smith, an Eastern High School student. “... Without having dedicated school resource officers who are trained in identifying gang members, identifying potential conflict, having that constant ongoing communication, we are lacking critical intelligence.”

JCPS Superintendent Marty Pollio, who also spoke during the news conference, said the district’s administration was poised to offer its recommendation on creating a school security force before the pandemic struck, though he said he was unsure whether such officers would have prevented Smith’s death.

“We'll be talking about that with our board,” Pollio said.

JCPS has been without school resource officers after budget constraints prompted Louisville Metro to recall 17 LMPD officers from schools and back into regular patrols and contracts for 11 officers at other local law enforcement agencies failed to pass the JCPS board on a split vote.

The district had 215 in-school security monitors on staff or as substitutes as of Sept. 14, according to records obtained by WDRB News.

Kentucky school districts are required to have armed officers in every school as funding and qualified personnel become available by law, though a bill pre-filed for the 2022 legislative session by Rep. Kevin Bratcher, R-Louisville, would require such officers in schools regardless of available money and staff by Aug. 1.

The 2020-21 annual report from Kentucky School Security Marshal Ben Wilcox showed that 43% of schools throughout the state had officers assigned to their campuses.

I am absolutely disgusted that it took @LMPD Chief Shields less than six hours to cynically use the murder of a child to push for a measure that will do nothing to improve safety and will further marginalize black students. Shameful and reprehensible. https://t.co/3KFrNhGXtI

“I am absolutely disgusted that it took LMPD Chief Shields less than six hours to cynically use the murder of a child to push for a measure that will do nothing to improve safety and will further marginalize black students,” Kolb wrote on Twitter. “Shameful and reprehensible.”

But Duncan said she appreciated Shields’ support for school security officers at JCPS.

“I was glad that the police chief brought it up because I think that’s what she was thinking,” Duncan said. “We’ve lost that connection, that intel connection that we have had in the past with what’s going on in the community, what we needed to know about at school to maybe stop some activity that would be harmful to others.”

Staffing a school security team, if the board passes such a policy, would pose a challenge for a school district already grappling with employee shortages. Officers would also have to undergo hours of training before they could be assigned to schools, Duncan said.

“I think our approach would be to begin to place officers that we could hire, begin to place them in our schools that are showing the greatest need for having that support,” she said.

McIntosh said in a message to WDRB News that with LMPD already short-staffed, JCPS would face “serious logistical hurdles” in recruiting candidates.

Violence in the broader Jefferson County community “isn’t something that the schools alone can remedy,” she said.

“Those of us that have been in education for a long time have been sounding the alarm over youth mental health for years,” McIntosh said.

“Whether it is efforts to prevent young people from making poor choices or giving students tools to respond in health ways when exposed to violence, even indirectly, that has to be at the forefront of our conversation. Officers can play a meaningful role in that work. It is imperative to understand we can’t simply ‘police’ our way into a peaceful community.”

The board is scheduled to meet again Oct. 5.