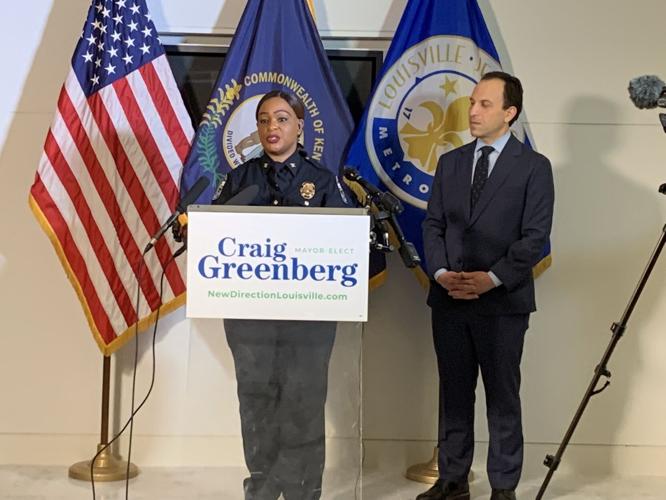 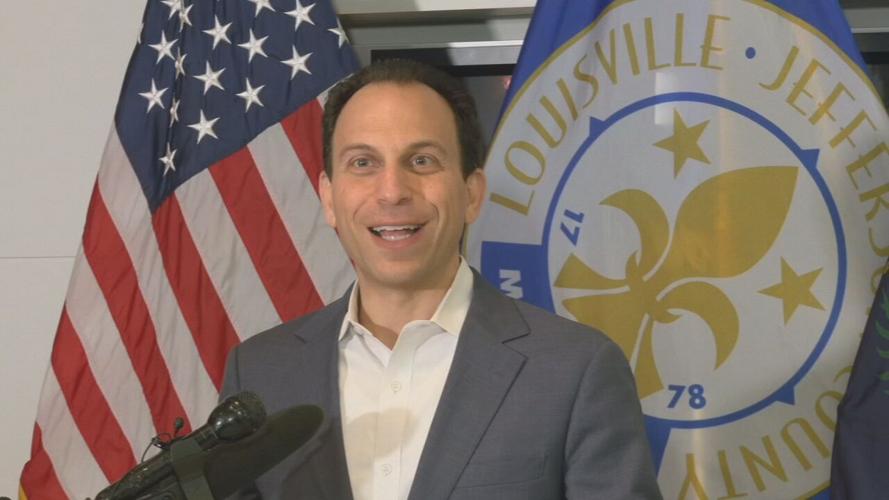 While several candidates were interviewed Gwinn-Villaroel has "earned the respect and admiration of people within LMPD and throughout our community and is committed to transparency and continuing the work of building trust with the community."

Gwinn-Villaroel, who is also a pastor, has served with LMPD as second in command since February 2021. She previously worked for the Atlanta Police Department for 24 years.

She will take the place of current Chief Erika Shields, who is resigning.

In recent weeks, Gwinn-Villaroel's nephew was murdered in Atlanta, a victim of gun violence, Greenberg said.

"This is one more reason our community and every community has to come together to stop these tragedies from continuing to happen," Greenberg said in a news conference Friday. "Our shared goal is to do all we can so that other families can avoid the pain that Jackie and her family and far too many other families are going through right now."

Greenberg said he and Gwinn-Villaroel are committed to working with the U.S. Department of Justice when it releases its sweeping federal investigation into the department's policing and practices.

Among her top goals, Gwinn-Villaroel said, is to lower violent crime in the city, build a better relationship with the department and community and continue implementing reforms started in the wake of the Breonna Taylor shooting.

"My goal is to dismantle the walls of distrust that has taken over this city," she said. "There has been some problems as we all know that have taken place in the city. ... We have to rebuild those relationships."

Asked if she would be a candidate for permanent chief, she said "if it is the right fit."

Greenberg echoed that sentiment, saying she would be considered.

In a press release, Greenberg said that Gwinn-Villaroel "has achieved tremendous success throughout her career rising through the ranks with the Atlanta police Department and now with LMPD."

Both Greenberg and Gwinn-Villaroel also pledged to be transparent with the public about issues with the police department, an issue the current administration has been repeatedly criticized for.

"We plan to be very transparent with you," Greenberg said. "To me, the hallmarks for all city government, not just policing, are transparency and that leads to trust."

Gwinn-Villaroel said she "gives respect" to current chief Erika Shields for what she has done during her tenure, noting many changes have been implemented. And Gwinn-Villaroel noted that Shields brought her from Atlanta where Shields had previously been chief.

"I respect her as a leader ... and I respect what she has done for this department," she said.

Greenberg previously announced that Shields will not continue to lead the embattled department once he takes office.

Shields will remain until Greenberg takes over on Jan. 2.

Greenberg said a search process will then being to name a permanent chief that will include meetings with the community.

The department is currently about 300 officers short of full strength and morale has been low in recent years.

Gwinn-Villaroel said investigators need to have "every conceivable tool" at their disposal and the funding needed to continue lowering the violent crime rate, putting Greenberg "on the spot," she said.

"What else is needed, because the families (of victims) are depending on us," she said.

Shields was the first woman to serve as LMPD's permanent police chief when she took office on Jan. 19, 2021. She was hired in Louisville after resigning from her role as the chief of Atlanta's police department in June 2019, after the fatal shooting of Rayshard Brooks, a Black man whom police shot and killed during a struggle in a Wendy's parking lot.

Shields was brought in following weeks of protests after Taylor was shot and killed during a drug raid in 2020. She recently told WDRB that she was asked to leave, and felt it was purely for political reasons.

Greenberg said he wanted a new direction for the department.

"What I'm looking for, in both an interim police chief and also a permanent police chief, is someone who is focused on transparency, who is going to work to rebuild the trust of the entire community, but who is also going to have the trust of the officers at LMPD," Greenberg said during an interview at WDRB studios on Dec. 6.