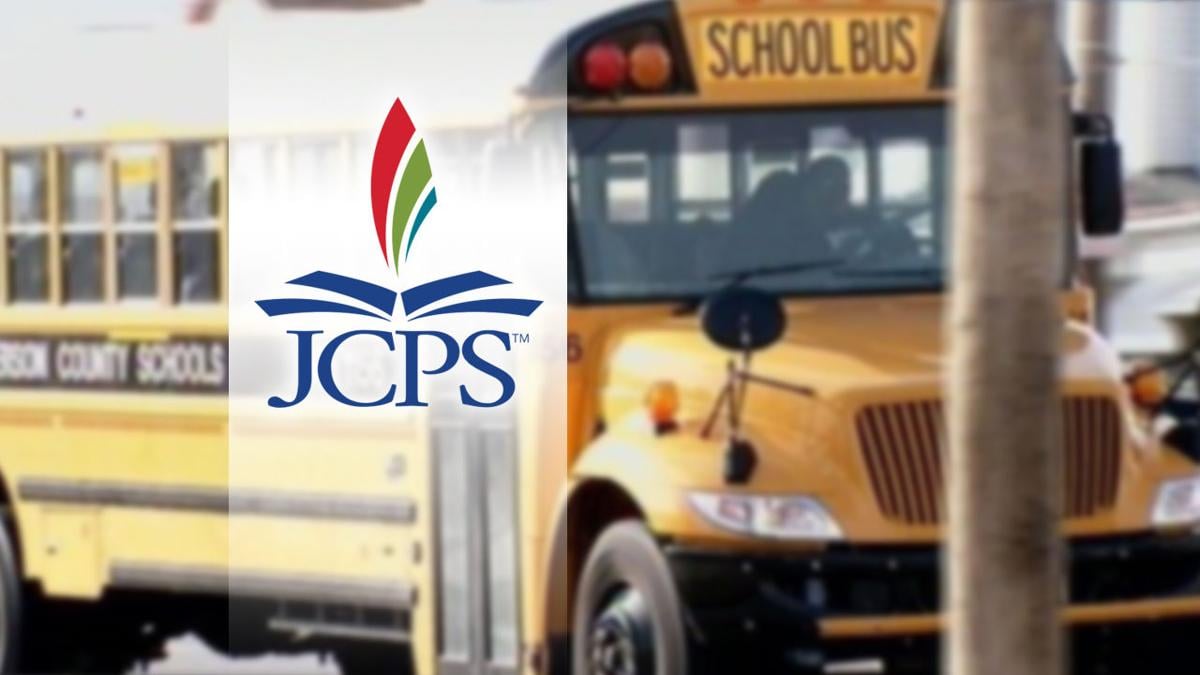 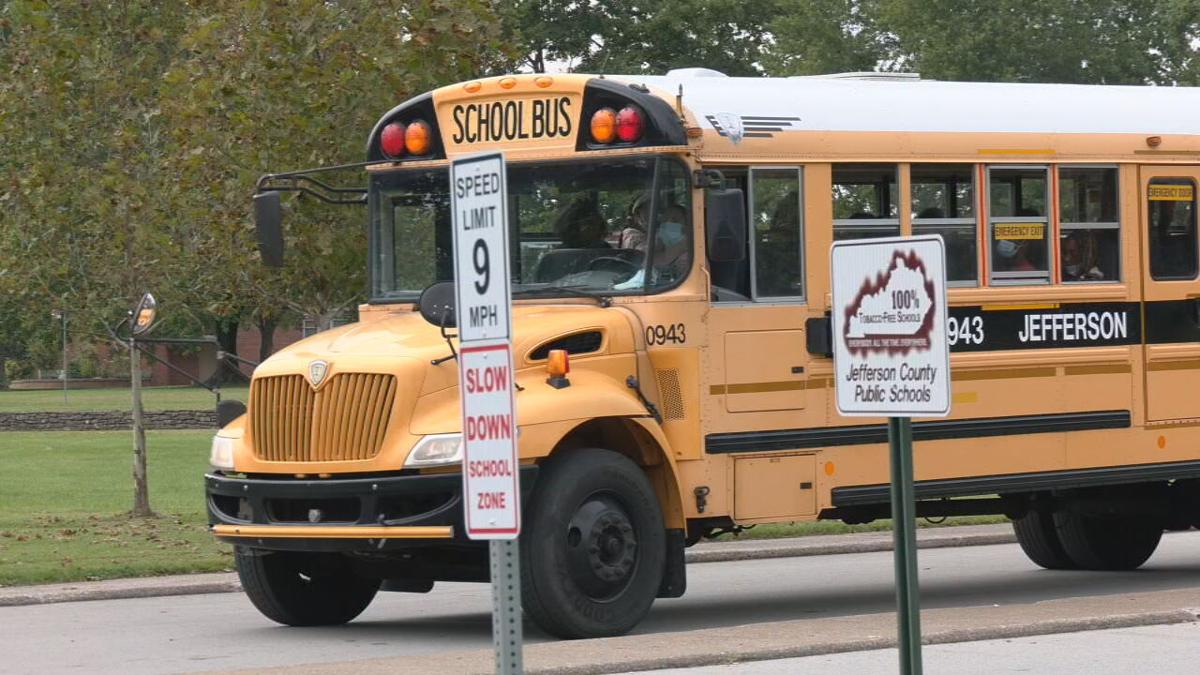 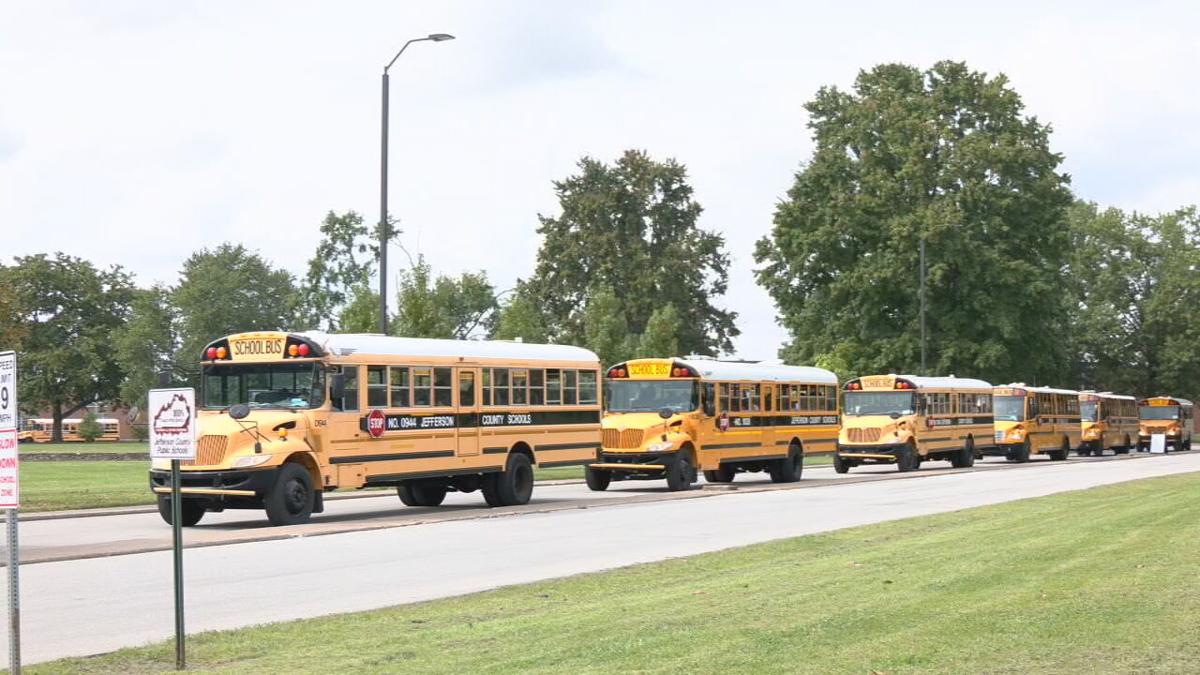 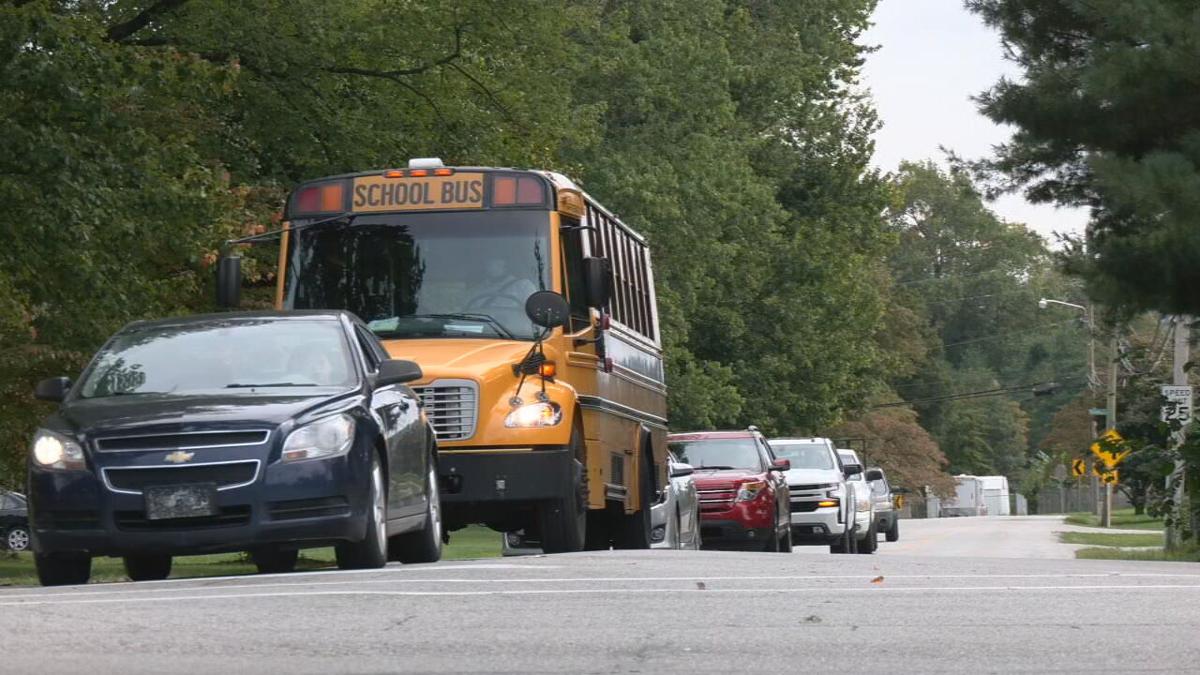 LOUISVILLE, Ky. (WDRB) -- Referrals for misbehavior on Jefferson County Public Schools buses dropped by nearly 60% in the first weeks of the 2021-22 school year compared to the 2019-20 term, according to data obtained by WDRB News.

JCPS bus drivers wrote 1,016 behavior referrals through the first 24 days of the current school year, the first on a regular in-person learning schedule since 2019-20. JCPS ceased in-person learning for more than a year starting in March 2020 in response to the COVID-19 pandemic, which forced school systems throughout the U.S. to quickly incorporate remote learning into their instructional plans.

For JCPS Chief Operations Officers Chris Perkins, the sharp decline is a sign that the district’s “intentional effort” to develop positive relationships with students and improve collaboration and communication with drivers.

“When we came back to school in the spring, there was a very intentional focus on promoting positive culture in our schools. But that extended outside of our schools as well onto the buses, so it’s been an intentional effort on all parts,” Perkins said.

“We’ve been collaborating with the Office of Culture and Climate to provide some very prescriptive support and training to our bus drivers to be more responsive, to be more proactive in managing behaviors and clarifying expectations but ultimately really to make sure that we're supporting student needs and not just managing behavior.”

Though behavior referrals have been cut by more than half to start the 2021-22 school year, bus drivers are still dealing with familiar problems while trying to safely transport students to and from school.

“Fighting, horseplay, throwing stuff out the windows, cussing at cars,” said John Stovall, president of Teamsters Local 783 who represents district bus drivers. “We’ve had cars, motorists, that get upset at the bus driver, but not much he or she can do because if you stop every five minutes to try to take control of the bus, you’d never get them home.”

At times, Stovall said bus drivers have been threatened by students if they write referrals.

“’I’ll get you later,’ or ‘My dad’s going to get you,’ or ‘My mother’s going to get you.’ They get a lot of that, and they get frustrated by that,” he said. “Then they get frustrated when the school doesn’t answer the referrals ... If you’re going to take the time to write a referral for disciplinary action, then the driver should be notified within two or three days what disciplinary action has been taken. That doesn’t always happen.”

Records obtained by WDRB News show students were written up for failing to remain seated on the bus 231 times, the most in the first 24 days of the 2021-22 school year. Student-to-student fights led to 164 behavior referrals, second most followed by 118 behavior referrals for horseplay and 95 for striking other students.

Referrals in those categories have declined significantly compared to the first 24 days of the 2019-20 school year, with every category except for student fights dropping by at least 65% in the opening days of this academic year. Referrals for fights among students dropped by nearly 30% in the current school year.

“There are still student discipline issues, and they’re still bad enough that we felt the need to reach out to Dr. Pollio,” Stovall said.

Stovall and JCPS bus drivers met with Superintendent Marty Pollio for more than an hour to talk about issues they’ve faced so far this school year.

“It was a good and open dialogue, and the drivers felt good and they thanked him for meeting with them,” Stovall said. “He assured them he would address these concerns and get back with us.”

Only four schools had at least 10 students referred for fights so far this school year. Ramsey Middle School students were written up for fighting 15 times followed by 12 each for Stuart Academy and Olmsted Academy North and 11 at Crosby Middle.

“When there are instances of fights on the bus, those are issues that we deal with specifically and work with the school to make sure that there are some wraparound services we can provide those students versus just giving them a behavior referral and a consequence,” Perkins said.

But misbehavior on the bus isn’t the only concern for drivers. Stovall said the district should improve communication with drivers to make them aware of potentially unsafe situations.

Eastern High School student Tyree Smith, 16, was killed in a drive-by shooting while waiting at a bus stop in the Russell neighborhood, which the district has since moved. The Sept. 22 shooting “made all of us wake up and take it a little more serious and get the dialogue so we know what's going on,” Stovall said.

“By this dialogue we had today, I think a lot of that will get shared with the drivers and then they'll know from A to Z that, OK, this is going on here, here's where you need to reroute,” he said.

Bus stops that continue to concern drivers vary “because of some of the gang affiliations,” he said.

“It’s not just all one area,” Stovall said. “That’s the problem.”

“I think we’ve all got to come together to start addressing some of the concerns that we see in our community that are reflected in the schools, the buses and our neighborhoods,” Perkins said. “This is a community issue. We’ve all got to work together.”

These issues comes as JCPS and other school districts throughout Kentucky and the U.S. grapple with significant bus driver shortages.

The strain has caused school districts to periodically cancel some uncovered routes, but Perkins notes that JCPS has not had to cancel any bus runs so far in the 2021-22 school year.

Every route has been covered at JCPS, and Kentucky’s largest school district has provided incentives like staff stipends worth up to $5,000 with federal stimulus money and pay bumps for bus drivers and employees who double as activity drivers.

“Everything that we're adding at this point is to just improve efficiencies,” Perkins said. “We've been able to hire additional drivers. We've also been able to recruit activity drivers from schools, and we're in the process of getting them trained and certified.”

For Stovall, getting a better handle on student behavior issues will help the district recruit drivers and improve a shortage of 250 drivers by his estimate.

“If they could just drive the bus and do the normal stuff, we probably wouldn't have this problem,” he said. “But until we get a good read on student discipline and what we can come up with and how we can afford some kind of student conduct, then you'll see the change.”