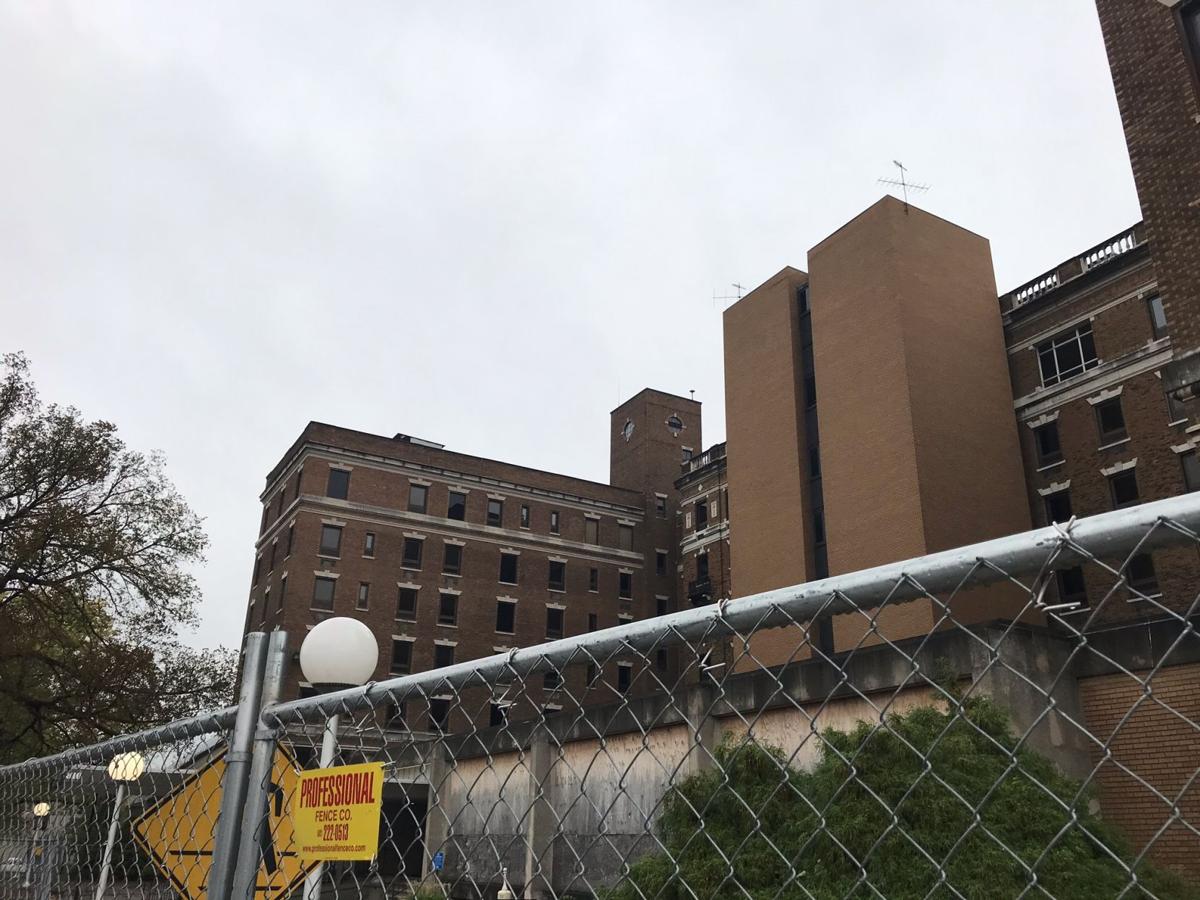 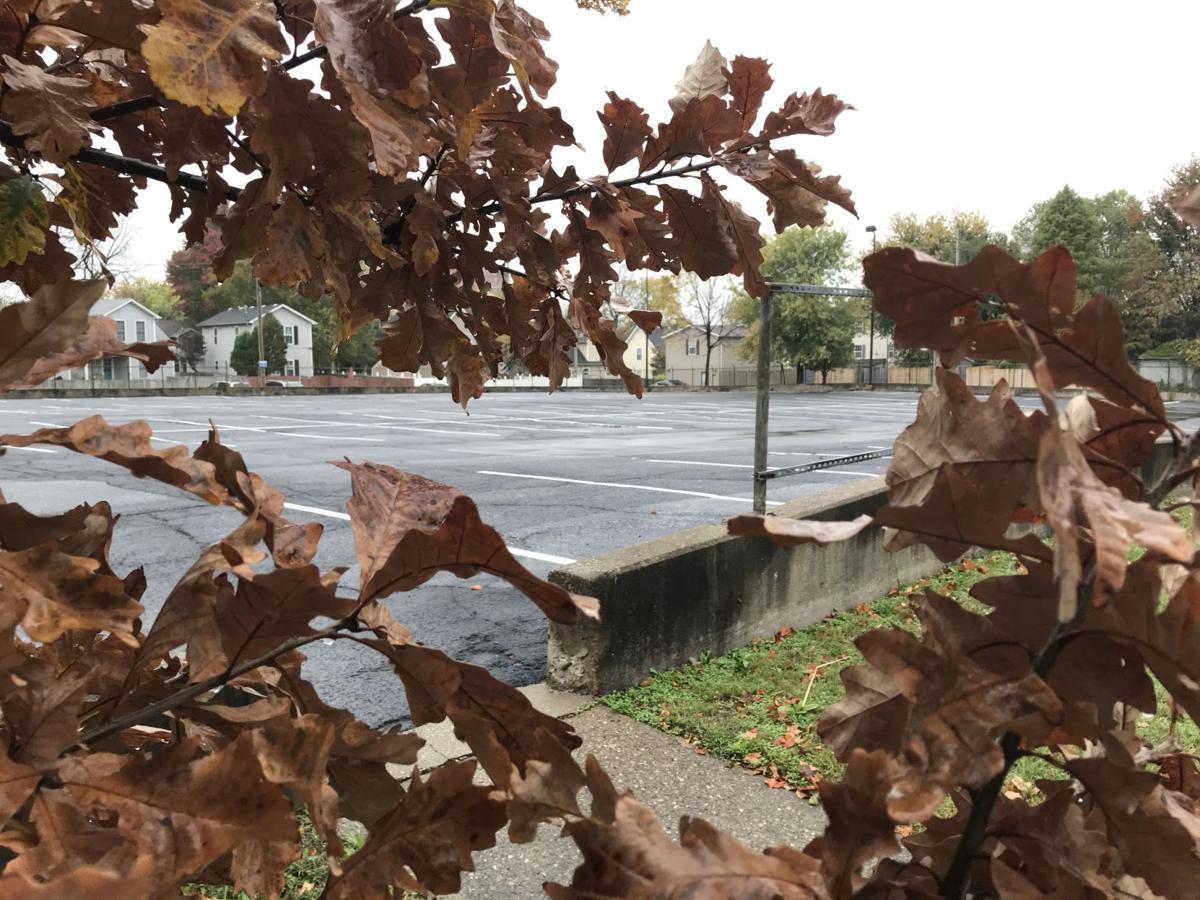 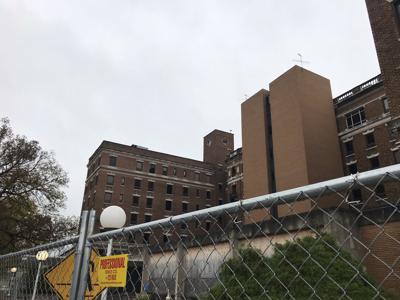 LOUISVILLE, Ky. (WDRB) – From his house in Paristown Pointe, John Mahorney can see the towering, abandoned buildings at the city's former Urban Government Center. A block away, cars still use a parking lot on Vine Street.

By now, both properties were supposed to be under construction as part of a sweeping Metro government-led, privately developed effort to transform nearly 12 acres into retail and commercial space, a hotel, new housing and a parking garage among other uses.

Deadlines set by Mayor Greg Fischer's administration and its developer, the Marian Group, have come and gone. City officials quietly amended their agreement with Marian for a second time this summer, giving the company until the end of the year to decide if it wants to remain on the project.

Bounded by Barret Avenue, Breckinridge Street and Vine Street, the site is one of the largest vacant properties in an area that sits next to Germantown and the Highlands — not far from downtown. It's a short walk from the $12 million Old Forester's Paristown Hall that opened this year on Brent Street.

After a series of neighborhood meetings and public input, Fischer's economic development agency announced in December 2017 that it had selected Marian from among five firms to redevelop land once home to government offices and the old Kentucky Baptist Hospital. In July 2018, the two sides signed a development agreement.

But plans have changed since then. The site didn't qualify for tax credits that would have financed low-income units in a Family Scholar House campus, resulting in the loss of a high-profile anchor tenant, Marian principal Justin Brown told WDRB News in August.

Marian also had to scrap nearly two dozen "21st century shotgun homes" envisioned on land Metro government pledged for the project while also leasing it to the Paristown Preservation Trust, which uses it for parking for the Kentucky Center's Paristown Hall.

After the trust and the Kentucky Center threatened to sue, the city ultimately agreed to an out-of-court settlement.

The settlement let the trust buy the lot for $1 and keep it for parking, but the trust had to pay Marian $500,000 to help cover its pre-construction work. Metro government also agreed to pay Marian $150,000 from the budget of Louisville Forward, the agency overseeing the Urban Government Center site.

The deal reduced the size of the land available for redevelopment from 12 acres to just under 10 acres. And it changed the face of the project, said Cindy Pablo, a board member of the Paristown Pointe Neighborhood Association.

"What's more upsetting is it's cost us taxpayers. It cost us money for Louisville Forward's mistake," she added.

The revised development agreement, signed by Deputy Mayor Ellen Hesen on July 2, gave city agencies more responsibility while Marian has the rights for the site, including paying for an environmental review of buildings where lead, mold and asbestos were found.

Previously, Marian had to cover those costs.

The work is expected to cost $30,000, the agreement says. The city also agreed to help Marian obtain the "necessary remediation funds" if estimates for cleaning up the buildings exceed $750,000.

In another change, Metro government took charge of applying for a zoning change, demolition permits and other approvals during 2019.

And under the amended deal, the city said it would support applying for the maximum amount of tax increment financing for the project allowed under state law. Such financing would earmark a portion of new taxes generated at the site for project debt, with the rest going to government coffers.

The new agreement doesn't change terms of a lease Marian would have with Metro government, which would start at $1 per year, but it does change a clause that would have let the city share profits above any return on Marian's equity investment greater than 9%. Because of "additional costs" associated with the project, that threshold would be 18% under the new deal.

The agreement also delays by two years the date when the overall project would be substantially complete, setting a new target of December 2027.

Even without a firm plan for the site, the Fischer administration has sought to rezone land there. The mayor-appointed Louisville Metro Planning Commission recommended the change in October, sending the request to the Metro Council for its decision.

If approved, the entire 9.7 acres in the project's footprint would be rezoned from residential and office uses to a commercial classification known as C-2, which allows a wide range of high-density uses such as housing, bars and restaurants.

Some neighbors have questioned the city's role in trying to rezone the land. When private developers seek a zoning change, they typically include detailed plans of how land would be used. That hasn't happened with the Urban Government Center site.

Steve Porter, an attorney who represents some Paristown Pointe residents, argued in front of the planning commission last month that the request amounted to the city seeking a "white canvas" for a private developer. He noted that the city isn't looking to build government buildings or other public infrastructure.

But city officials make a distinction. They say it's an "area-wide" rezoning – even though the request lists the project as "Urban Government Center" and the addresses it covers only include the publicly owned property, for which Marian has the development rights.

(Louisville land-use rules allow these government-initiated rezonings, but other recent area-wide rezonings have been different in scale and ownership. In 2015, the city successfully applied to have 117 private properties in Portland rezoned. In 2017, it did the same with 65 parcels in Irish Hill.)

Jeff O'Brien – director of Develop Louisville, the city's real estate arm – said the zoning change simply seeks to prepare the land regardless of who eventually controls it.

"The neighborhood overwhelmingly told us that they wanted a mixed-use development," he told the planning commission. "That is what we are attempting to deliver on the site, so regardless of (if) it's Marian or another developer in the future, we believe that C-2 will be the most appropriate development."

The Metro Council has until mid-January to vote on the rezoning request. Council member Barbara Sexton Smith, whose 4th District includes the area, said she doesn't support that happening until the council sees a detailed proposal from Marian.

"Do we have a development plan that is going to be presented by Dec. 31 or not?" she said. "And I think that that would mean a lot to the neighbors, to the public, and we owe it to all the citizens to not put the horse before the cart."

She acknowledged that the redevelopment, including the selection of Marian Group, has been controversial. The city used a unique selection committee of city officials and private citizens, who ultimately chose Marian over second-place Underhill Associates.

Underhill was the most popular proposal endorsed by residents who gave input during a series of meetings in 2017.

Sexton Smith said that without a "full-blown, acceptable" plan from Marian by the end of the year, the city ought to consider seeking new requests for proposal, or RFP, for the site.

"If we don't have that, then I think it makes common sense," she said. "It would be good business to just start the process all over from the very beginning and issue a new RFP."