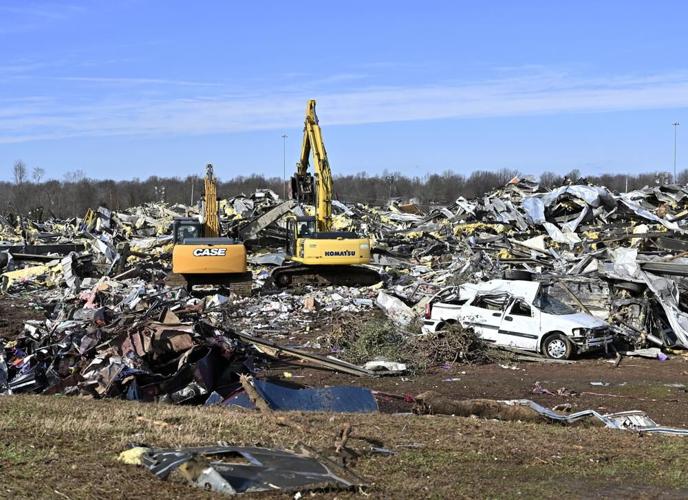 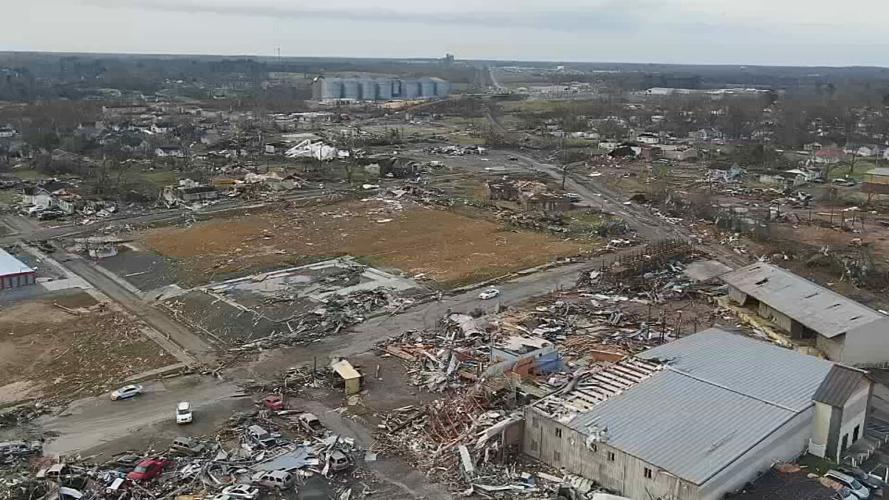 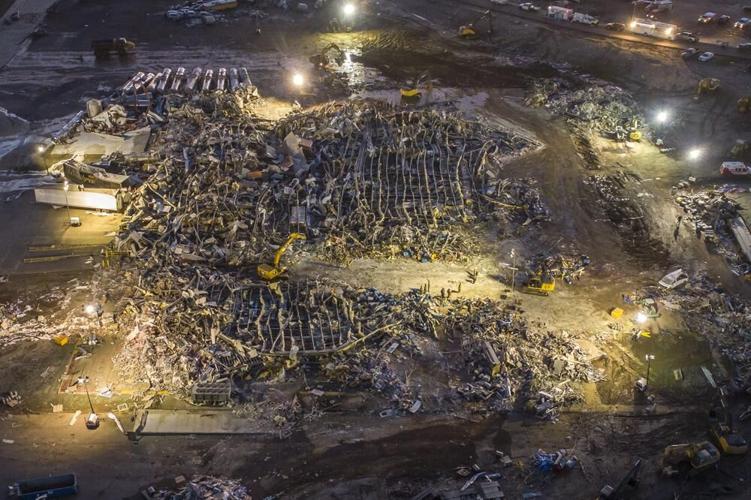 LOUISVILLE, Ky. (WDRB) -- A worker injured in the destruction of a Kentucky candle factory hit by a tornado has died, bringing the total killed in that facility to nine.

Kentucky Gov. Andy Beshear said at his Monday briefing that the worker was hospitalized and recently succumbed to their injuries.

"We can now confirm and I believe with accuracy that the most accurate number is 76 Kentucky lives lost," he said.

He said there are several others who are still injured and hospitalized. The governor said no one remains missing, and there are no active search and rescue efforts.

Recovery is beginning to take shape, according to Beshear. He said all state roads are now passable in western Kentucky following the tornado, but there are four county roads that are still closed.

Cell phone service is also being restored in the areas impacted by the tornadoes. Coverage is now at 98%. Power has also been restored to most areas. Graves County still has 31% without power.

More than 900 tornado victims and first responders continued to be housed in more than 20 facilities in the state including state parks and motels.

Kentucky State Parks will be looking for volunteers after the New Year to help with dining room, kitchen, housekeeping and laundry as well as some maintenance work, according to Beshear. Those interested in volunteering should contact Andy Kasitz via email at andy.kasitz@ky.gov and provide the following information: your name, a cell phone number, the name of park(s) at which you wish to volunteer and your availability.