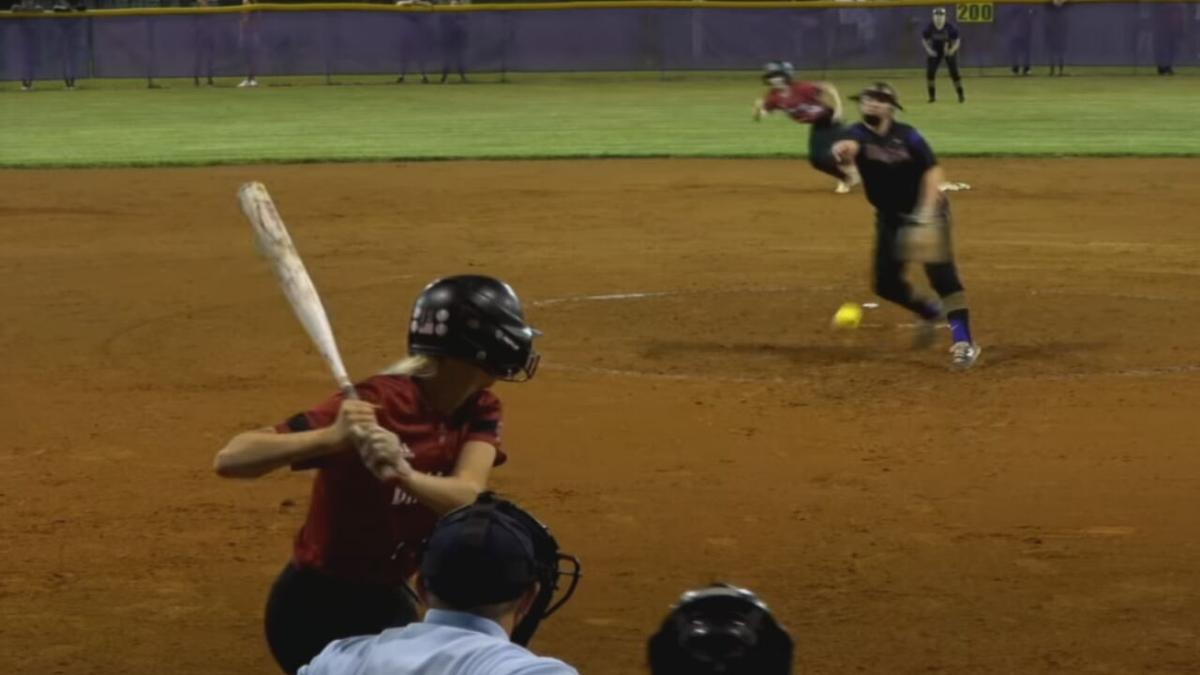 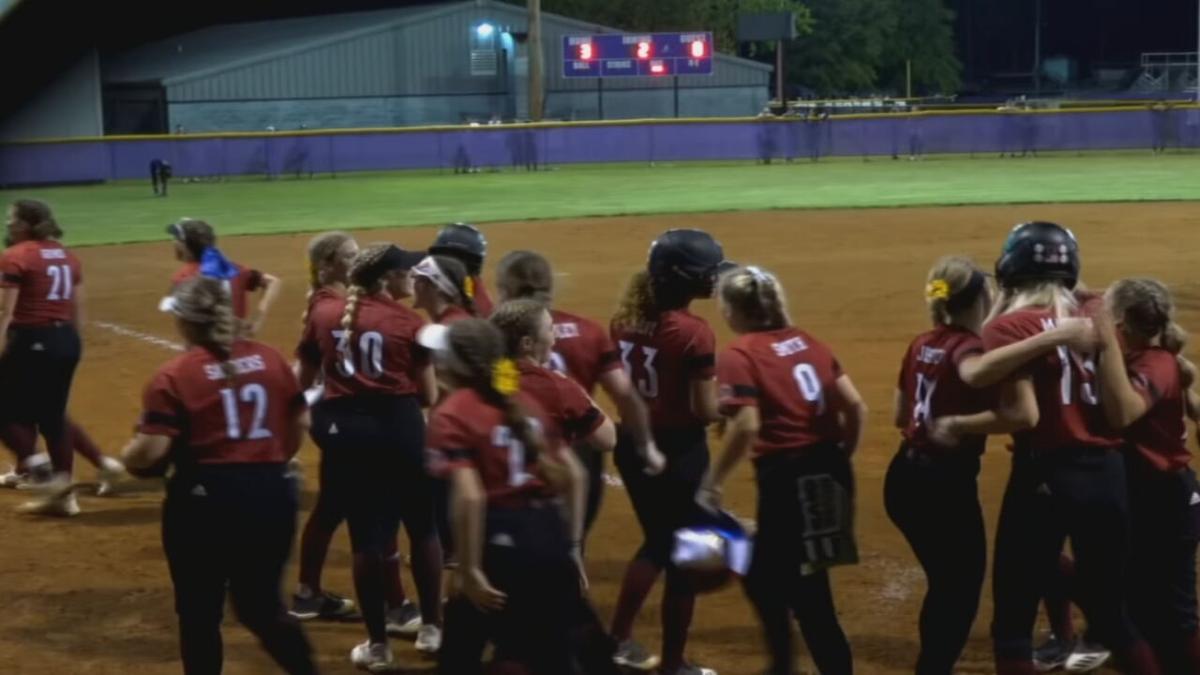 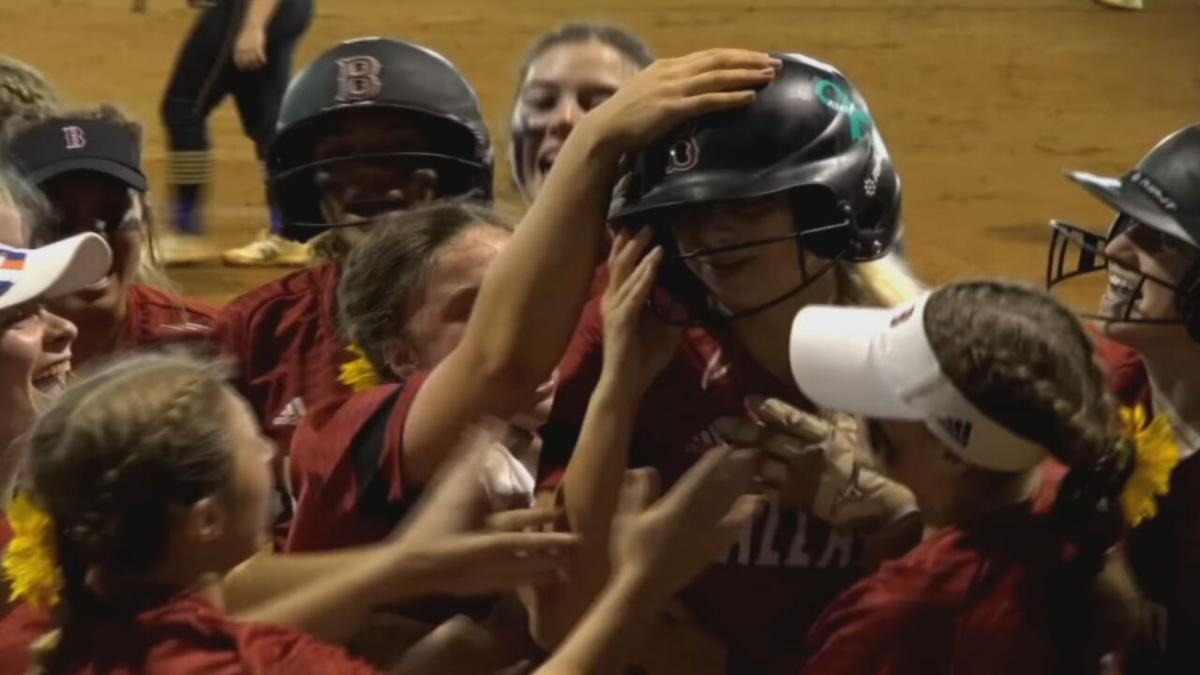 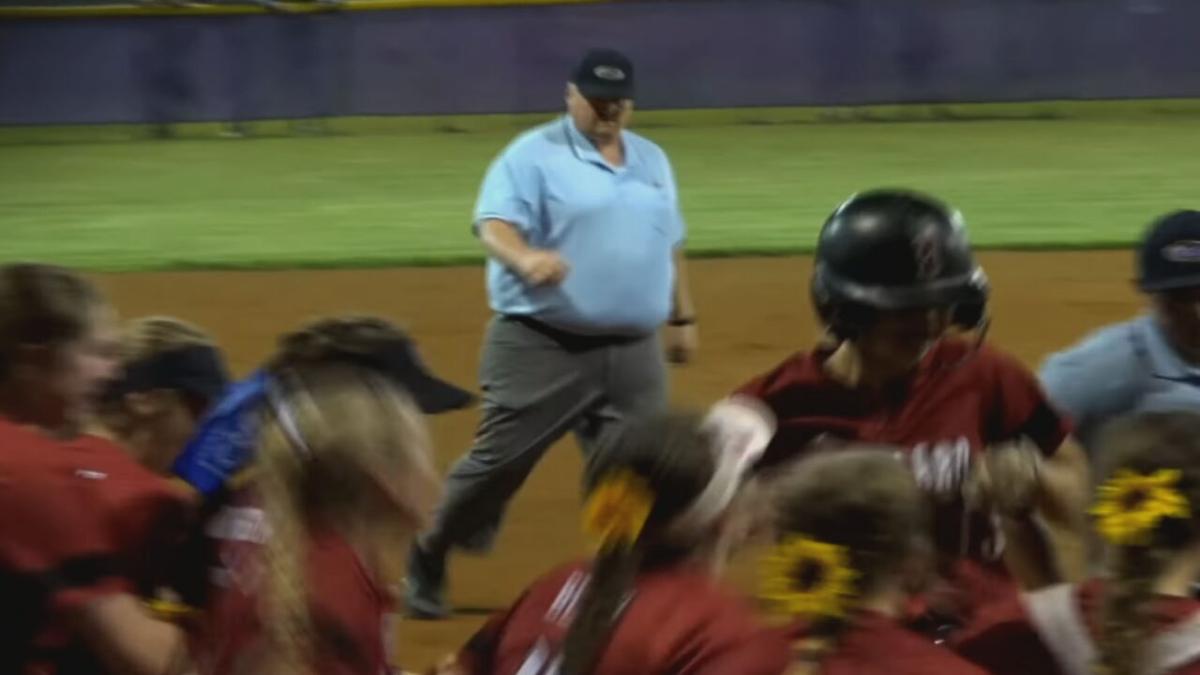 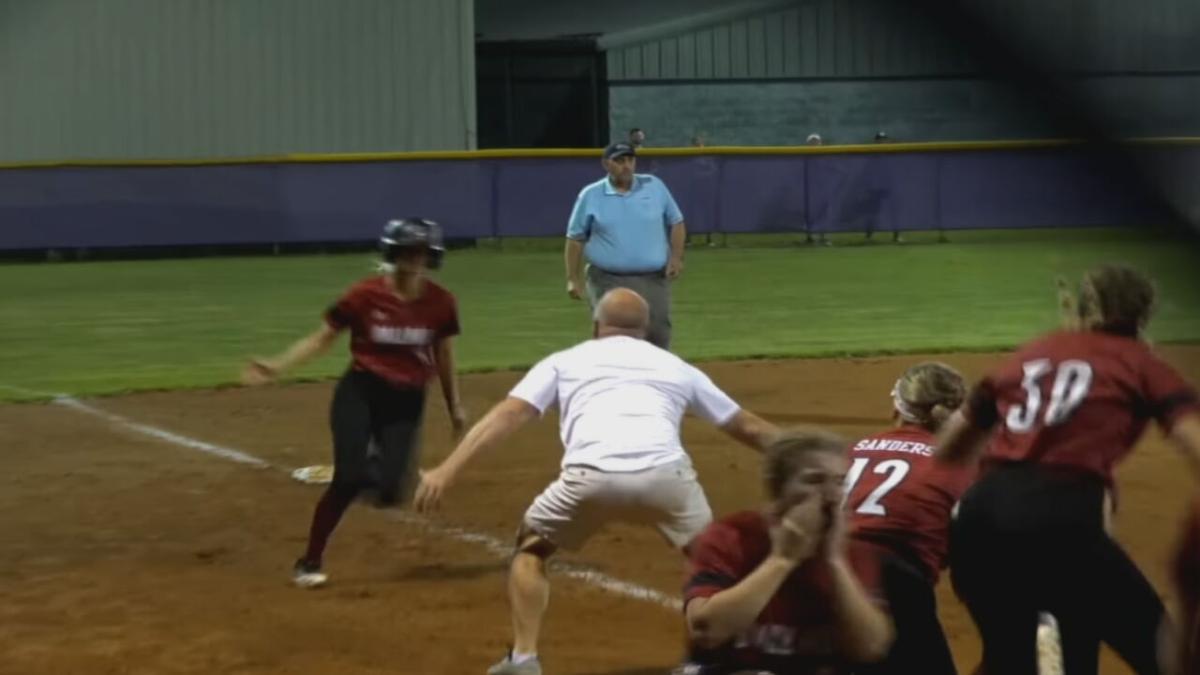 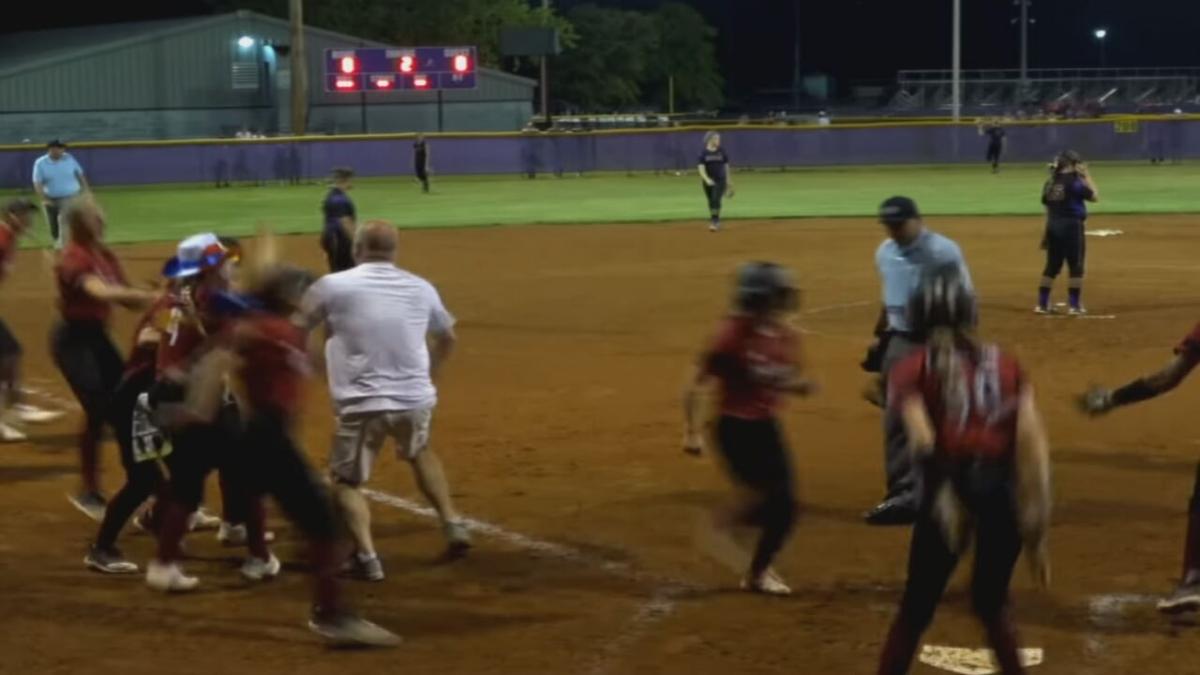 LOUISVILLE, Ky. (WDRB) -- After losing her mother to cancer, a Ballard High School senior returned to the softball field for the team's biggest game of the year.

On Monday, Sydney Martin's mother was laid to rest after a long battle with cancer. Later that day, Martin joined her team in the Seventh Region final against Louisville Male.

Sydney is a senior outfielder at Ballard, but she was still undecided about playing until right after her mom's funeral.

"I knew that she wanted me to finish it out," explained Martin. "So, I knew in the back of my head that I was going to do it, no matter what."

Ballard and Male were competing for a chance to play in the KHSAA State Softball Tournament.

"The count was three-two, and I fouled off a bunch and then I got my pitch," said Martin.

"Boom. I mean, it was like a rocket coming off that bat," said Ballard Softball Coach Alan Jones. "That was probably the moment that I knew we were going to win the game."

In the second inning of a scoreless game at Southern High School, Martin hit a three-run home run to give Ballard the lead for good.

Martin was greeted by teammates after that emotional trip around the bases for her first home run of the season.

Coach Jones said, "Anytime one of our ballplayers loses a family member, it's a big loss to us."

In fact, from the stands to the dugout, it was easy to see that it was a loss for the entire Ballard family.

"When that ball exploded off the bat, everybody knew immediately, it was a rocket shot and the fans just erupted," said Johnny Blair.

Blair is the father of one of Martin's teammates and says there was a lot of excitement and emotions in the stands.

"There wasn't a dry eye in the stands," explained Blair. "Because we knew it meant so much more than that home run. It was really about being able to celebrate Sydney."

Ballard went on to defeat Male 8-3 and win the regional title. The Bruins will play in the KHSAA State Softball Tournament this weekend, it's the team's first appearance since 2018.