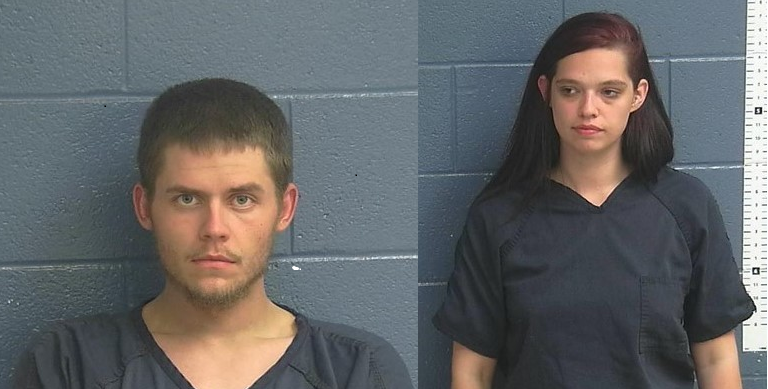 Pictured: Nelson Emery (left) and Kalen Brian (right), following their arrest in Harrison County, Ind., on May 12, 2021, after allegedly leading police on a high-speed chase in a stolen pickup truck. (Indiana State Police) 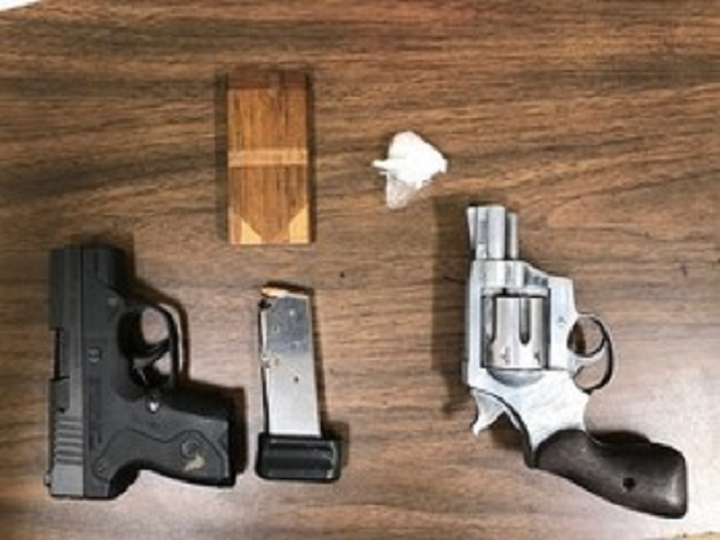 Indiana State Police seized two handguns, meth and marijuana after a high-speed chase that ended in Harrison County, Ind., in the early morning hours of May 12, 2021.

LOUISVILLE, Ky. (WDRB) -- A man and woman were arrested early Wednesday with drugs and guns, after leading police on a high-speed chase  from two states in a stolen pickup truck.

According to a news release, Indiana State Police were notified by the Louisville Metro Police Department that officers were in pursuit of a stolen 2019 GMC Sierra that was westbound on I-64, and approaching the state line. LMPD broke off the pursuit as the pickup crossed into Indiana.

The stolen Sierra was equipped with an On-Star security system, but attempts by On-Star to remotely disable the car had been unsuccessful. As the pickup continued into Indiana, a state trooper spotted it heading westbound near the 105 mile-marker in Harrison County and unsuccessfully tried to make a traffic stop.

The chase reached speeds above 100 mph through Harrison and Crawford Counties. Deputies in Perry County tried unsuccessfully to end the chase by deploying tire-deflation devices. The driver also managed to avoid tire-deflation devices set in Spencer County. As the driver approached SR70 near Chrisney, Indiana, On-Star was able to shut down the vehicle remotely, and the truck drove into the median.

The driver -- 25-year-old Nelson Jacob Emery of New Albany -- was taken into custody without further incident. His passenger -- 25-year-old Kaelin Marie Brian, was also arrested. While searching the vehicle, a state trooper found "a revolver with the serial number removed and a loaded 9mm semi-automatic pistol."

Five grams of methamphetamine and one gram of marijuana were also found, according to the news release.

Brian is charged with one count of marijuana possession.