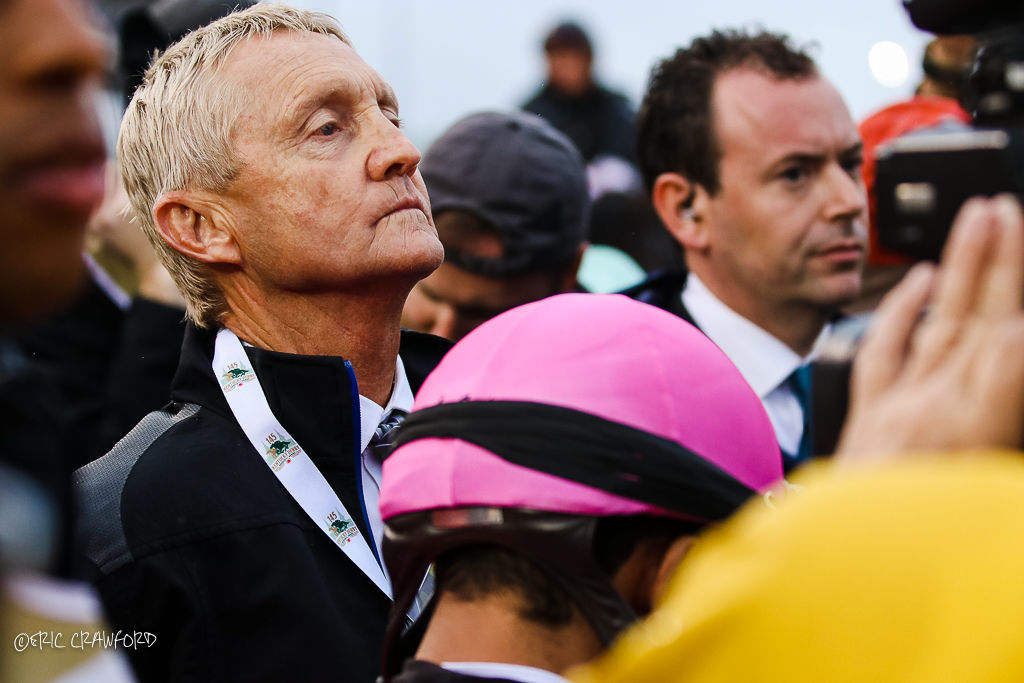 Maximum Security trainer Jason Servis as he waited for official results of the 2019 Kentucky Derby. He is one of more than two dozen horse racing figures charged in a nationwide illegal doping scheme. 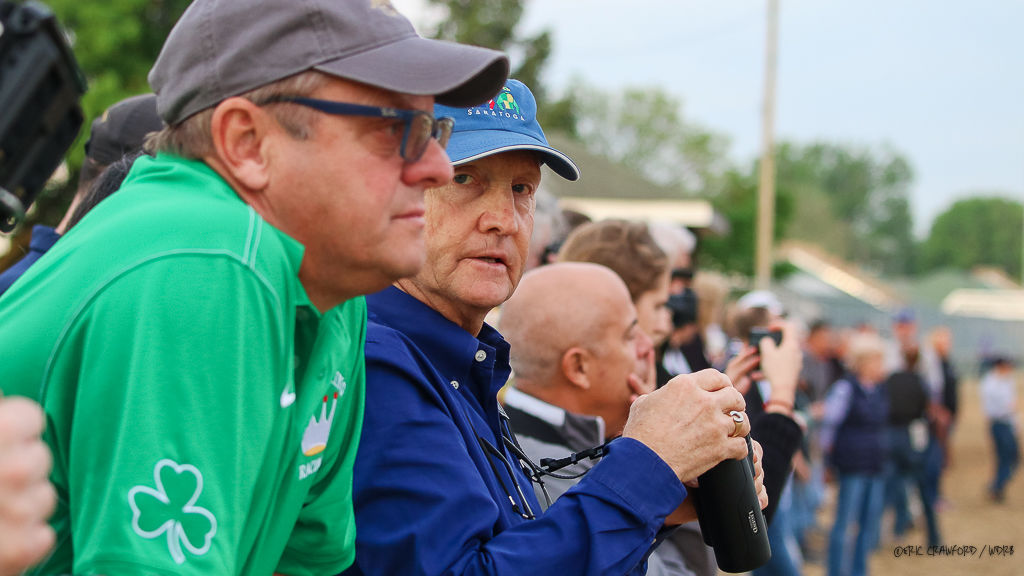 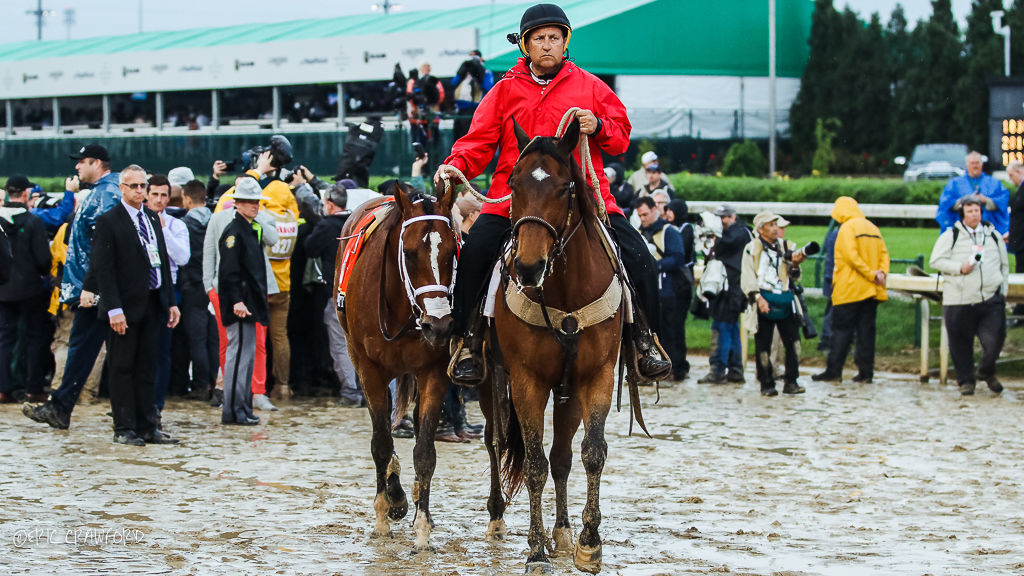 An outrider leads Maximum Security around the track during the 22-minute wait for a stewards' decision on the winner of the Kentucky Derby. 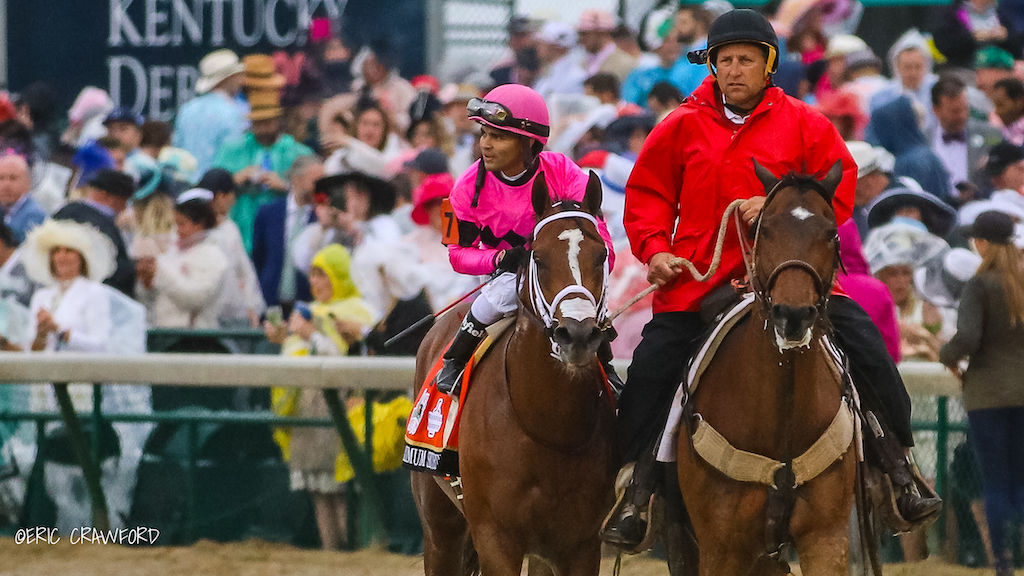 JOCKEY LUIS SAEZ, ABOARD MAXIMUM SECURITY, SEES THE OBJECTION SIGN FLASH UP AFTER CROSSING THE FINISH LINE FIRST. HE WOULD BECOME THE FIRST HORSE EVER DISQUALIFIED ON THE TRACK AFTER FINISH THE DERBY FIRST. A LAWSUIT CHALLENGING THE DECISION OF STEWARDS IS ONGOING. 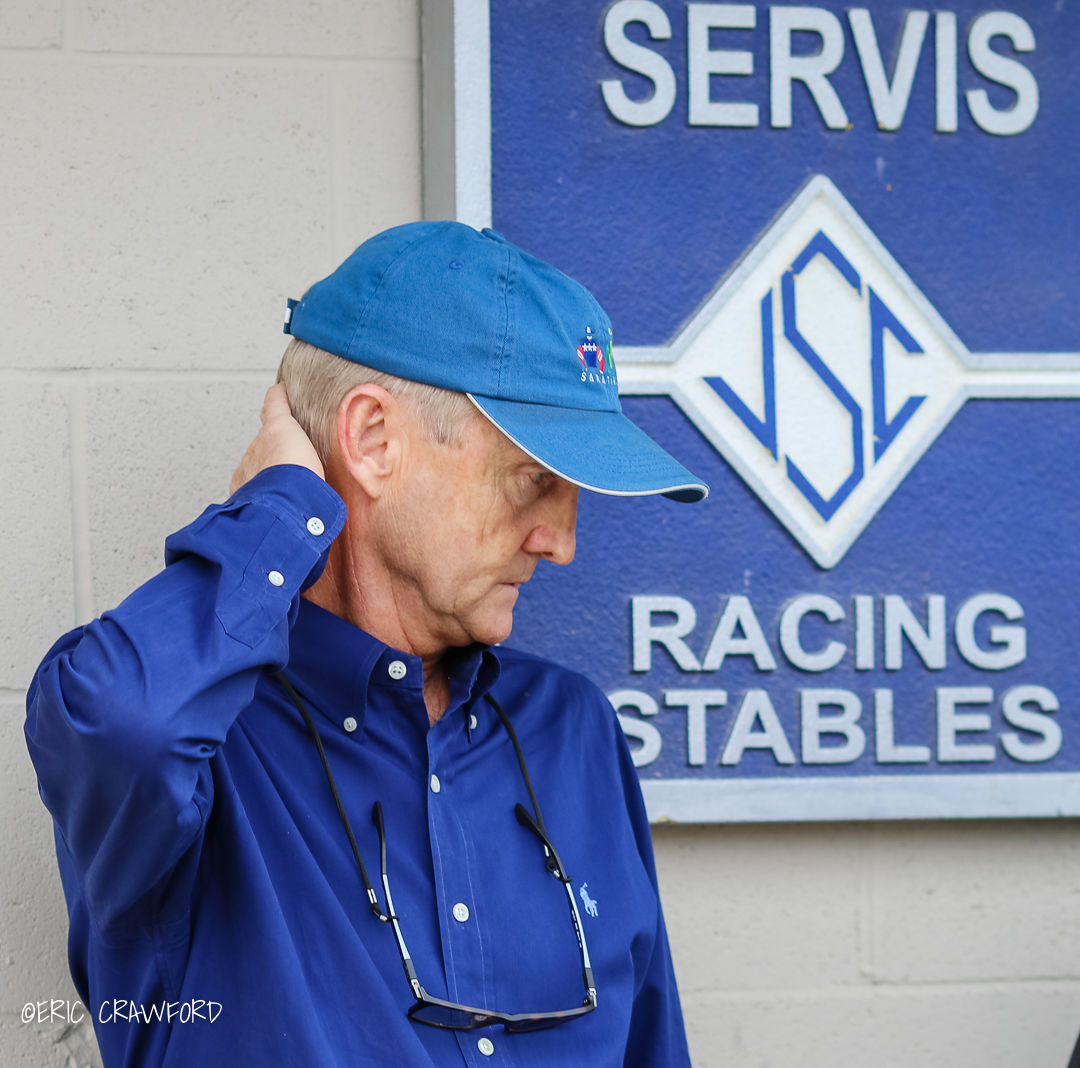 Maximum Security trainer Jason Servis as he waited for official results of the 2019 Kentucky Derby. He is one of more than two dozen horse racing figures charged in a nationwide illegal doping scheme.

An outrider leads Maximum Security around the track during the 22-minute wait for a stewards' decision on the winner of the Kentucky Derby.

JOCKEY LUIS SAEZ, ABOARD MAXIMUM SECURITY, SEES THE OBJECTION SIGN FLASH UP AFTER CROSSING THE FINISH LINE FIRST. HE WOULD BECOME THE FIRST HORSE EVER DISQUALIFIED ON THE TRACK AFTER FINISH THE DERBY FIRST. A LAWSUIT CHALLENGING THE DECISION OF STEWARDS IS ONGOING.

LOUISVILLE, Ky. (WDRB) -- Federal prosecutors from the U.S. Southern District of New York have filed charges against more than two dozen trainers, veterinarians and drug representatives alleging an illegal scheme to administer performance-enhancing drugs to racehorses -- including the trainer of Maximum Security, the colt who finished first in last year's Kentucky Derby before being disqualified for interference.

Court documents say trainer Jason Servis worked with others "to procure and administer adulterated and misbranded PEDs ... for the purpose of doping several racehorses under Servis' control, including Maximum Security."

The indictments, unsealed Monday, represent the largest and most wide-ranging horse racing prosecution ever undertaken by the Department of Justice.

"These defendants engaged in this conduct not for the love of the sport, and certainly not out of concern for the horses, but for money. And it was the racehorses that paid the price for the defendants' greed. The care and respect due to the animals competing, as well as the integrity of racing, are matters of deep concern to the people of this district and to this office."

A March 5, 2019, intercepted phone call between Servis and fellow defendant Jorge Navarro recorded Servis recommending a performance-enhancing substance called "SGF" to Navarro, stating, "I've been using it on everything almost."

Another intercepted call includes Servis talking to veterinarian Kristian Rhein about plans to mask drugs given to Maximum Security before the 2019 Pegasus Stakes.

Later that day, Servis is alleged to have discussed Maximum Security's subsequent drug test with another vet, who agreed to falsify records to show the the horse had received a different drug instead of the banned substance.

"Over the course of the scheme, participants manufactured, purchased, sold, shipped, delivered, received and administered thousands of units of PEDs for use on racehorses," U.S. Attorney Geoffrey Berman wrote in charging documents.

Among those charged is Michael Kegley Jr., a sales director for Kentucky-based MediVet Equine, who is alleged to marketed and sold a drug called "SGF-1000," which was compounded and manufactured in unregistered facilities and which, in the words of prosecutors, "may cause racehorses to perform beyond their natural abilities, thereby increasing the risk of injuries."

While no evidence was presented in the documents that Maximum Security was given banned substances in the Kentucky Derby, Servis' assertion that, "I've been using it on everything," doesn't inspire confidence that he wasn't.

Churchill Downs responded to the news Monday morning in a statement: "Criminal behavior or actions that put the well-being of horses at risk, such as the disappointing developments revealed by the U.S. Southern District of New York today, will not be tolerated at Churchill Downs. We remain committed to protecting the integrity of our racing product and upholding the confidence of our fans and participants."

The Jockey Club, an organization steeped in horse racing's history and dedicated to the preservation and improvement of the sport, issued a statement Monday praising the work of investigators and calling for more action on equine safety matters.

"The Jockey Club understands that this investigation and the criminal investigation and related prosecutions will be painful and controversial, but the integrity of the sport and the health of all racehorses demanded action," the statement reads. "From this point forward, it will be critical to the future of the sport that the reforms that are so badly needed are pressed forward by all segments of the industry — by everyone truly interested in clean competition and the safety and welfare of horse and rider. Equine doping has long been a concern in racing circles, but one that has been difficult to investigate or prosecute effectively because the sport’s regulatory oversight has been diffused, and often lax, across more than 30 separate state regulatory and enforcement agencies. Most people in the sport have suspected that some level of doping occurs, but evidence has been mostly third hand and circumstantial, and real information was needed to define the problem and craft a path to a solution."

The participants in the scheme were working to obtain prize money in races around the U.S. and the world, including in Kentucky, using banned substances to enhance the performance of horses, "to the detriment and risk of the health and well-being of the racehorses.” Servis also is alleged to have worked with veterinarians to falsify veterinary bills and to obtain fake prescriptions.

One critic of the industry's response to widespread equine deaths and the failure to address doping concerns is Marty Irby, a longtime horseman who now serves as executive director of Animal Wellness Action. He said today's indictments are "a critical step" on the way to addressing issues.

“Unscrupulous trainers that drug horses are not only putting animals and jockeys at risk of life and limb, but they are rigging the system and making a mockery of anyone who bets based on their knowledge of the athletes involved,” Irby said. “The betting public will no longer tolerate the racing industry’s drug addiction, and we applaud the Department of Justice for stopping doping abuses. What more evidence does Congress need to step up and pass comprehensive legislation to end performance-enhancing drugs in American racing?”

Irby is one of a growing number of supporters of the Horse Racing Integrity Act, sponsored by Kentucky Congressman Andy Barr and many others. That legislation would establish a national anti-doping and medication control authority for horse racing, instead of the mixed bag of state regulations under which it now operates.

"It could be the tipping point," Irby said of today's indictments, when asked if they could spur advancement of the bill in Congress. "Last year, when all the. deaths at Santa Anita in California were brought to light, that made a huge difference. It's not that those deaths were so many more than we'd seen in previous years, but that the media picked up on it. So now this is something that adds fuel to the fire, and I don't think horse racing can survive unless the issues related to doping are addressed."