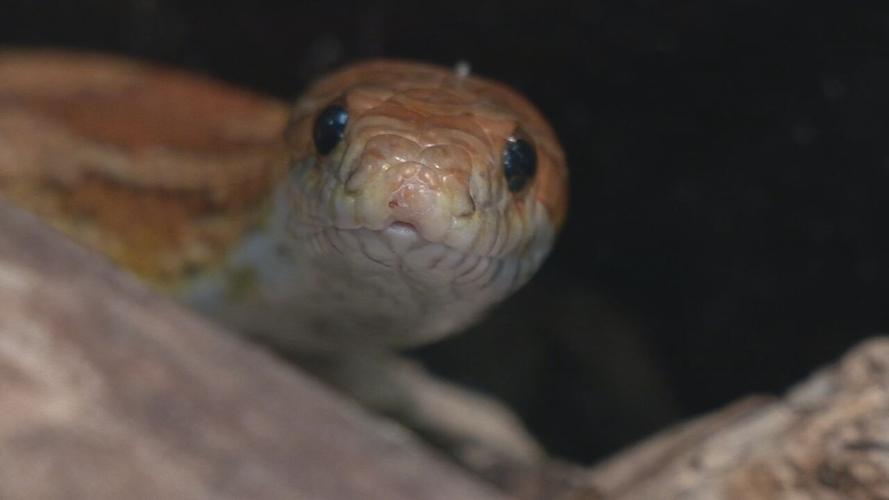 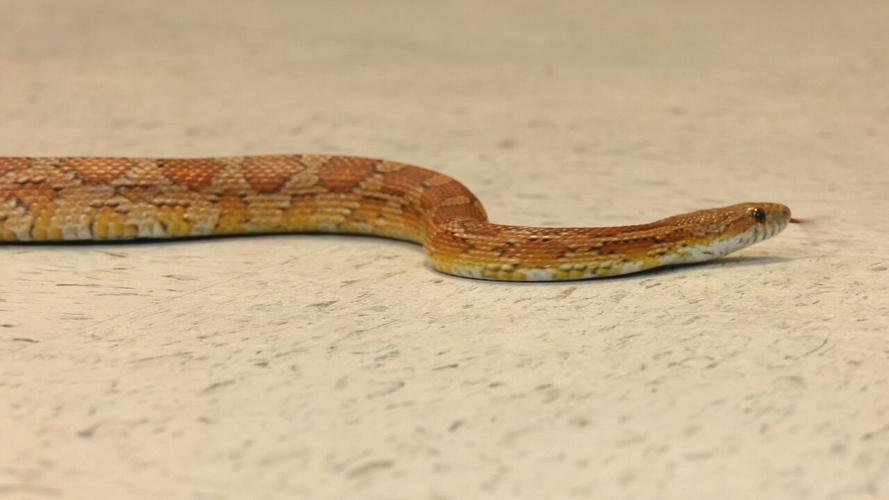 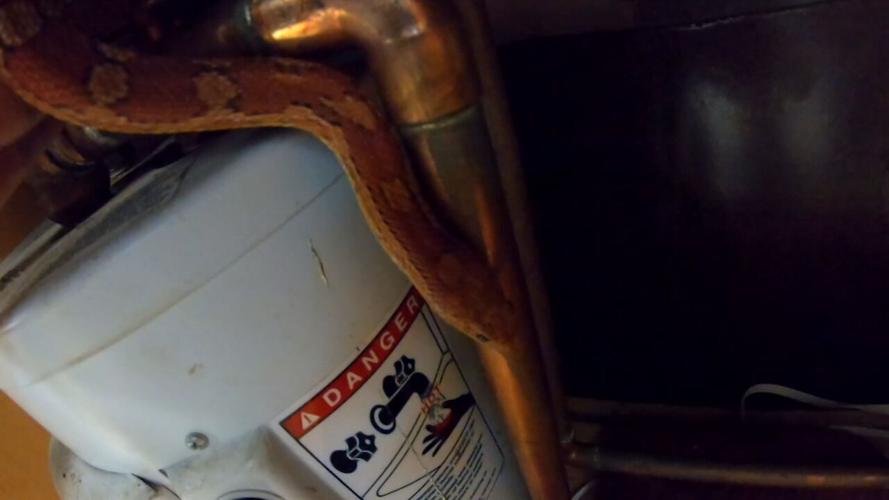 Pictured: this image grab taken from video dated Jan. 18, 2023, shows "Gummy Worm," a corn snake. The snake escaped its enclosure inside a Walden Middle School classroom in September and wasn't re-captured until 12-year-old Aspen Winner spotted it in January, "wrapped around the water heater thingy." 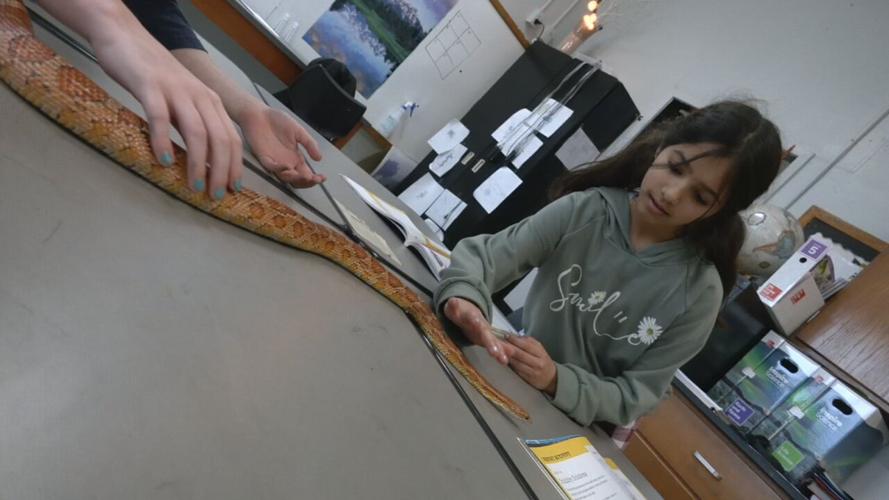 Since the escape the teacher has invested in a heavy-duty lid for the snake's enclosure.

LOUISVILLE, Ky. (WDRB) -- As 6th graders file into Max Haupt's science class at Walden School, they know they're not just going to get a lesson.

"It's not just like we have, 'alright pull out your work books, turn to page 35," Haupt explained.

What happens there is more of an experience.

Not too long ago, he learned how lively it could be.

Slide the calendar back to the end of September. The school year was new, and the students were excited to name the new classroom pet. They settled on Gummy Worm, and not long after they did, the snake vanished.

"Everyone was like, "Gummy Worm is missing!'" 6th grade, Anya Gupta remembered.

It seemed the 7-year-old snake managed to escape.

"I think I just didn't put the lid on secure enough," Haupt explained.

"I thought it was a joke for a second," added Gupta.

It wasn't a short term disappearance. Gummy Worm and her creepy eyes didn't just come out of hiding.

"She could be in the walls, she could outside hibernating," Haupt said.

Halloween, Thanksgiving, Christmas, would all pass, but a new year brought a new search.

"One of my other classmates found a snake skin, so we knew she was around here somewhere," said Gupta.

12-year-old Aspen Winner made the big discovery at the back of the classroom, when students returned from Christmas break.

Just a few feet from the snake's tank. Was this snake dangerous?

"I know they're peaceful," Wright added.

Still an animal has to eat.

"I had heard that we had mice here in the past," said Haupt. "I have not seen a single mouse since the snake got loose."

The pest removal guy can take a couple weeks off. What a story! Someone should get Samuel L. Jackson on the phone. Snakes on a Plane has a sequel.

"Snake in a Classroom?" Haupt asked. "I mean I'm not going to use that kind of language in front of these kids, but I guarantee you some of those teachers were thinking it."

Since the escape, Haupt invested in a more heavy duty lid for Gummy Worm's enclosure.