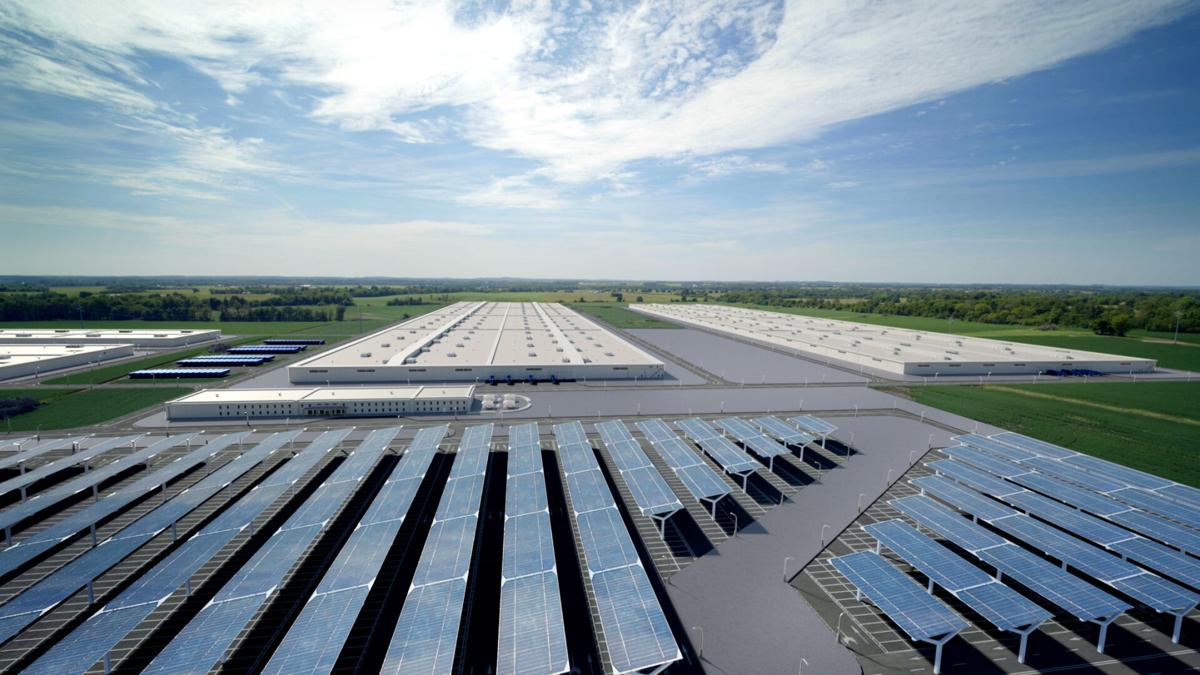 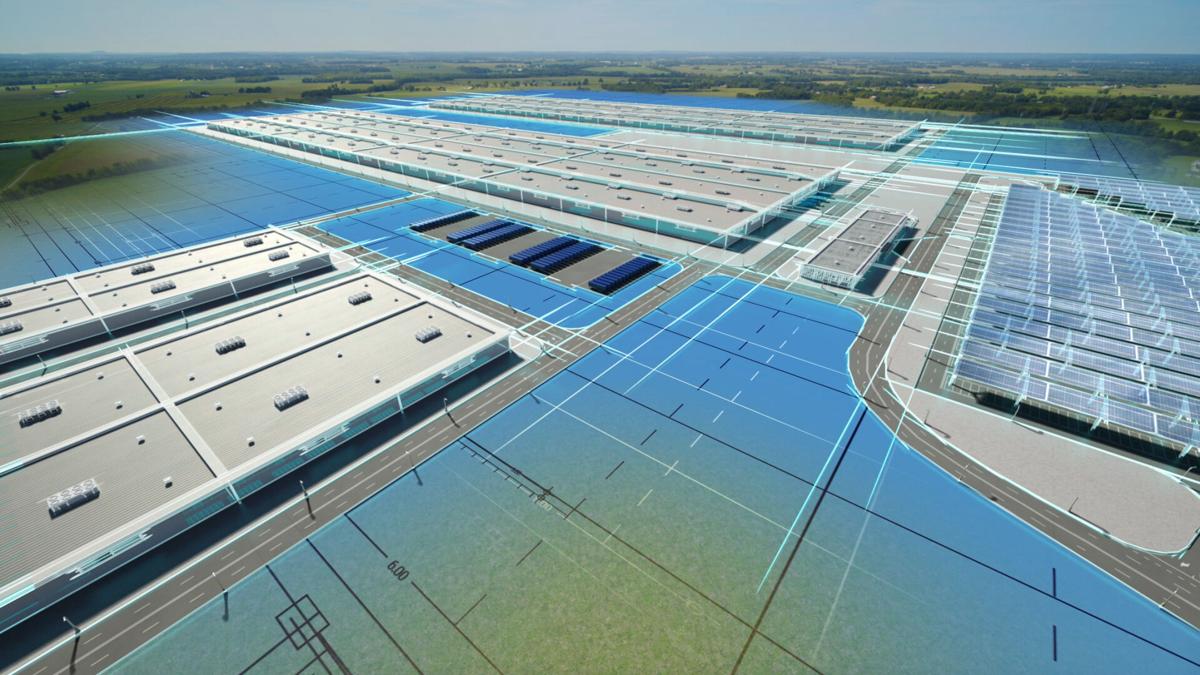 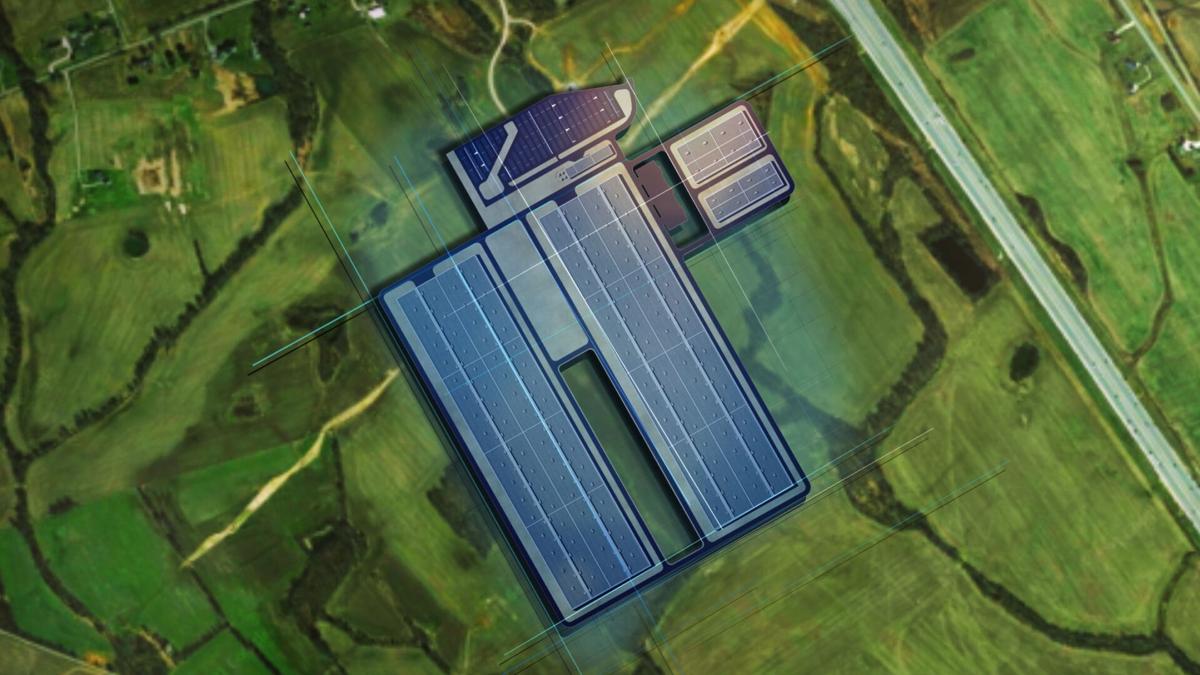 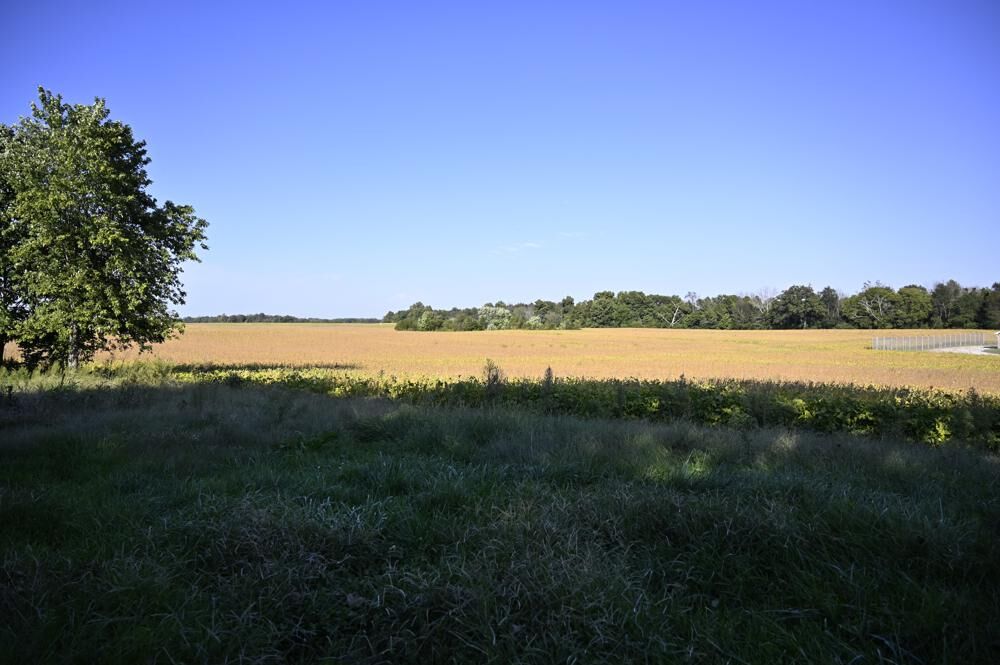 This Monday, Sept. 27, 2021, photo, shows a 1,551-acre field which will become the site of of a joint venture with Ford Motor Company and SK Innovation to create the $5.8 billion BlueOvalSK Battery Park in Glendale, Ky. The dedicated battery manufacturing complex is intended to supply Ford's North American assembly plants with locally assembled batteries. (AP Photo/Timothy D. Easley)
1 of 3

LOUISVILLE, Ky. (WDRB) -- Ford Motor Company plans to build two plants in Glendale, Kentucky, that will manufacture batteries as it prepares to ramp up its fleet of electric vehicles.

Ford said the batteries made at the plant — in partnership with SK Innovation — will go into both Ford and Lincoln vehicles made at the company's assembly plants in North America. Ford expects at least 40% of global sales to be electric vehicles by 2030.

"This is the single largest investment in the history of our state and this project solidifies our leadership role in the future of the automotive manufacturing industry," Gov. Andy Beshear said in the news release. "It will transform our economy, creating a better Kentucky, with more opportunities, for our families for generations. Our economy is on fire — or maybe it's electric. Our time is now. Our future is now."

"To finally see it going to be developed not only by a great company, but a company the caliber of the Ford Motor Company, just it absolutely blows me away and I can't describe how excited I am and I know the community feels the same way," Rick Games, President and COO of the Elizabethtown Hardin County Industrial Foundation.

"My thought is I'm excited. I really am. I've been hearing things for over 20 years now about things that were going to take place out here, but to hear this is actually coming I think it's just going to be absolutely tremendous for our town," Glendale resident Steve Conner said.

The Kentucky plant is part of $11.4 billion in new investment from Ford and SK Innovation adding 11,000 jobs to Glendale as well as another plant in Stanton, Tennessee, just northeast of Memphis.

We’re bringing zero-emission electric vehicles at scale to Americans with two new massive, environmentally- advanced campuses in TN and KY that will produce the next generation of electric F-series trucks and batteries to power future electric #Ford and #Lincoln vehicles. pic.twitter.com/SrHpPkfKRV

“Ford is very excited to make this historic investment in the great state of Kentucky,” Lisa Drake, chief operating officer of Ford North America, said in a news release. “Kentucky has been an incredible partner to Ford for more than 100 years and is home to Louisville Assembly Plant and Kentucky Truck Plant. With this announcement, Kentucky will play an essential role as Ford fulfills its commitment to lead the electric vehicle revolution and create thousands of jobs in the commonwealth, and we look forward to working with Kentuckians to create the future together.”

Ford will hold a "major economic announcement" event with more details on the plant at 4:30 p.m. Tuesday at the State Capitol in Frankfort.