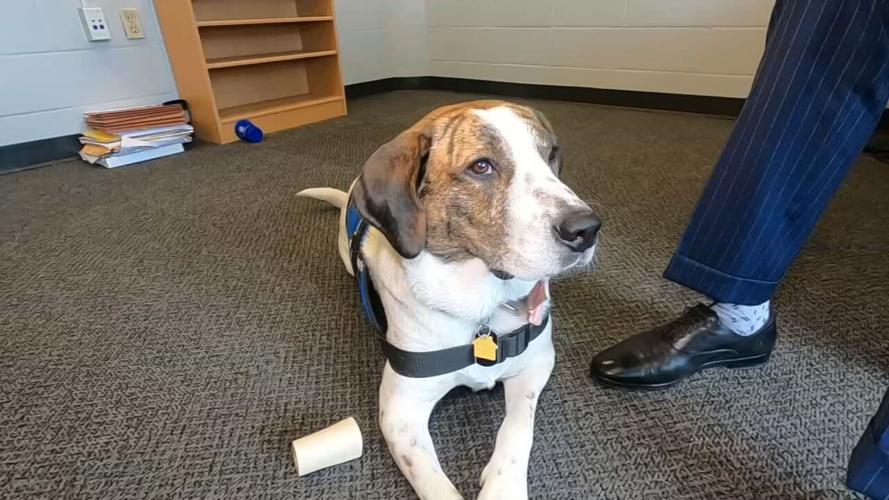 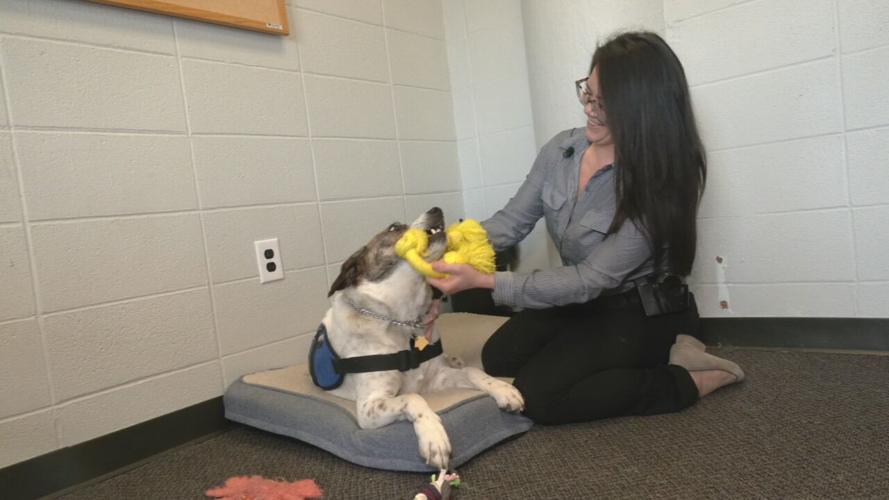 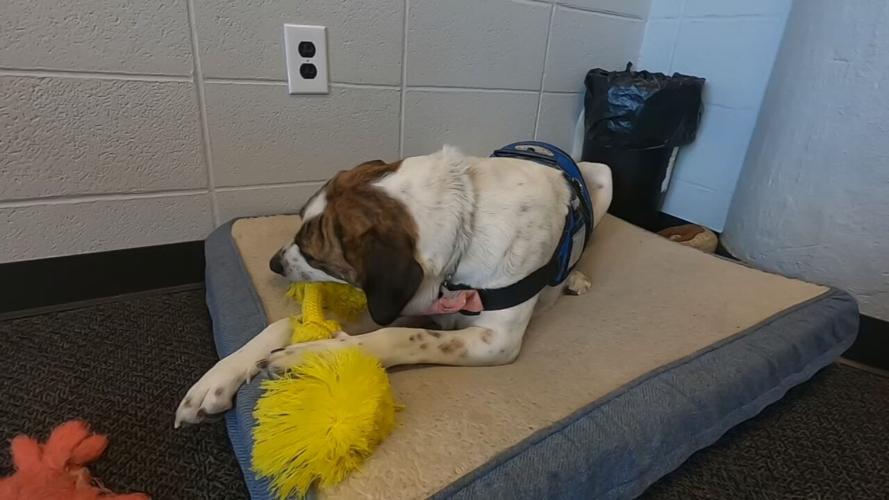 LMPD's new therapy dog is such a good boy

LOUISVILLE, Ky. (WDRB) -- Louisville Metro Police has a new tool and team member on the streets, and you could say he's such a good boy!

Leo, a K-9 that recently joined LMPD, is helping crime victims cope with the aftermath of violence and abuse.

"What we work with, it's a lot of family member type things, children involved also," said Det. Sarah Mantle with LMPD's Domestic Violence Unit, who responded to some scenes that are difficult to forget.

"It can be very overwhelming and sometimes heartbreaking even," she said.

These days, Mantle and fellow officers rookie partner is already making a name for himself.

"Leo is a therapy dog," said Meghan Ware, a victim services supervisor with LMPD and Leo's primary handler. "We are a certified therapy dog team.

"Leo's main job is to make your moment, your day, better,"

Leo was recently added to the unit and has already helped victims in some of the city's most disturbing crimes.

Leo was donated by an organization called Dogs Helping Heroes.

"They match dogs with veterans and first responders to meet their needs," Ware said. "They picked Leo out. They provided the training for us and in December. We became a certified team."

Leo hasn't help crack any cases, but Ware said the K-9 has gotten through to a lot of victims, including some children who recently lost both parents to homicide.

"We were waiting with those children to decide where they were going to go and who was going to take them home," Ware said. "And so Leo was able to go and spend some time with them while we waited in that office. One of the younger girls spent a lot of time laying on him. They were really excited to, I think, be able to cuddle something to be able to hold on to someone who would love them back."

Mantle said a visit from Leo can even be therapeutic for officers.

"It can be ... very stressful sometimes," she said. "Even if he's just there to brush up against our leg and for us to kind of give him a treat and him sit for us, it always puts a smile on all of our faces."

Leo is the department's first therapy dog, but Ware said  it has been a good match.

"There's a lot of research to show that just petting a dog, being around a dog, increases your feel good hormones, reduces your stress hormones (and) makes you more comfortable," she said.