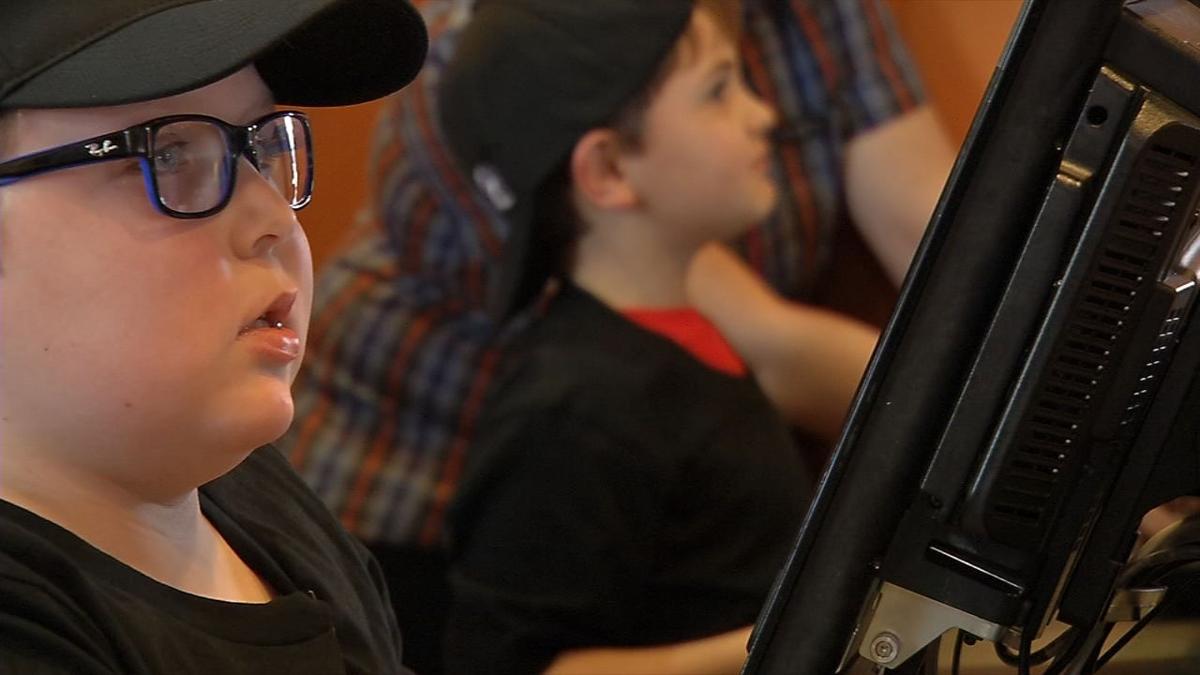 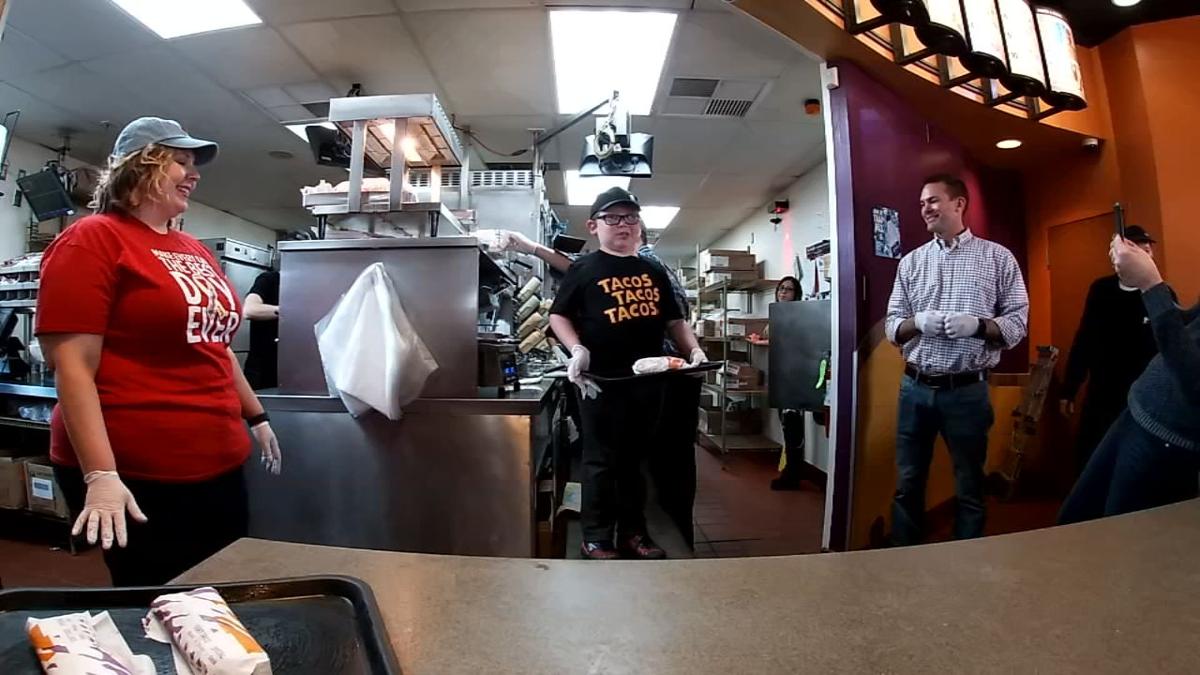 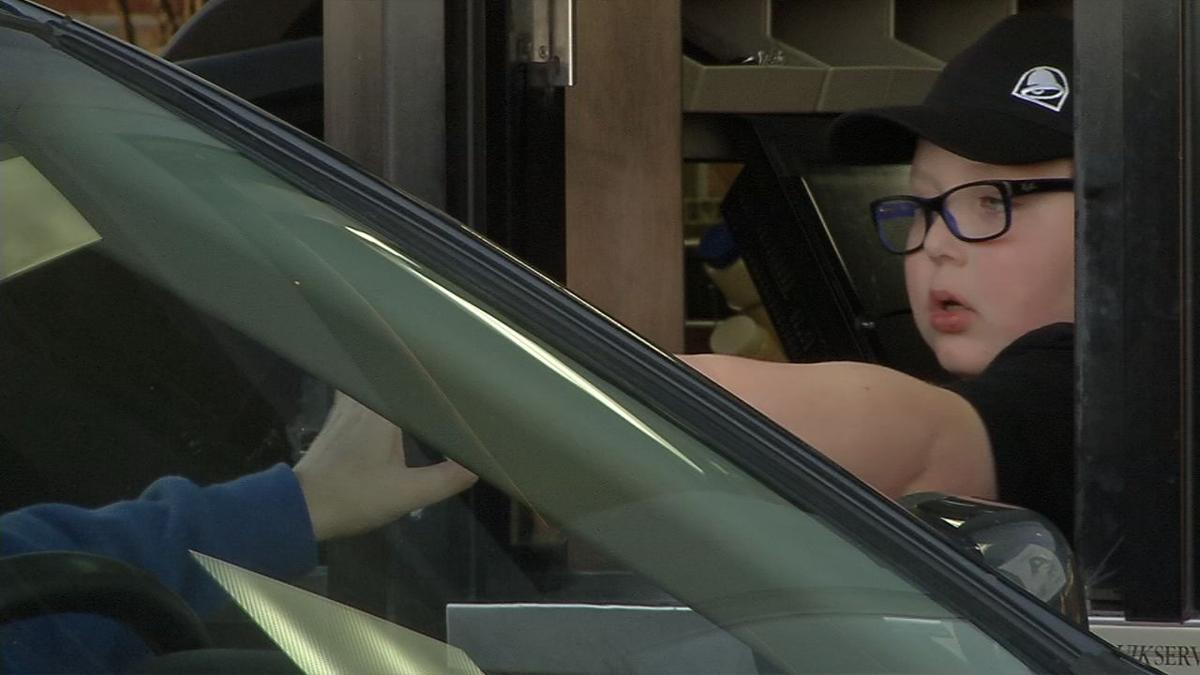 David Turner Jr. giving back change in the drive-thru.

David Turner Jr. giving back change in the drive-thru.

LOUISVILLE, Ky. (WDRB) – From the outside, it looked like a normal day at the St. Matthews Taco Bell, on Shelbyville Road.

But inside, 8-year-old David Turner Jr. eagerly took orders from customers. Set up with his cousins behind the counter to help, this is the very Taco Bell his mom worked at when she was in high school.

Recently David kept asking his mom about how old you have to be to work at the restaurant.

“I told him 15. He told me, ‘That’s ridiculous because I could make tacos.’ And then he went on to explain a 10-year-old could make tacos and mind you, he is 8,” she said.

Taco Bell Franchisee Judd Wishnow said, “I will say, I was shocked that that was his dream, but I was so excited when he came in here."

Despite the balloons, fanfare and celebration, this taco Tuesday has a deeper meaning than just taking orders and working in the kitchen. David was diagnosed in 2018 with brain cancer. Family members recently learned the tumor is progressing and they've always tried to make every day count.

“It's exciting because unfortunately he may not be 15 and have a first job with the type of diagnosis he has,” Elizabeth Turner said.

“David was the kind of kid who clearly knew how to work the audience,” he said. “He was very good at upselling and doing stuff on his own. You have to be impressed.”

David even has the tips to prove it.

He doesn’t know what he plans to spend the money on just yet, but buying his favorite Taco Bell food is always an option.