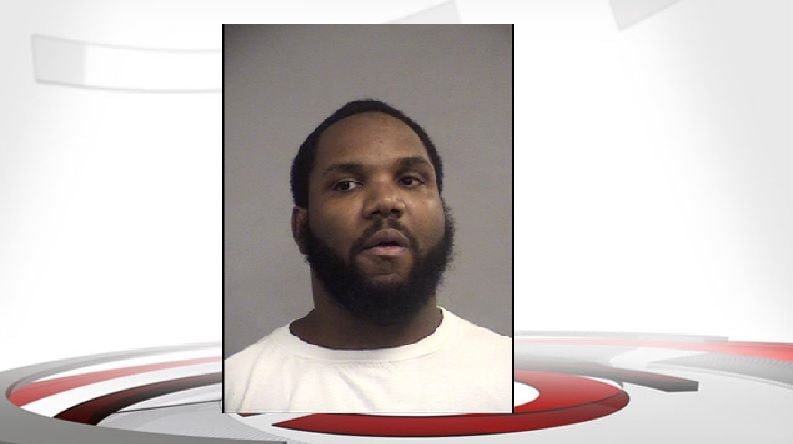 LOUISVILLE, Ky. (WDRB) -- A Louisville man has pleaded guilty to fatally shooting 15-year-old Gregory Holt in his mother's apartment in 2012.

The James Mallory murder case has dragged on for years — with the trial postponed numerous times for various reasons — and was scheduled to head to trial next in February 2022.

On Tuesday, that murder charge was amended to first-degree manslaughter. The 39-year-old also pleaded guilty to second-degree burglary.

Mallory admitted he was complicit to shooting Holt, a student at Farnsley Middle School, to death in 2012 during a home invasion.

Prosecutors have said Holt’s mother, Kendra Wilson, participated in a robbery and attempted execution of Mallory hours earlier, and that Mallory shot the teen while trying to retaliate against Wilson.

In 2018, bullet casings came to light six years after the shooting. The existence of the shells was only revealed days before Mallory’s death penalty trial was supposed to begin in Jefferson County Circuit Court.

Mallory's co-defendant, Anthony Hogan, previously agreed to testify against Mallory and was allowed to remain out of jail. Hogan claimed he saw Mallory bury the shell casings after Holt was shot to death near Dixie Highway and East Rockford Lane.

Attorney Angela Elleman, of the Louisville Public Defender’s office, and an investigator working with her dug up the shell casings buried in a tree stump outside a bar in Louisville just months after the April 11, 2012, murder.

The casings were put in a safe at the public defender’s office for years until prosecutors learned of them when talking with Hogan about his agreement to testify against Mallory days before Mallory’s 2018 trial was to begin.

Mallory was sentenced to 14 years for first-degree manslaughter and five years for third-degree burglary.

He was sentenced to 19 years in prison, and will not be eligible for probation, according to the Jefferson County Commonwealth Attorney's office. He will be eligible for parole after 85% of his manslaughter sentence is served.

Brian Butler, Mallory's most recent attorney, said if the case had gone to trial in February, the death penalty was possible for Mallory.

"Obviously we would've vigorously contested that, but that was an authorized punishment if James (Mallory) had been convicted as charged," said Butler.

Butler noted that mediations are not common in criminal cases, but in this instance, that is what happened.

"So many lawyers had been involved in the case, so much time had passed, so many motions and frankly, so many crazy things happened in this case, we felt like the best way to approach it before we went to trial would be to sit down with a neutral party -- a mediator -- present our side of it, let them present their side of it, and get an independent person's take on that and try to see if we could bridge the differences that we had in the case, and I think we did that," said Butler.

Butler said it's "good for everyone" that the case is now closed.

"Ten years is too long for a case to linger, and that's not to point fingers at anyone I mean, there's lots of reasons that happened, but I think everyone involved would think ten years is a long, long time for a case to continue to pend in court," he said.