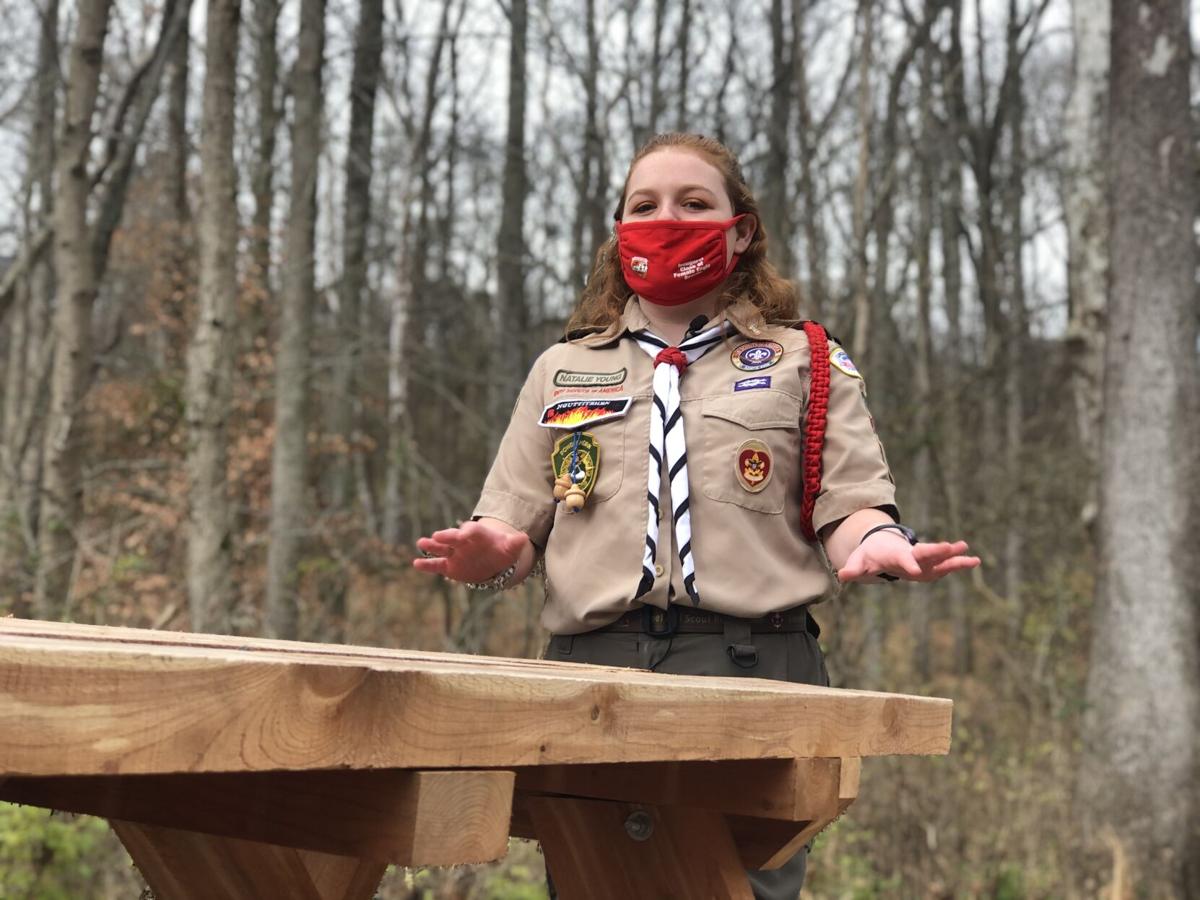 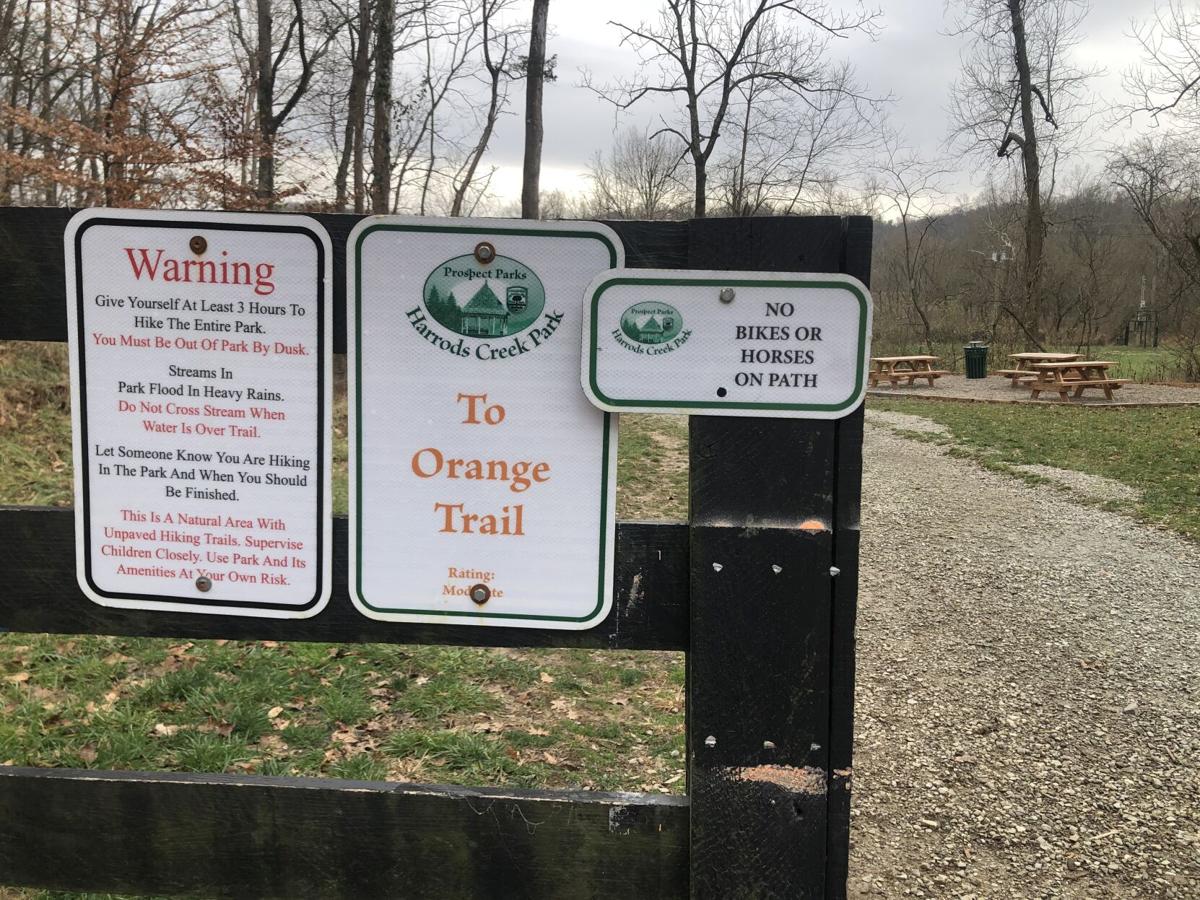 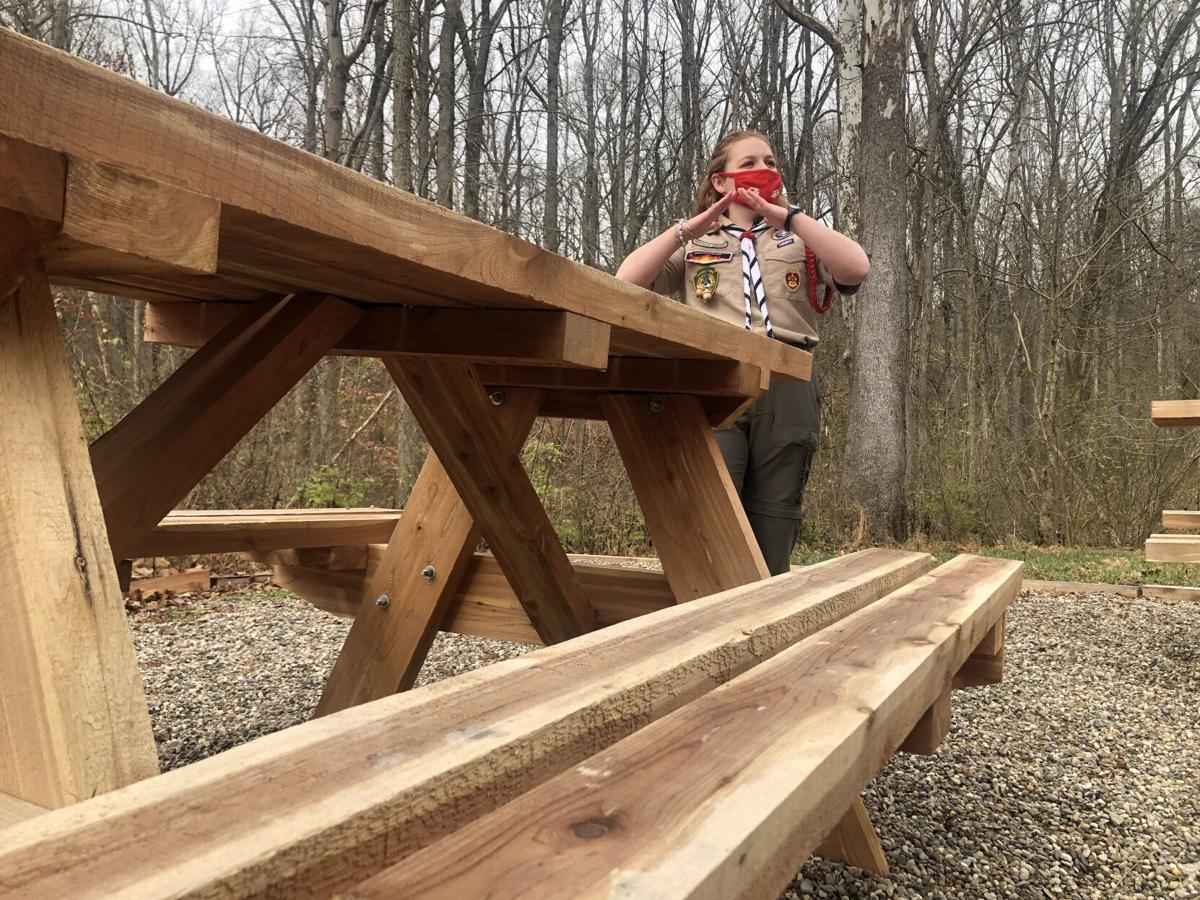 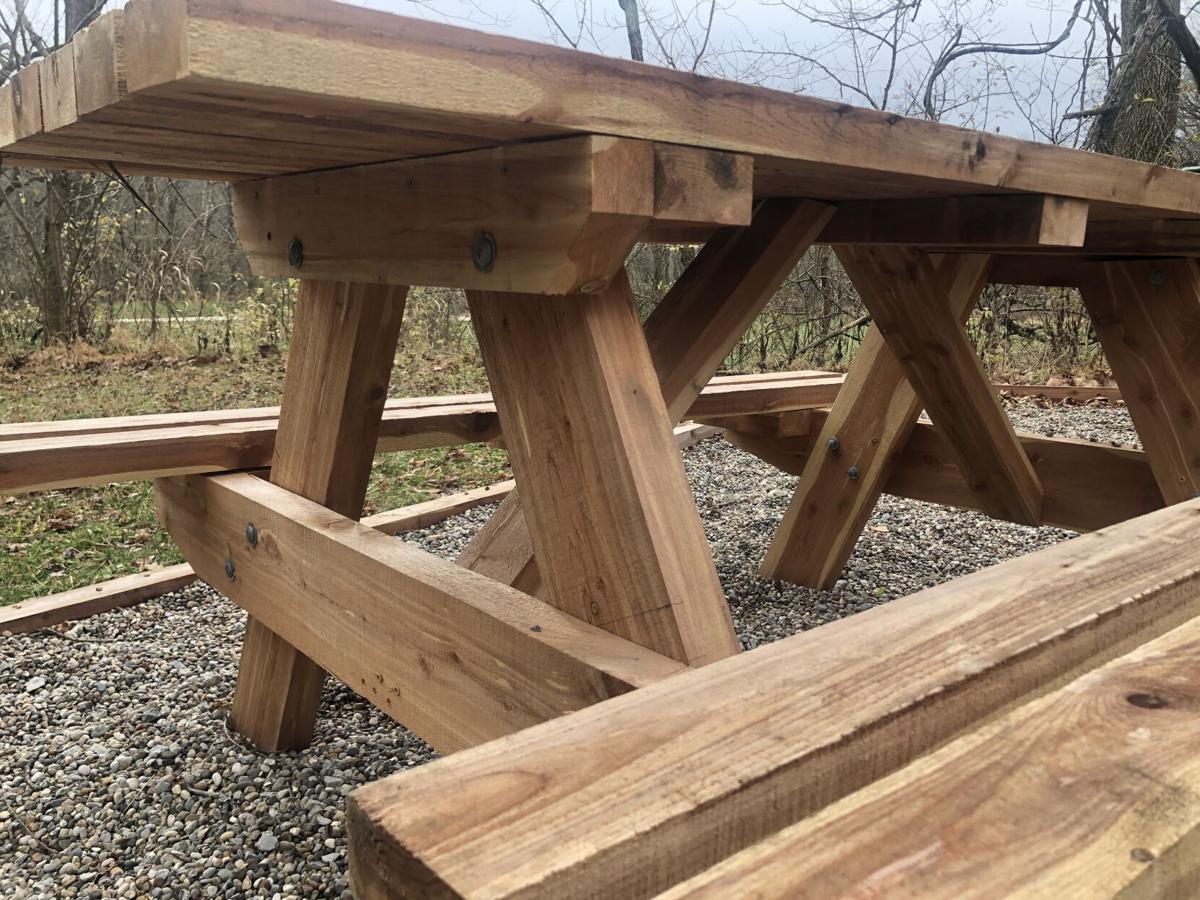 LOUISVILLE, Ky. (WDRB) -- Picnic tables may not seem like anything prestigious, but building them allowed one Louisville teenager to become just that.

Natalie Young, 19, made history by becoming the first person in Kentucky to earn the highest title in both Girl Scouts and Scouts BSA.

"It's a great honor to do both," Young said.

Young joined Girl Scouts in kindergarten, and in August, she completed her final project in the program, officially giving her the Gold Award title.

"I was just really excited and surprised and kind of proud for myself when I did actually got to earn both of them and be the first to do that," she said.

For her Gold Award project, Young made five bookshelves for the Westport Early Childhood Center that have removable sleeves that can be washed if young learners got them dirty.

Young said she anticipated finishing the project in the spring, but the school closed due to the pandemic, so she wasn't able to install the shelves until August.

In a wooded corner of Harrods Creek Park is where, you'll find her Eagle Scout Project. With the help of family and some of her fellow scouts, Young built three picnic tables so hikers and parkgoers could enjoy meals outdoors. Young said she's glad she picked an outdoor project because the pandemic made it important to have open space outdoors for social distancing.

"I just hope they get some time with their family, friends and just build community," Young said. "Especially in 2020, I think that's something we've really learned is how to build community in hard times."

Young's father, George, said his daughter is tenacious and highly motivated, and he was proud she completed the program in just 18 months.

"It was really amazing. We always know that our kids are amazing, but when they show it, it's even better," George Young said. "Having two eagle scouts and a gold award winner -- because her brother is an eagle scout as well -- is really a point of pride for me and her mom."

Now that she has achieved both titles, Young said she hopes to inspire other women to take advantage of what both programs have to offer.

"Girl Scouts is a lot about girl empowerment, and Boy Scout teaches you a lot about leadership," Young said. "I hope that future generations of girls choose to do both, because you can learn a lot from both programs."

Young said she chose to study early education at the University of Louisville because Scouts BSA helped her learn that she enjoyed working with youth. She said her goal is to one day become an elementary school teacher.

Young was a part of the first group of women ever to receive the Eagle Scout title in November and said a few other women in her troop are on track to achieve their Gold Awards as well.