The committee on Wednesday passed a resolution that encourages Mayor Greg Fischer's administration and LMPD to expedite internal investigations conducted by the police department's Professional Standards Unit and Public Integrity Unit, which include investigations conducted after officer-involved shootings like the death of Breonna Taylor during an LMPD raid on her apartment in March.

"There are some cases that have been in limbo since 2016 and 2017 that are still not adjudicated yet," said James, D-6, one of the two sponsors of the resolution.

The resolution also encourages the city to be swift in releasing documents and materials that council members feel should be made public: body camera videos, 911 calls, dispatch logs and autopsy reports.

"Dragging it on for years and using these internal investigations as an excuse to not be transparent is just not going to work for us," said Councilwoman Jessica Green, D-1, the other sponsor of the resolution.

Unlike an ordinance, the resolution, which passed committee unanimously, is nonbinding. In other words, the mayor could choose to ignore it.

However, a spokesman for Fischer said the mayor will generally comply if the final version of the resolution ensures that those investigations will continue to be "thorough."

Green isn't sure if she's willing to add that clarification to the resolution or not but hopes to hash out those differences before the measure gets a final vote from all of Metro Council next week. 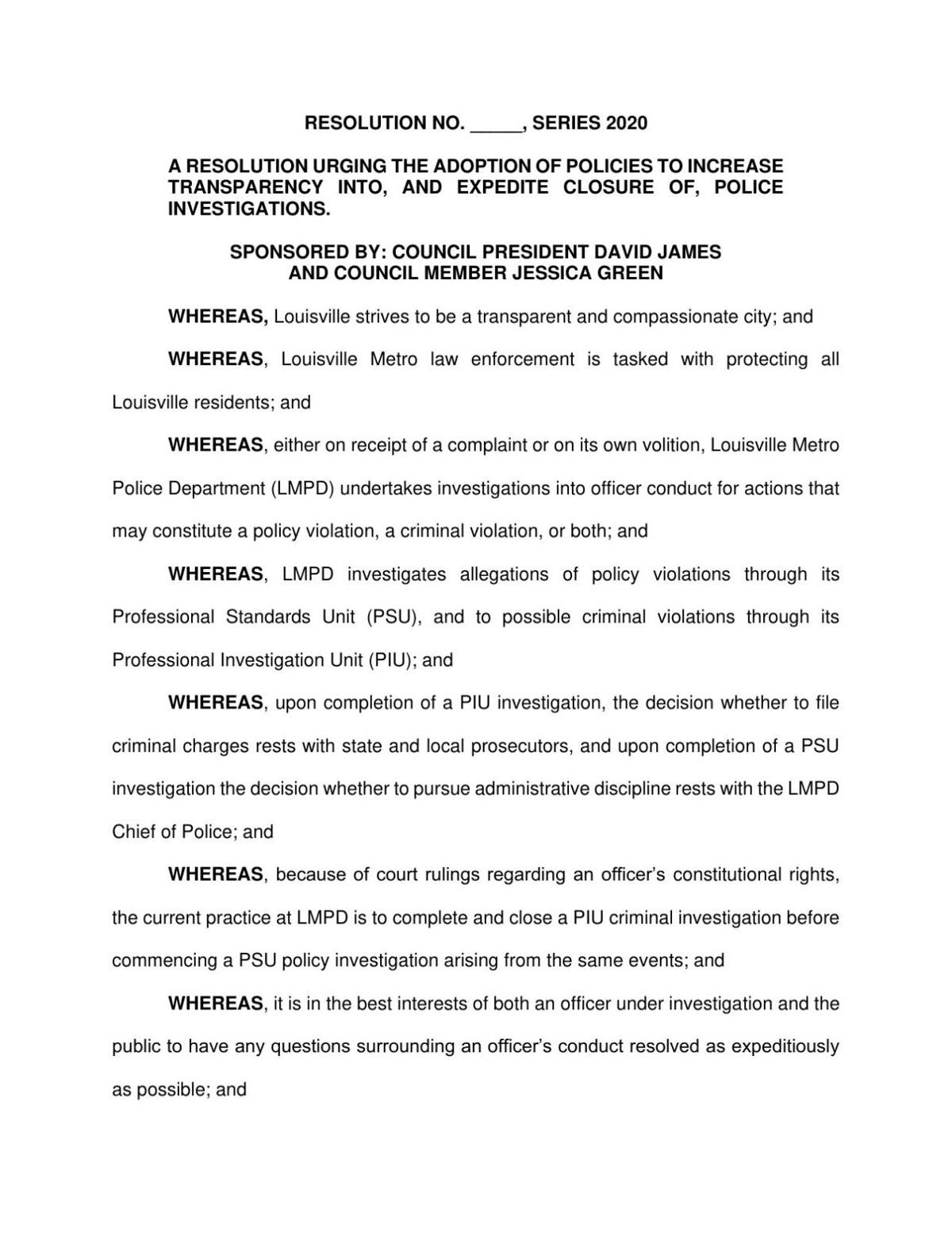