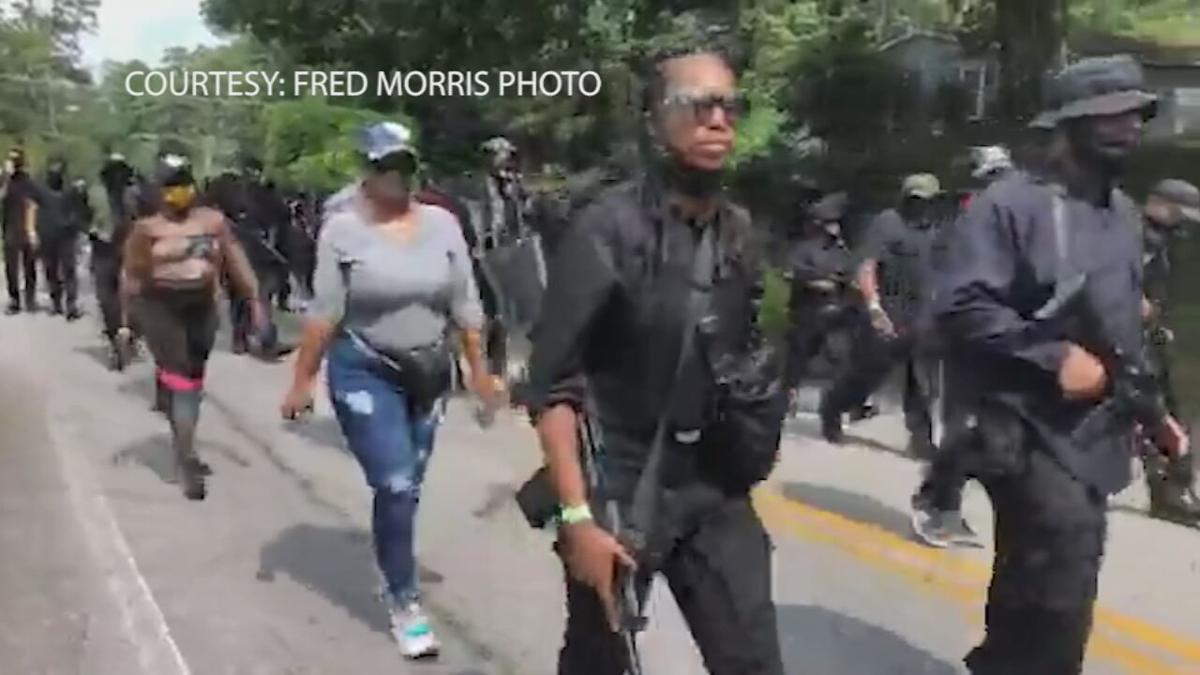 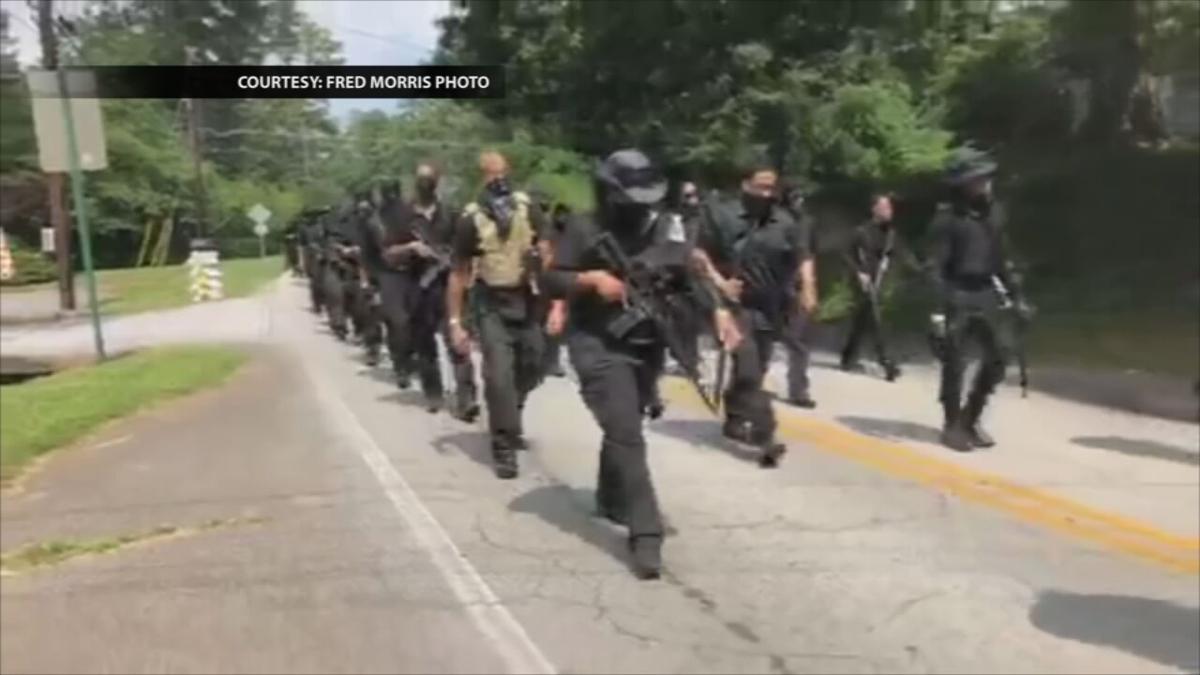 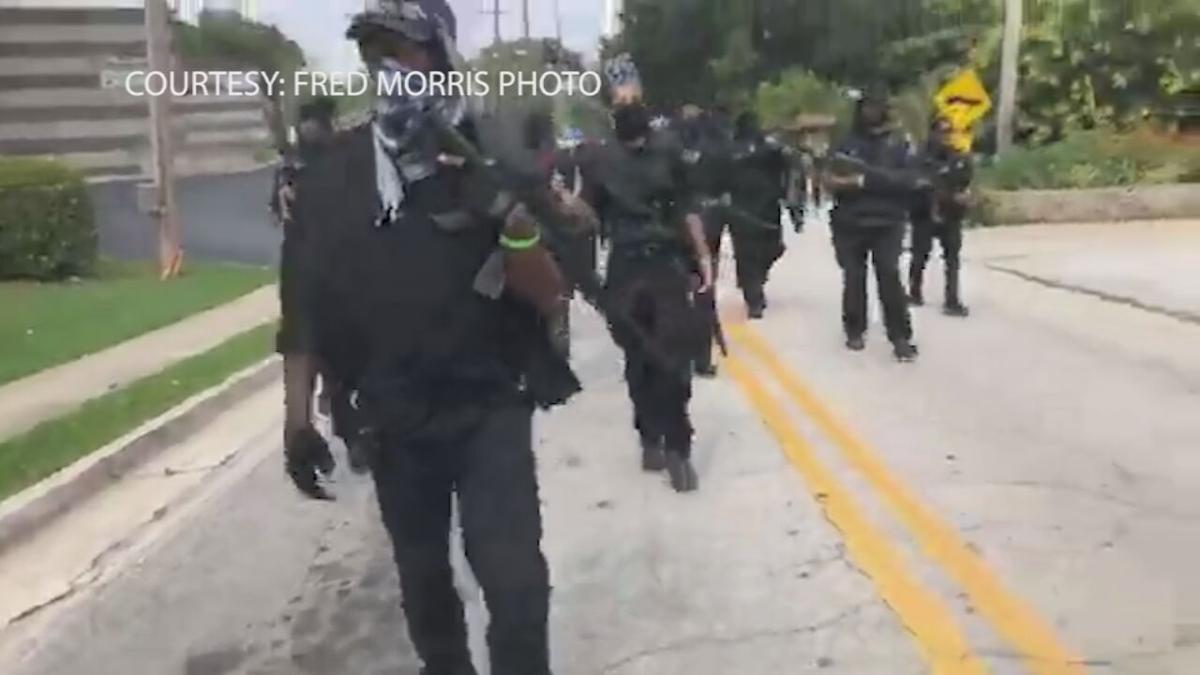 LOUISVILLE, Ky. (WDRB) -- The leader of an armed militia group says he has come to Louisville as part of an organized response to demand justice for Breonna Taylor.

Meanwhile, a city leader is advising people to avoid downtown this weekend because of a potential for violence from groups with "very different viewpoints."

Pictures and videos have been all over social media announcing that the NFAC, the "Not Fu****** Around Coalition," is expected to be in town this weekend.

Organizers say the NFAC shows up when the Black community doesn't get answers regarding cases like the fatal police shooting of Breonna Taylor. The group says it plans to openly carry weapons on Saturday during a noon march, beginning at Baxter Park and moving to Jefferson Square. The group is urging members to show up wearing all black, to carry semi-automatic weapons and to be peaceful.

A man who calls himself Grand Master Jay is the leader of the group.

"Once it gets to that point where it looks like the government is non-responsive to the will of the people, the Constitution says to the form of the militia to address the grievances of the people," Grand Master Jay said. "I didn't write it. They wrote it. We just abide by it. So that's our next destination, because when it looks like the government is being indifferent to the people, the people have the right to form themselves -- and arm themselves -- to ask those questions."

NFAC said it's unacceptable that so much time has passed — more than 100 days — since officers shot and killed Taylor in an early-morning raid on March 13.

Grand Master Jay said he's talked to city leaders but that it's time for a new mayor, a new city council and community policing.

He said NFAC has been working with LMPD's Special Operations Division as well as state police and other agencies, and there's an agreement that those law enforcement agencies are in charge of first response if anyone gets aggressive with NFAC.

Police are also closing off streets around Jefferson Square and setting up barriers between NFAC and potential counter-protesters Saturday.

On Friday afternoon, Metro Councilman Kevin Kramer, R-11, urged residents to stay away from the downtown Louisville area on Saturday.