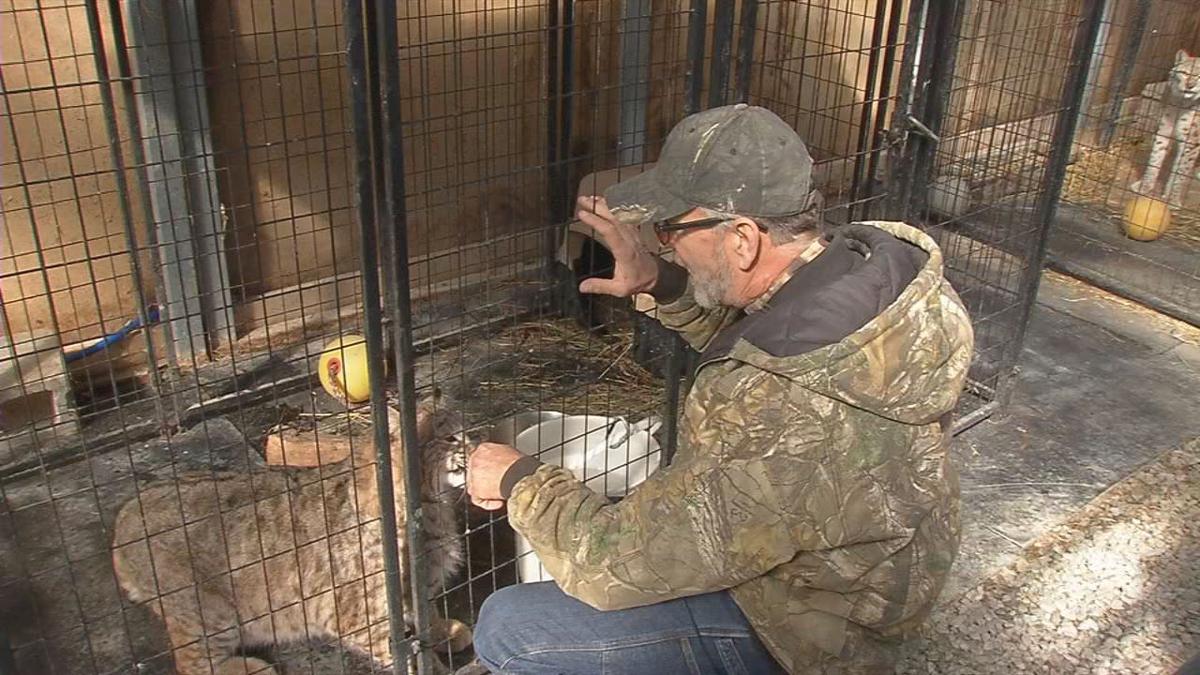 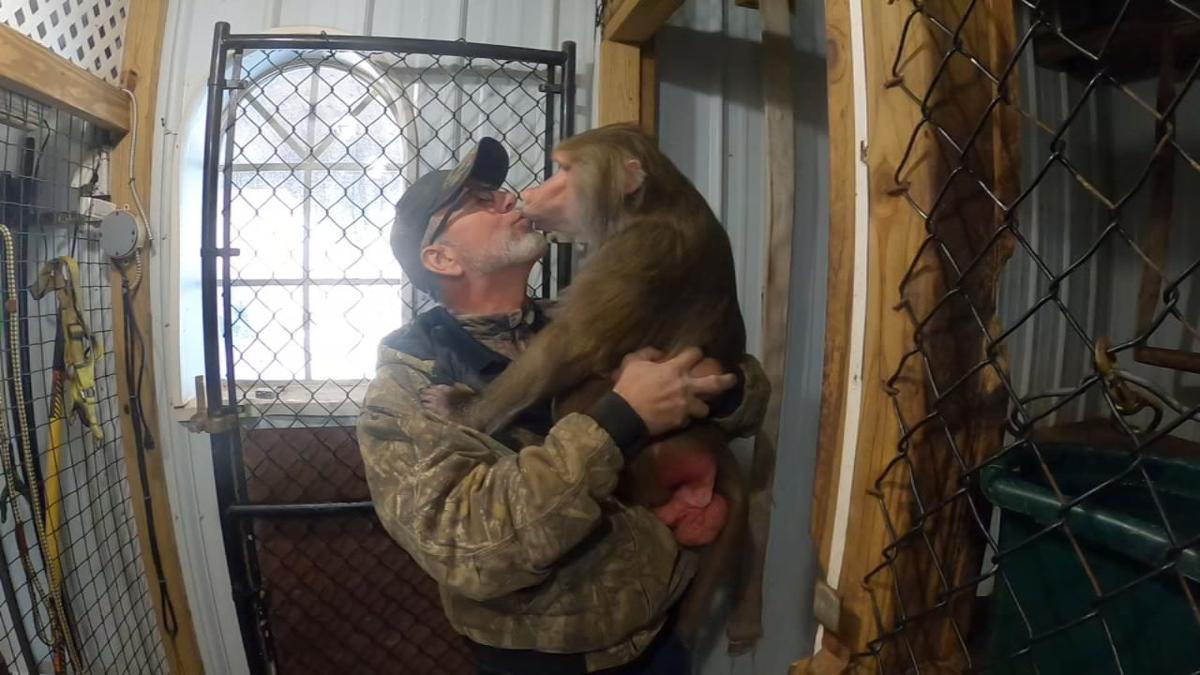 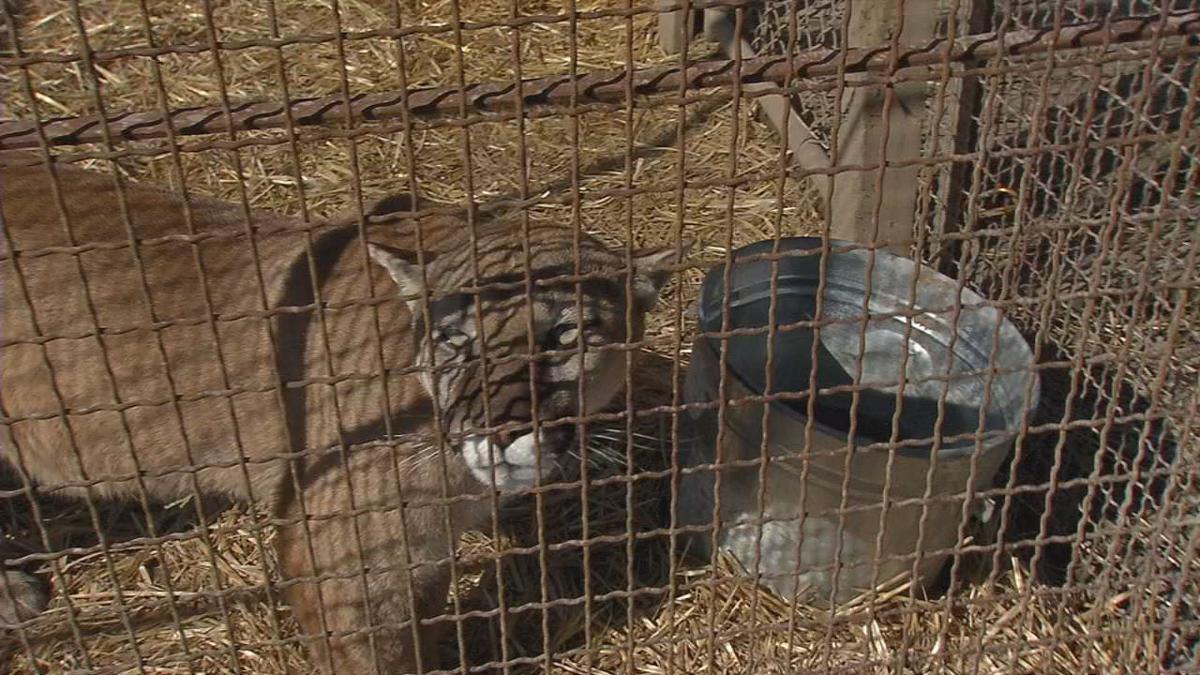 CHARLESTOWN, Ind. (WDRB) -- The People for the Ethical Treatment of Animals (PETA) is asking a federal judge for an emergency hearing to question why a lion and tiger seemingly died at a controversial southern Indiana zoo.

According to a court filing, the two big cats -- a young female lion named Nera and an elderly tiger named Jomba -- died at Wildlife in Need in recent days.

While zoo owner Tim Stark wouldn't confirm these details to WDRB News Thursday morning, PETA forwarded two videos it says was sent to the organization by a whistleblower. In them, a distressed Stark mourns the two cats and blamed the deaths on the mounting pressure his zoo is facing from federal regulators and animal rights advocates

After a recent USDA filing determined Stark and Wildlife in Need violated the Animal Welfare Act (AWA) numerous times, the zoo's license will soon be pulled -- barring a successful appeal by Stark -- and even Indiana Attorney General Curtis Hill is suing Stark because of his history of documented animal abuse and neglect. Both actions could cause the closure of Wildlife in Need and the removal of Stark's exotic animals to court-approved sanctuaries.

According to the lawsuit:

• Stark has had numerous tigers declawed when there was no medical need to do so and has stated "declawing them just makes it easier to play with them."

• In 2017, Stark punched a sloth in the face when the animal did not want to come out for pictures with guests

• In spring 2017, Stark housed a sick camel in a muddy enclosure where the animal died

• In April 2018, Stark put an ostrich in an emu enclosure. According to the suit, "the emus killed the ostrich and the ostrich's body was left to rot inside the emu enclosure for multiple days."

• At an animal show in spring 2018, Stark was bit by a teething tiger cub while playing with it. "Stark threw the cub on the ground, kicked it, and repeatedly stomped on it," the suit reads.

• In July 2019, Stark attempted to transport about 100 animals to Oklahoma where he'd planned to launch a for-profit zoo. "Stark placed approximately 100 animals in a 28-foot enclosed trailer with no water, no air conditioning, and no air circulation," the lawsuit says. "By the time Stark arrived in Oklahoma, over 30 animals had died in the trailer and several others sustained heat-related injuries."

Before that lawsuit, PETA also sued the zoo and claimed it violated the Endangered Species Act by declawing tiger cubs. The new brief was filed as part of that lawsuit.

PETA says Stark, in one of the videos posted to social media in recent days, claimed Wildlife in Need "could not provide veterinary care" to the sick or dying cats. In one video WDRB News reviewed, Stark claimed that he has trouble finding veterinarians because animal rights organizations like PETA put too much pressure on them. PETA refutes that claim and says it's Stark's fault he can't secure proper veterinary care for his animals.

In its filing, PETA urges the court for a prompt hearing in which it can hear evidence and decide whether or not to transfer the remaining big cats to "accredited wildlife sanctuaries" on an emergency basis. 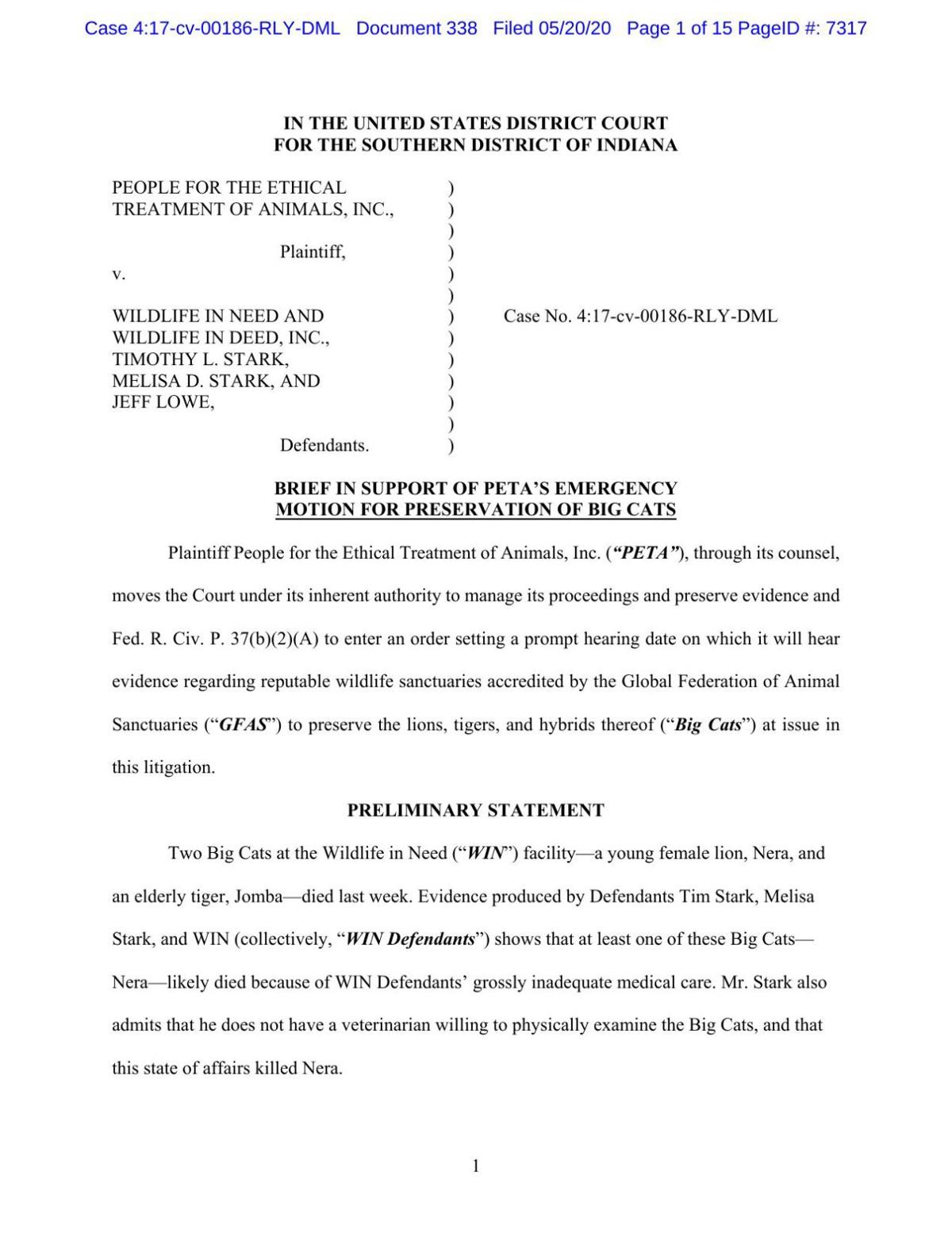