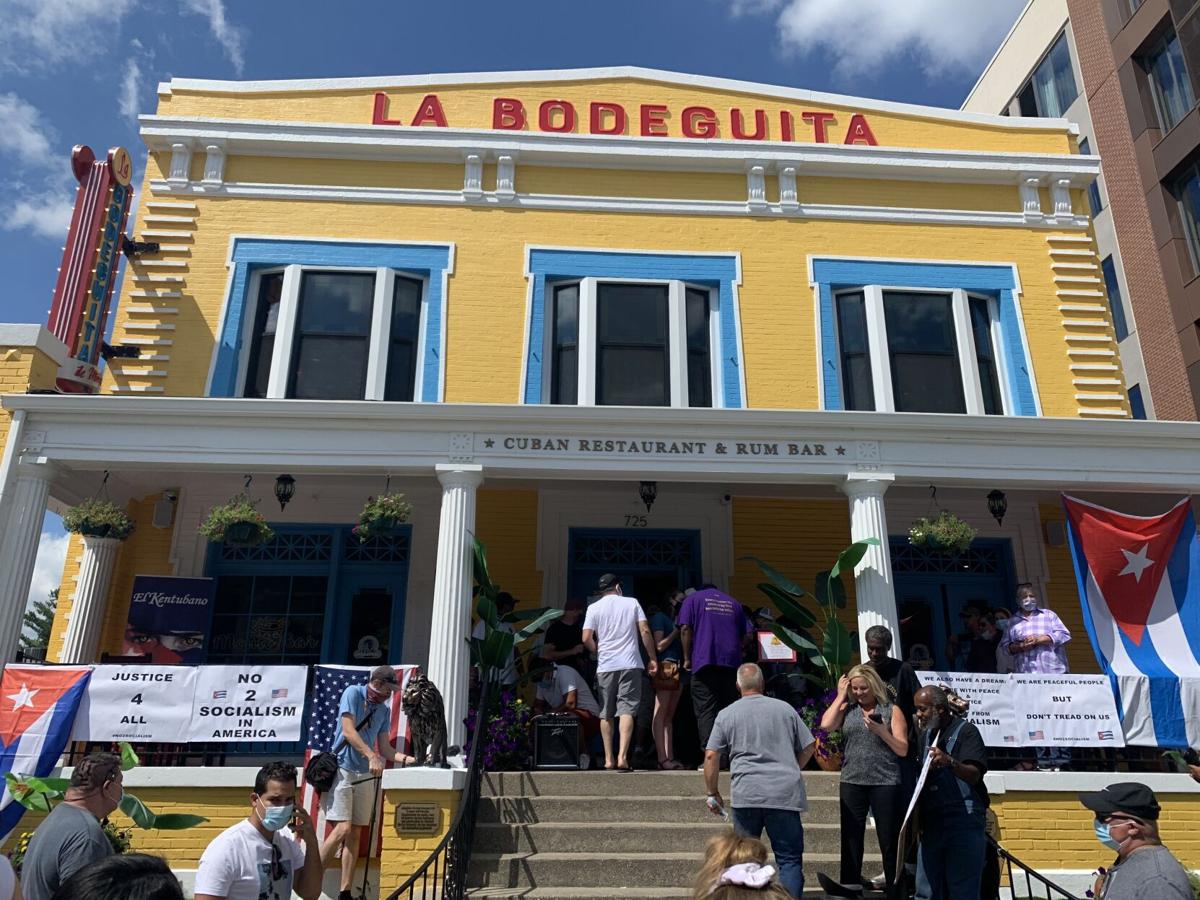 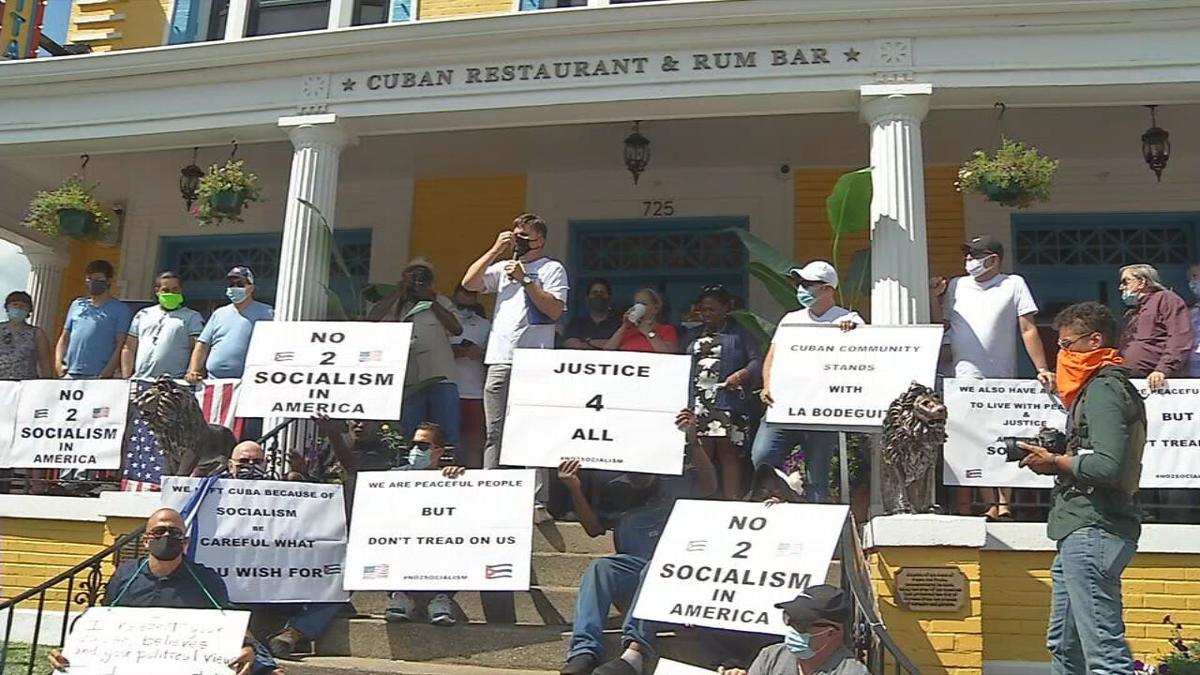 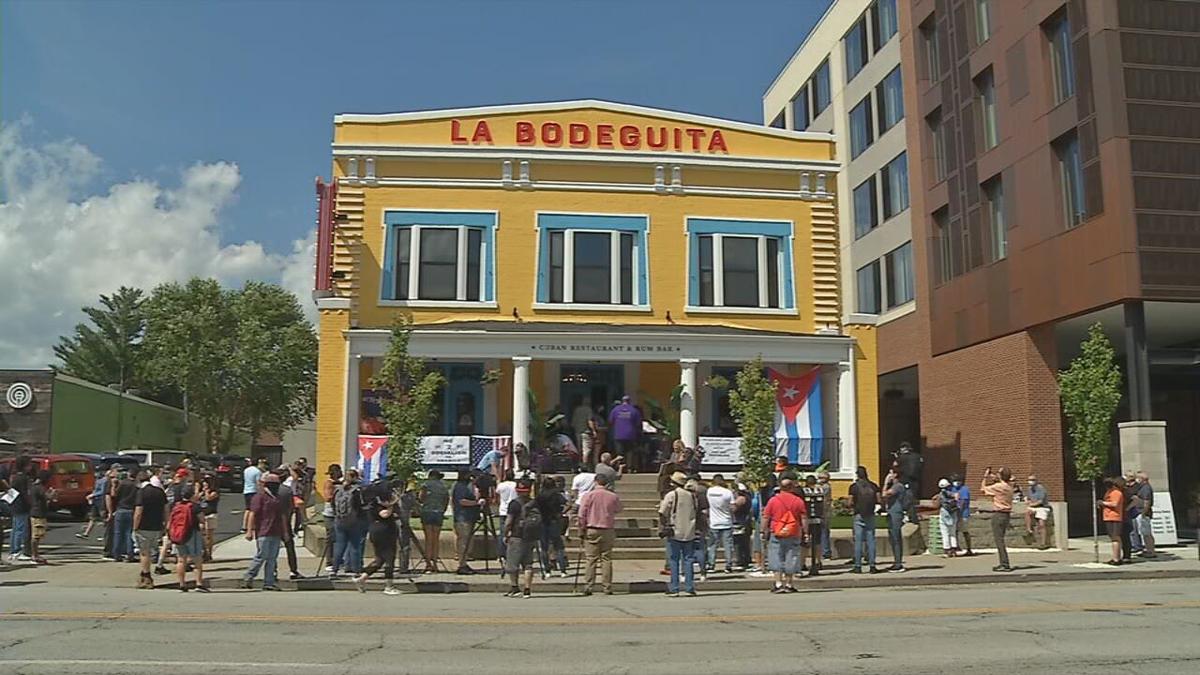 They gathered on the terrace of La Bodeguita de Mima, a new Cuban restaurant there, about a week after protesters seeking racial justice through systemic change in Louisville served NuLu businesses with a list of demands.

Fernando Martinez, the restaurant owner and one of dozens of Cuban-Americans who attended the rally, spoke out against the demands, intimidation and vandalism to bursts of applause.

While a spokesperson for the restaurant characterizes the "vast majority" of Martinez's recent interactions with protesters as friendly, he said some have been threatening.

“How is destroying this business going to bring justice to anybody?” Martinez said during the Sunday rally.

In part, the list of demands sent to NuLu businesses says the businesses should mirror the city’s Black population with at least 23% Black staffs and 23% inventories from Black vendors, make diversity training mandatory, and commit to increasing equity through other ways too.

Read the full list of demands in the document below. 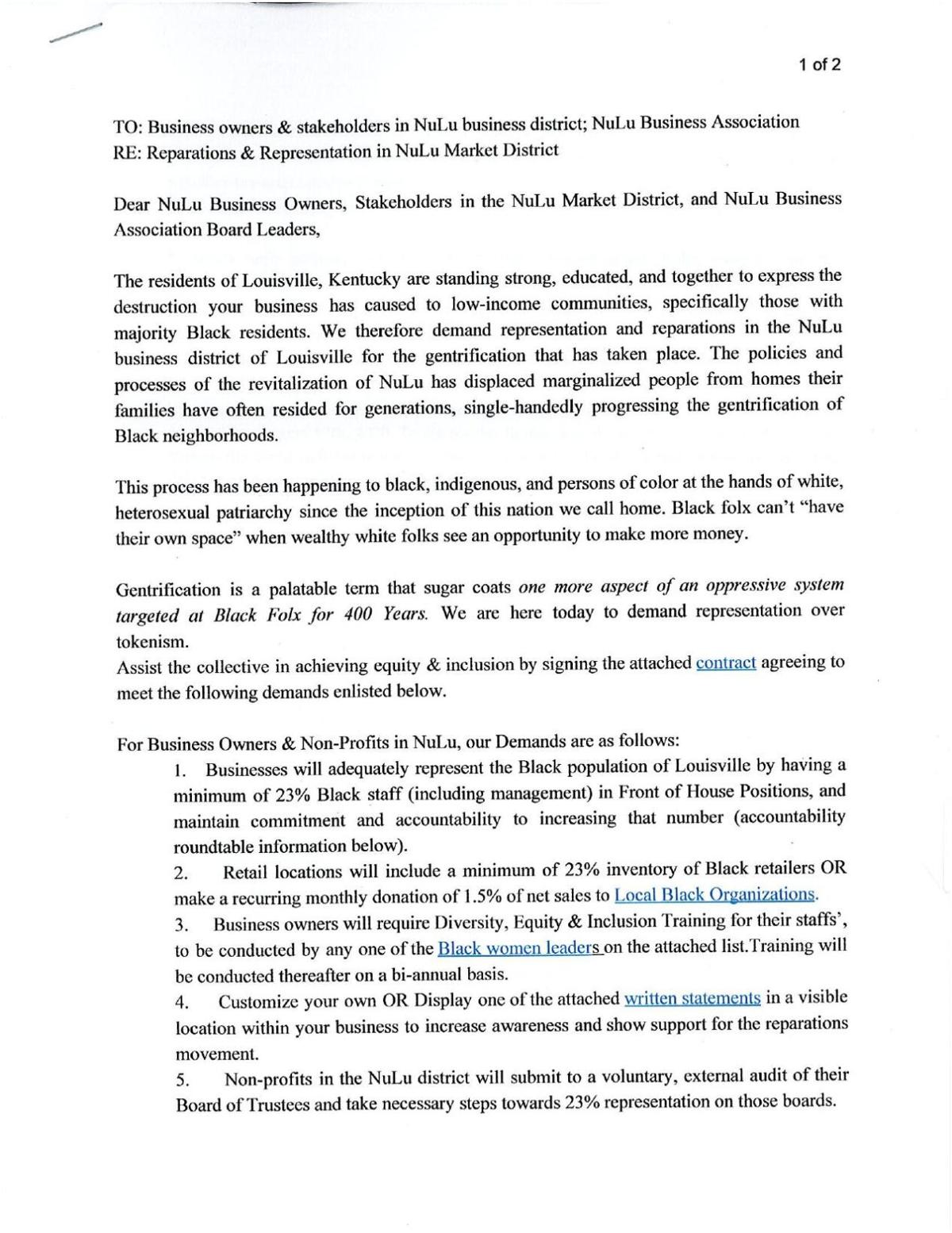 Some at the rally said they support and will continue to support the fight for justice for the Black community and likened the injustices faced by the Black community to those faced by Cubans under Fidel Castro, but they disagreed with the way protesters are seeking that support from businesses like Bodeguita.

Protesters said if demands aren’t met by mid-August, NuLu businesses would face more protest and boycott and risk being blasted on social media. Some who rallied Sunday characterized those measures as "extortion."

The threatened repercussions also made Ahamara Brewster, and other members of the Revolutionary Black Panther Party, stand in solidarity with the Cuban-Americans who gathered outside the restaurant Sunday afternoon.

“If you want help from someone, there’s a way about doing it," said Brewster. "You know, being diplomatic about it, but you don’t threaten anyone.”

However, Brewster does agree that change is needed across Louisville.

“Diversity in hiring, but also, you know, just contributing to the Black community too," she said. "The Kentucky Alliance needs funding and the Revolutionary Black Panther Party.”

Talesha Wilson, a community organizer who helped draft the list of demands, says she didn't pay much attention to the Sunday rally but characterized it as premature and a "temper tantrum that could have been solved by a conversation."

Wilson said La Bodeguita de Mima was given an 'A' grade for racial equity by protesters and said she and others are very willing to work with other businesses who are still short of a similar grade.

When asked why she letter classified the goals included on her list as "demands," Wilson said she believes gentler language would have been ignored.

"We are in a society where we have to demand to exist," she said.

Sadiqa Reynolds, the president of the Louisville Urban League, said she'll boycott the restaurant after the Sunday rally.

"Rather than respond to demands tendered, even in the negative, and affirm that he is aware of the pain our people are in, instead he chooses to highlight what he believes is his superiority," she wrote of the owner on Facebook.

Martinez, the owner, declined an interview request and deferred to his comments made during the rally.

After scary injury at Pittsburgh, Cunningham returns to practice Tuesday for Louisville