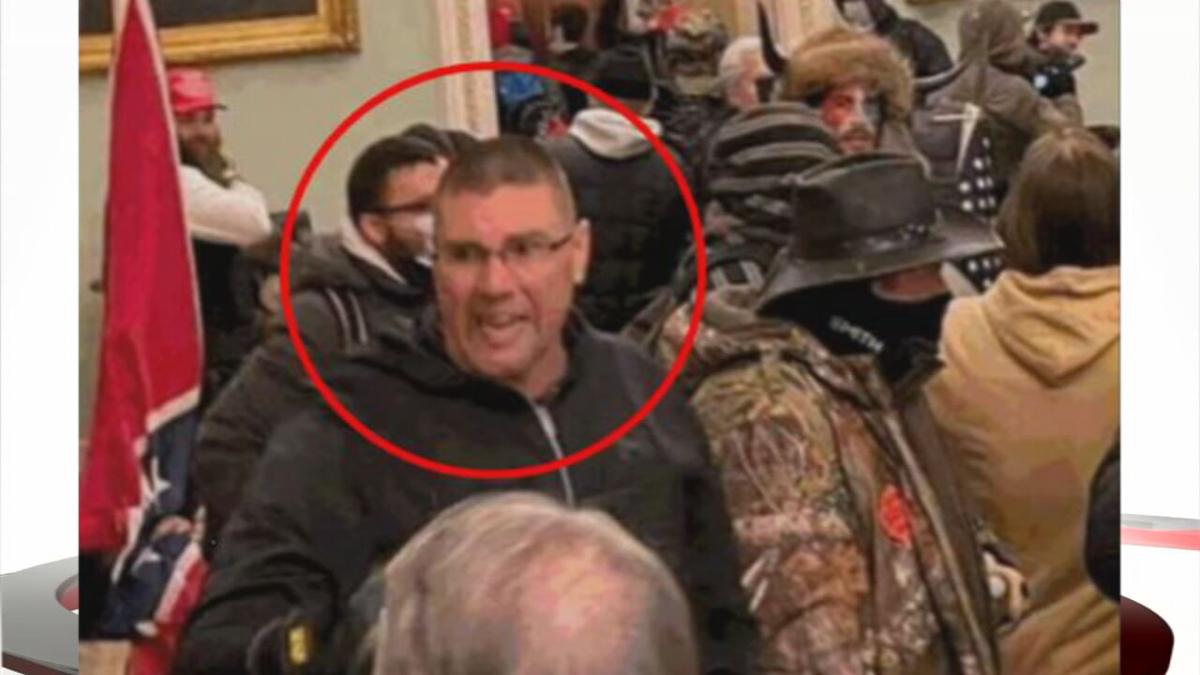 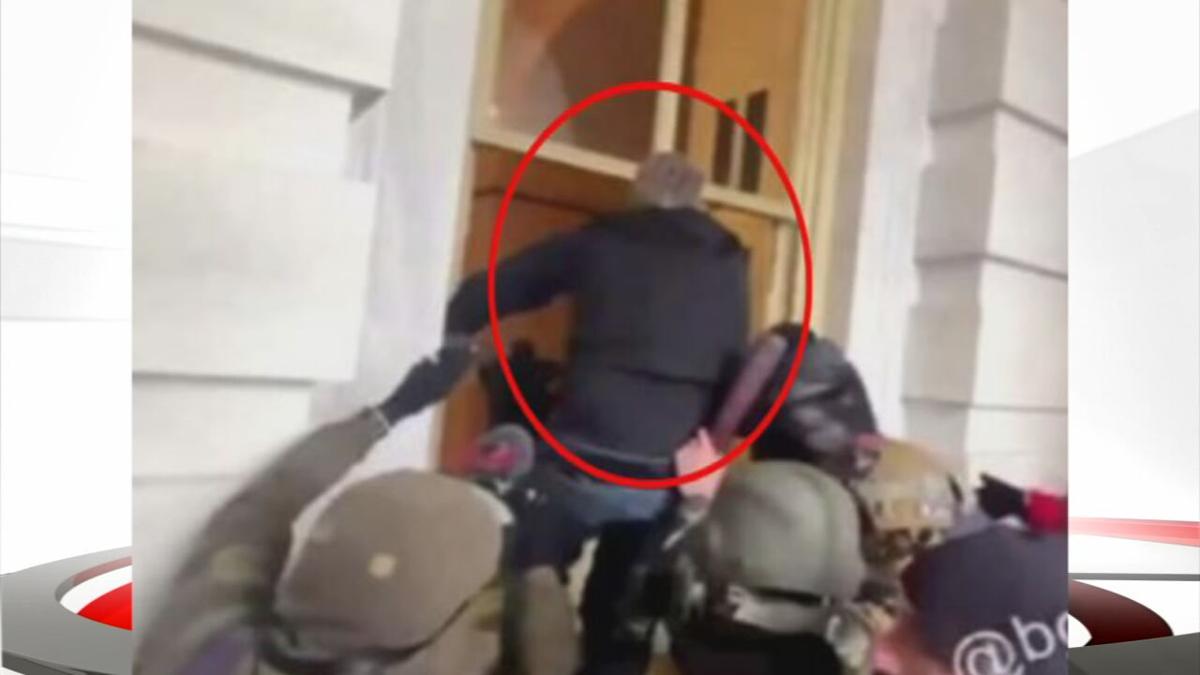 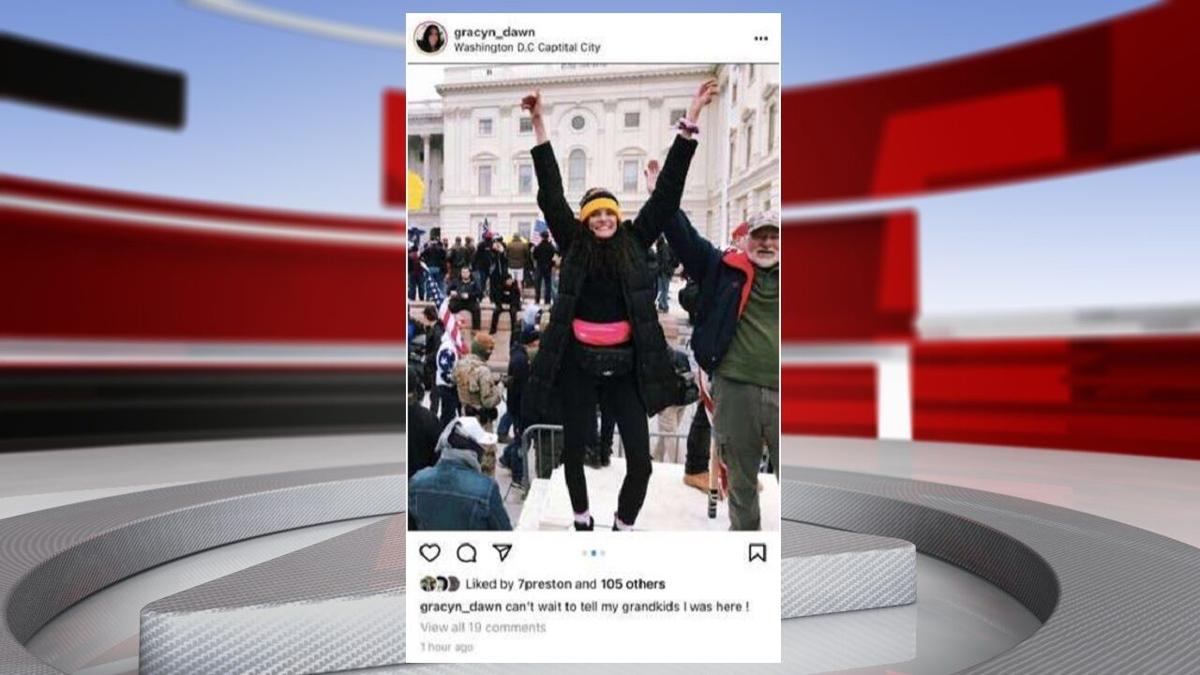 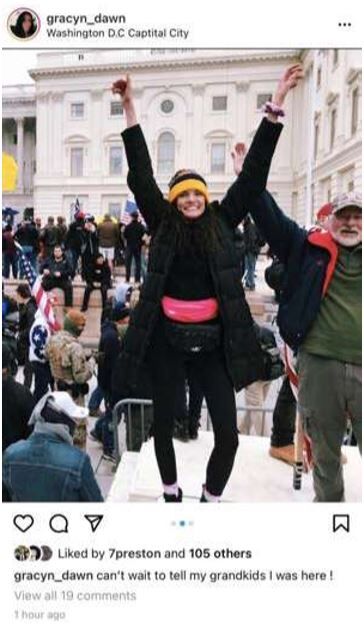 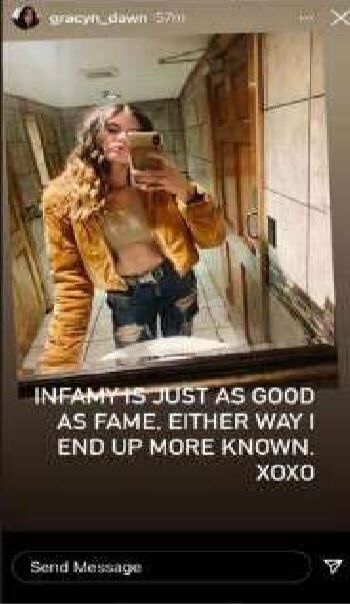 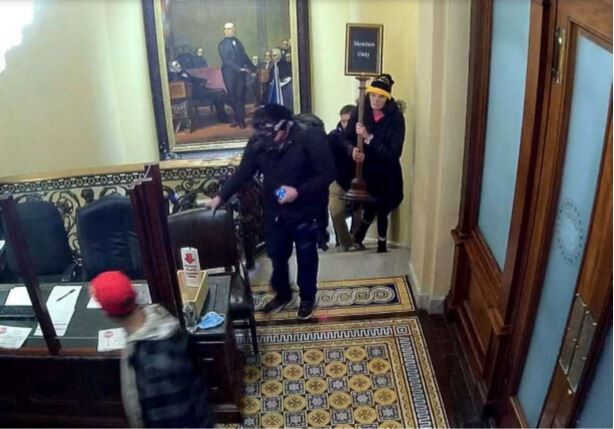 A criminal complaint and arrest warrant was filed Saturday in federal court for Gracyn Courtright, seen here on surveillance video waking up the steps near the Senate Chamber carrying a "Members Only" sign. (Screenshot included in criminal complaint documents) 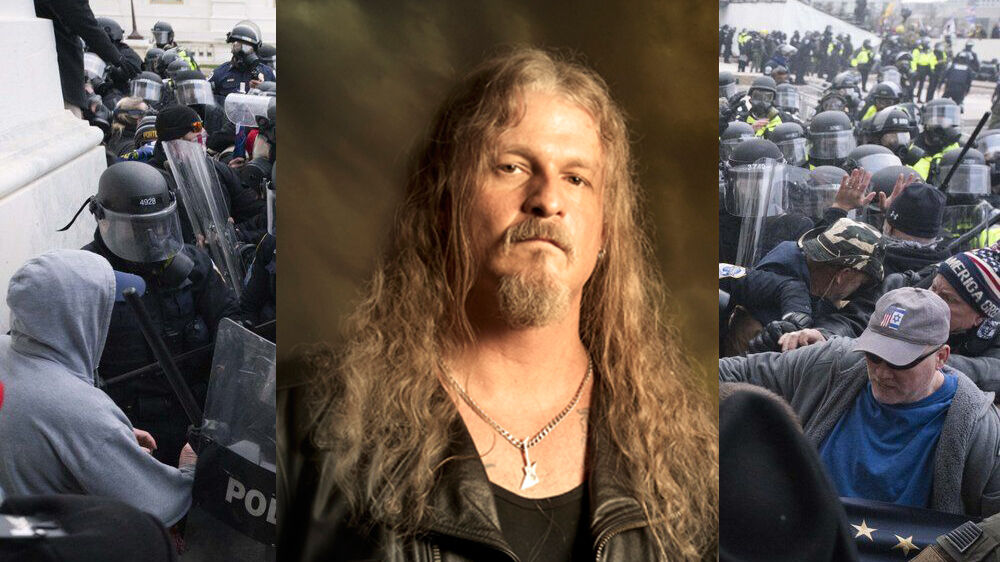 A criminal complaint and arrest warrant was filed Saturday in federal court for Gracyn Courtright, seen here on surveillance video waking up the steps near the Senate Chamber carrying a "Members Only" sign. (Screenshot included in criminal complaint documents)

LOUISVILLE, Ky. (WDRB) -- Several residents from Kentucky and Indiana are facing charges for taking part in the Jan. 6 riots at the U.S. Capitol.

FBI bureaus across the country -- including in Louisville -- are filtering through tips, pictures and social media pages to find anyone involved in the unrest that left five people dead, including a Capitol Police officer.

One of the most recent men to be charged is Michael Sparks from Elizabethtown, Ky. FBI documents contain screenshots from videos showing a man they believe to be Sparks breaking a window at the U.S. Capitol and climbing inside.

A tipster confirmed to the FBI that it was Sparks and shared screenshots from his Facebook page which he posted saying he would be in DC.

The FBI has also tracked down Gracyn Courtright for her involvement. She's a senior at the University of Kentucky from West Virginia.

The FBI says Courtright posted pictures on her now-deleted Instagram account showing her at the Capitol on January 6th. One screenshot in FBI records shows a picture from her account saying "infamy is just as good as fame. Either way, I end up more known."

As of Sunday she had not been arrested.

The University of Kentucky released the following statement: "If the university is made aware of a student taking actions in violation of local, state or federal laws, the student code of conduct applies in that context."

Jon Schaffer, a guitarist and songwriter in the heavy metal band Iced Earth, was arrested Sunday on federal charges. The FBI says Schaffer, who is from southern Indiana, was among the rioters who apparently sprayed Capitol police with "bear spray."

Investigators say they posted pictures of him for identification and fans were able to identify him. The band says it does not condone the actions at the Capitol.

The FBI office in Louisville continues to investigate several other people for their possible involvement in the riots.