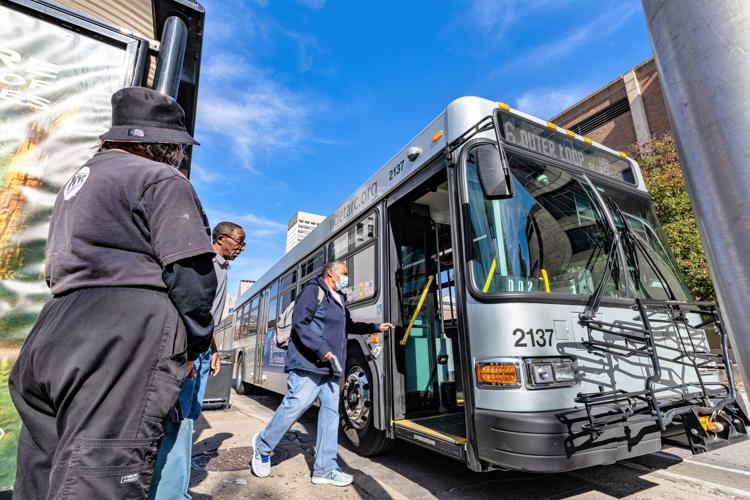 Passengers board a TARC bus on S. Sixth Street near Muhammad Ali Boulevard on Nov. 3, 2022. 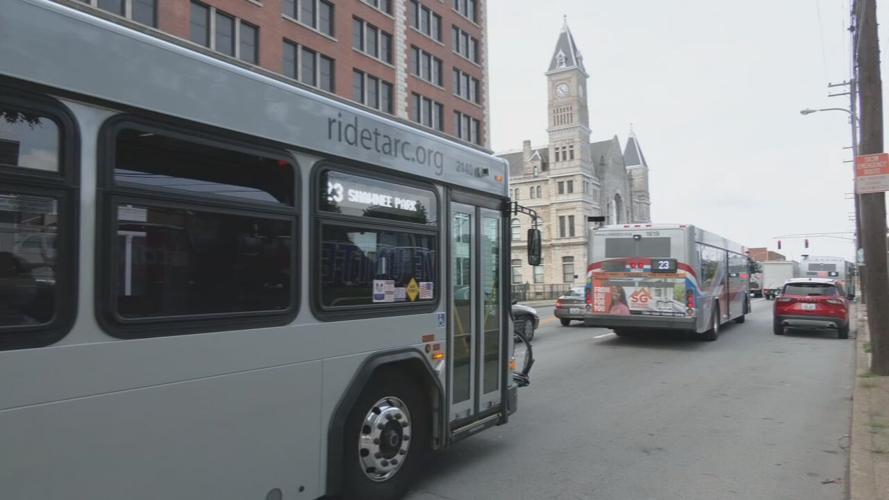 TARC's board of directors unanimously approves the union contract.

LOUISVILLE, Ky. (WDRB) -- After months of negotiations and threats of a strike, Transit Authority of River City (TARC) bus drivers and maintenance workers have voted to approve a new contract agreement.

According to Amalgamated Transit Union (ATU) Local 1447 President Lillian Brents, 78% of voting members voted "yes" on a tentative labor agreement that was reached on Nov. 17. The union represents more than 430 TARC bus drivers and maintenance workers.

The two-year deal includes a 6% wage increase during the first year, followed by a 4% increase the second year, effective Sept. 1, 2022. TARC said wage increases will "go into effect immediately" and "back pay will be issued as quickly as possible." The agency would also continue paying 95% of employees' health care premiums.

Additionally, the agreement includes increased CDL reimbursement and allowances for certain employees. Instructor pay will also increase from $1.45 to $3.00 per hour, in addition to hourly pay. It also adds a Juneteenth holiday for all employees.

"There is not one cent in this agreement that we didn't earn the hard way, and 1447 members should be proud, but that doesn't mean the debt owed to us is fully paid," Brents said in a statement.

In a statement Thursday morning, TARC Executive Director Carrie Butler said the Board of Directors had approved the agreement.

"I'm pleased that an agreement has been reached, and we're proud to offer our Union employees a wage and benefits package that recognizes their hard work, dedication, and professionalism," Butler said. "With a new contract in place, we have much to celebrate and accomplish as we look ahead to the new year."

Butler added that she was "grateful for everybody's hard work not just for the collective bargaining process, but also of everything they do every day."

"We know that I tell folks all the time, it is really extraordinary what coach operators or bus drivers do on any given day," she said.

The union and the agency have been at odds over wages, working conditions and other considerations.

"We got here because Local 1447 members mobilized again and again, in the sweltering heat and freezing cold, to push back against a pattern of abuse, disrespect, and greed by TARC leadership," Brents said.

The union president added that there are still "issues to address," and that the union would work towards "improving the working conditions, riding conditions, and safety standards of TARC going forward" with Mayor-elect Craig Greenberg and Metro Council.

"We still need to see key pieces of the contract implemented, including the FTA required safety committee, and explore options for increasing funding to expand public transit," Brents said.

In October, TARC employees "overwhelmingly" voted to authorize a strike if negotiations with the agency didn't improve. At the time of that vote, Brents said wages were so low that employees were working 60- to 70-hour weeks to pay their bills. On Sept. 9, 97% of workers voted to reject TARC's contract deal, calling the offer "insulting."

No ruling yet, but a warning from the court to Baffert's legal team