LOUISVILLE, Ky. (WDRB) -- The chief of sports medicine for UofL Health, is charged with helping to import illegal human growth hormone from China, according to documents filed Wednesday in U.S. District Court.

Lonnie Douglas, the documents allege, communicated online with Chinese manufacturers to order — and pay for — Hygetropin, a branded HGH that isn't approved by the U.S. Food and Drug Administration.

He is charged with conspiracy to introduce unapproved human growth hormone into interstate commerce.

"The object of the conspiracy was for the conspirators to sell or obtain for use hGH for antiaging, body building, and other unapproved purposes that had not been approved for use in the United States and with no order of a physician," the court documents say.

"The only uses of FDA-approved hGH drugs that had been authorized by the Secretary of HHS were limited to specific diseases in children and adults, and did not include general antiaging and body-building concerns or activities."

Douglas continued to communicate with the Chinese manufacturers and place orders for the HGH from January 2016 until at least March 2019, the court documents allege, even doing so under a false name. In January 2019, a shipment of HGH came in falsely labeled as a hair loss product.

Douglas, who is also an assistant processor in U of L's department of orthopedics, graduated from the school of medicine in 2010.

U of L said he wasn't affiliated with the athletic department. That is done through Norton Healthcare. 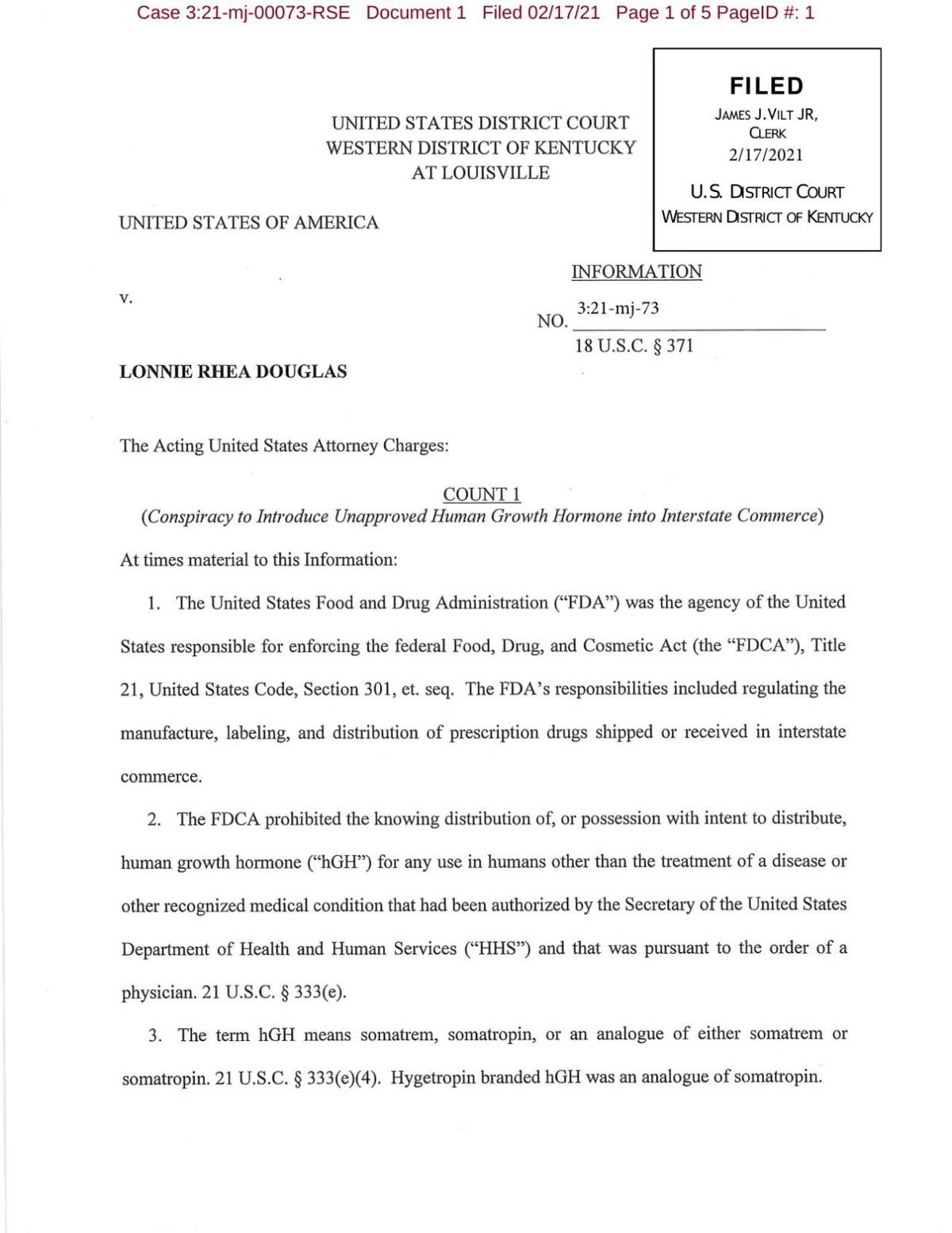