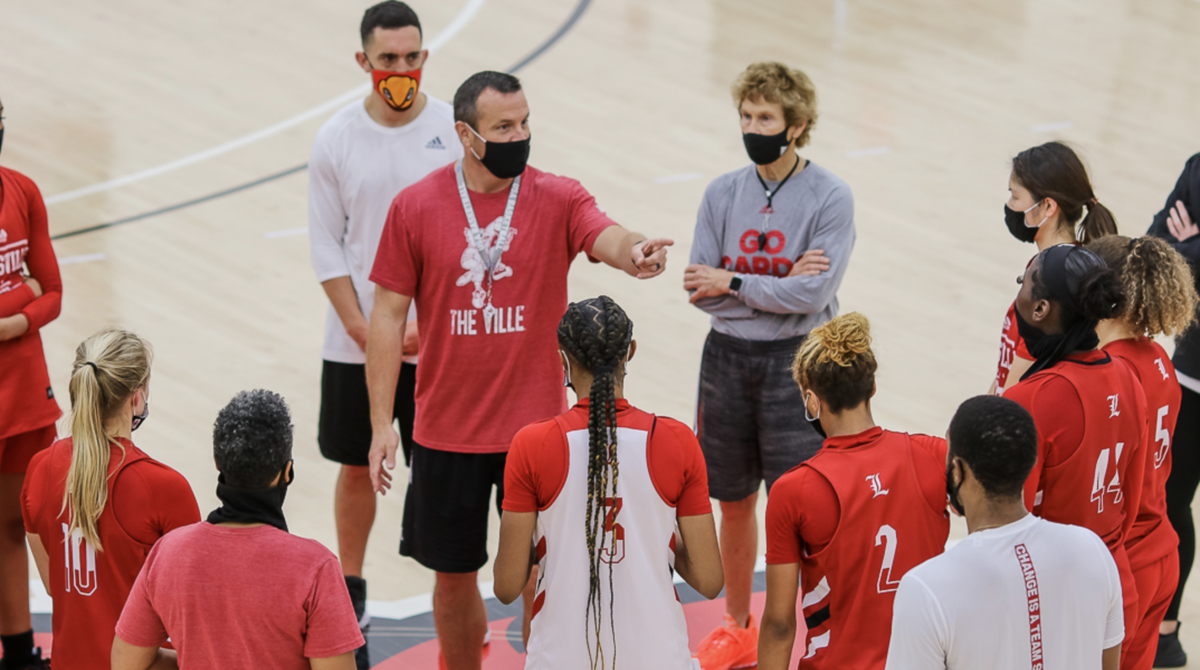 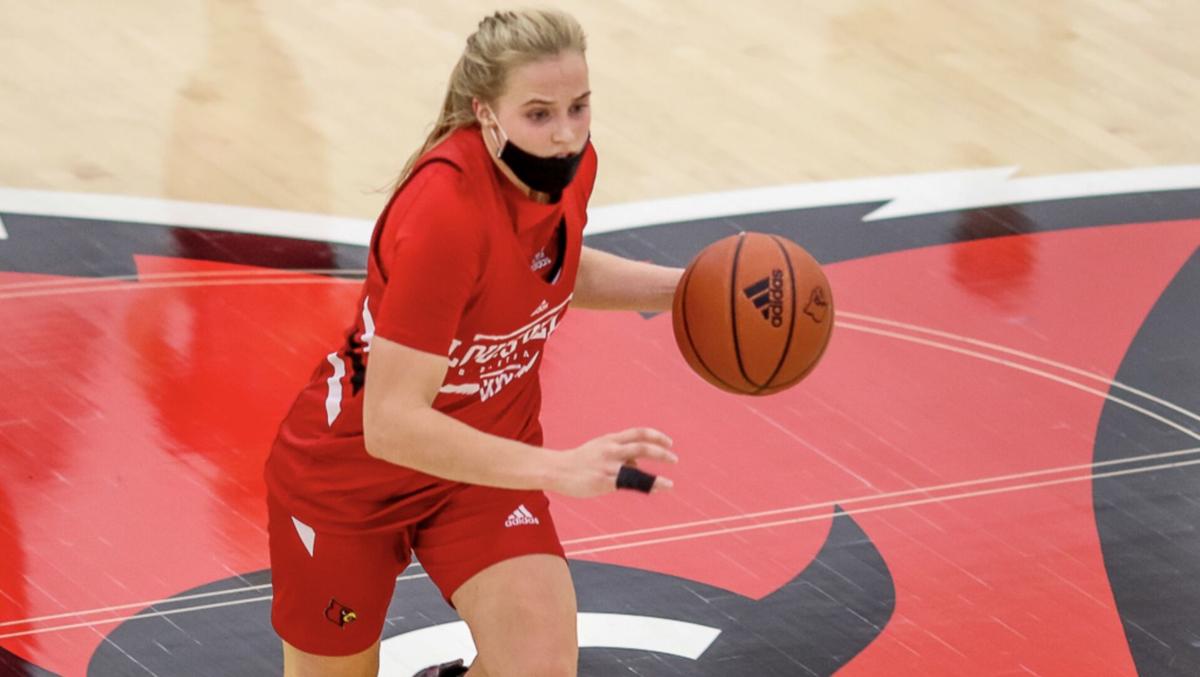 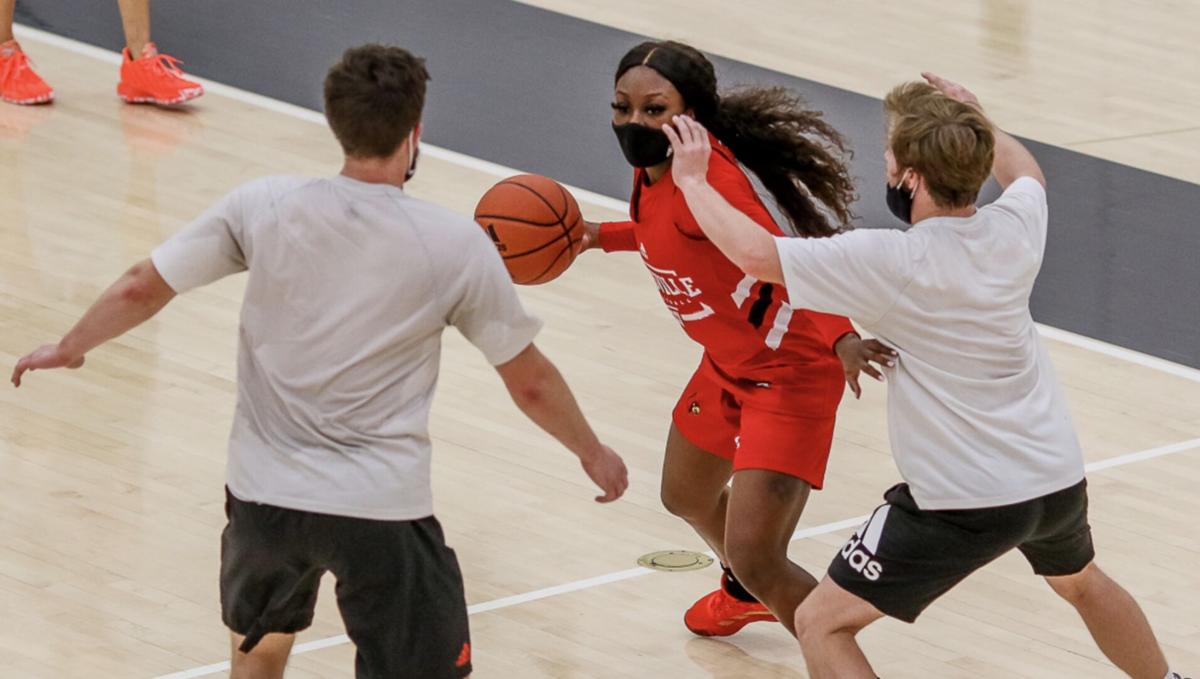 Dana Evans was named a first-team AP all-American and the ACC preseason player of the year this week. WDRB Photo/Eric Crawford

Dana Evans was named a first-team AP all-American and the ACC preseason player of the year this week. WDRB Photo/Eric Crawford

Louisville women's coach Jeff Walz promised his players the weekend off if they delivered a spirited effort in their fourth preseason scrimmage against the Cards' male scout team. They delivered.

This Louisville team, Walz's 14th, will begin its season Nov. 25 at Middle Tennessee State, ranked fifth in the nation. They are also the pick to win the Atlantic Coast Conference.

Even with three missing starters, Walz said this group is the most advanced offensive team he has coached -- and he has coached three teams to the NCAA Final Four.

They are smaller. But they are swifter. They'll need work on protecting the backboard. But their opponents will need work on filling the gaps the Cardinals create with their crisp passing. Walz was not happy with the way his players handled full-court pressure. But he understands he has the depth and talent to turn up the heat with his defense.

They can depend on guard Dana Evans, one of the five best players in the country and the best player in the Atlantic Coast Conference.

Walz expects another solid season from Elizabeth Balogun, a confident 6-foot-1 guard who can contribute in every column in the box score.

"She has really expanded her game to where she is not only going to be a three-point shooter," Walz said. "I've really been impressed with her maturity."

On Friday morning, the other three starting spots were filled by newcomers -- freshmen Hailey Van Lith and Olivia Cochran as well as Kianna Smith, a transfer from the University of California.

In the growing world of position-less basketball, Walz figures to start one forward (Cochran, who is 6-3) and four guards.

"We're smaller with not as much size coming off the bench," Walz said. "The good thing for us is we are bigger at the guard spot. So we are going to have to rebound the ball better.

"We'll press more man-to-man and full-court man and pick up some zone press and just try to mix things up."

The Cardinals have put five players in the WNBA Draft the last two seasons, including Jazmine Jones and Kylee Shook from the 2020 squad that finished 28-4.

Walz's last three teams have won at least 87.5 percent of their games each season and 89.7 percent (96-11) overall. The three newcomers must be major contributors to maintain that level of success.

Cochran, a McDonald's all-American, is the daughter of two professional athletes. Her mother, Tara Williams, starred at Auburn before playing in the WNBA. Her father, Antonio Cochran, excelled on the defensive line at Georgia before playing six seasons in the NFL.

Her footwork, hands and ability to finish are advanced for a freshman. Cochran must adjust to the pace and physicality of the college game.

Van Lith played like she had been in Walz's system for three years. She's an excellent passer, solid ball-handler and dependable shooter, as you'd expect from another McDonald's all-American. Evans will lead this team in scoring but Van Lith looked capable of contributing double figures most nights.

Smith also made the McDonald's all-American team -- in 2017. After two seasons at California, she sat out last year at Louisville. Her father, John, is the men's head coach at Division I Cal Poly and played for Jerry Tarkanian at UNLV. She knows how to play basketball the way Walz intends to play.

Smith plays fast. She can attack defenders, create creases in the defense and score at the rim.

"It's a good group," Walz said "We have guard depth. We can shoot the basketball. We can score the ball."