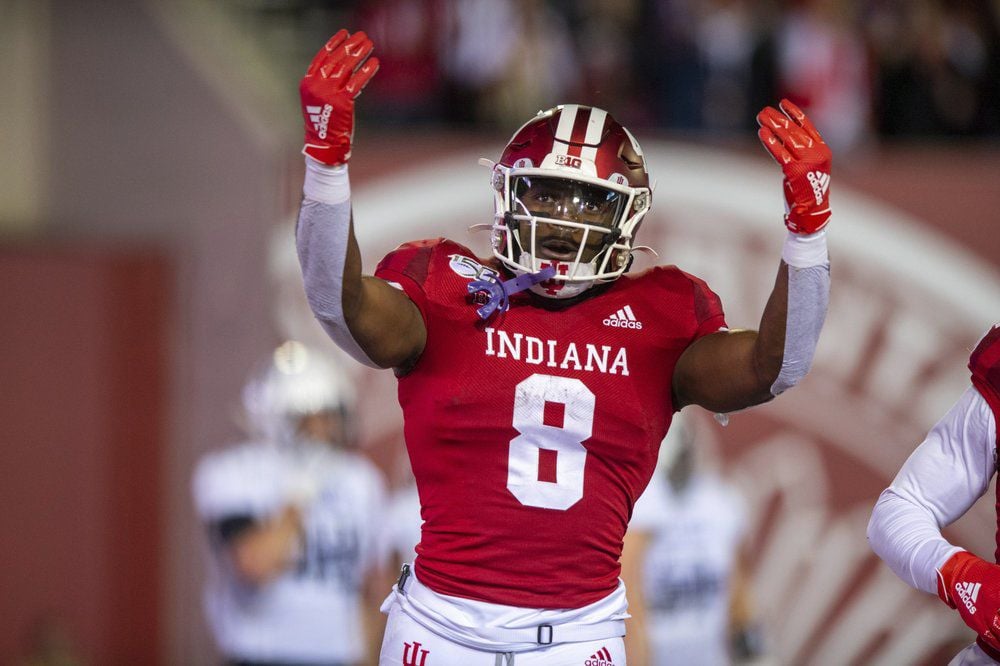 Indiana running back Stevie Scott III (8) reacts in the end zone after scoring a touchdown during the first half of an NCAA college football game against Northwestern, Saturday, Nov. 2, 2019, in Bloomington, Ind. (AP Photo/Doug McSchooler) 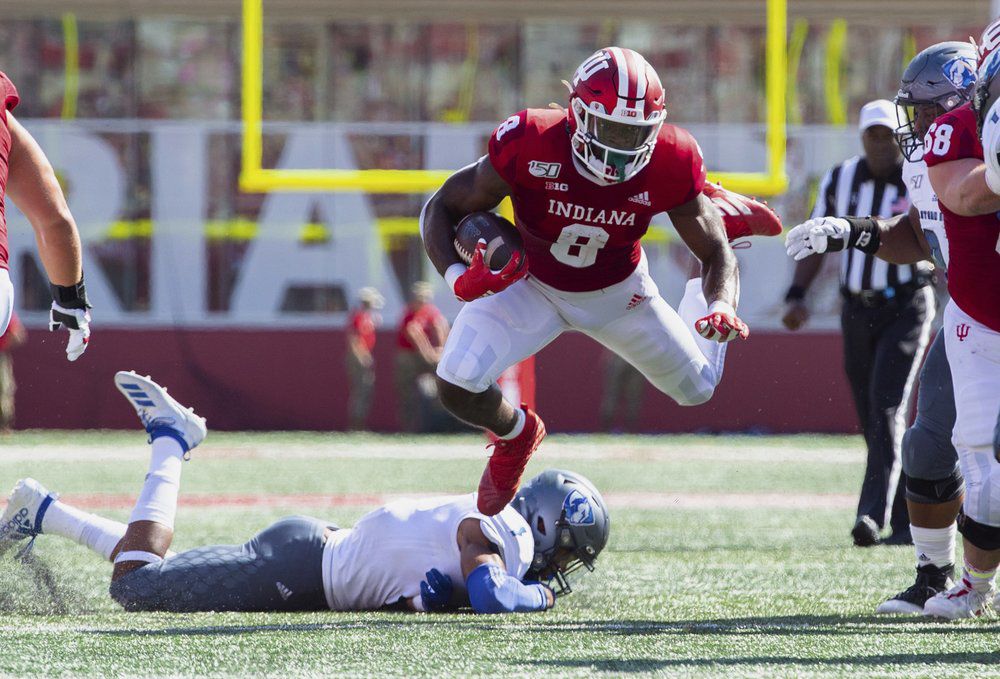 Indiana running back Stevie Scott III (8) reacts in the end zone after scoring a touchdown during the first half of an NCAA college football game against Northwestern, Saturday, Nov. 2, 2019, in Bloomington, Ind. (AP Photo/Doug McSchooler)

LOUISVILLE, Ky. (WDRB) -- You can blather endlessly about RPOs, stretching the field and the other code words that confirm your status as a football genius.

As Exhibit A, I offer the Indiana University football team.

In 2019, the Hoosiers had a wonderful season. They won eight games. They lost five.

When they ran the football with sizzle, they won. When there was nowhere to run, they lost.

I looked it up. In Indiana’s eight wins, the Hoosiers averaged nearly 165 yards rushing and 5.3 yards per attempt.

In their five defeats, the Hoosiers averaged 75.2 yards and 2.4 yards per carry.

Hart and Scott answered questions on a teleconference Tuesday. For Indiana, one question is perennial:

What do the Hoosiers have to do to run the football successfully so they can finally deliver breakthrough victories over Penn State, Michigan, Ohio State and Michigan State?

Starting with (fingers crossed the season begins as scheduled), a trip to Madison to play Wisconsin on Sept. 4. The Badgers finished second in the Big Ten, and sixth in the nation, in rushing defense last season.

“When it comes to football, I feel like you can’t really win the game without running the ball,” Scott said. “Even if you’re a passing team, you still have to have a running game going on, just to keep the game balanced. If a team knows you’re going to pass the whole game, that’s kind of easy to work with.

“But if you’re the kind of team that they don’t know what’s going on, that you can run or pass, then that makes the game a lot harder. So really going into those big games, keeping the chains moving and not having any turnovers.”

“To win any game, especially in the Big Ten, you have to be able to run the ball,” Hart said. “With the pass rushers we have (in the league), you can’t drop back and throw the ball 50 times and expect to win those games.

“No. 1 your quarterback is going to get banged up, and your O-line can only protect for so many plays. You have to be realistic in asking them what they can do.

“The run game kind of wears the defense down and helps you control the clock. I know a lot of people aren’t into the controlling the clock theory any more.

Indiana has not finished in the top half of the Big Ten in rushing since 2015, when the Hoosiers had two 1,000-yard backs: Jordan Howard and Devine Redding.

Scott ran for 1,137 yards as a freshman but slipped to 845 last season, missing the final two games with injuries. In his freshman season James played to his credentials as a four-star recruit against Purdue, gaining 118 yards in 22 carries.

But Tennessee stuffed James in the Tax Slayer Gator Bowl. Sampson gained 25 yards on 11 carries. Indiana rushed for 76 yards, its third lowest total of the season.

Won’t work. IU came from ahead and lost to the Vols.

Hart knows that. He ran for more than 5,000 yards at Michigan, never losing to Indiana as a player. Allen promoted him to associate head coach after the season, entrusting him and Sheridan the responsibility of replacing Kalen DeBoer, who upgraded from IU offensive coordinator to head coach at Fresno State.

“You have to be able to run the ball to stay ahead of the sticks,” Hart said. “When teams can tee off, especially when you have the Chase Youngs (former Ohio State defensive lineman), those guys are top five (NFL Draft) picks for a reason ...

“In the run game, there’s a lesser chance of creating negative plays so you get to stay ahead of the sticks.

“We’ve been close, but we haven’t gotten over that edge yet as far as beating those big ones. But we’re young, and I think these guys are starting to believe they can do it. I think once that one (victory) happens ... it’s going to be great, because guys are going to truly believe that they can do it.

“But we feel like we can run the ball on anybody. I know that is our guy’s mindset and we just have to do it on the field.”

“We know we can compete with any team,” he said.