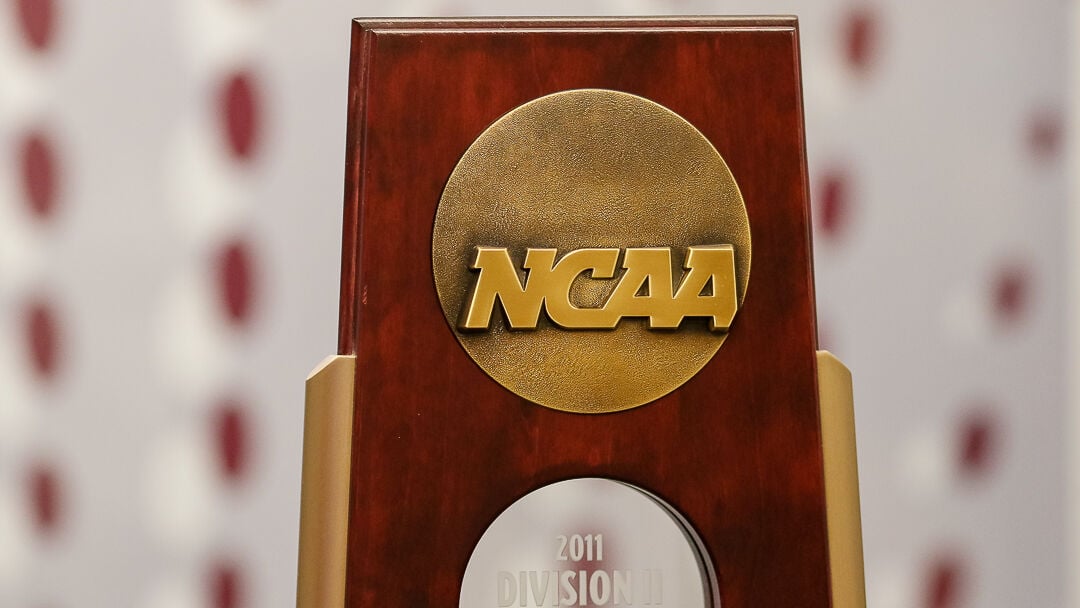 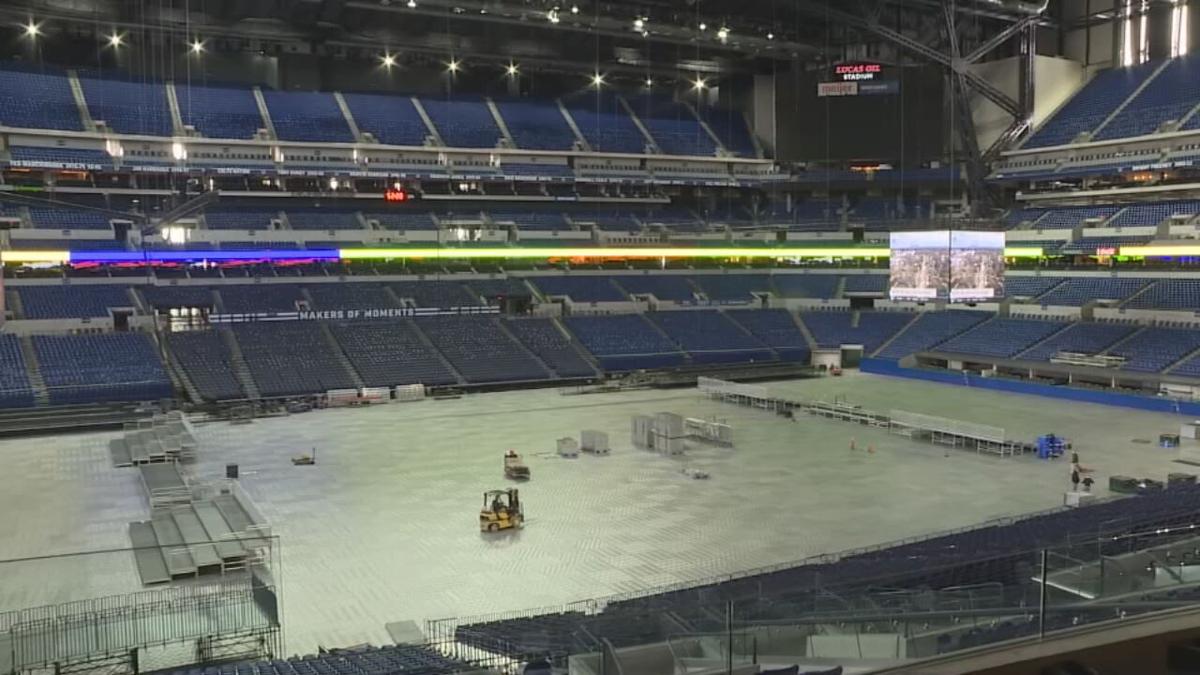 LOUISVILLE, Ky. (WDRB) — Most years, the pre-draw questions tossed at the NCAA Tournament Selection Committee would be strictly basketball questions.

How many teams will the Big Ten get in the party?

What credential is likely to separate the last team in from the first team out of the field of 68?

Is this the year more mid-majors will finally earn respect?

This isn’t most years — and, yes, the reason is the novel coronavirus, which forced the cancellation of the 2020 tournament.

This is the year the NCAA will play the entire tournament in the Indianapolis area, beginning with two games at Indiana University and two more at Purdue on March 18. The field will be announced at 6 p.m. Sunday. The trophy will be awarded after the title game, scheduled to tip at 9:18 p.m. on April 5.

Before we fuss about too many at-large teams from the Big Ten or Big 12, there were more-pressing questions for NCAA senior vice president Dan Gavitt and committee chair Mitch Barnhart, the University of Kentucky's athletic director.

How many COVID-negative players must a team have to avoid a forfeit?

Who will coach teams if an entire coaching staff is hit by the virus?

Selecting teams is an impossible assignment in normal years. How will the committee select and seed the field in a year when some teams have played 28 games and others have yet to play 20?

"It's been 106 days since we started the season back in November, on November 25," said Barnhart, who is completing his fifth year on the committee.

"Since then, more than 4,000 games have been played, which is well more than 80% of what was scheduled. If you look at the top 100 teams in the NET (computer rankings), only six of them played fewer than 20 games, at least two of them are scheduled to play their 20th game this week.

"Under those circumstances, considering we started the season 15 days later (than normal), I'd say that must be considered success. It's all due to the commitment of players and coaches and staffs from across the country."

Here are some edited highlights from the Q&A with Gavitt and Barnhart.

Question: There will be a disparity in games played. Several teams have endured pauses in their schedules. A few have gone through multiple pauses. How will that affect seeding?

Barnhart: "Obviously, there have been many teams that have had to pause their schedules. The committee's foundational principles as we begin to evaluate teams in the selection process is always who did you play, where did you play them, and what was the result. That will continue to be the foundational pieces of what we do.

Question: Let’s assume a worst-case scenario and a team is hit by COVID while in Indianapolis. How many players and coaches will they need to continue competing?

Gavitt: "My sense is that we're focused on the playing rule, the playing rule being five eligible and healthy players to start a game. So I don't know that the committee would weigh in on availability of coaching staff."

Question: Players will be wearing contact tracing monitors. Is the committee concerned with the spacing of teams during timeout huddles throughout the course of a game?

Gavitt: "Timeouts are a challenge. Coaches are going to have to be creative as they have been throughout the regular season to keep spacing, to not have players stand next to each other during every timeout and huddle.

"The reality is it is what it is in terms of the close contact. So whether we use Kinexon or not, we'll have video that will show close contact just as much as Kinexon will potentially. I think Kinexon will help us in many ways to definitively determine really in most cases that there's not close contact among players."

Question: Who will be the arbiter of inconclusive COVID tests?

Gavitt: "We have a false positive protocol in place that has been approved by the Marion County Health Department. If there's a positive test, it will be presumed to be positive, the individual will be isolated. But there will be a follow-up test, a PCR, that will be administered. If that second test comes back as positive, then it is positive definitively. If it comes back as negative, there will be a third PCR test given in which time if that third test overall, the second is a negative, then it would be presumed to be a false positive and would not impact that individual.

"But in the meantime if there is a positive, it's presumed positive. They would have to isolate until such time as it could be determined if it was, indeed, false."

Question: The Big Ten has four teams ranked in the AP top 10 and five in the top 20? How difficult will it be to seed that group?

"Great question. The Big Ten has had an outstanding year, a lot of quality teams in there.

"Much like we said earlier, it will be a body of work. We'll look at that. Clearly we have a lot of different tools. Again, I'll go back to the things we have to look at, whether it's head-to-heads, obviously that is to your point, a lot of really high-quality basketball games. You have common opponents. Again, in the Big Ten, they played a lot of common opponents.

"We've had a chance to watch them closely. There's a lot of metrics, how they play into all of that. Their team sheets. We'll look at all of that.

"Again, we've been on the phone with the conference office extensively. We will continue to watch the tournament, which is being played here in Indianapolis as we speak. So we'll have an opportunity, we'll see it firsthand from the TV like everyone else in the committee room, watch it closely.

"Everyone will take their résumés and put them on the computer, on the screens in front of us, and evaluate, then try to find a way to be fair and equitable in the selection, seeding and bracketing process."

Question: With the tournament being in one central location and off-week travel being eliminated, how much easier will it be to seed the field? Are there any hidden factors we may not be aware of, like fan support or team location?

Barnhart: "Well, we have some fan limitations in the venues that we have up here from the beginning. That is no different than every other venue in the country has had during the regular season.

"In terms of dealing with fans, that is a different component. Once we get all teams here, the lack of travel is a benefit, clearly a benefit to the teams. With that comes challenges as it relates to the testing and the protocols that are in place, staying with the controlled environment, making sure they're socially distant, wearing masks, making sure they're paying attention to the protocols that allow us to move game to game, round to round, week to week, so to speak.

"To be able to have all the staff and committee, all hands on deck so to speak, in one geographic area is very helpful. That will be very helpful. With that comes extreme challenges in terms of scheduling and making sure that everyone can get where they need to go within this environment. Practices, court time, making sure we have the opportunity to sanitize all the facilities in between games, there's those challenges that come into play.

"Clearly getting everyone here in this environment of the pandemic is probably the only way this could have been pulled off and probably the best chance for us to crown a champion on April 5."

Question for Barnhart: How eager are you for Kentucky to add a little extra work for the committee if they can make a run to the SEC Tournament title?

Barnhart: "I appreciate the question. Let me be really clear. When we walk in the room, you take your Kentucky hat off and you put the chair hat on. That is an honor I treasure greatly. It's been a great opportunity to be a part of this committee for five years and work with some incredible professionals.

"Albeit I'm still the athletic director at Kentucky. I want our team to do well, but when I walk in this room, it is about making sure we're putting on the greatest tournament in the world, giving the student-athletes that prepare the opportunity to compete at the highest level on the grandest of stages.

"I hope our team fares well. Looking forward obviously to watching them play. Certainly my hopes are with our student-athletes and our coaches that we can make a run in Nashville. But as the committee chair, my total focus is on the tournament, making sure we can get to April 5 and crown a champion."