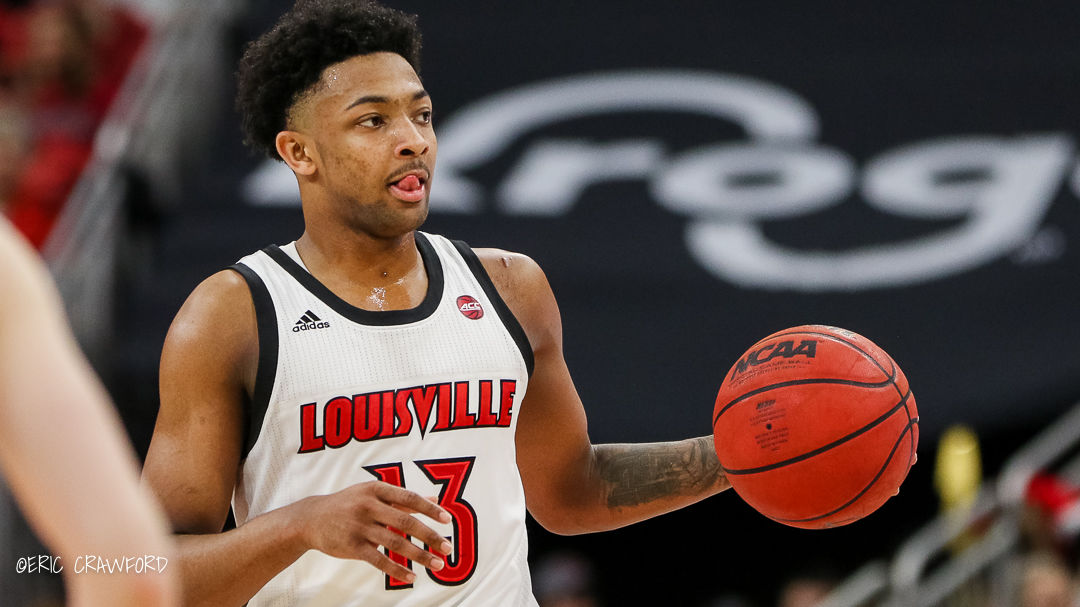 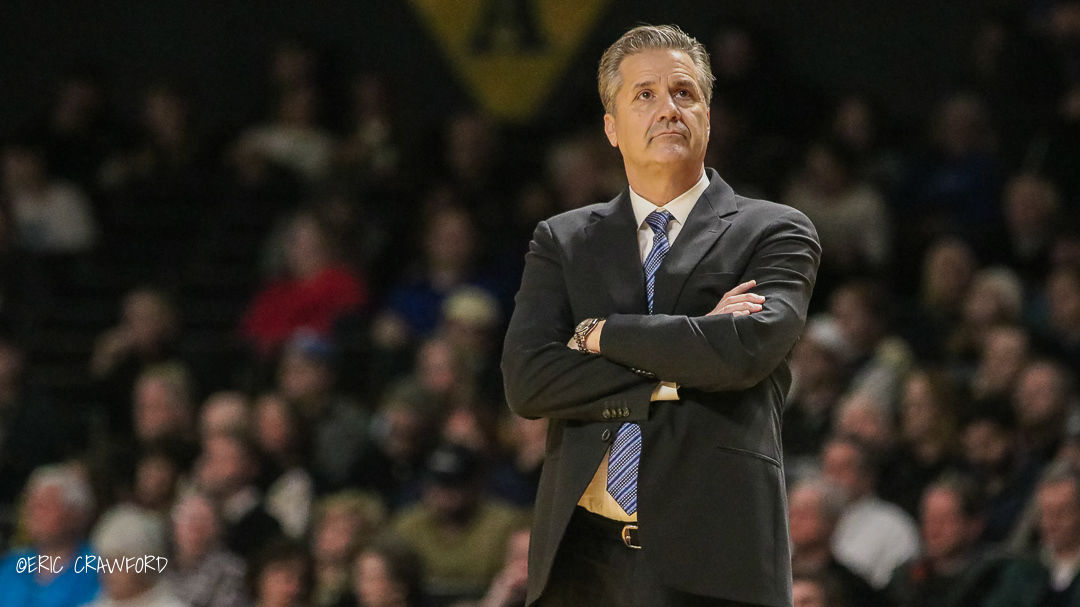 Kentucky's John Calipari will likely see his team slip in the AP Top 25 after a loss to Tennessee and a close call against Florida. WDRB Photo/Eric Crawford 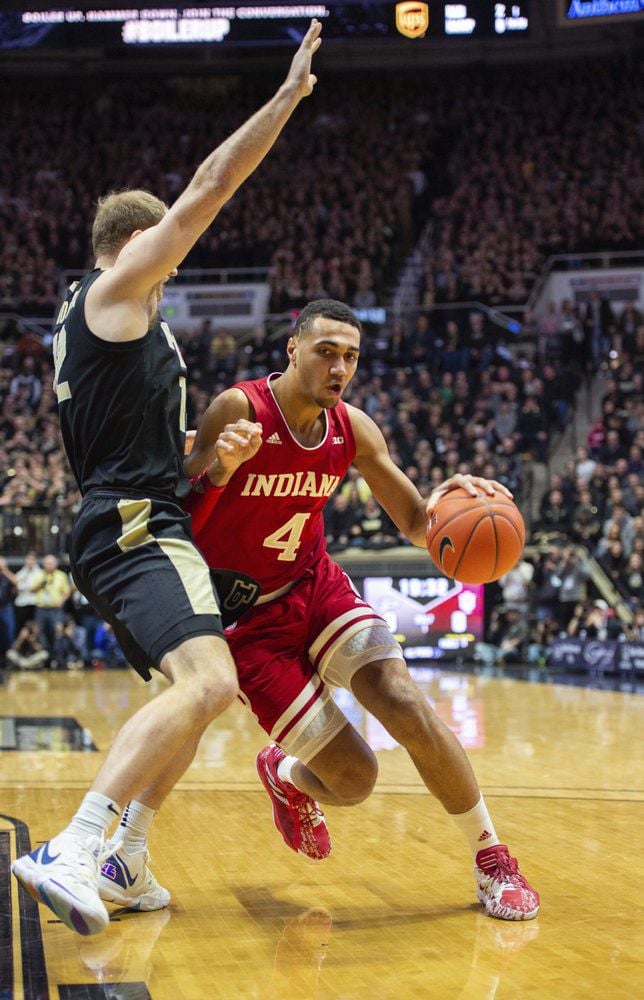 Kentucky's John Calipari will likely see his team slip in the AP Top 25 after a loss to Tennessee and a close call against Florida. WDRB Photo/Eric Crawford

LOUISVILLE, Ky. (WDRB) — Only 61 days until the first college football games will (hopefully) be played. In the sports writing world, that means one thing:

Stories and predictions for college basketball magazines are due in less than two weeks.

I began research last weekend. Louisville players have been in town (except for Malik Williams, according to Samuell Williamson) for several weeks.

The players on John Calipari’s 12th Kentucky team are due to begin quarantine in Lexington Monday. Archie Miller’s fourth Indiana squad will gather in Bloomington this week.

That makes this a perfect day for a college basketball notebook:

*Way, way too early predictions for champions in the Atlantic Coast, Southeastern and Big Ten conferences:

Big Ten: Wisconsin by a nose over Iowa, with Michigan State also in the photo.

But, questions still outnumber answers. Not every NBA early entry decision has been finalized. Because of the novel coronavirus, the NCAA changed the deadline until 10 days after the NBA scouting combine or Aug. 3, whichever is earliest.

Not every NCAA transfer wavier request has been resolved.

It seems like mid-August because we’ve been without basketball for 109 days, but rosters remain in flux.

Louisville, Florida State and Georgia Tech appear to be reasonable picks behind the ACC Big Three. Bart Torvik’s analytics formula has the Cards fifth in the league and No. 23 overall.

It’s interesting to note that Torvik and I disagree on which two players are likely to be Louisville’s two leading scorers next season.

Virginia, with the addition of Marquette transfer Sam Hauser, should return to beast mode.

Torvik actually likes Florida (No. 9) and Tennessee (No. 17) ahead of UK (No. 25) in the SEC, but Florida wobbled down the stretch last season. The Gators lost Kerry Blackshear (expected) and Andrew Nembhard (unexpected).

But (and it’s a major but), Torvik does not include Wake Forest transfer Olivier Sarr on the Wildcats’ roster. Optimism is solid in Lexington that Sarr, a 7-foot senior who nearly averaged a double-double in the ACC last season, will be cleared to play without sitting out one season.

Torvik appears to agree, forecasting that Boston will average 15.5 points per game with Clarke adding 10.9.

The Big Ten awaits word on leading THE early entry decision in the country. If Luka Garza returns to Iowa, the Hawkeyes have a solid shot to overtake the Badgers, especially if Jordan Bohannon returns healthy from hip surgery.

Torvik projects Indiana fifth in the league and 22nd nationally, even with the (somewhat) unexpected loss of Justin Smith to Arkansas.

I can envision the Hoosiers finishing as high as third — or as low as ninth.

*The Big Ten released selections for its all-Decade team last week. During a time without games, any and all lists are appreciated because there is nothing easier to criticize and debate than a list.

Several thoughts on the Big Ten list, which went with Frank Kaminsky of Wisconsin; Evan Turner of Ohio State; Trey Burke of Michigan and Michigan State’s Denzel Valentine and Draymond Green on its first team.

Not exactly a postcard from the McDonald’s all-American game.

Kaminsky, for the record, was also named the Big Ten’s player of the decade.

His numbers were excellent. He was taken fourth in the 2013 NBA Draft, and he transformed IU from a program that won 28 games in the three seasons before he arrived from Washington (Ind.) High School to a team that made a pair of Sweet Sixteens.

Sam Dekker of Wisconsin also seemed like a reasonable choice. Hasn’t been much in the NBA but in college, Dekker helped drive the Badgers to back-to-back Final Fours as well as the 2015 Big Ten title.

*The most interesting story of the weekend was the report from the West Coast that Under Armour is working to terminate the $280 million, 15-year apparel and marketing contract it signed with UCLA in 2016.

There is chatter that Under Armour is looking to renegotiate other contracts — and it has deals with California, Auburn, Cincinnati, Notre Dame, Northwestern, South Carolina, Texas Tech and its flagship school, Maryland.

Some suggested this is the result of a company struggling to compete with market kingpin Nike as well as runner-up Adidas. They note that Under Armour also pulled out of a deal with Major League Baseball two years ago.

Others wonder if this signals a long overdue market correction, the start of a chilling change of course in the flow of money that athletic departments will rely on to continue functioning with attendance likely to decline because of the novel corona virus.