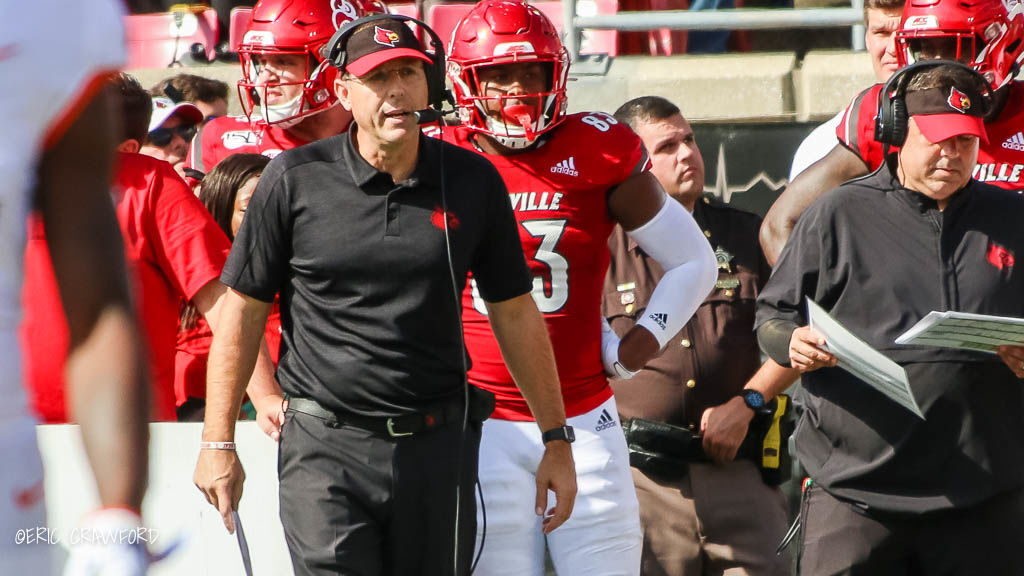 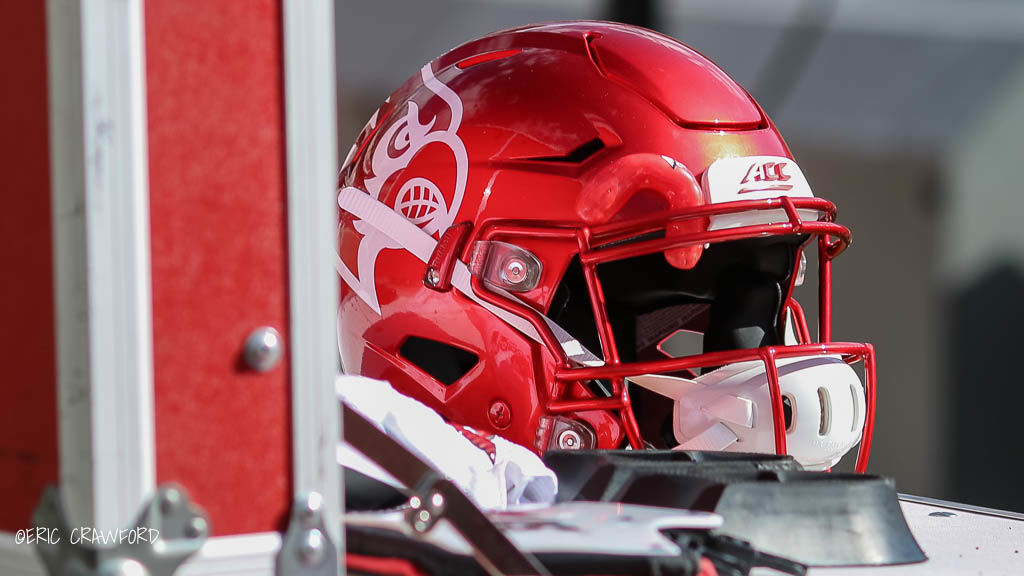 LOUISVILLE, Ky. (WDRB) — The wise guys expected 3 1/2 victories from the University of Louisville football team prior to the season.

Double that number has become the floor for Scott Satterfield’s team over the final month of the regular season.

The Cardinals (5-3 overall, 3-2 Atlantic Coast Conference) return to league play next Saturday at Miami. The Hurricanes defeated Florida State, 27-10, Saturday in Tallahassee, Florida. The Cardinals are likely to be about a 6-point underdog at Hard Rock Stadium.

Then, things should get juicy for Satterfield’s team — with a trip to North Carolina State and a home finale against Syracuse (before the Cards visit Kentucky on Nov. 30).

NC State is in the discussion for worst 4-4 Power Five team. The Wolfpack were blitzed, 44-10, at Wake Forest on Saturday, two weeks after they were blitzed by Boston College, 45-24. They trailed 24-0 against the Demon Deacons and were outgained by 153 yards

Louisville defeated Wake Forest and Boston College. NC State has not beaten a team with a winning record, and its only ACC victory came against … Syracuse.

That’s the perfect entry to discuss the Orange, who are the poster children for why the preseason college football polls are absurd.

For the record, Syracuse was ranked ahead of Minnesota, Appalachian State, Wake Forest and many others.

The Orange (3-6) lost their fourth consecutive game Saturday, giving up 58 points (while scoring only 27) against Boston College in the Carrier Dome.

So much for Dino Babers being on the list of coaches on the fast track to a better job. (Didn’t a few people mention Babers as a candidate to replace the former coach at the University of Louisville?)

Syracuse is the only team that has not won an ACC game. The Orange are 0-5. They rank 11th in the ACC in total offense and 11th in total defense. Their best win came against Liberty in the season opener.

Syracuse will not defeat Louisville by 31 points this season. In Syracuse, New York, all the talk has shifted to the season-opening game that Jim Boeheim and the underrated Orange basketball team will host against defending national champion Virginia at 9 p.m. Wednesday.

So, to recap, Louisville will finish against Miami (5-4), NC State (4-4), Syracuse (3-6) and Kentucky (4-4). The Hurricanes are the only team in the group that will have a winning record after Saturday — and the Hurricanes lost to Georgia Tech two weeks ago.

At 5-3, the Cardinals are headed to a seven-win season.