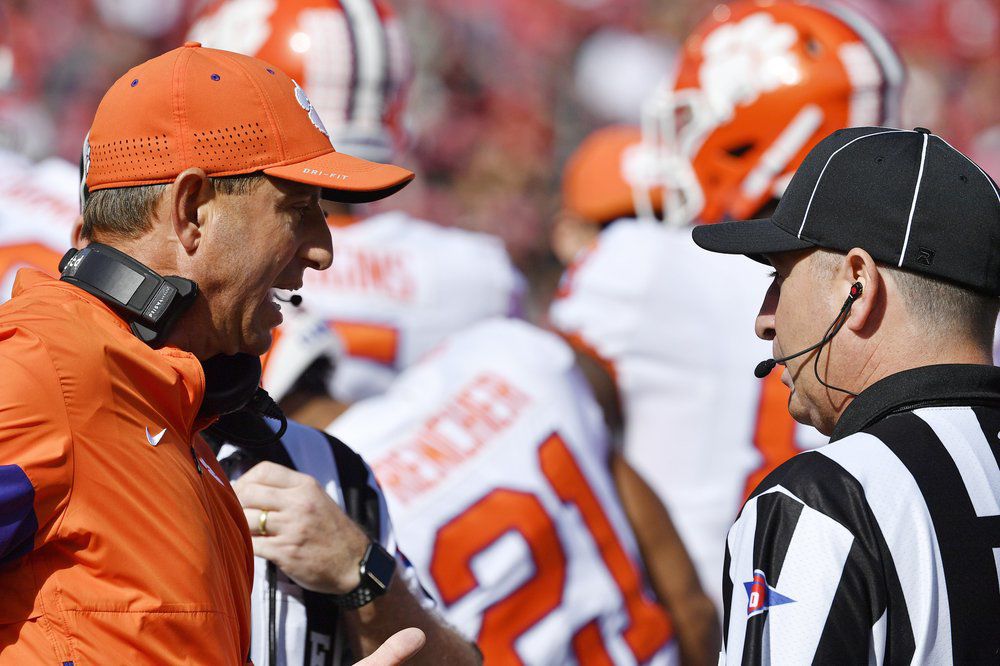 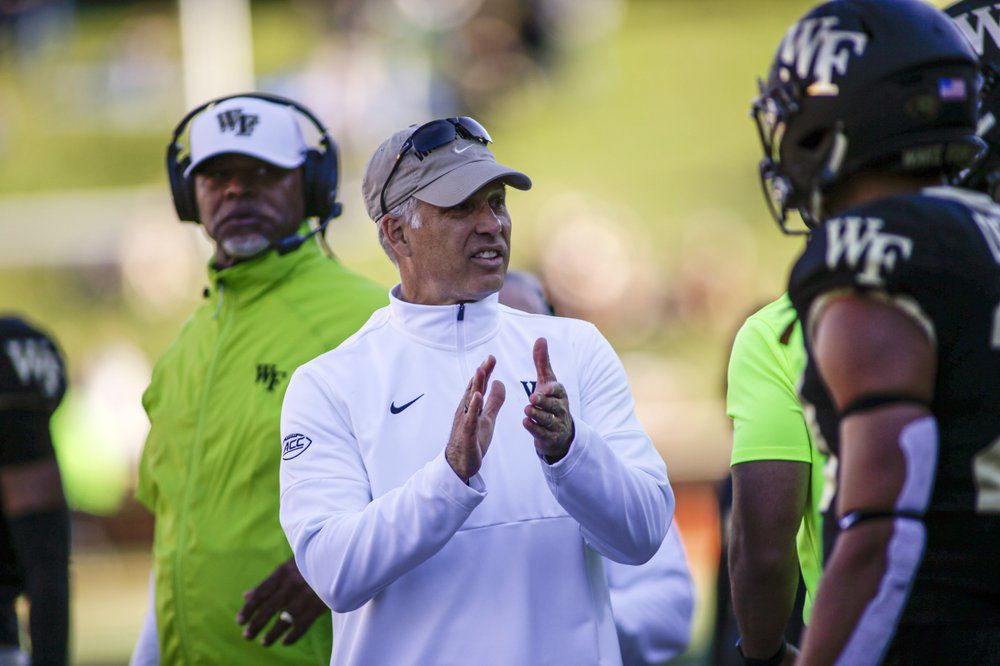 Miami, for reasons I have been unable to determine.

We’ve reached the end of the first month of the season. The ACC still has three Top 25 teams. You need FBI assistance to find them because the best teams in the ACC are ranked behind the following:

*7 teams from the Southeastern Conference.

*1 team from the American Athletic Conference.

*1 team from the Mountain West.

Introducing North Carolina State (No. 23); Wake Forest (No. 24) and Clemson, which was gifted the No. 25 ranking this week because of what the Tigers achieved from 2015-20.

Seems like a perfect time to re-rank the teams in the ACC as the tyranny of Clemson dominance is in position to be scrubbed for a season. From my seat, the power in the ACC remains tilted heavily toward the Atlantic Division.

DNA: The Seminoles are last in the ACC in scoring defense, turnover margin and third-down conversions. They have turned Florida State into a basketball school.

Best Win: A road win against Ohio University by a whisker over a home win against Liberty and Hugh Freeze.

Worst Loss: A 10-point stumble in a Big East classic against Rutgers.

DNA: Dino Babers has (temporarily) edged off Hot Seat status by playing a Jim Boeheim Schedule, ranked 107th in difficulty by Jeff Sagarin. The Orange must prove they don’t deserve the cellar by handling Florida State in Tallahassee Saturday. They have the league’s top rusher in freshman Sean Tucker.

DNA: For all the talk about Florida State fans being done with Mike Norvell, Manny Diaz might be in bigger trouble in Miami. His last two teams finished their seasons on losing streaks, and ESPN analyst Kirk Herbstreit has questioned the administration’s commitment to football. Sources say Hard Rock Stadium was nearly one-third empty for the Hurricanes’ last home game.

Best Win: Beating down Illinois by 28 points, although the Illini have lost 4 straight.

Worst Loss: When the Cavaliers lose, they lose big, by 20 points to North Carolina and Wake Forest.

DNA: The Cavaliers and quarterback Brennan Armstrong are averaging 545 yards per game. Just don’t ask where Virginia ranks in total defense. (Last in the ACC, allowing 6.3 yards per play.)

Best Win: By 20 over Virginia.

Worst Loss: By 23 to Georgia Tech.

DNA: I believe more people understand why Texas was ready to move on from Mack Brown.

DNA: The Yellow Jackets are a handful of plays from being 4-0 because of a defense that has forced eight turnovers.

DNA: When the Blue Devils lost that season opener, critics were quick to chirp that David Cutcliffe had lost his fastball. All Duke has done since then is win three straight while averaging more than 42 points per game.

Best Win: The win over North Carolina didn’t look as sexy after the Tar Heels also stumbled at Georgia Tech.

Worst Loss: There’s nothing awful about losing at West Virginia by a touchdown.

DNA: The Hokies are off this week before they have a shot to rebuild their credibility with three straight home games against Notre Dame, Pittsburgh and Syracuse.

DNA: The Panthers lead the ACC in total offense and scoring offense, posting at least 41 points in all four games. But they still have to explain that loss to Western Michigan.

Best Win: That Central Florida victory stands out for many reasons, but it could be topped this week.

Worst Loss: Ole Miss, which has climbed all the way to No. 12 in the AP poll. Nothing bad about that one — other than the first half.

DNA: The Cards are not in the top half of the ACC in total offense or total defense, but they’re second in red zone conversions and first in time of possession. If they win at Wake Saturday, this season will get considerably more interesting.

Best Win: Huffing and puffing past Georgia Tech by six.

Worst Loss: I doubt the Tigers lose many recruiting battles to N.C. State, but their 5-stars did lose to the Wolfpack’s 3-stars.

DNA: Clemson is last in the ACC in scoring offense. The Tigers are also last in total offense. They have four passing touchdowns (and four interceptions) in 127 attempts. After four games last season, Clemson had 10 TD passes with one pick.

Worst Loss: Losing at Mississippi State isn’t awful, but doing it by two touchdowns seemed like a bit much.

DNA: The Wolfpack lead the ACC in total defense, rushing defense, passing defense and third-down conversion defense — and former UK head coach Joker Phillips is on the staff as the assistant head coach.

Best Win: Beat Missouri on the field and on the bulletin boards.

Worst Loss: Nothing to see here.

DNA: The Eagles have the best offense/defense mix in the league, ranking second in scoring offense and fifth in scoring defense. Their win over Missouri gave the ACC two wins (Pitt beat Tennessee) with only one loss against teams from the SEC East. Jeff Hafley seems like a coach to keep an eye on

Best Win: By 20 points at Virginia

DNA: Looking for a reason the Demon Deacons are unbeaten — beyond a schedule that started with Old Dominion and Norfolk State? Wake leads the ACC and is tied for fourth nationally in turnover margin. Wake has forced at least one turnover every game — and eight in back-to-back wins over Florida State and Virginia. All four Wake wins have been by at least 20 points and Dave Clawson’s team has not allowed more than 17 points this season.