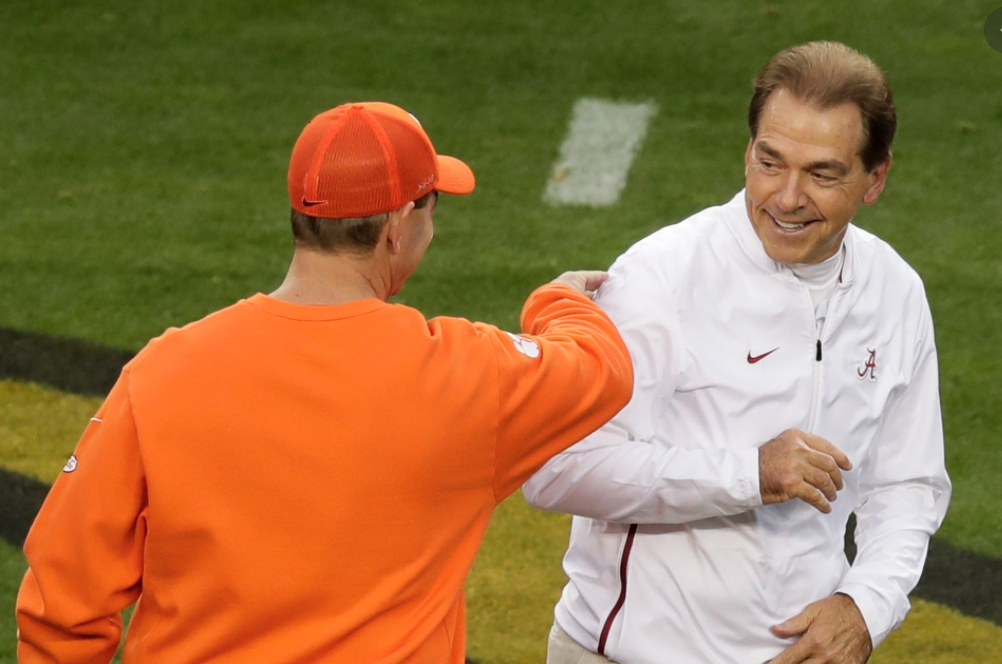 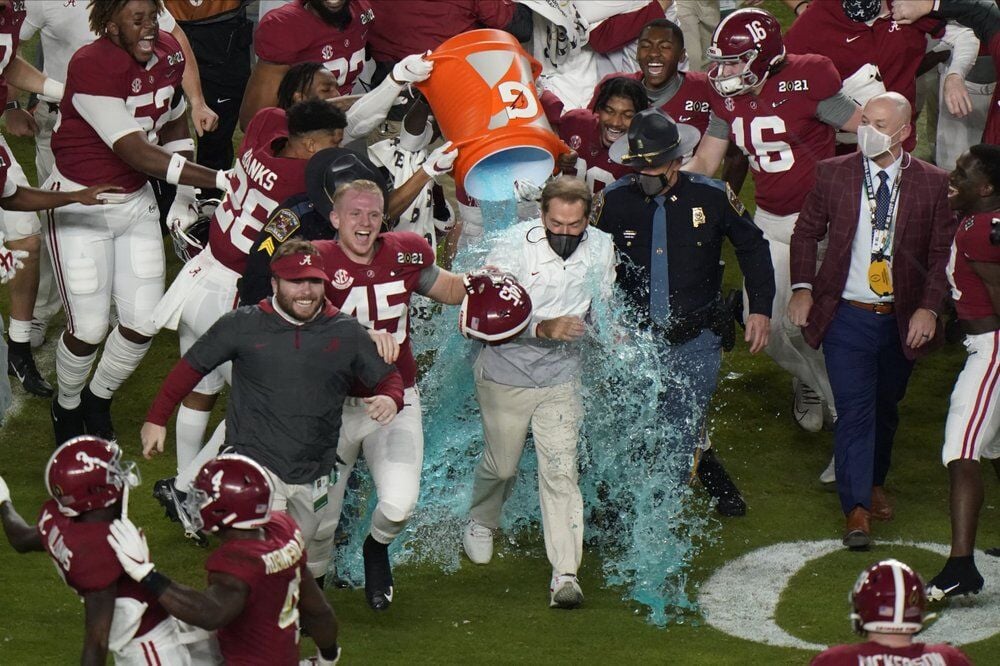 LOUISVILLE, Ky. (WDRB) — I whiffed while trying to pick the winner of the 2021 Kentucky Derby. Tampa Bay was not my pre-season pick to win the last Super Bowl.

Here is one thing I can say with extreme confidence this season — or any season: I can pick at least three of the four teams that will make the College Football Playoff.

So can you — without studying the pre-season magazines.

A few might go with Georgia or Notre Dame in the fourth slot. Fine. But that’s the list. Nobody else need apply.

If the proposed expansion of the College Football Playoffs from four teams to a dozen will end the interminable run of All Nick & Dabo all the time that will be something to celebrate.

And, if it will create a sliver of opportunity for Louisville, Kentucky or Indiana to earn one game in the fun every decade or so, then the expansion will be a great thing.

Because these days the current system is about as much fun as a patio full of cicadas.

That’s not what the record shows.

The record shows only a few programs matter. Everybody else is background noise and programming filler.

I ran some numbers Friday. I looked at the results from the last 20 national championship games in college football, men’s college basketball and baseball.

Basketball seeds a 68-team tournament, which is typically played in three-weekend segment, ending with the Final Four.

The baseball tournament, which continues with Super Regionals this weekend, takes eight teams to the College World Series in Omaha, concluding with the final two teams playing a best-of-three series.

The results showed what I expected them to show. Compared to basketball and baseball, college football is a Members Only society.

Some numbers, starting with the number of programs that have made the national championship game over the last 20 seasons in the three sports.

A deeper dive shows what a closed society football has become. Alabama, Ohio State, Louisiana State and Clemson have taken 21 of the last 40 spots in the last 20 national title games.

In basketball, the four most successful programs (North Carolina, Duke, UConn and Kansas) over those two decades have taken 13 of 40. In baseball, Texas, South Carolina, Oregon State and Vanderbilt have earned 14 of 40 spots in the finals.

The national champion numbers also show a narrower path in football, where 10 programs have won every one of the last 20 titles.

In basketball, the 20 titles have been shared by a dozen teams, while baseball has shown more parity with 14 different programs dog-piling with the NCAA championship trophy.

Another deep dive: Alabama (6) and LSU (3) have won 9 of the 20 titles, with the overall SEC numbers at 12 of 20 when you add the two titles won by Florida and one by Auburn.

In basketball, UConn, North Carolina and Duke lead the way with three titles during that stretch. Overall, the ACC won eight and the Big East six.

As good as the SEC has been in baseball, it has only won 7 of the last 20 titles, just two more than the Pac-12. Oregon State has set the championship pace — with three.

Will expanding the playoff from 4 teams to a dozen, ignite?

I’ve read arguments on both sides. Barrett Sallee of CBS Sports is upset that college football backing away from its tradition of only rewarding the very best.

Cecil Hurt of the Tuscaloosa News wrote a thoughtful piece that suggested a 12-team playoff would likely open a spot for powerful programs like Alabama even during their down seasons.

He noted that football is not basketball. Hurt does not believe there will be upsets in the football playoff similar to the upsets that make the college basketball tournament delightful.

To all that, I’d say this: How can college football be more of a closed society?

Imagine the joy in Bloomington last season when Indiana would have been the No. 11 seed, booked for a first-round game at Texas A&M?

Louisville danced into the playoff discussion with Lamar Jackson in 2016. Maybe the Cardinals would not have collapsed after losing at Houston if they would have known their playoff hopes were still alive when they returned home to play Kentucky.

So put me down for the 12-team playoff. After a million servings of Nick and Dabo, I’m ready for a different meal.