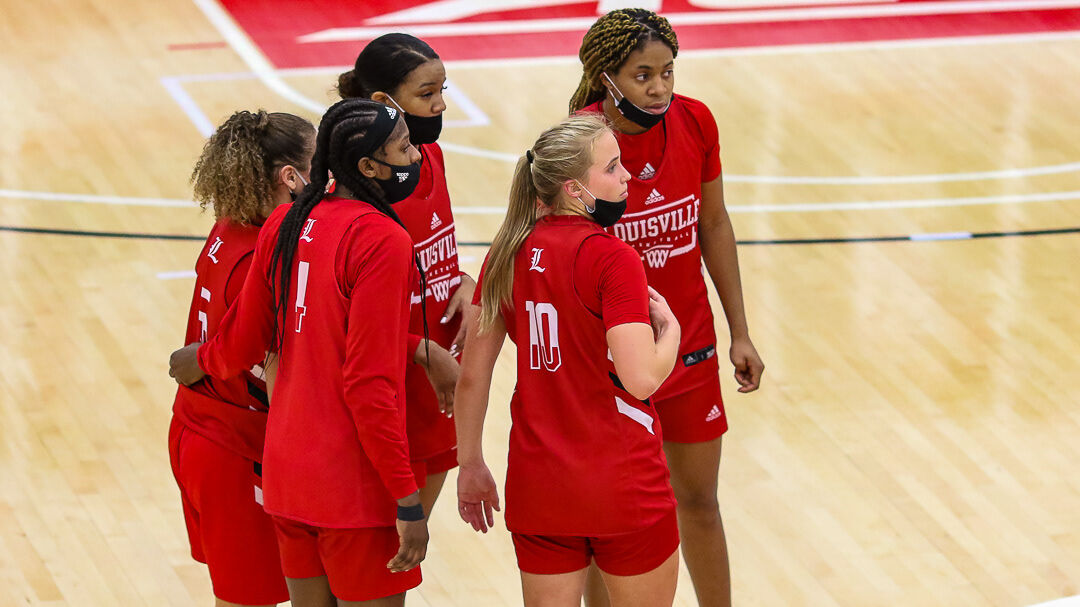 Louisville women's players during a 2020 practice. 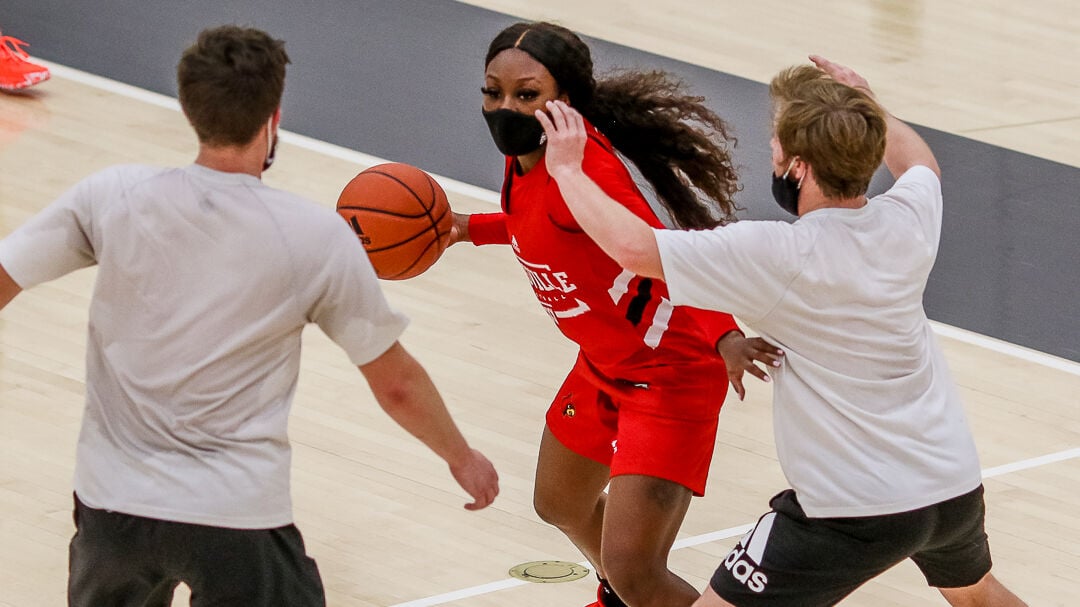 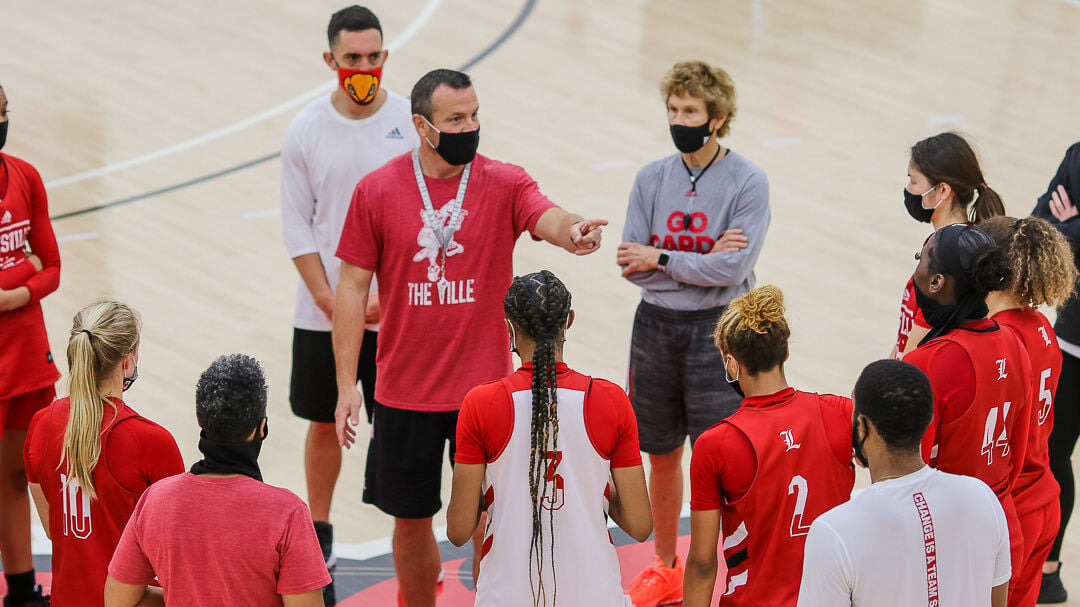 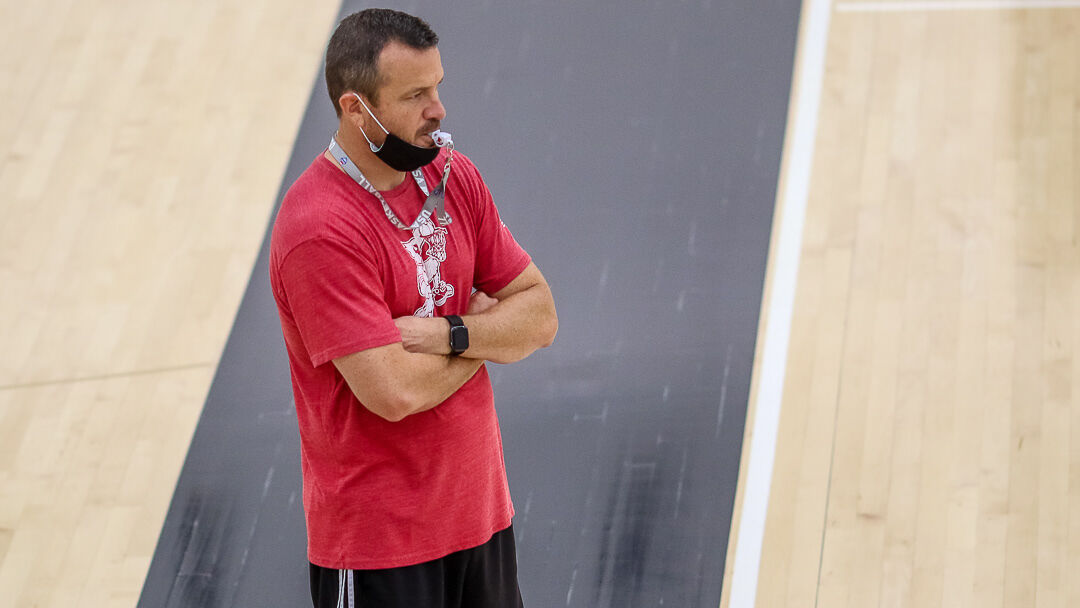 Louisville women's players during a 2020 practice.

LOUISVILLE, Ky. (WDRB) -- Some of you may remember Jeff Walz and his No. 2-ranked University of Louisville women’s basketball team. It might be difficult through the COVID-19 haze, since they last played a basketball game back on Dec. 9 at Duke.

They stand at 5-0 and are one of the top teams in the nation. But for three weeks, Walz has had his fancy sports car parked in the garage. First, Louisville had to pause for two weeks because of COVID. Then, opponents had to cancel games with their own issues.

Walz thought the Cards were going to resume ACC play on Friday night against North Carolina, but the Tar Heels had a COVID-related travel issue and couldn’t play the game. So he’s still scrambling. He’s at the point where he’d take a game with Scott Davenport’s Bellarmine men’s team if the NCAA would let him. (He can’t.)

But do not fret for the Louisville women during their time in college basketball exile. The car may be in the garage, but the players have been revving the engines.

“You have to be willing to change,” Walz said. “You have to roll with it. And I know it’s probably easier for us because of the team that we have. I’m willing to get on a bus and go six hours anywhere if there’s a team willing to play. It might not be the same for everybody else. You team might not be where we are, and it’s, ‘Do we really want to play them?’ So it’s been a challenge for us to find games. But at the same time, in a COVID year, and I know these kids all want to play.”

Walz is hoping the layoff ends soon. Sunday's game against Virginia as postponed Wednesday due to contract tracing within the Cavaliers' program. However, the postponed North Carolina game was again rescheduled for Jan. 5.

When the Cardinals had to pause, they were clicking as well as any team in the nation. They had beaten a nationally ranked DePaul team by 41 on national television. They’d taken care of Duke by 24 in Cameron Indoor Stadium.

Walz’s team often scrimmages against men’s players and works against them during practice sets. When they don’t, he’s deep enough to go 5-on-5 in scrimmages, in which players will face teammates who could start for many of the teams Louisville plays. He said he’s not concerned about his team being in “game shape,” because they practice at the same speed in which they play.

“The kids are great,” Walz said. “They all have aspirations of playing after college. Sure, they want to be playing games. But they also know that they’re getting better every day. They come to practice, we have fun, they compete and work hard. So they’re doing great. I’m really proud of them and I told them that. Basketball is what they do. You can’t go out and do a whole bunch during this pandemic. I’ve had staff members ask if we should give them a day off, and I say, ‘To do what?’ We have to take our mandatory days off. But to add more to it, they’ve said, ‘No. We don’t want to take days off.’”

Walz said the team has had “a few cases” of COVID-19. He’s not allowed to specify who or how many. But the team is free of the virus now, and has been working toward its return to the court.

The team practiced once after traveling to Duke, on Dec. 10, then didn’t practice again as a group until it returned the day after Christmas, though players who didn’t have the virus were allowed to work out and play and condition on their own.

All the Cardinals need now is a game. With luck, the worst could be over, though no one knows. At this point, my unofficial count shows the Louisville women having had 7 games postponed or canceled, while only having played 5. One game has been postponed twice. Not sure how to count that. Regardless, Walz is hoping the pace is about to pick up soon.

“Hopefully now we’ve gotten through it and gotten on the mend to where things go really well for the next few weeks, until the end of the season,” Walz said.

And a reminder: With this Louisville team, the season’s end could be a ways away.