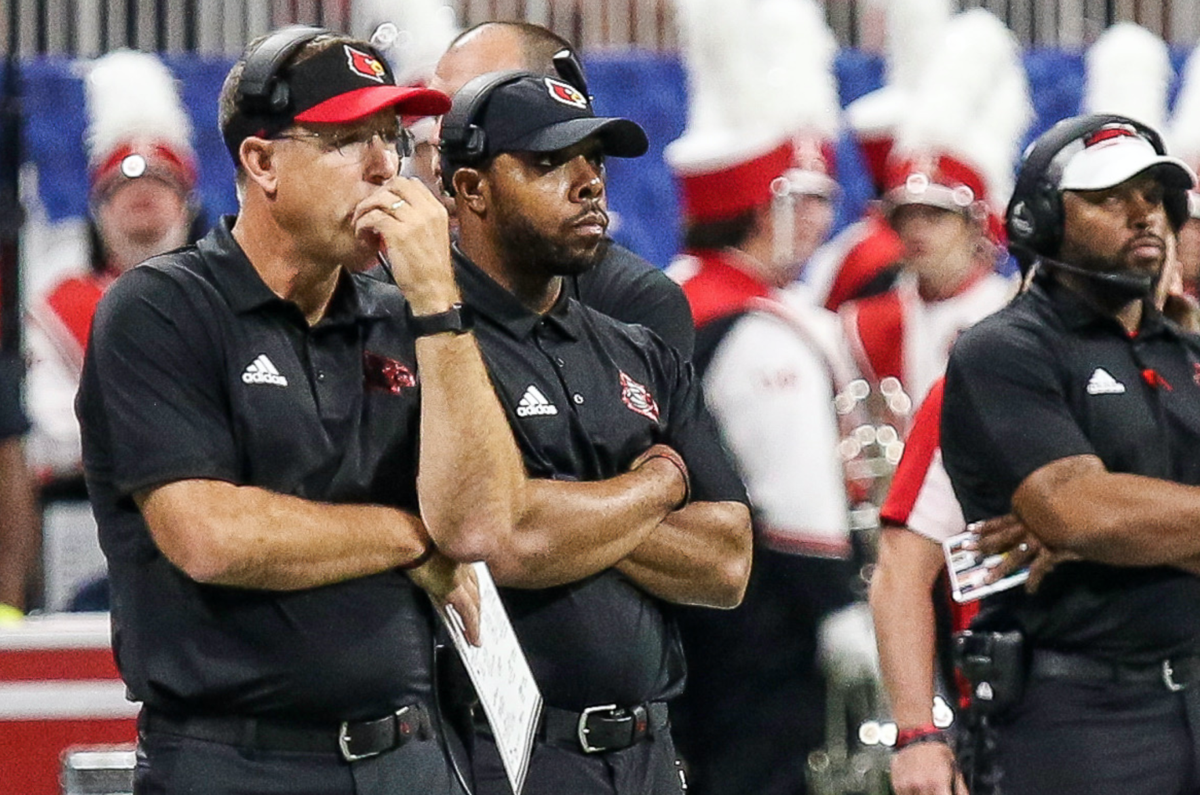 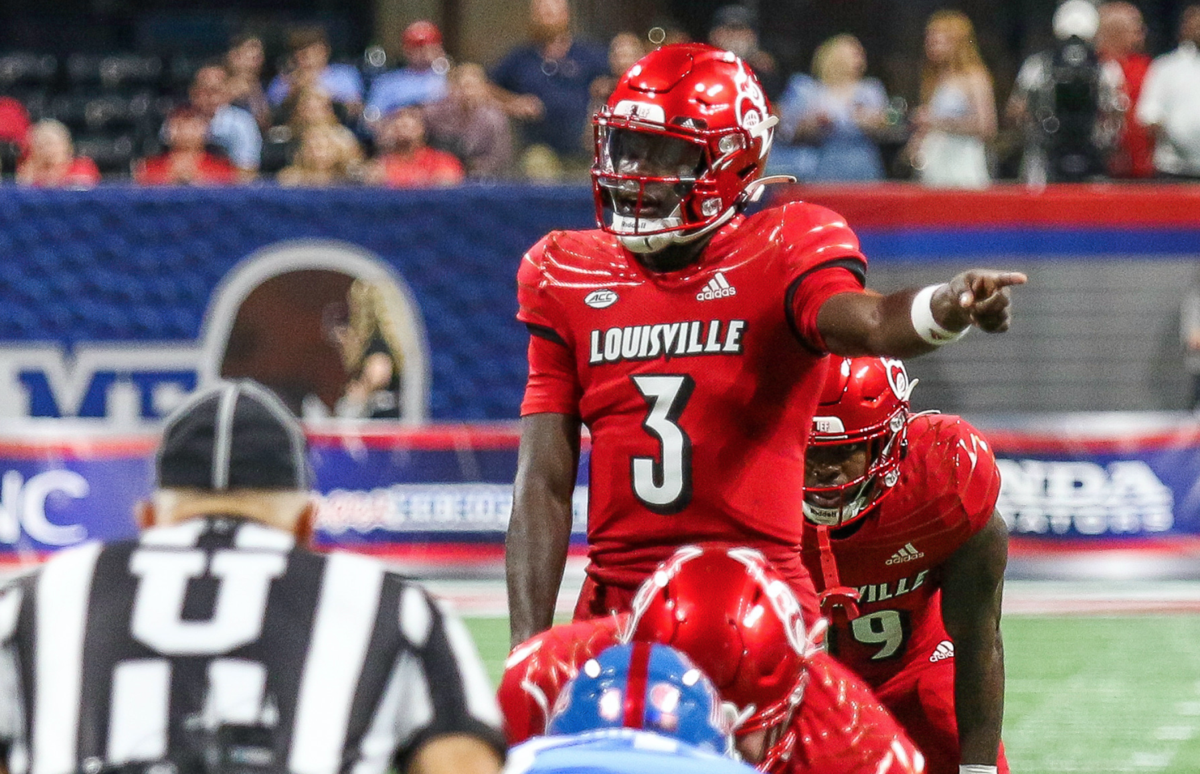 LOUISVILLE, Ky. (WDRB) -- This was not the performance that Scott Satterfield needed to get every skeptical University of Louisville football fan back on his side. In fact, it was a performance certain to unsettle Satterfield’s supporters.

No first-half points. Two players ejected for targeting. Two first-half turnovers. A spotty passing attack. The same ongoing questions about the offensive line. A defense that wasn’t able to create any turnovers.

This sums it up: ESPN announcers Rece Davis and Kirk Herbstreit spent more than 10 minutes in the fourth quarter talking about their dogs.

You don’t want to know the Cards’ passing or rushing yardage — or the final score.

Monday night, in front of 30,709 fans at Mercedes-Benz Stadium in Atlanta, this U of L performance was too similar to the games the Cardinals lost to Georgia Tech and Miami a year ago.

In fact, you could argue it was worse, because in the first half, the Cards' offense disappeared against an Ole Miss team that ranked 117th in the nation in scoring defense last season. The 2020 Rebels allowed more than 38 points per game and at least 20 in all 10 games.

U of L quarterback Malik Cunningham said the Cards prepared for an Ole Miss defense that they expected to rely on a style featuring blitzing linebackers and safeties. Instead, the Rebels rushed only three men and dropped eight into coverage.

"Their coach had a great plan," Cunningham said. "We weren't expecting that."

"We were never in a rhythm," Satterfield said. "We never got the sticks moving. It's not any one player. It's overall as an offense."

But you can’t put it all on the offense. Starting midway through the second quarter, the Cardinals’ defense could not stop the Rebels from scoring on five consecutive drives: three touchdowns and two field goals.

The Cards finished the game being out-gained, 569 yards to 355. That was more yardage than Louisville allowed in any game last season.

"They were getting behind our linebackers," U of L linebacker C.J. Avery said.

The margin was as large as any game the Cardinals lost while finishing 4-7 in 2020.

The Cards lost two defenders to targeting penalties -- linebacker Monty Montgomery, who hit Ole Miss quarterback Matt Corral on a slide, and Tabarius Peterson was flagged while blocking on a kickoff return. Two Ole Miss players were also ejected for the same infraction. Penalties for tackling while leading with the crown of your helmet has been a point of emphasis for several years to reduce serious injuries.

"We coach against it," Satterfield said. "We don't like it."

"That's the rule,"  Avery said. "We've got to play by the rules and play better with that."

Louisville managed only 17 passing yards and 81 rushing yards in the first half. The Cardinals had more penalties (seven) than pass completions (six) — and more players ejected for targeting (two) than points (none).

"We couldn't get our running game going," Cunningham said. "I had at least two throws I should have hit."

The second half was more encouraging. Energized by a superb kickoff return to the Ole Miss 41 by Hassan Hall, Louisville started with a 38-yard field goal from James Turner.

The next drive was excellent. The Cardinals marched 70 yards in 13 plays. Braden Smith snagged a four-yard pass from Cunningham for his first career touchdown.

Louisville’s third drive of the second half also generated a touchdown. Cunningham bounced the final yard of another seven-yard drive to cut the Ole Miss lead to 36-17 with 8:58 to play.

Cunningham refused to surrender. He made certain the Cards scored on their first four possessions of the second half, running nine yards for another touchdown with 3:58 to play.

"That's the kind of offense you want to see," Cunningham said.

But after falling behind 26-0, the Cardinals never got closer than 19 points against Ole Miss, which played without head coach Lane Kiffin, who stayed in Oxford after testing positive for COVID-19.

The Cardinals return home for their next two games. They’ll host Eastern Kentucky at 7 p.m. Saturday and Central Florida for a Friday night game on Sept. 17.