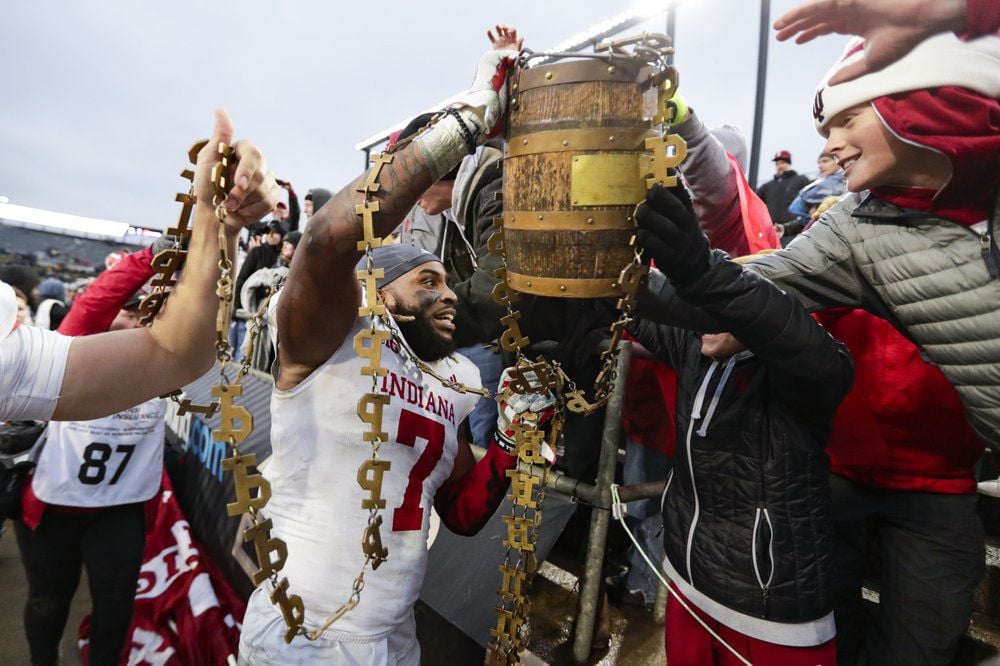 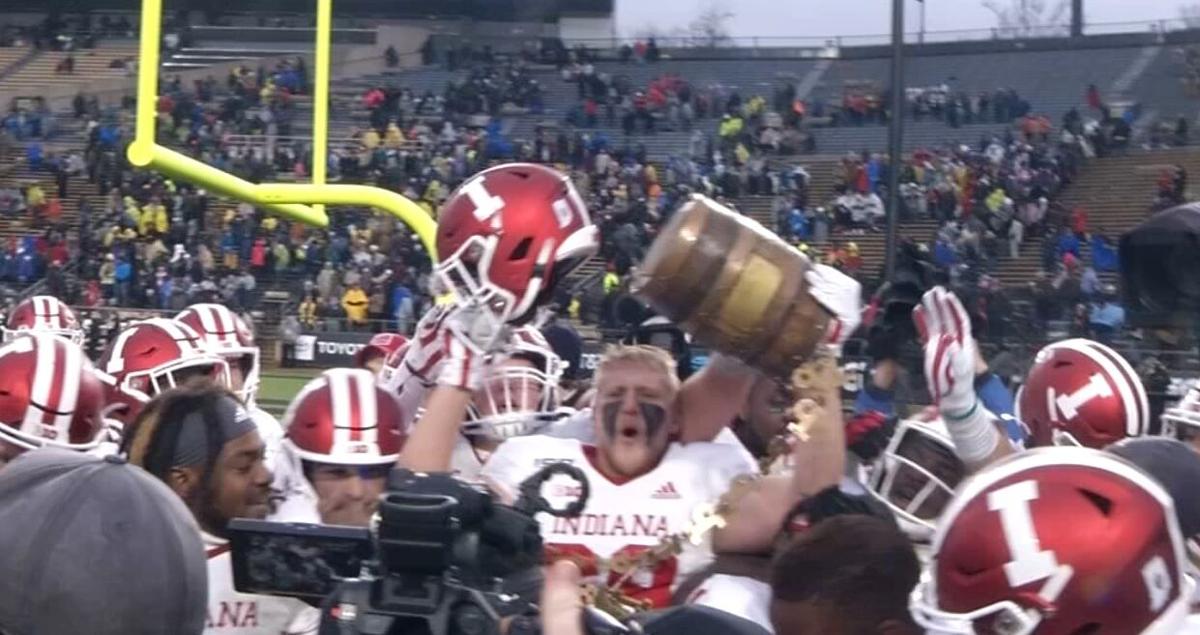 The arrow finally stopped spinning Tuesday morning. For the first time since 1919, Indiana and Purdue will not play their "Old Oaken Bucket" rivalry football game this season.

Canceled as a regular-season game a week ago, the IU-Purdue game was (temporarily) given second life when the Big Ten Conference booked the Hoosiers and Boilermakers as opponents in the league’s championship round Friday night in Bloomington.

But on Tuesday morning the schools came to the same conclusion as last week: Both teams are dealing with too many issues from the novel coronavirus to proceed.

After ending long losing streaks to Michigan, Wisconsin and Penn State, Indiana finished its regular-season with a 6-1 record and the No. 7 ranking in the Associated Press Top 25 poll.

Indiana will be rewarded with the program's best bowl opportunity in decades on Sunday. Several projections have Indiana matched against USC in the Fiesta Bowl in suburban Phoenix.

Later on Tuesday morning, IU coach Tom Allen was named one of five regional winners for its Coach of the Year award by the American Football Coaches Association. The others were Luke Fickell of Cincinnati; Doc Holliday of Marshall; Brent Brennan of San Jose State and Jamey Chadwell of Coastal Carolina.

Moore, the New Albany native and Trinity High School product, is expected to depart for the NFL Draft. Although he missed half of Purdue's games with injuries, Moore caught 35 passes for 270 yards without a touchdown.

This was the official announcement from both schools:

BLOOMINGTON, Ind. – In coordination with the Big Ten Conference office, Indiana and Purdue jointly announce that their scheduled football game in Bloomington on Friday will be canceled due to COVID-19 testing results at both schools.

"Upon the advice of our medical professionals and in following the guidelines and protocols established for this season, we are not able to play Friday. As we stated last week, we know the history and tradition of this great rivalry game and how much it means to our current students, alumni and fans.

“Both universities worked extremely hard in an effort to play, but at this time it just isn't possible. We are certainly disappointed that we cannot play in 2020, but look forward to seeing each other on the field next season and competing once again for the Old Oaken Bucket." - Joint statement from Indiana Vice President and Director of Intercollegiate Athletics Scott Dolson and Purdue Vice President and Director of Intercollegiate Athletics Mike Bobinski.