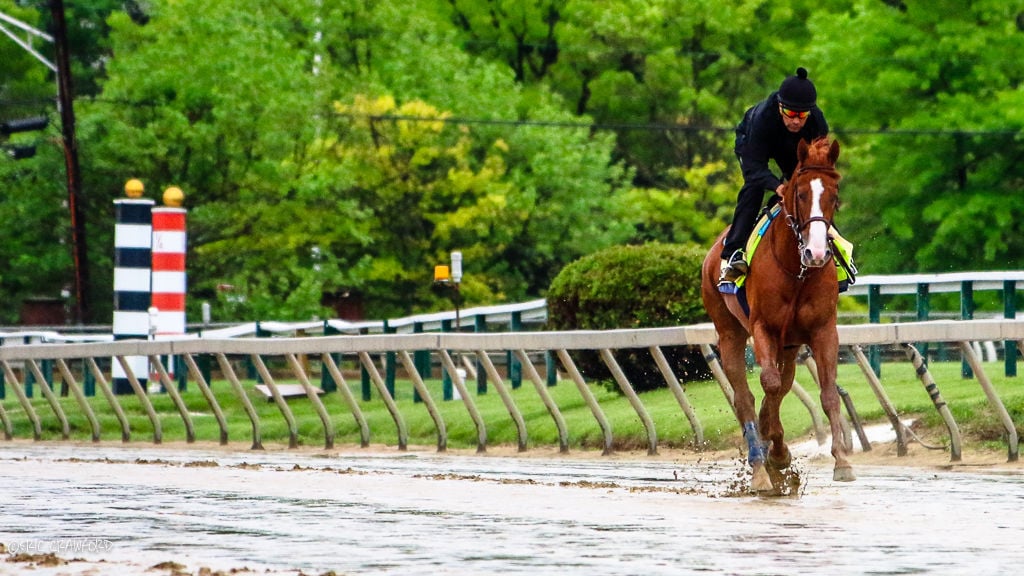 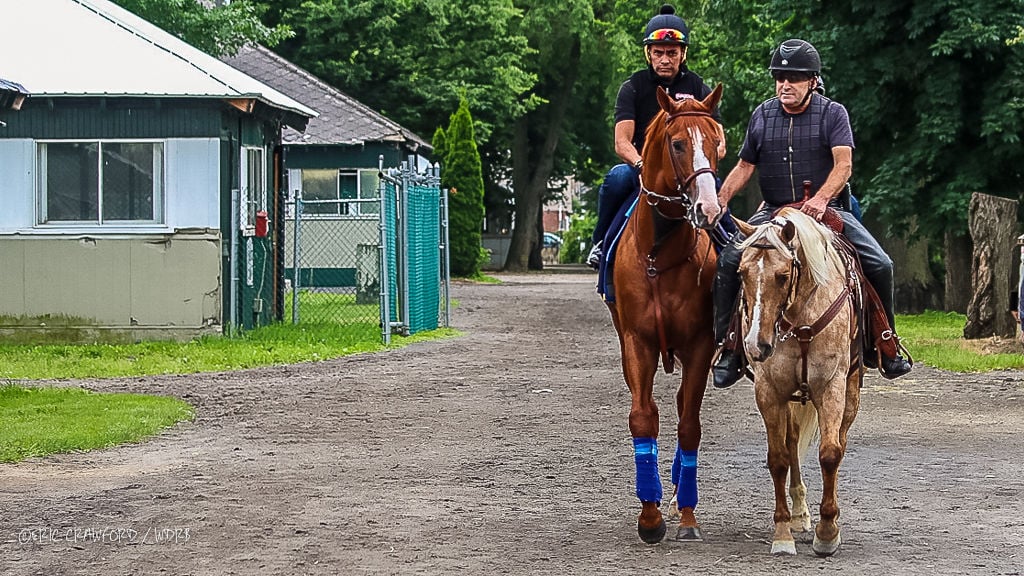 Justify heads to the track in preparation for the Belmont Stakes.

Justify heads to the track in preparation for the Belmont Stakes.

LOUISVILLE, Ky. (WDRB) -- The following is a rough timeline of events for Justify's 2018 Triple Crown run.

It was built using information from The New York Times' expose of a failed drug test and efforts by California horse racing officials to make it go away.

April 7, 2018 – Justify wins the Santa Anita Derby, punching his ticket for the Kentucky Derby as the likely favorite. Post-race blood and urine samples are taken for drug testing purposes.

April 10, 2018 – Blood and urine samples from Justify and other horses who raced on April 7 at Santa Anita are shipped to the University of California Davis for testing.

April 18, 2018 – The lab sends notice that Jusify has tested positive for the prohibited substance scopolamine, a performance enhancer at the levels (300 nanograms per milliliter) found in Jusify’s sample.

April 20, 2018 – California Horse Racing Board equine medical director Dr. Rick Arthur emails the board to inform members that Justify’s case will be “handled differently than usual.” He asks for more testing and review of the data.

April 26, 2018 – Justify’s trainer, Bob Baffert, is notified of Justify’s positive drug test after the Santa Anita Derby. He asks for a second test from the sample to be conducted by an independent lab, as California regulations permit.

April 30, 2018 – Justify ships to Churchill Downs for the Kentucky Derby, stepping off the van to a large contingent of media, fans and photographers.

May 1, 2018 – Justify gallops on the Churchill Downs track for the first time, in front of thousands of onlookers. The second sample of Justify’s post-Santa Anita Derby test is sent to the lab. Oddsmaker Mike Battaglia installs Justify as the 3-1 Kentucky Derby favorite.

May 5, 2018 – Over a sloppy, sealed track, Justify stays just off the leader for the first three-quarters of a mile, takes the lead with a half mile to go, and is never truly threatened while beating Good Magic by 2 ½ lengths. He becomes just the second colt to go unraced at 2 before winning the Derby.

May 6, 2018 – Justify is brought out of his barn for reporters and fans, and appears to be walking gingerly on his left hind leg. Baffert says the colt had some scratches above the hoof, likely due to the sloppy track.

May 8, 2018 – A second lab confirms the positive scopolamine test. Rick Baedeker, the executive director of the California Horse Racing Board, informs board members of the positive test and tells them in a memo obtained by The New York Times that, “The C.H.R.B. investigations unit will issue a complaint and a hearing will be scheduled,” but no complaint is issued, nor is any hearing scheduled.

May 10, 2018 – Justify returns to the Churchill Downs track and after an easy gallop, Baffert declares him “fine,” and says, “We’re on to Baltimore.”

May 16, 2018 – Justify ships to Baltimore for the Preakness Stakes.

May 19, 2018 – In a dense fog, Justify holds off Bravazo, Tenfold and Good Magic to win the second leg of horse racing’s Triple Crown.

June 4, 2018 – Justify breezes in his final work before the Belmont Stakes.

June 9, 2018 – Justify wins the Belmont Stakes to become the 13th Triple Crown winner. Some are critical of the race because stablemate Restoring Hope appeared to run interference for Justify, racing on his shoulder to keep other colts from pressuring him on the lead.

June 10, 2018 -- One morning after winning the Triple Crown, Justify appears with Baffert on NBC's Today show.

June 18, 2018 – Justify appears before fans, parading on the Churchill Downs track and in the paddock.

August 23, 2018 – Baedeker presents the Justify case to commissioners of the C.H.R.B. in executive session, and they vote unanimously not to proceed with action against Baffert.

October, 25, 2018 – The C.H.R.B. votes to follow the recommendation of the Association of Racing Commissioners International model rules and reduces the penalty for scopolamine.

April 4, 2019 -- Coolmore announces that Justify and fellow Triple Crown winner American Pharaoh will shuttle to Australia for the breeding season there.

Roads around Louisville closed due to high water