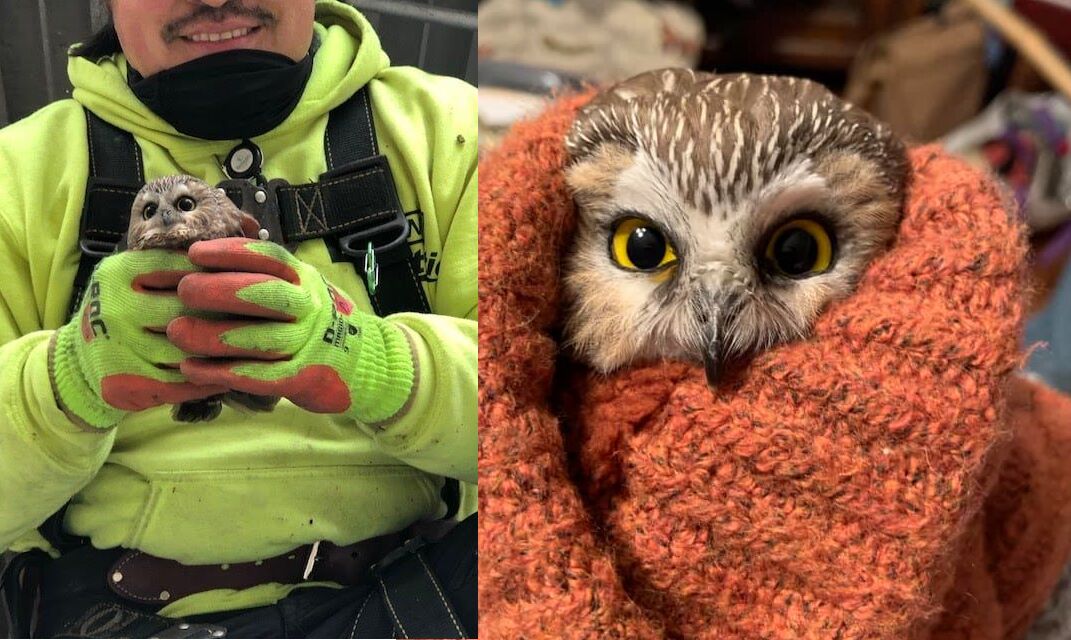 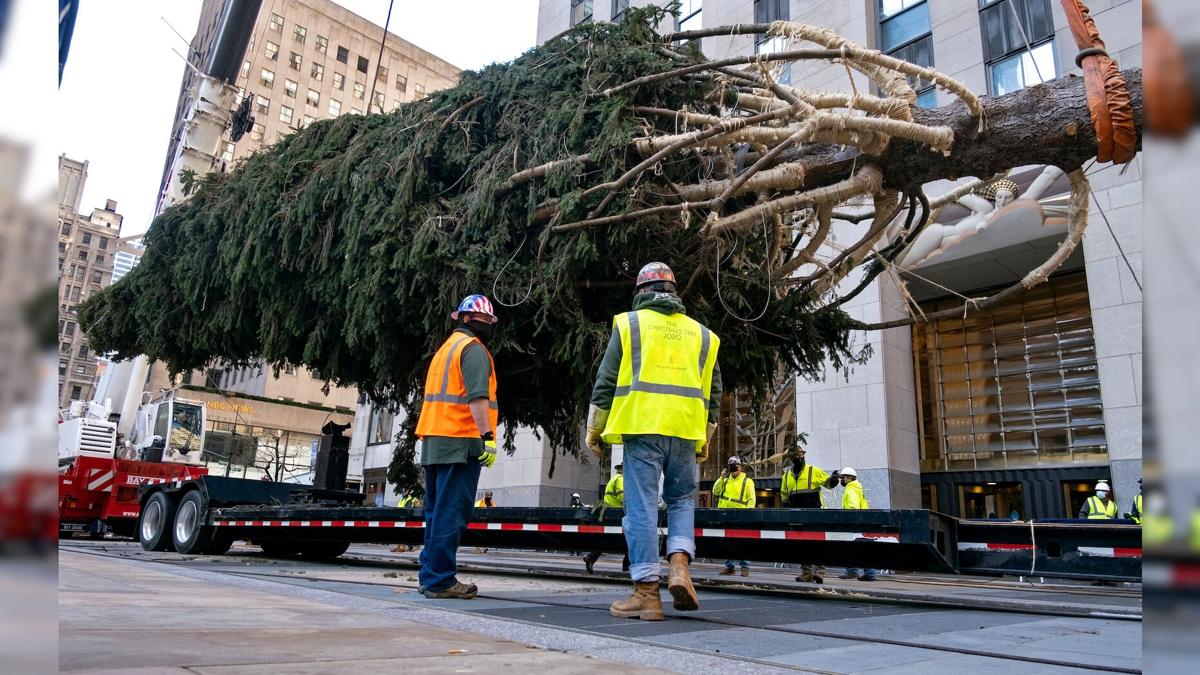 The 2020 Rockefeller Center Christmas tree is a 75-foot tall Norway Spruce that was acquired in Oneonta, New York. It is pictured on Saturday, Nov. 14, 2020, in New York. (AP Photo/Craig Ruttle) 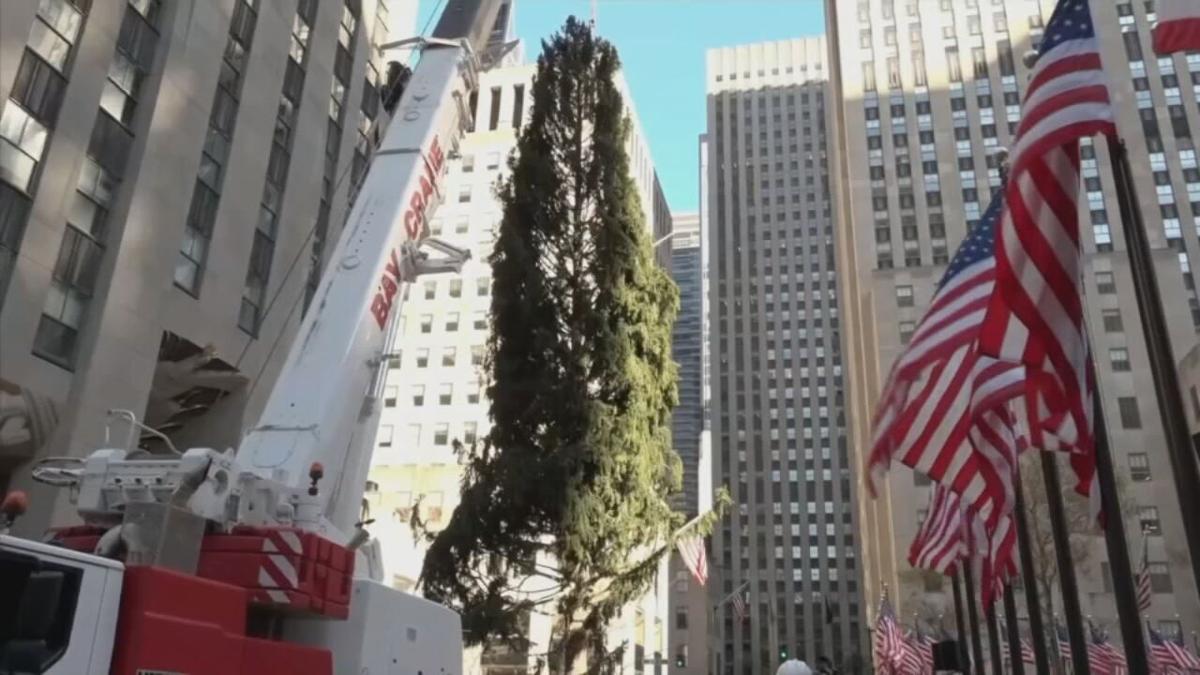 The 2020 Rockefeller Center Christmas tree is a 75-foot tall Norway Spruce that was acquired in Oneonta, New York. It is pictured on Saturday, Nov. 14, 2020, in New York. (AP Photo/Craig Ruttle)

Earlier this week, workers who were setting up the tree found a small owl among the branches of the 75-foot-tall Norway Spruce.

They called the Ravensbeard Wildlife Center in Saugerties, N.Y., for help.

The wildlife center posted on Facebook about the Saw-whet owl -- which they named “Rockefeller” -- on Tuesday.

Ravensbeard officials estimated the owl hadn’t eaten for three days as the Rockefeller traveled from Oneonta, N.Y., this week.

They found a small owl inside of this year’s Rockefeller Christmas tree, he hitched a ride all the way to NYC and is now being treated and cared for at a wildlife rehab facility. pic.twitter.com/f4PkBm6MGo

It was only when workers were unwrapping the massive spruce that they saw the owl in the branches, the New York Post reported.

When they called Ravensbeard, they said the owl was a baby because of its small size, but according to the Facebook post, it is actually an adult. Saw-whet owls just happen to be the “smallest owl” in the Northeast.

A worker met Ravensbeard director Ellen Kalish to deliver the owl. Kalish then took the owl to the center, where he finally got some much-needed food and water.

“We’ve given him fluids and are feeding him all the mice he will eat,” the Facebook post said.

“So far so good, his eyes are bright and seems relatively in good condition with all he’s been through,” the post added. “Once he checks in with the vet and gets a clean bill of health, he’ll be released to continue on his wild and wonderful journey.”