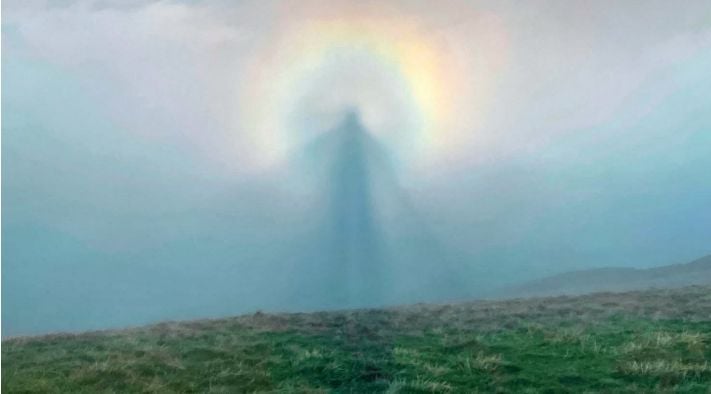 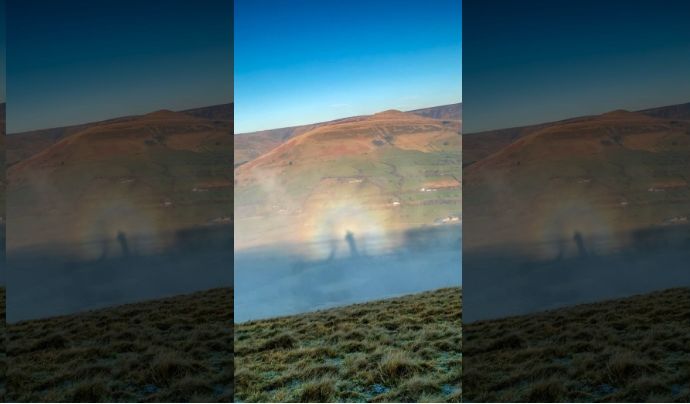 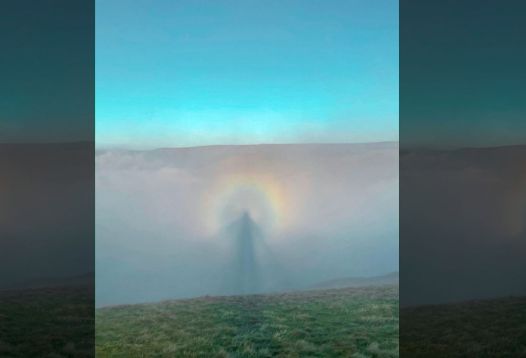 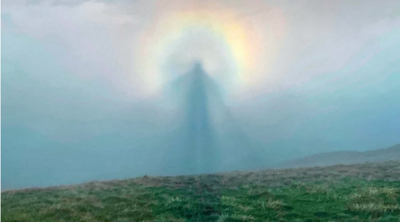 How amazing is this picture?

Lee Howdle, was walking in central England, when he saw this "angel in the sky" and was able to capture some pictures! What do you think caused it? Is there an explanation?

There is an explanation! This is a fairly rare phenomena called Spectre of the Brocken. It occurs when a shadow is cast from an object above a cloud.

It requires a very unique set of circumstances! The Spectre of the Brocken occurs most frequently when there is low fog, on misty mountainsides, or if you are near a cloud bank. The phenomena also occurs when planes cast a shadow on a cloud bank below. The Spectre of the Brocken can only be seen when the sun is shining behind an object that casts a shadow into a cloud or bank of fog or mist meaning it cannot occur in all situations.

The light from behind the object or person casts a shadow in the cloud/fog/mist bank, but the halos really make this atmospheric optic unique. The "rings of glory" are caused when the light is reflected back to the observer by the water in the cloud. This effect is similar to what causes a "corona" around the moon / sun when there are thin clouds in the lower part of the atmosphere. Many that have seen the Spectre have reported that the figure appears to move. That is caused by the movement of the cloud or fog below.

The name itself comes from the location it was first spotted in a peak of the Harz Mountains in Germany known as the Brocken. In 1780, Johann Silberschlag observed the phenomena for the first time in Germany and it has gain legend since.