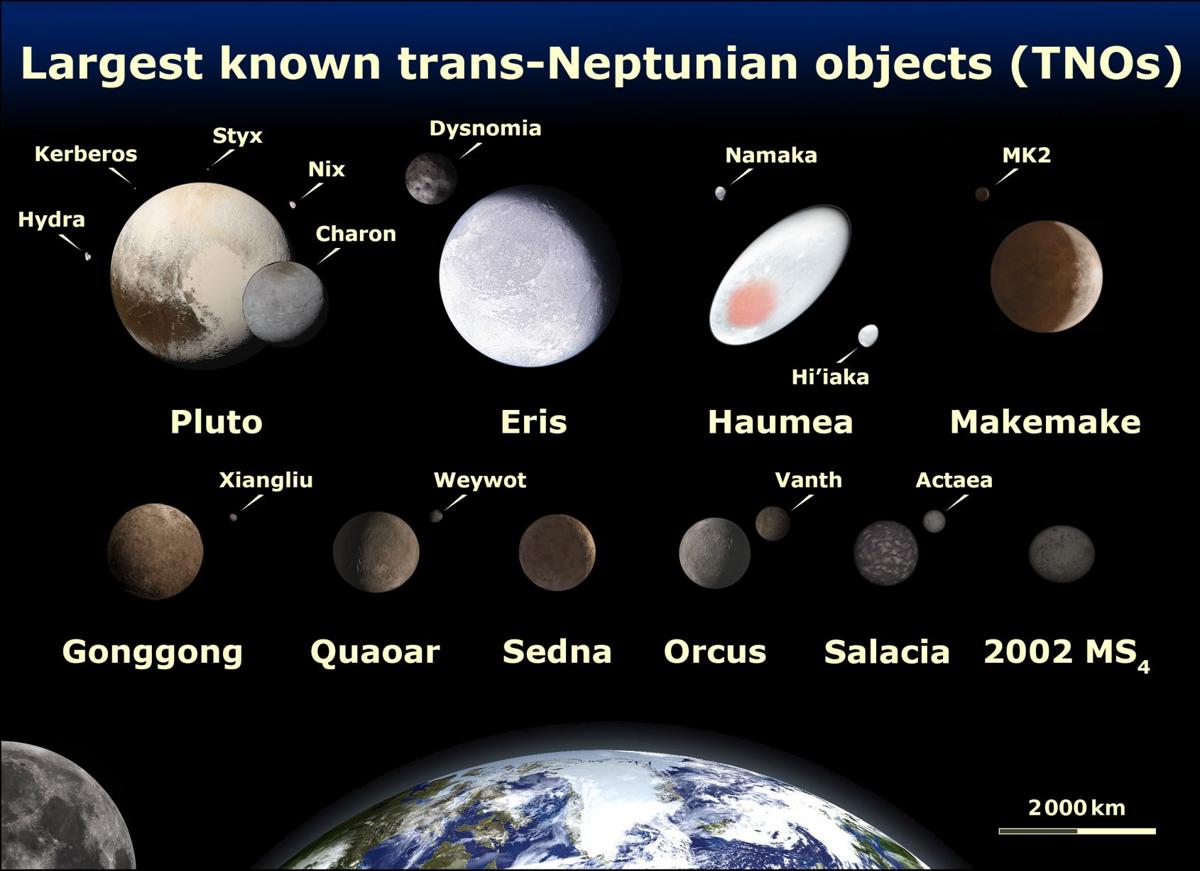 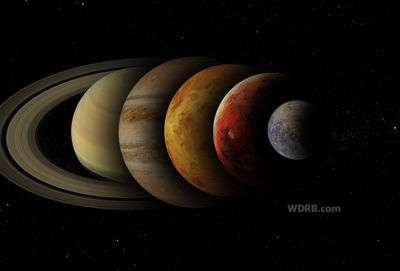 A study published earlier this month by astronomers at the University of Pennsylvania distinguished more than 100 new planets in our solar system, but estimates show there could be as many as 70,000!

We're talking about a specific class of space objects: trans-Neptunian objects (TNOs). They are called TNOs because while they are in our solar system, their orbit is out past Neptune. That means it takes one of these objects hundreds of Earth years to orbit the Sun once! The ones accepted in this study are at least 100 km across (60 miles). The image below from NASA shows some of the largest TNOs and their moons.  Pluto is also included in this graphic, so you can get an idea of the size of these other TNOs.

This discovery is made even more interesting when you consider who found these planets. Normally the Dark Energy Survey studies whole galaxies and supernovas! They are also well equipped to look for small objects in our solar system that are so far away from us (like TNOs), but these small planets are much, much smaller than supernovas and galaxies. They spent six years collecting data and coming up with ways to look for these TNOs.  If you're interested in that process of how they used their data to look for these smaller objects, click here to go to an article written by the University about this research.

The image above is an artists rendering of what one of these TNOs might look like, but keep in mind they are all unique. In the end the astronomers found almost 400 TNOs - roughly 140 of those had never been published before. That means the astronomers discovered more than 100 previously undiscovered planets right here in our solar system!