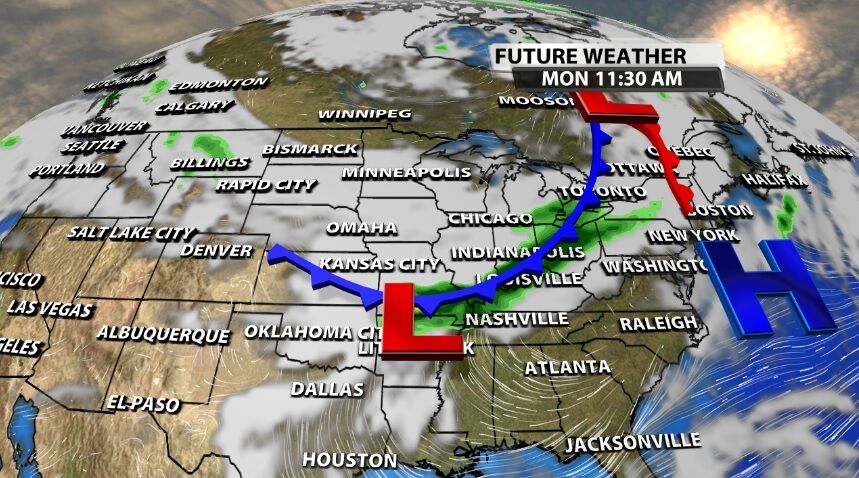 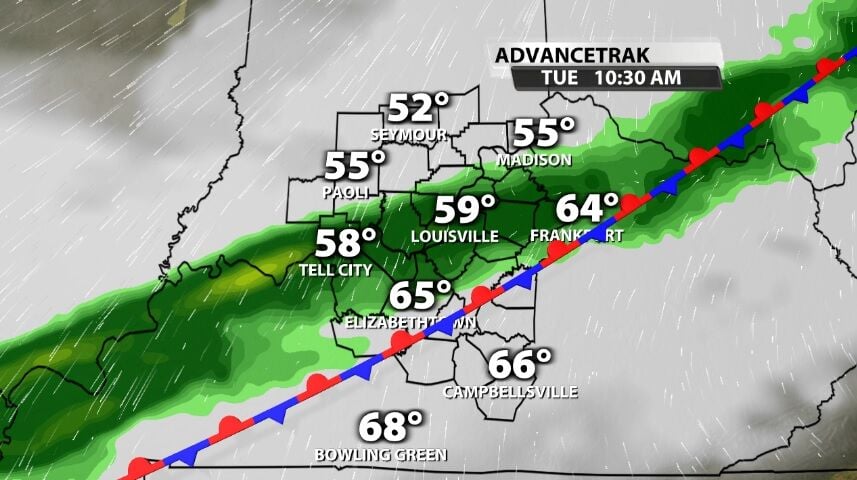 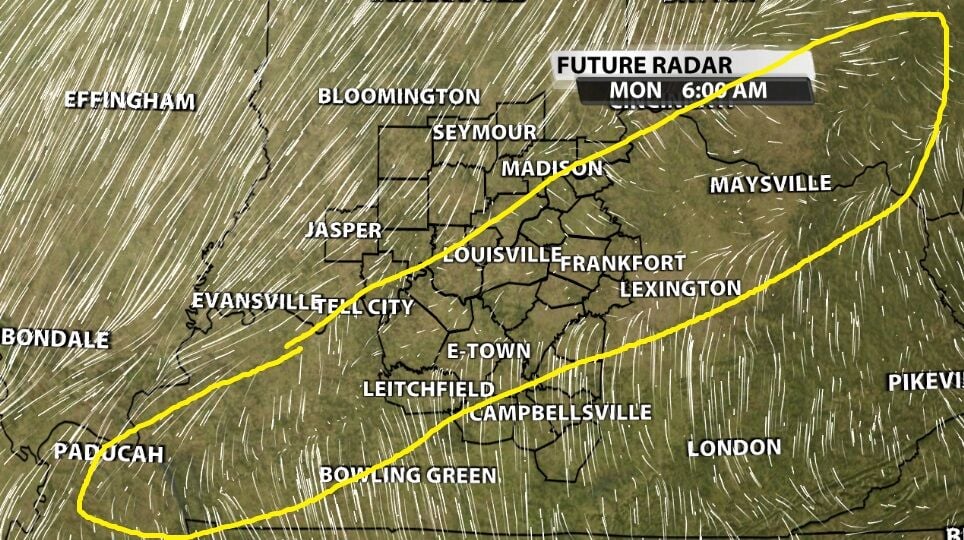 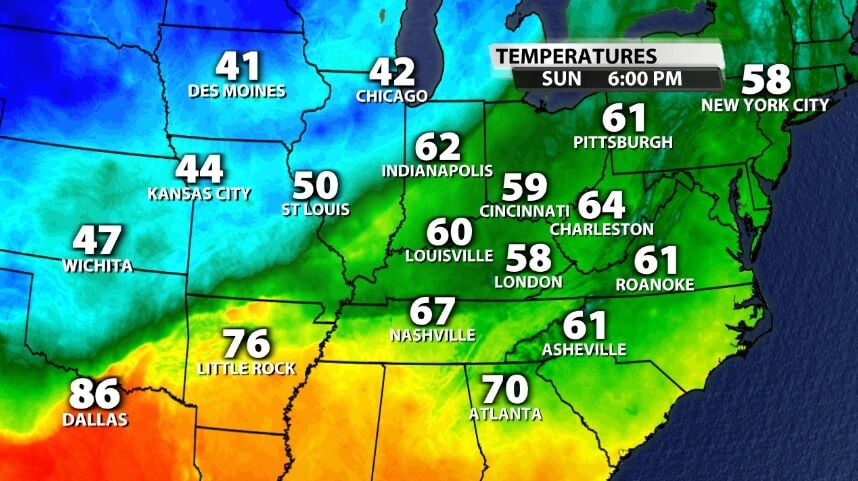 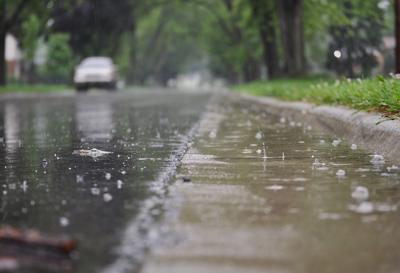 A cold front is nearing our area tonight and it's bringing some good rain with it to places that need rain. You can click here to read Katie's great blog about timing and amounts of rain headed our way. Since that cold front is what will push the rain our way, how do you know when it's here? That's what we will look at today!

WHAT IS A COLD FRONT

Let's start with the basics. We often tell you to think of a cold front like a wall separating two different kinds of air. We use the blue line with triangles on it to show you the leading edge of the new, cooler air mass that's moving in. On the triangle side is the warmer air mass; on the smooth side is the cooler air.

The best way to figure out the placement of the cold front is where the wind shifts. Sometimes it's more subtle and sometimes it's very pronounced, but the wind changes when the new air mass moves in. Wind is the vehicle for moving air in the first place, so if the wind didn't change direction at least slightly, no new air mass would ever arrive. That's why the wind shift is the best way to find the front.

The image above shows you the cold front that will arrive here Monday morning, but I've taken away all the variables except wind. You don't see the cold front drawn here or rain or clouds or temperatures. The area circled in yellow shows where the wind shifts, so try to draw your own cold front in there.

Sometimes the change in temperature or dewpoint (moisture) from one side of the cold front to the other is enough to determine where the front might be positioned. The biggest drawback to this method is that the change isn't always enough to see right away. The temperature (or dewpoint) drops after the new air mass moves in, so you aren't really tracking the leading edge of the air mass if you do it this way.

The map above shows a regional view of temperatures - where would you draw the cold front on this map?

As a general rule when forecasting or observing the weather, don't use rain or storms to help you determine where the front is. Strong storms can race out ahead of the front, and while the front is the forcing mechanism for a lot of the rain, most of that rain should arrive before the front itself.

Finally, as you track the incoming front, there's a word meteorologists use to describe the moment the front passes through: FROPA! It stands for FROntal PAssage, but it's also fun to say :) So Monday you can impress all your friends with your weather knowledge by yelling FROPA (sounds like the Greek exclamation "opa!") when the front passes through.

Now here's where this particular forecast gets complicated. On Monday this cold front will slow down considerably while moving through the Ohio Valley. When this happens, we call it a "stationary" front because it's not moving. We also draw it like a combination of a warm front (red line with semi-circles) and a cold front (blue line with triangles). It's still the same front, but it's not making much forward progress. This is the reason some of our same communities will see rounds of rain Monday and Tuesday because the front itself takes a while to finally clear out of Kentuckiana.