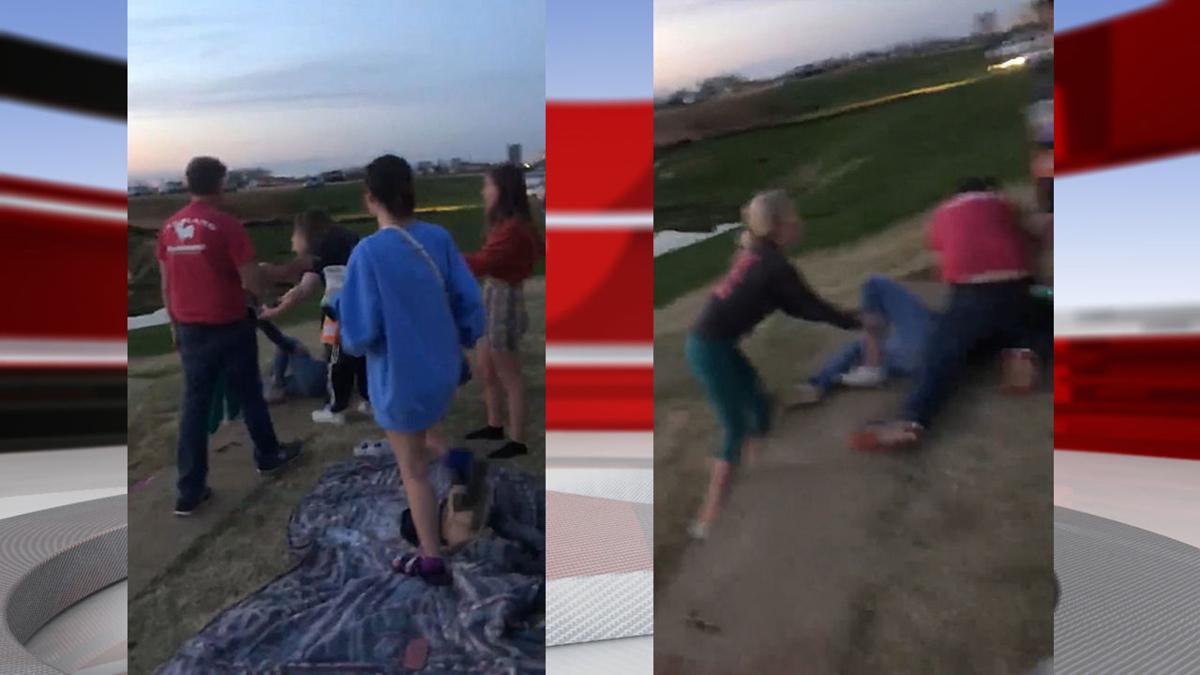 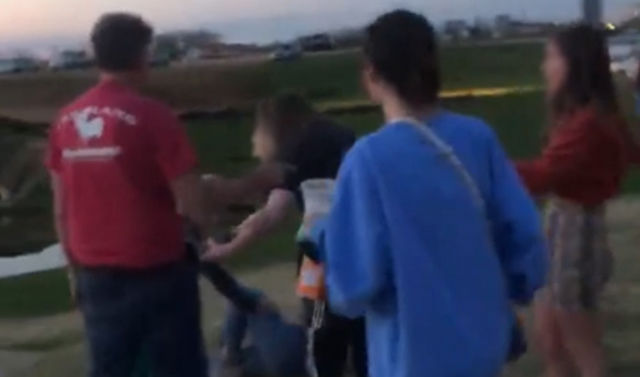 John Rademaker, a Louisville-area physician, was identified as the man seen on video pushing three teenage girls before putting his hands around the neck of a fourth girl who was sitting on the ground.

John Rademaker, a Louisville-area physician, was identified as the man seen on video pushing three teenage girls before putting his hands around the neck of a fourth girl who was sitting on the ground.

LOUISVILLE, Ky., (WDRB) – Louisville Metro Police are investigating a man on a possible charge of strangulation after officers were called to an incident caught on video Friday in Norton Commons where a man shoves three young women and then appears to choke another.

A police report released Monday did not identify the name of the man, who has not yet been charged, but noted an 18-year-old woman suffered minor injuries after the “suspect applied pressure to victim’s throat and impeded her breathing.”

The investigative report lists the possible charge as strangulation 1st degree, which is a felony.

The incident quickly spread online over the weekend after a video was posted to Louisville’s Reddit.com page showing part of the altercation.

The older man, who was with a woman, confronted the group of younger women at the Norton Commons amphitheater for failing to follow social-distancing guidelines, according to the person who posted the video.

“We are aware of this video and officers from the 8th Division responded to a call to this incident Saturday and took a report,” LMPD said in a press release. “Obviously, we do not advise individuals concerned about social distancing to take matters into their own hands and confront people about it, especially in any physical way. We ask people who are concerned about large gatherings to call 311 or 911 to report their concerns.”

The man is a physician for Southern Indiana Anesthesia Consultants in New Albany, according to a press release from the organization, provided by Boxcar PR.

He was not on official call or due to report to the hospital in any official capacity, according to the statement. And the man has been placed on administrative leave pending further investigation.

"Our well wishes extend to all parties involved and we will continue to monitor this situation as new information develops," the statement concludes.

The man is also an "independent physician" who does contract work for Baptist Health and has now been placed on administrative leave while the hospital investigates, according to a Baptist spokeswoman.

The video starts with one of the women taking video of the man after he approached while another tells him “we are leaving, please let’s not cuss at each other.”

The man points to one of the women, calling her an “a**hole,” and pushes her, the 27-second video shows.

“What the **** is  your problem, you do not touch her,” one of the women tells him. It escalated from there as the man shoves another woman and goes to the ground where it appears he chokes one of the women.

“Seriously, get off of her,” one of the women in the group yells.

A second video shows a young man, apparently with the women, approach and the older man let the woman go after a few seconds.

“You just assaulted a human being, a child,” one of the women yells at the man.

The older man and the woman he was with left before police arrived. She also appeared to be shooting her own video. At one point during the video, conversation between the two sides allege someone in the younger group had taken the woman's phone.