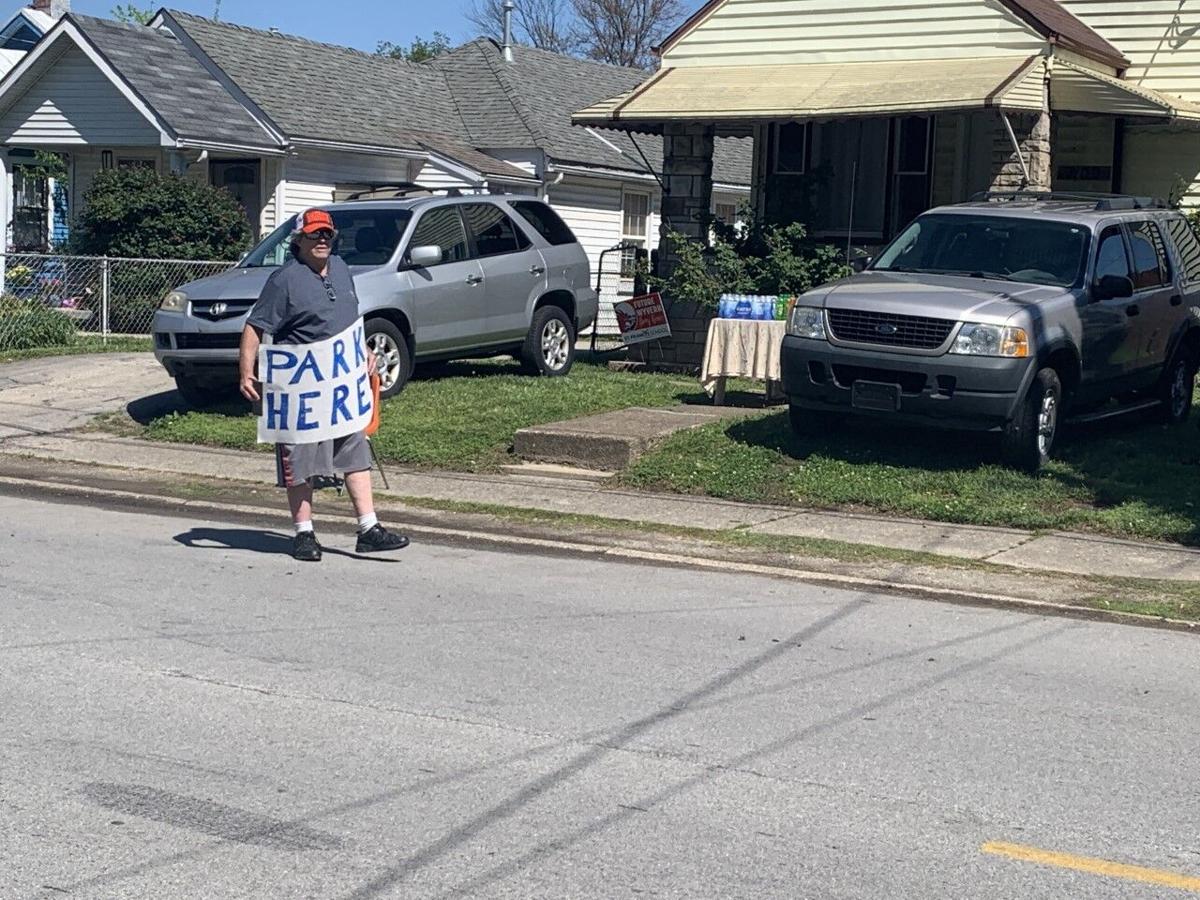 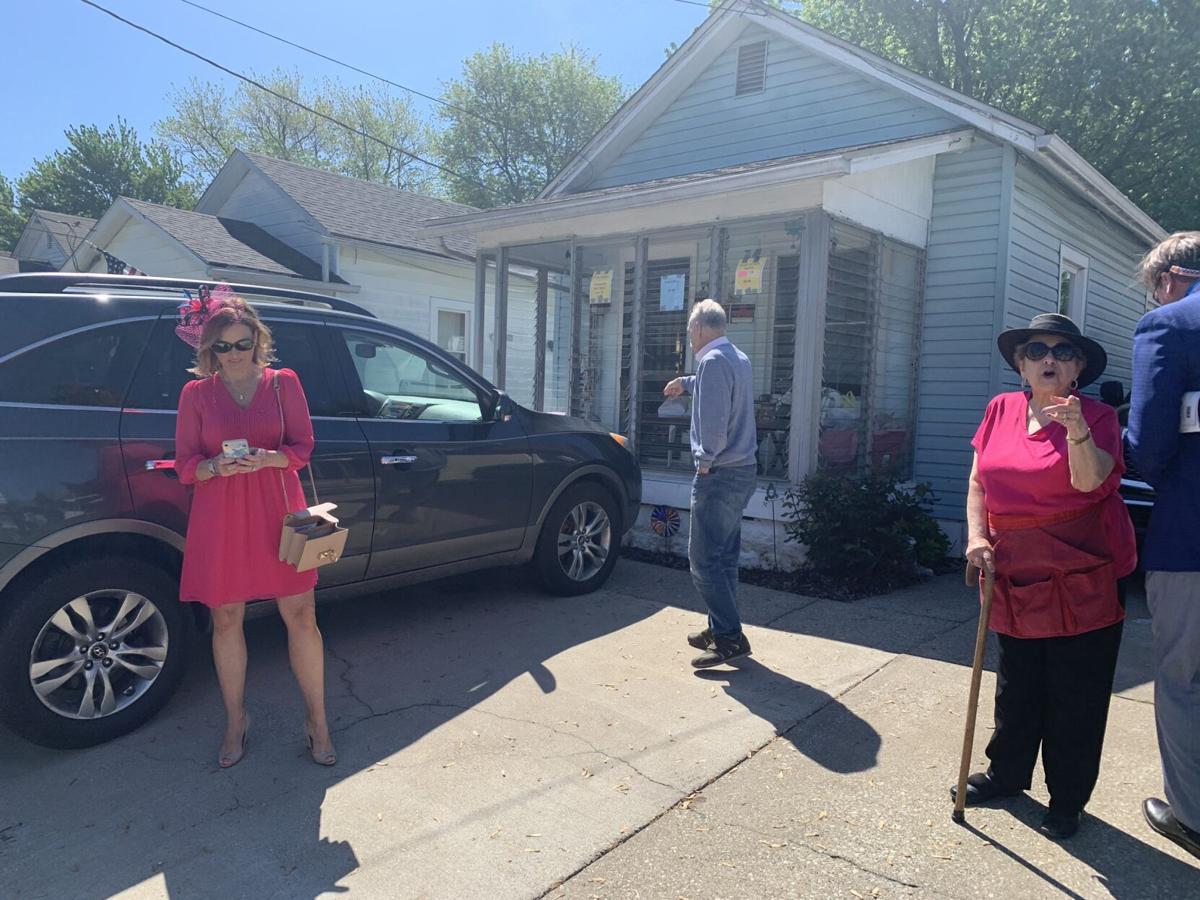 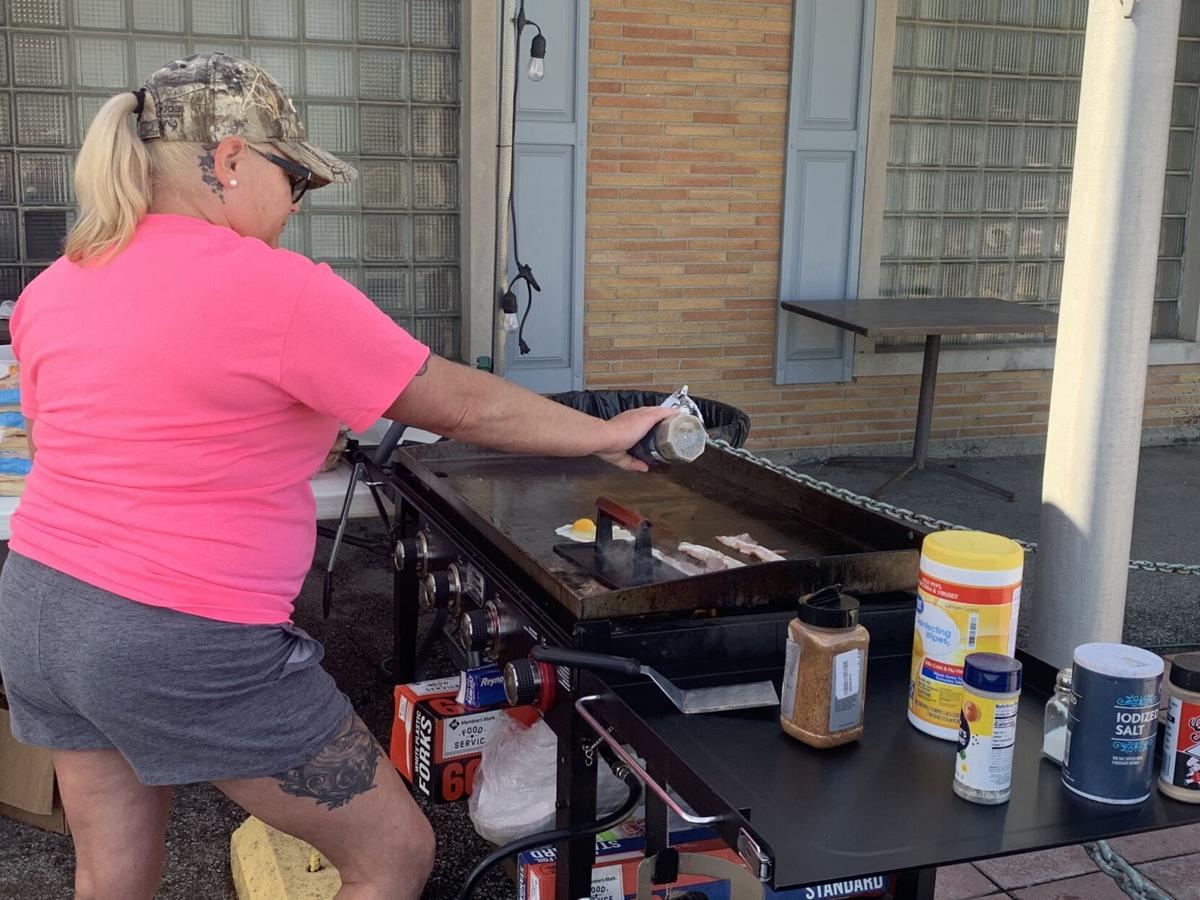 "Oh it's amazing," said Erika S., as she threw eggs and bacon on a grill outside the local VFW on Lonfield Avenue. "I love watching the girls get out with their hats on and all that. It's actually feeling like Derby for a change."

Neighbors outside Churchill Downs all echoed the same emotion, saying last year as difficult without fans.

"It was even stranger when the Derby finally happened and you couldn’t park cars and it made it just like another day and Derby’s not supposed to be another day. It’s supposed to be a city-wide party," said Michael Cochran, who lives near the track.

Cochran said his landlord lets him use his property to park cars each year for fans coming to Churchill Downs.

"I get four (cars) in the front usually. I can get 17 in the back and five or six in the alley. Multiply that by $25, it’s not bad for standing out here with a plastic sign," he said.

This year with limited capacity at the track, Cochran said he'll be lucky to get 10-15 cars total, but he's thankful it's a step toward a more typical Derby year.

"Since last year was non-existent this year means even more," he said. Cochran said the cash flow from people parking nearby is something neighbors have grown to depend on.

Just across the street, his neighbors use their driveway to allow a select few "regulars" to park for the weekend.

"We’ve been parking here since 1998," said Joe Shultz, who lives in Crestwood.

Sandra Slater and Shultz have become friends over the years, and she knows to save him a spot at her house for Oaks and Derby.

"They always treat us well. They always have a parking space for us, cold drinks, it’s always a good time at Derby, when you park at Mrs. Slater’s house," said Shultz.

Like her neighbor, Slater said she's thankful to have fans back for the weekend.

“Oh it was heartbreaking (last year). Financially, and mostly in my heart. This is my favorite time of year, this and Christmas, but mostly this," said Slater.

Slater proudly mentioned she's 79-years-old and her first Mint Julip at the Derby cost her $5.

While some guests attending Oaks make it a yearly tradition, others are coming to Louisville this weekend for the first time.

"I’m a second grade teacher during the pandemic so I decided to take the day off to spend with my wonderful friend and family to have a little break from just being on zoom all day," said Jess, from California.

Another group of friends from Maryland told WDRB they're here for a 50th birthday celebration, and called coming to Oaks and Derby a "buck list" event.