LOUISVILLE, Ky. (WDRB) – A coalition of 17 unions and social-justice minded nonprofit groups is calling on Kentucky lawmakers to raise taxes on slot-like historical horse racing machines, saying the gaming activity is “vastly under taxed compared to slot machines in other states and compared to other forms of gambling in Kentucky.”

The call comes as lawmakers are expected this week to introduce and advance a bill aiming to legalize the state’s six racetrack-owned gaming venues in response to a 2020 Kentucky Supreme Court decision casting doubt on the machines’ legality.

“Legalizing this activity but failing to adequately tax it will continue to shortchange schools, health care, infrastructure and other vital services while giving the green light to further expand this rapidly-growing form of gambling across the commonwealth,” the group said in a press release issued by the progressive Kentucky Center for Economic Policy.

RELATED: SUNDAY EDITION | Is Kentucky being ‘shortchanged’ on its ‘slots’?

Some Republicans have expressed support for gleaning more tax revenue from historical gaming. The GOP dominates the Kentucky House and Senate.

But No. 2 Republican in the Senate, Majority Flood Leader Damon Thayer, told WDRB in 2019 that any effort to raise taxes on historical horse racing would be dead on arrival in his chamber.

The coalition said the issue of taxing historical horse racing at a higher rate “has become even more important as the number of slot machines has proliferated rapidly in recent years across the commonwealth as and the industry constructs new facilities for the purpose of offering slot machines to patrons.

“Even while Kentucky has had a decades-long debate on whether or not to allow casino gambling, casinos have, in fact, been quietly introduced in the form of (historical horse racing),” the group said. 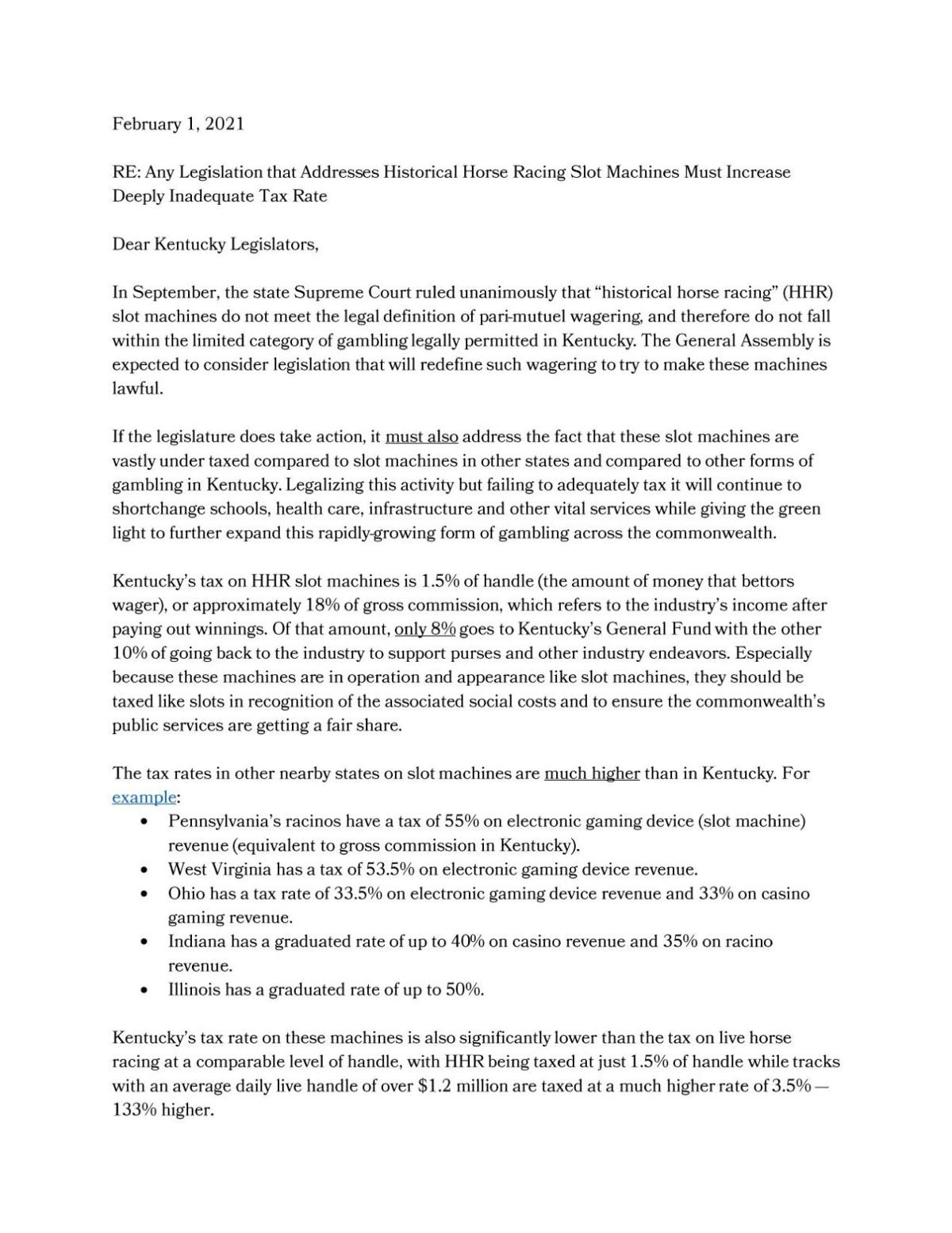