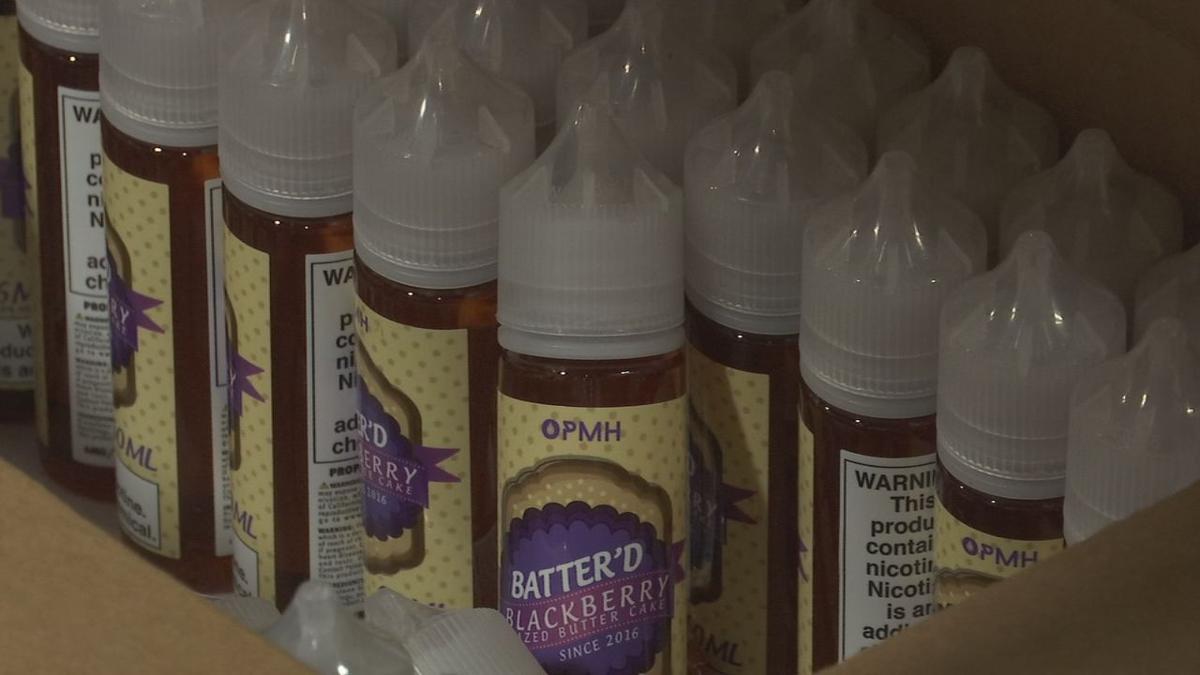 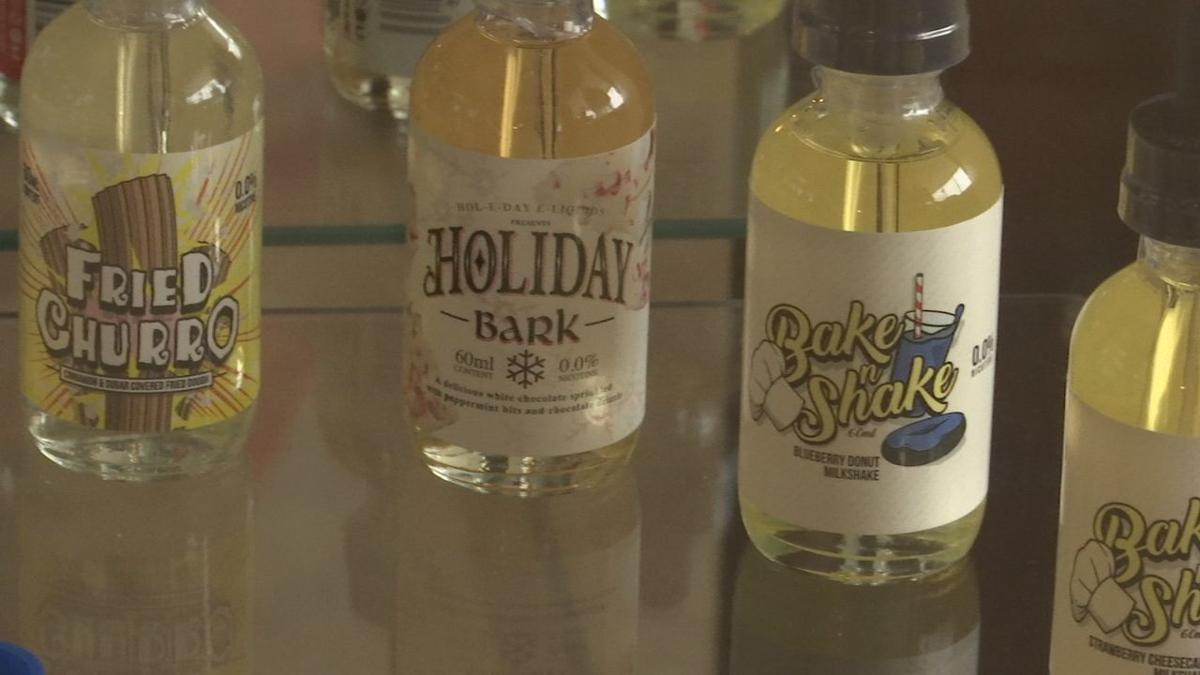 LOUISVILLE, Ky. (WDRB) – A state lawmaker prefiled a bill Monday that would restrict the sale of flavored vapor products to registered stores that require age verification and bar their sale online as part of a broader attempt to curb teen nicotine use.

The bill prefiled by Rep. Jerry Miller, R-Louisville, would mandate that flavored vaping products, except those that taste like tobacco, be sold in stores limited to patrons at least 18 years old and licensed through the Kentucky Department of Alcoholic Beverage Control at $500 per location. Online and catalog sales of flavored vapor liquids and Juul devices would also be banned under Miller’s prefiled legislation.

“There has been altogether too many incidents of minors using vapor products, some of which they’re not really even sure what’s in it,” Miller said during a news conference outside Eastern High School.

The proposed legislation comes days after Juul announced that it would suspend the sale of its flavored e-cigarettes, except for mint and menthol.

Miller’s bill would include mint and menthol flavors in its stricter sales regulations and take such devices and products out of convenience stores, groceries and gas stations. It would also require retailers to obtain real-time age verification through an online third-party source by 2021, and those who sell vaping products to minors, both retailers and individuals, would face penalties, including a possible loss of licensure by stores.

Miller said the legislation unveiled Monday dovetails with another bill he prefiled in August that would impose a 27.5% inventory tax on vapor products.

The millions generated by the new tax, which would also include tobacco products like chew and snuff, would be earmarked for the state’s ailing pension systems and to help fund provisions of the School Safety and Resiliency Act, which the General Assembly passed during this year’s session, he said.

He estimated that the e-cigarette tax alone, if passed by the legislature, would bring in about $18 million in new revenue that the state “desperately” needs to fund public-sector pensions and school-safety measures.

Higher taxes and age-specific restrictions are key pieces of Miller’s attempt to keep vaping products out of the hands of youth.

That’s a problem that school districts like Jefferson County Public Schools has grappled with in recent years.

During the 2018-19 school year, confiscations of nicotine-related products from JCPS students jumped by about 140% from the previous year, according to data obtained by WDRB News. The sudden increase prompted JCPS to unveil a new awareness campaign called “Vaping Equals,” which teaches kids about the health risks associated with vaping.

The daily rate of nicotine-related confiscations at JCPS has dropped in the first 30 days of the 2019-20 school year, data reviewed by WDRB News show.

“It’s important work that we must continue to do in order to prevent the nicotine use from our students,” Pollio said during Monday’s news conference, which also included support from the Foundation for a Healthy Kentucky and Greater Louisville, Inc.

Whether the bill will gain favor in the General Assembly remains to be seen, although Miller says he’s optimistic of its chances in next year’s session.

Miller told reporters Monday that he was glad HB 383 didn’t gain traction in this year’s General Assembly because it would have favored Juul devices over other vaping products, something he said he wasn’t aware of when he originally filed it.

“That was not my intention,” he said. “I did not make an effort to get it heard last session. I wanted it on the radar screen so we could work on it more diligently, which I have this summer.”

He says he thinks the prefiled bill unveiled Monday has an “excellent” chance in the House, “and frankly I think it will get through the Senate as well.”

“The tax element may be more difficult,” Miller said.

The legislation Miller prefiled Monday has support from some in the vaping industry.

“I think it’s important that we take the sales of this product and make that they’re only in 18-plus establishments because those are the people that control the people that walk through the door,” Troy LeBlanc, owner of Derb E Cigs and president of the Kentucky Smoke Free Association.

“We’ve been asking for regulation for years, and sensible regulation,” he continued. “We don’t believe an all-out ban would work.”

But other groups say Miller’s proposal doesn’t go far enough to keep kids from taking up the habit of vaping.

A joint statement from the American Heart Association, American Lung Association, Campaign for Tobacco-Free Kids and Kentucky Voices for Health called for a complete ban of flavored vaping liquids and products.

But Miller seemed uninterested in an outright ban on flavored vaping products similar to ones implemented in other states and floated as a possibility at the federal level by President Trump in recent weeks.

“I’m not trying to do that,” he told WDRB News after Monday’s news conference. “I think there is a legitimate role for e-cigarettes, particularly the tobacco-flavored ones, for people getting off of tobacco products, cigarettes. I don’t want to diminish the ability of people to get off cigarettes if they’re really trying to do that.”