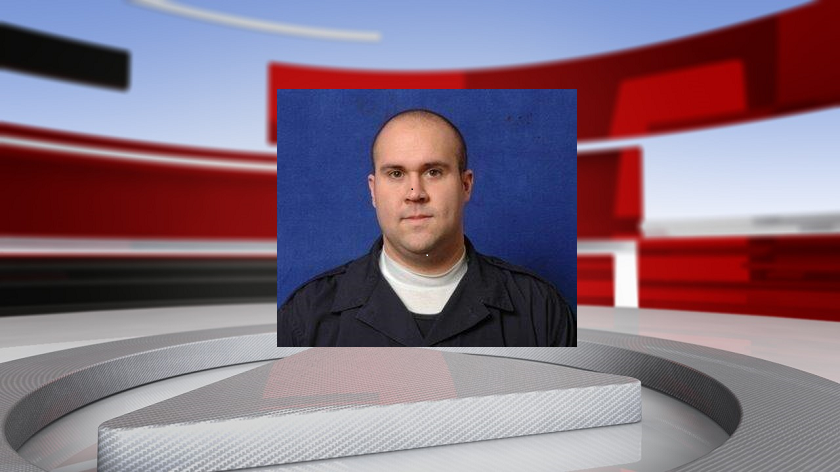 LMPD Det. Brian Bailey, who is on administrative reassignment while police investigate claims he sexually assaulted four confidential informants. He secured more warrants for residences, often relying on informants, during an 18-month period in 2019-20 than any other officer. 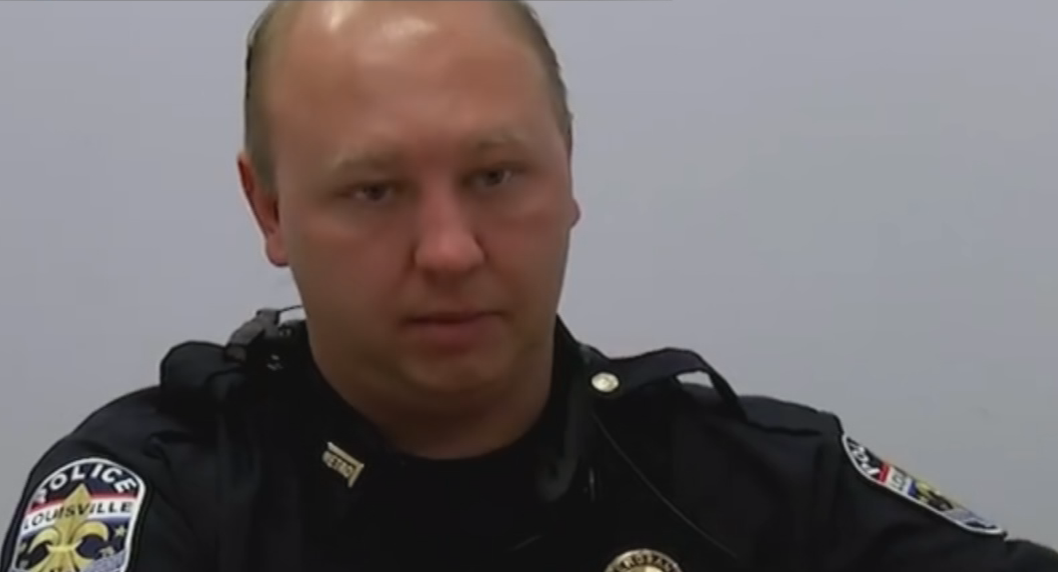 LMPD Det. Brian Bailey, who is on administrative reassignment while police investigate claims he sexually assaulted four confidential informants. He secured more warrants for residences, often relying on informants, during an 18-month period in 2019-20 than any other officer.

LOUISVILLE, Ky. (WDRB) – A Louisville Metro Police sergeant investigating an officer accused of abusing three women he arrested has failed to properly look into the allegations and shown bias in his colleague's favor, according to a lawsuit.

Attorney Vince Johnson, who represents two women with lawsuits against Det. Brian Bailey, claims there is no indication during the 18-month investigation that Sgt. Omar Lee has attempted to obtain Bailey’s cell phones, even though the detective is accused of texting sexually explicit photos to women he arrested and then forced to serve as confidential informants.

And Lee’s interview of Bailey last year has shown he is not interested in whether the detective is guilty of wrongdoing, Johnson claims in the amended complaint filed earlier this week in Jefferson Circuit Court.

"At one point during the interview Bailey asks if he is being charged and Lee responds: … 'Omar’s not going to charge you with anything,'" the complaint says.

Lee told Bailey that "we don’t have proof" and ended the interview, telling him "you’re free to go my friend," according to the suit.

Johnson says he obtained portions of the three ongoing Public Integrity Unit investigations headed by Lee earlier this month. He plans to ask a judge on Monday to add the complaint against Lee and his supervisor, Lt. Kim Burbrink, to the other pending suits.

The police investigations are not publicly available and have not been filed in court records.

Attorneys for the women claim LMPD’s investigation is not looking for proof Bailey committed a crime, even though some evidence was provided by the alleged victims.

One of the women who was interviewed in Feb. 2020 about Bailey’s alleged conduct, provided clothing that she believed contained Bailey’s semen, according to her attorney, Stanley Chauvin.

The new suit claims initial testing of the clothing performed in March 2020 "showed the presence of bodily fluid or semen."

But while Lee did request Bailey provide a DNA sample, he told him "the reason why I’m doin' the DNA collectin' myself" versus the department’s crime unit "is to try and leave as many people out of it," according to the suit.

The results of the testing conducted in May 2020 were not provided to Johnson.

Also, besides the three woman who have filed lawsuits, another woman has made similar accusations against Bailey and provided pictures of recent texts, allegedly from Bailey, making sexually explicit remarks and asking to come to her home.

In fact, she claims Bailey texted pictures of his penis to her in the last year.

Some of the texts were turned over to attorneys for the city and the alleged victims earlier this year.

The women suing the city and police also claim Bailey coerced them into sending him sexually explicit photos of themselves.

When asked by Lee if he specifically requested one of the women, "Jane Doe 2," to send nude photographs, he responded: "I don’t believe so, no," according to the suit.

Not only did Lee not examine Bailey’s work or private phone, he only requested Jane Doe 2’s cell phones a few months ago, the suit claims.

Johnson claims police obtained recorded jail telephone conversations made by Doe 2 from Jan. 25, 2020 through April 21, 2020 in which she confirmed Bailey’s sexual abuse and mentioned first names of other Bailey victims.

Also, the suit claims Lee had a "preliminary" conversation with Bailey off the record about the allegations from one of the women, which is a violation of standard operating procedures.

"This is highly improper and all discussions between Lee and Bailey should have been recorded," Johnson wrote in court records.

Bailey has not been criminally charged, but his police powers have been suspended while he remains on an administrative reassignment. His attorney, James McKiernan, has repeatedly declined to comment. LMPD does not comment on pending litigation.

The suit claims LMPD has long had enough evidence to terminate or suspend Bailey but didn’t even put him on administrative reassignment until May 27, 2020.

"As a result of the defendants' negligent, grossly negligent conduct, Bailey was permitted to victimize other women including the plaintiffs herein named," the complaint concludes.

As Lee's supervisor, according to the complaint, Burbrink would have been notified of the allegations in early 2020 and would have had the authority to suspend Bailey at that point.

The Kentucky Center for Investigative Reporting and WDRB first documented Bailey’s pattern of questionable warrants and accusations of sexual misconduct with confidential informants in February as part of the news organizations’ ongoing examination of LMPD search warrants in the wake of the 2020 fatal shooting of Breonna Taylor.

The first woman sued Bailey and the LMPD in October 2020, alleging Bailey coerced her into becoming an informant and forced her to engage in oral sex with him. A second woman asked to join the suit a month later with the same allegations.

The two women say Bailey sexually harassed and assaulted them for two and three years, respectively. The women do not know each other.

"Jane Doe 3" claims in a lawsuit filed last month that she was detained in June 2017 by Bailey and his partner, Jared Williams, who is also named as a defendant.

The woman claims Bailey sexually abused her multiple times through May of last year, according to the suit.

In an interview with Lee on February 17, 2021, she said she gave Bailey oral sex on numerous occasions to avoid arrest and criminal prosecution, according to the suit.

LMPD has acknowledged in court records that a woman filed a complaint with police in February accusing Bailey of sexual misconduct while she was an informant.

The three woman are also suing officers involved in a 2016 criminal investigation of Bailey, in which a different woman told police investigators that Bailey had touched her breast while in his office, sent her pictures of his penis from his cellphone and coerced her into sending him sexually explicit photos.

The woman, who had been arrested by Bailey on drug charges, said she complied with the detective’s demands because he threatened to use her criminal case against her — saying a conviction would stop her from going on field trips with her daughter.

Despite her allegations, LMPD investigators waited more than eight months to try to interview Bailey before closing the case as "unfounded" after he refused to be interviewed.

There is no indication the Public Integrity Unit, which investigates officers for potential criminal charges, tried to obtain Bailey’s cellphone for forensic testing.

In addition, police never opened an internal investigation with its Professional Standards Unit, according to court documents and records provided by LMPD. It is typical LMPD practice to do so after a criminal probe is complete.

That would have let investigators look for violations of police procedure and could have compelled Bailey to talk and provide his cellphone.

The woman, who is not being identified by WDRB and KyCIR because she is an alleged victim of sexual abuse, has not joined the lawsuit with the women currently suing LMPD and the city over Bailey’s alleged actions.

This story follows reporting done in collaboration with the Kentucky Center for Investigative Reporting.