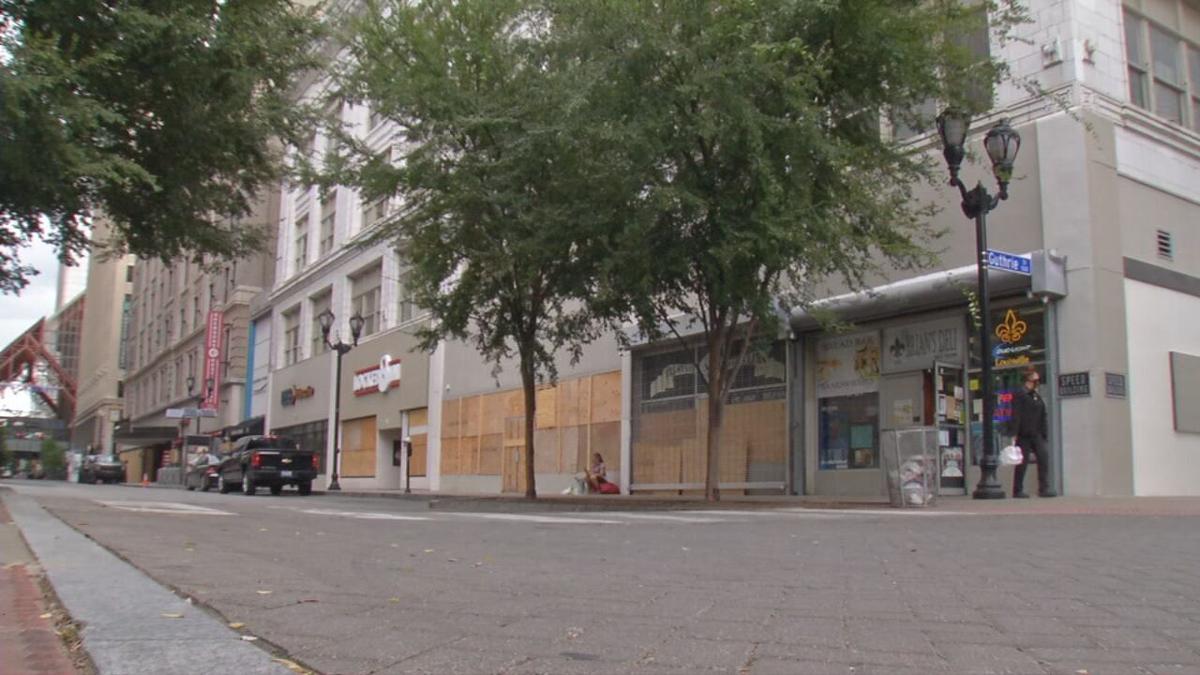 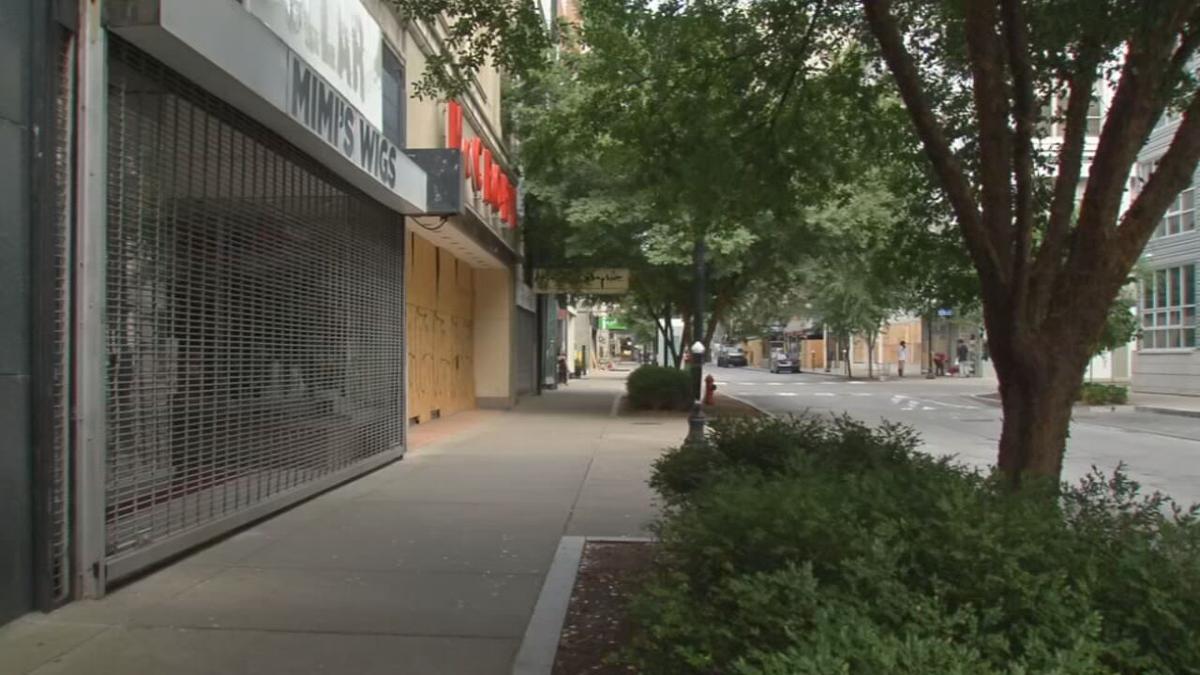 LOUISVILLE, Ky. (WDRB) -- The signs on the doors said open, but barricades and street closures emptied a lot of downtown businesses Tuesday.

Fourth Street Live! was all but dead. Brian's Deli on South Fourth Street was one of the few downtown businesses that opened.

"It's been pretty slow. It's sad to see all the stores closing down. We opened at 8 a.m., probably only seen about 30 customers all day," owner Brian Kim said. "Bunch of other business owners, they come to me throughout the day, and they're like, 'We're going to leave. Please be safe.'"

Throughout downtown Louisville, many businesses are covered with boards, and most are closed for a few days or the week. Kim said, right now, that's not an option for his family's business.

"We got bills to pay too, just like everybody else," he said.

On Monday night, crews installed barricades, blocked several downtown streets, and most downtown companies told employees to stay home. Those were just some of the steps that were taken as the city waits and prepares for an announcement in the Breonna Taylor investigation.

Carol Hampton with Pix Shoes on South Preston Street, said between the pandemic and protests, it's been a tough year.

"Not a lot of action downtown," she said. "This is the worst year for most all of us."

Despite missing the usual Easter, Mother's Day and Kentucky Derby boost in sales, Hampton said customers were starting to return.

"Up until today, yes, but not many today," she said.

There are no boards outside the store, but Hampton's feelings are on display in the front window. There are signs that say "Breonna Taylor" and "Black Lives Matter."

Kim doesn't know what to expect in the Taylor case or from protesters, but he shared what you can expect from him.

"We're going to stick it through," he said. "Unless things get violent, then we'll go."