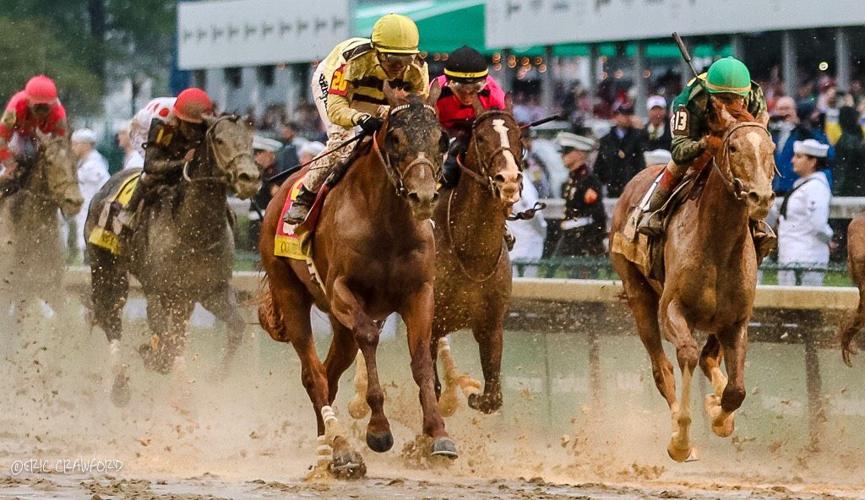 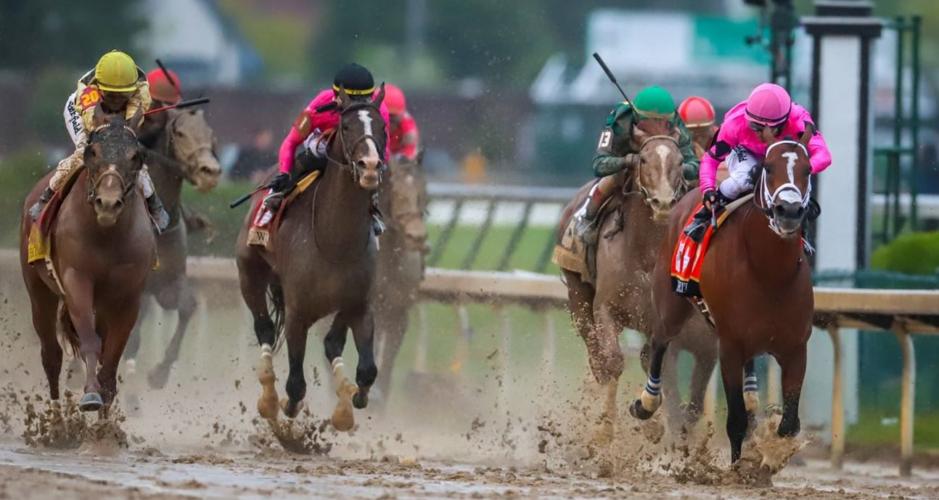 Maximum Security (right) and Country House (left) battle down the stretch in what would go on to be a historic Kentucky Derby finish. (WDRB Photo)

LOUISVILLE, Ky. (WDRB) -- As a steady rain fell over the track on a cloudy day, Maximum Security crossed the finish line first at the 145th Kentucky Derby on a "muddy" track Saturday at Churchill Downs.

Country House and Code of Honor crossed the line place and show, respectively, but then came a wait.

The result was contested after Maximum Security appeared to swing wide around turn four, bumping War of Will, which caused a domino effect that Country House's connections argued affected their horse's ability to close down the stretch. Slow-motion video appears to show Maximum Security and War of Will's legs hit multiple times coming around the turn.

After more than 20 minutes, Country House, who went off with 65-1 odds, was declared the winner, the first time in Kentucky Derby history that the unofficial winner was disqualified after an objection. The only similar instance came when Dancer's Image was disqualified in 1968 after a post-race drug screen. The last objection was in 2001, made against Monarchos.

To read the sections of the administrative regulations for the Kentucky Racing Commission, see below. Sections 12 and 13 specifically focus on what happened Saturday: 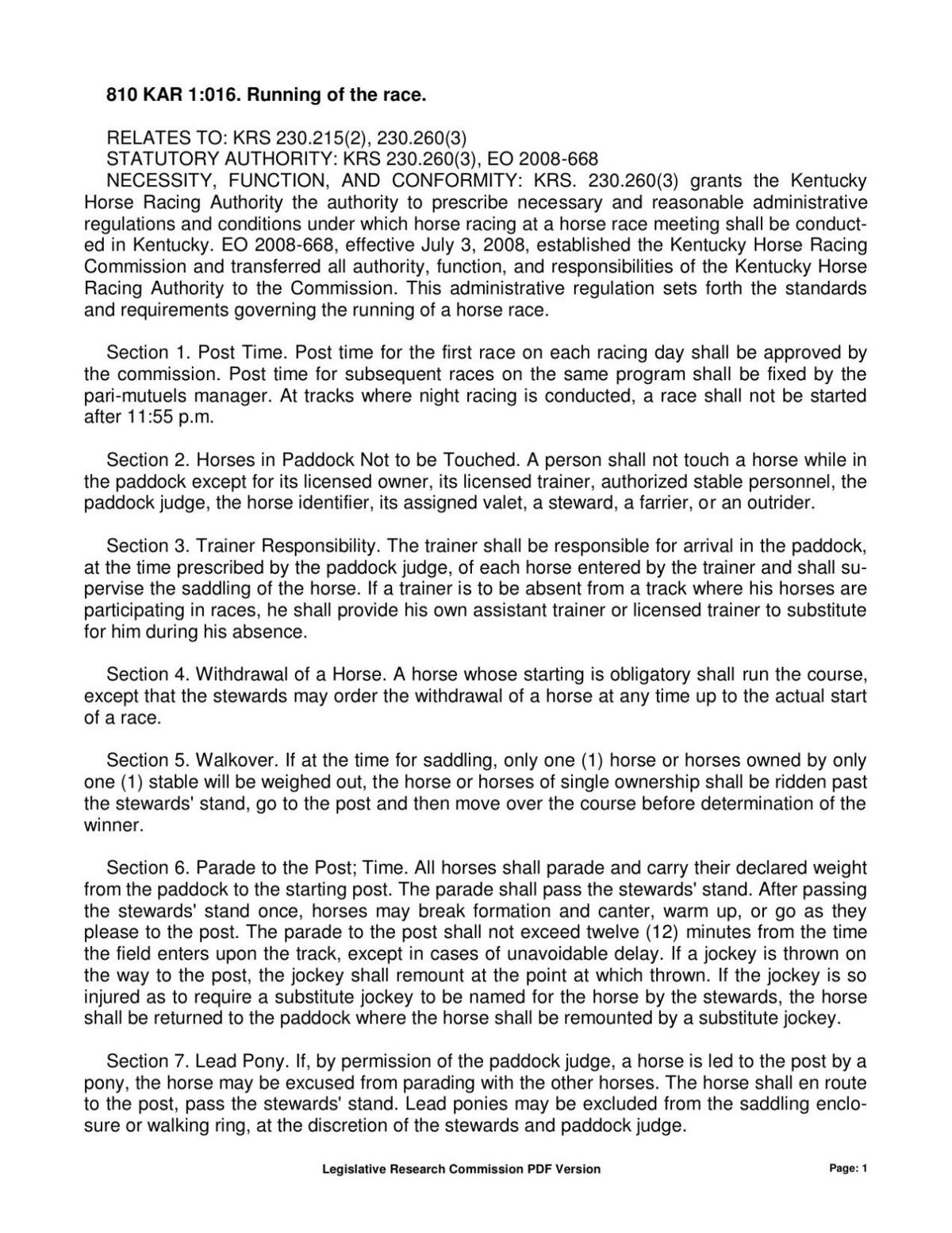 The stewards from the KRC who made the decision read a statement after 9 p.m. Saturday to explain the decision. They said the objection against Maximum Security was filed by War of Will and Long Range Toddy. Barbara Borden, chief state steward for the KRC, said after a review which included interviews of the jockeys, they determined Maximum Security "drifted out and impacted the progress of (War of Will), in turn, interfering with (Long Range Toddy) and (Bodexpress)."

Borden said the stewards unanimously disqualified Maximum Security, who was placed in the finishing order at No. 17, below the lowest-finishing horse that he was deemed to have bothered, which is KRC procedure.

They did not take questions following the statement. Below is Borden's full statement:

“The riders of the 18 and 20 horses in the Kentucky Derby lodged objections against the 7 horse, the winner, due to interference turning for home, leaving the quarter pole. We had  a lengthy review of the race. We interviewed affected riders. We determined that the 7 horse drifted out and impacted the progress of No. 1, in turn interfering with the 18 and 21. Those horses were all affected, we thought, by the interference. Therefore, we unanimously determined to disqualify No. 7 and place him behind the 18, the 18 being the lowest-placed horse that he bothered, which is our typical procedure.”

The official finish on Saturday's race, after the objection, is below. It was the second-biggest payoff in Kentucky Derby history.

For more information on Country House's background and pedigree, click here. He had the second-longest odds from a winner in Kentucky Derby history.

While it wasn't the record-setting miserable day that came at the track in 2018, a steady rain fell for several hours leading up to post time. Gray skies never lifted, and a light rain began to fall around 3:30 p.m. and continued for several hours, intensifying in the final hour before the race. The track was downgraded to "muddy" around 6:25 p.m.

Country House will likely look to continue his run to the 14th Triple Crown in racing history with the Preakness Stakes on May 18 at Pimlico in Baltimore.

The listed attendance at Churchill Downs was 150,729.