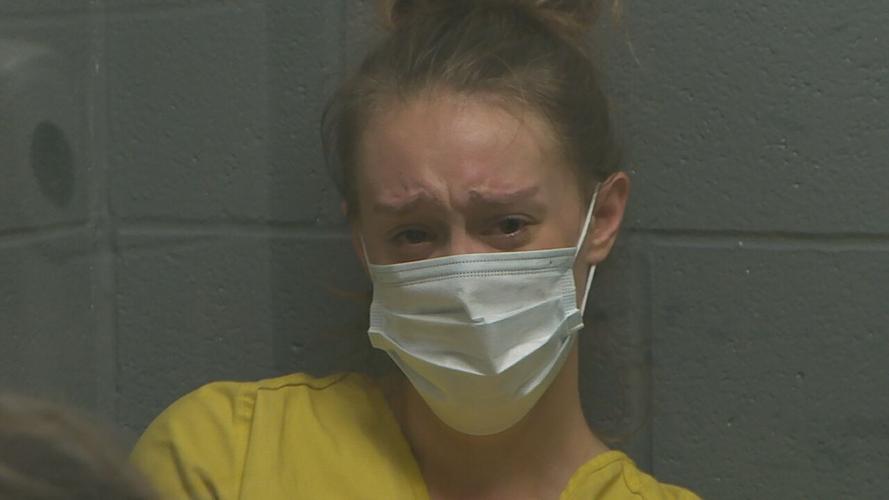 This image taken from video shows 28-year-old Ashley Catlett during a court appearance in Louisville, Ky., on Aug. 24, 2022. She is accused of leaving the scene of a crash that killed a motorcyclist in the early morning hours of Aug. 23, 2022. 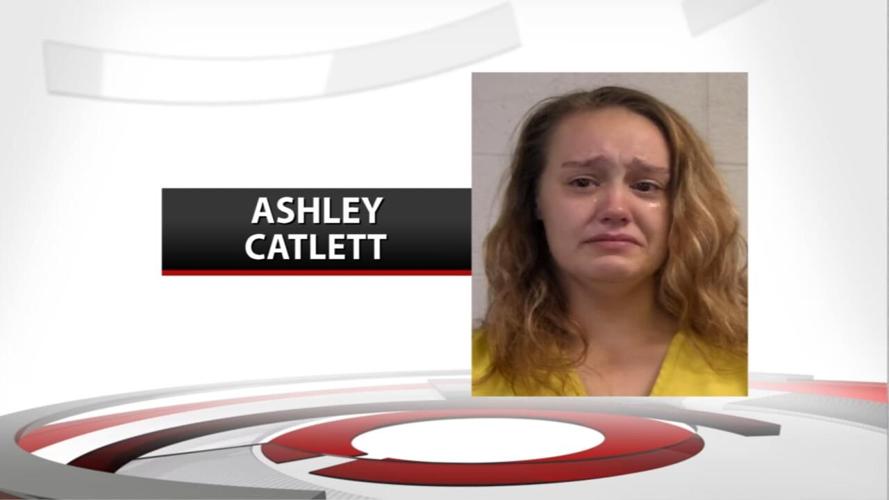 LMPD said Ashley Catlett, 28, was the driver who turned left and hit a motorcyclist on Outer Loop, Tuesday morning. Catlett left the scene and ran away on foot. 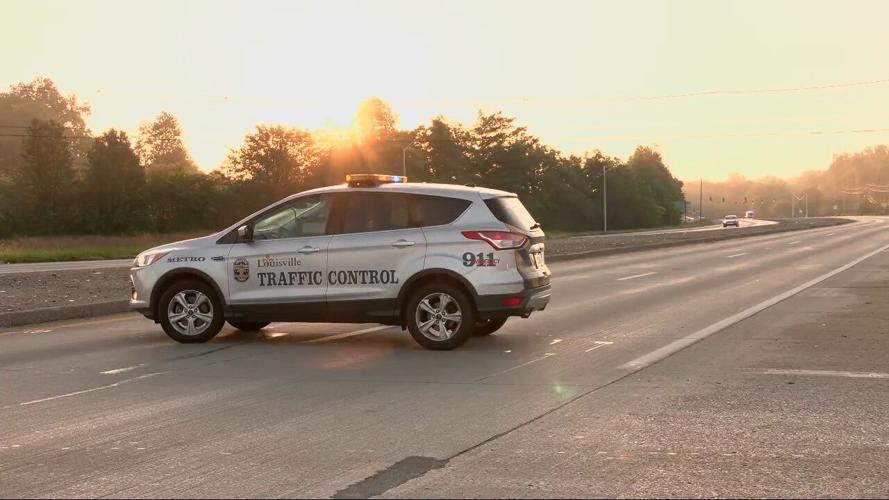 This image taken from video dated Aug. 23, 2022, shows LMPD investigators on the scene of a hit-and-run crash that left a motorcyclist dead on the Outer Loop near Minors Lane. (WDRB/Pete Ruiz)

Ashley Catlett will be put on home incarceration if she posts the bond.

LOUISVILLE, Ky. (WDRB) -- The woman charged with leaving the scene of a crash that killed an off-duty Shelbyville Police officer cried during her court appearance Wednesday.

Police said Ashley Catlett, 28, was the driver who turned left and hit a motorcyclist Tuesday morning on Outer Loop. Catlett ran from the scene but left her car and purse there, which helped lead investigators to her.

According to her arrest citation, Catlett was trying to turn left onto Briarcliff Road from Outer Loop around 3 a.m. Aug. 23 when she collided with the motorcycle. Police said the motorcycle's rider — 50-year-old Shelbyville Police Officer Thomas Elmore — was thrown more than 90 feet after impact. He died at the scene.

Police said Catlett left her car at the scene and ran to a nearby friend's house for help after the crash. When a witness called 911, Catlett ran again. Police traced her to the crime scene using her purse and ID that she had left in the car.

During Catlett's court appearance Wednesday, the county asked for a $50,000 bond, but public defender Michael Harrell argued for house arrest.

"There are four homicide charges in Kentucky. She's not charged with a single one of them," Harrell said. "She is charged with leaving the scene and unfortunately causing serious physical injury or death, which makes it a D felony."

Court records indicate Catlett does not have a driver's license or insurance.

Judge Annette Karem decided to grant the request for a $50,000 bond after looking at Catlett's previous criminal history, which includes charges of domestic assault, possession of drugs and DUI. She'll be under house arrest if she's able to post bond.

Kentucky and Indiana police are collecting license plate data. Some have no policies for it.

GE Appliances to cut 5% of salaried workers amid soaring costs