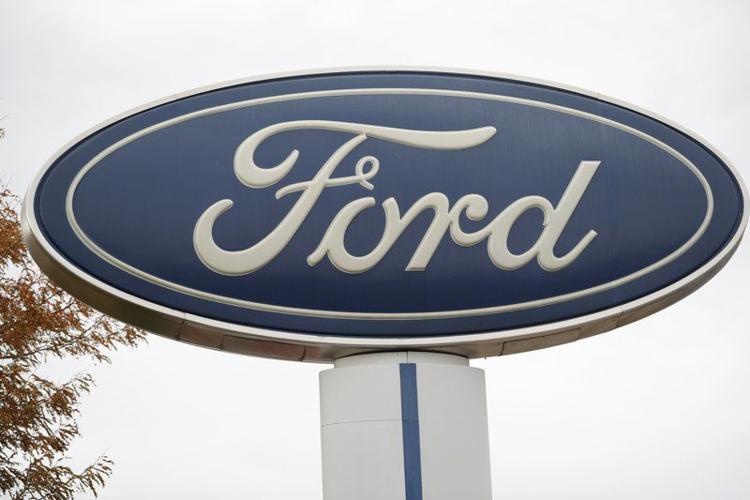 FILE - In this Oct. 20, 2019, file photo, the company logo stands over a long row of unsold vehicles at a Ford dealership in Littleton, Colo. (AP Photo/David Zalubowski, File) FILE - In this Oct. 20, 2019, file photo, the company logo stands over a long row of unsold vehicles at a Ford dealership in Littleton, Colo. (AP Photo/David Zalubowski, File)

LOUISVILLE, Ky. (WDRB) – Ford Motor Co. continues production at its U.S. plants despite a call over the weekend from a high-ranking union leader in Louisville for a temporary layoff to prevent the spread of the novel coronavirus.

Herb Hibbs, UAW Local 862’s building chairman for Louisville Assembly Plant, said in a letter to workers that he has received “thousands of calls and/or emails” with employee concerns regarding COVID-19.

He called for closing the plant, where Ford produces the Escape and Lincoln Corsair, for a “minimum” of two weeks as a preventative measure.

"As Chairman and the Leader of our membership here at LAP, I do not want to wait to see if we have a case here at the plant before we react," Hibbs said in the letter, which was posted to a private worker Facebook page on Sunday morning. "I would like to see Ford Motor Company be proactive instead of reactive."

Kelli Felker, a spokeswoman at Ford’s corporate headquarters near Detroit, said worker safety is the company’s “top priority” and she reiterated Ford’s announcement Sunday that it has formed a “joint task force” related to coronavirus prevention with the UAW and rival automakers General Motors and FCA to “enhance COVID-19 protective measures for our workforce.”

There have been no known COVID-19 cases at Ford’s U.S. plants, Felker said.

In a phone interview Monday, Hibbs told WDRB News that the company has taken some helpful measures, but he still thinks a two-week shutdown is necessary. Those measures include adding 17 people to the company's contracted cleaning crew for LAP and constant wiping down of surfaces like door knobs and turnstiles.

Hibbs said one concern is that many workers have to care for elderly family members and also for children, as schools and day cares are shut down.

"A facility with 4,000 people, it's kind of hard to know what everyone does in their day-to-day lives," he said.

In a memo dated Monday, UAW 862's building chairman for Kentucky Truck Plant, Allen Hughes, said his "auditing" the cleanliness of the bathrooms and pushing for leniency on discipline actions for employees who miss work.

He said the plant still has not received a shipment of hand sanitizers and wipes that the company had promised.

UAW Local 862 President Todd Dunn said Monday that national union leaders have been pushing automakers for a "short reprieval period," but part of the discussion is how workers will get by without paychecks.

More senior UAW members have supplemental unemployment insurance from the company to partially replace wages in a layoff, but not all workers have that benefit.

"We are looking at every option, every angle, every detail," Dunn said. "... We don't want this to devastate anyone's family because they don't have income."