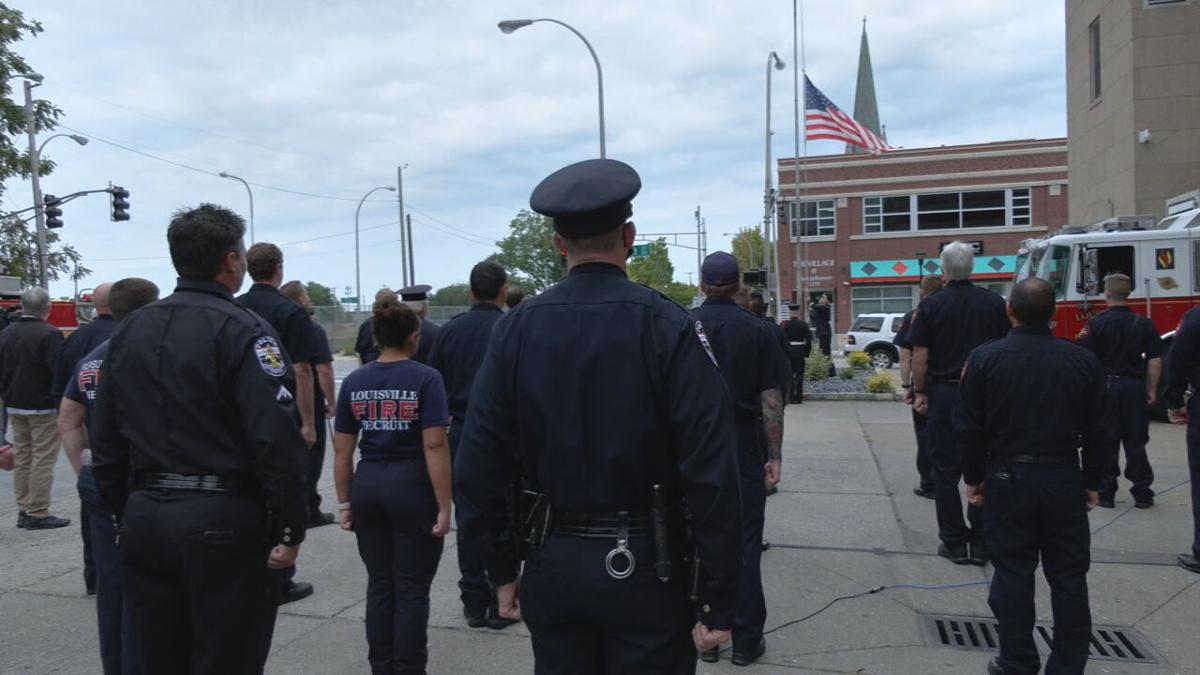 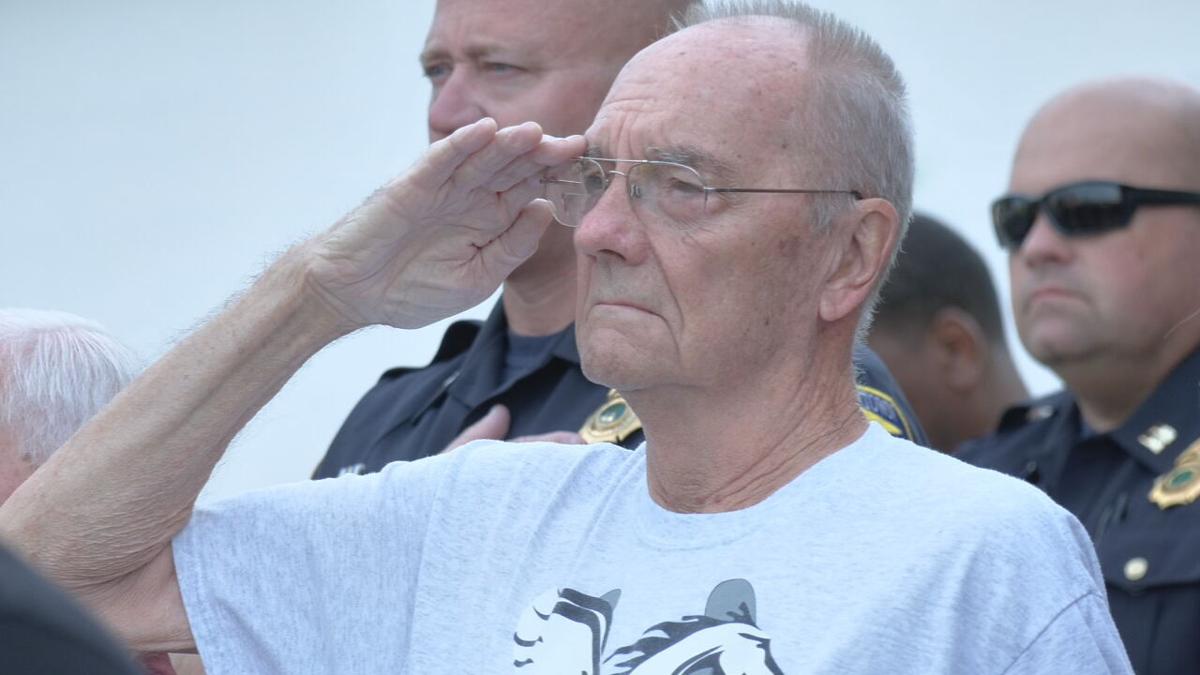 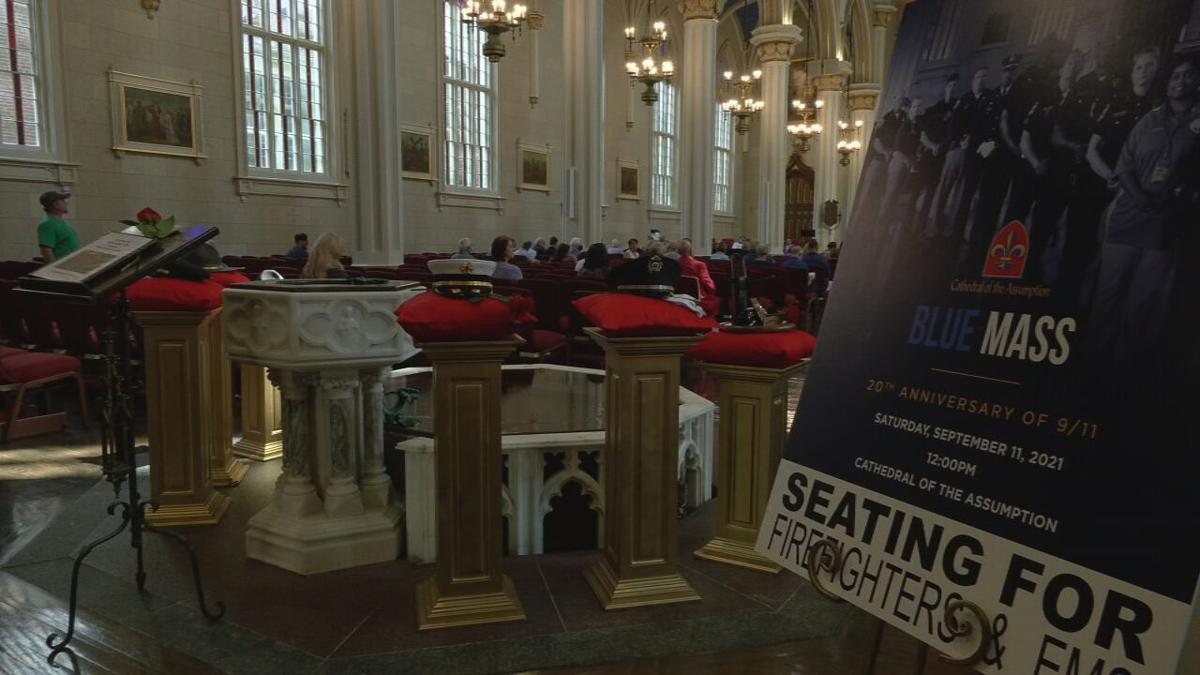 Blue Mass at Cathedral of Assumption in remembrance of 9/11

Blue Mass at Cathedral of Assumption in remembrance of 9/11

LOUISVILLE, Ky. (WDRB) -- Twenty years ago Saturday, America was forever changed by the terrorist attacks on 9/11.

First responders, survivors and citizens took time to reflect and remember the sacrifices made and the thousands of lives lost that day at various ceremonies in Louisville.

In the 20 years since 9/11, memories for survivors and witnesses have not faded.

"It was mesmerizing, surreal, sickening. I knew I had just lost so many colleagues, acquaintances, friends," Kim Godin said during Jeffersontown's remembrance ceremony.

Godin, who now lives in Jeffersontown, worked at the World Trade Center at the time of the attacks and managed to get out.

"I looked up at the North Tower, the tower I was supposed to have been in on the 99th floor, and smoke was billowing," Godin said. "It took me a few seconds to realize I was watching people determine whether they were going to burn to death or jump and hit right near where I was standing. It was totally surreal. In fact, it still is."

"We couldn't believe that our country was under attack," said Jeffersontown Police Chief Richard Sanders.

Sanders worked in Washington, D.C. then - and saw American Airlines Flight 77 crash into the Pentagon.

But what he remembers most is what came immediately after.

"When the plane hit the Pentagon, the fire just erupted, shot up into the air and the black billowing smoke came up," said Sanders. "But then what I saw was everybody working together. Working together - police, fire EMS."

Honoring the sacrifices and heroism of first responders was a common theme in many of the 9/11 ceremonies in the Louisville area.

Louisville firefighters displayed a steel piece from the World Trade Center outside the Cathedral of Assumption's Blue Mass, a service which recognizes all Louisville first responders who've died in the line of duty.

"It's nice that they not only recognize what happened 20 years ago," said Louisville Fire Battalion Chief Maj. Bobby Cooper. "But the work that our police officers and our firefighters and our EMTs and paramedics and other first responders do everyday here locally, too."

Many not only wishing to give their thanks, but to ensure the sacrifices made on 9/11 are never forgotten.

"We shall never forget. And God bless everyone of you who served to protect all of us in your various capacities," said Godin. "And God bless America."