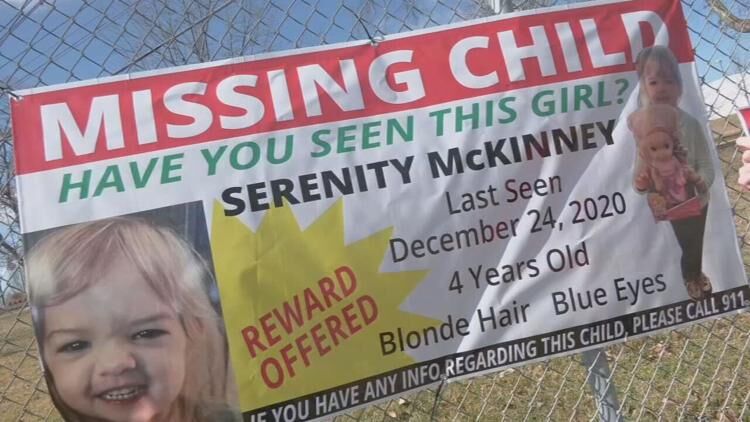 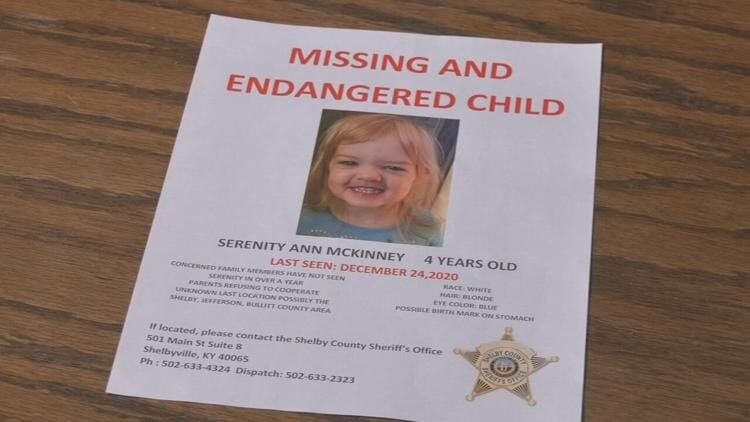 Serenity mother, Catherine McKinney, and her mother's boyfriend, Dakota Hill, were both charged with murder and abuse of a corpse.

Serenity McKinney was first reported missing in February 2022 after her grandparents said they hadn't seen her since Christmas Eve of 2020. A search for the child was quickly underway, and by the end of that month, officials located a body in a wooded area near the Jefferson-Bullitt County line, believed to be the 4-year-old girl.

Serenity mother, Catherine McKinney, and her mother's boyfriend, Dakota Hill, were both charged with murder and abuse of a corpse. They are both currently in the Bullitt County Jail.

Serenity paternal grandmother, Melody Roller, told WDRB News she has been in consistent contact with the Bullitt County Coroner's Office awaiting confirmation that the body discovered was in fact of her granddaughter.

A WDRB News report in May 2022 revealed that Roller and family members had not set a date for a funeral service yet because the remains had not been released and they were still waiting on positive identification.

Billings said the hold up was DNA.

"We have to positively identify the remains that were found here in Bullitt County and we do that by DNA testing that's done by the state crime lab," Billings said in May.

According to Billings, the first DNA sample did not provide enough viable DNA to complete testing, so another sample was taken. On Friday afternoon, Billings confirmed that results are now in, and the body is confirmed to be that of Serenity.

Billings said he does not have information on a cause of death yet. He said that will be released in a final report at a later date.

According to Billings, the Kentucky State Police crime lab did the DNA testing, and the medical examiner's office has released the body to the Bullitt County Coroner's Office.

Roller said Billings has been "amazing" through this process.