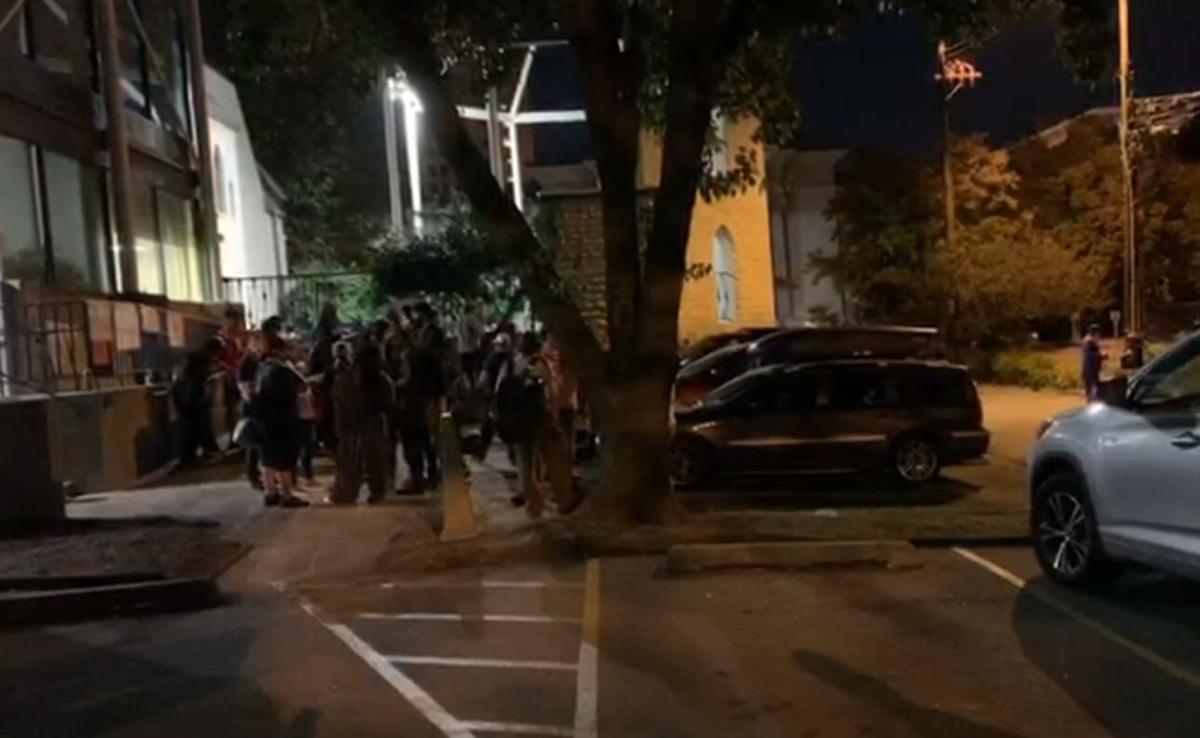 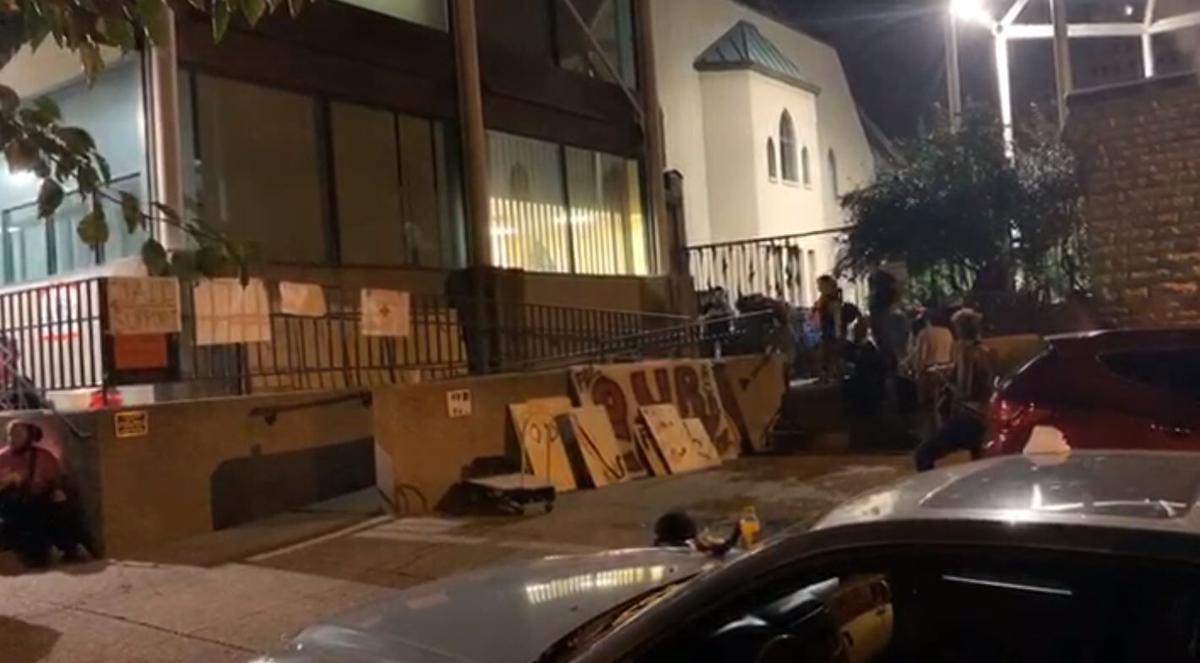 LOUISVILLE, Ky. (WDRB) -- On the fifth night of protesting in Louisville since the grand jury decision in the Breonna Taylor case, protesters once again gathered at the First Unitarian Church in downtown Louisville for refuge from Jefferson County's 9 p.m. curfew.

Sunday marked the 123rd consecutive day of protests ignited by Taylor's death during a March 13 raid on her apartment by Louisville Metro Police officers.

Protesters began using the church at 4th and York Streets as a shelter after 9 p.m. on Thursday, making Sunday the fourth night they gathered there after curfew.

A church clergyman told WDRB's Chad Mills in a Facebook live that the church had reached an "agreement" with the Louisville Metro Police Department that protesters would be asked to leave the church at 11 p.m. and have 45 minutes to clear out, however the clergyman said a lawsuit against the city challenging the curfew seems "imminent."

Protesters had gathered at Jefferson Square Park Sunday evening for a gathering that was much lighter than previous nights. There was also less police presence in the downtown area.

The group left Jefferson Square Park and began marching sometime after 8 p.m. before heading to the church ahead of the 9 p.m. curfew. Protesters at the church told WDRB that it would be a "quiet night," as many in the group were tired from a weekend of marching downtown.

The night came on the heels of a night where a car was set on fire at the Spalding University campus near the Unitarian church by a group of 10 to 15 individuals, according to an eyewitness.

Hundreds had gathered at Jefferson Square Park Saturday evening and marched through the city demanding justice for Breonna Taylor. Those who didn't want to stay past the 9 p.m. curfew left, while others gathered at the Unitarian church.

Police, fire officials, the Bureau of Alcohol, Tobacco, Firearms and Explosives and the FBI are working to identify who started the fire, according to a tweet from the FBI's field office in Louisville. WDRB News reporters at the scene observed damage to windows at Presentation Academy and Spalding University as well as graffiti on buildings in the area.

Twenty-five people were arrested Saturday night into Sunday morning, with 22 of those arrested facing curfew violation charges, according to an LMPD spokesperson. Since the protests started in response to the grand jury decision in the Taylor case, 200 people have been arrested.

The Jefferson County curfew is set to end at 6:30 a.m. Monday. It is unclear whether or not any arrests were made Sunday.